Mark Fairtex Abelardo did it.

The 26-year-old bantamweight, who goes by the nickname “Tyson,” defeated Mongolia’s Shinechagtga Zoltsetseg at ONE Warrior Series 3 in Singapore this past Thursday,  11 October to earn a lucrative contract with ONE Championship.

Abelardo is a well-rounded mixed martial artist who has competed in the sport for the past eight years. During that time, he has compiled a 17-5 professional record, and now he is excited to start the next chapter of his career in The Home Of Martial Arts.

Here are four things you should know about the latest addition to ONE’s main roster.

#1 Martial Arts Runs In The Family 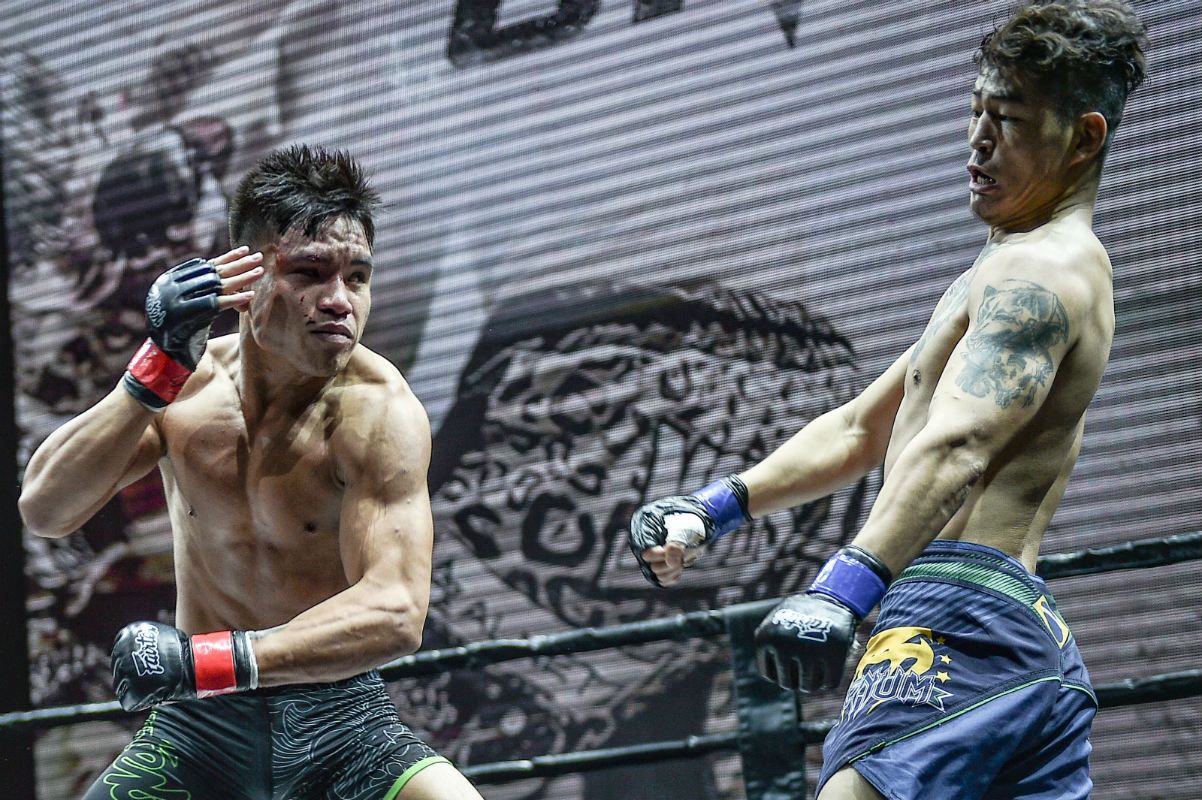 It should not be too surprising that martial arts is in his blood.

Abelardo’s father competed in full-contact karate events in his homeland of the Philippines. However, once he decided to start a family, he relocated to New Zealand and opened his own karate dojo.

When “Tyson” reached the age of 10, his father started training him, and the youngster instantly fell in love with the techniques and the lifestyle. That passion intensified when he discovered mixed martial arts on television seven years later.

The teenage karateka instantly knew he wanted to pursue this as a career path, and his father encouraged him from the very beginning.

“My dad was all for it,” Abelardo said. “He just loves the sport. He loves martial arts. Having me make the transition and trying that too, he was all for it. He is one of my biggest supporters.”

Abelardo traveled the world to further develop his skills and build up his cage experience.

He spent three years in Chiang Mai with Team Quest Thailand, and also went to Australia and the United States for several months to train and acquire more knowledge.

“Tyson” eventually went back to Thailand to join the world-famous Fairtex Gym in Pattaya, where he has been ever since.

In addition to training heavily in those countries, the Kiwi has competed in China, the Philippines, Chinese Taipei, Singapore, and Guam.

#3 He Once Faced Ev Ting

Abelardo collided with a future ONE Lightweight World Title challenger very early in his career.

In November 2011, he squared off against Ev “E.T.” Ting in a lightweight bout at a Supremacy Fighting Championship show in the duo’s native New Zealand.

The match was Abelardo’s third professional contest, and Ting’s second. Despite their youth and relative inexperience, both warriors put on a show.

Over the course of three rounds, the pair battled in a back-and-forth encounter. There were frantic striking exchanges, takedowns, and numerous submission attempts.

It was a close match — so close, in fact, that Ting claimed a narrow split decision.

Both athletes were destined for greatness, however. Nearly seven years since that bout, the two find themselves in ONE Championship. The only difference is “Tyson” now competes two weight classes lower in the bantamweight division.

#4 A Flawless Run On ONE Warrior Series

Who bagged a ONE Championship contract worth USD$100,000+ at ONE Warrior Series 3?

Who bagged a ONE Championship contract worth USD$100,000+ at ONE Warrior Series 3?Download the ONE Super App now ???? http://bit.ly/ONESuperApp

In July, the Thailand-based Kiwi made his debut in the developmental league. He faced Ali Motamed at the second live event, and they engaged in the unofficial “Bout Of The Night.”

Although it was an exciting three-round war, there could only be one winner. “Tyson” was the more effective and dominant competitor that evening, and he earned the unanimous decision nod.

The Fairtex representative made his return to OWS this past Thursday, where he clashed with Zoltsetseg. He survived an early striking assault before hitting a crucial takedown. “Tyson” postured up and unloaded some heavy ground and pound, which hurt the Mongolian.

Following an explosive first round, the ringside doctor deemed Zoltsetseg unfit to continue, which gave Abelardo his 17th career victory.

Now, he will carry that momentum into the world’s largest martial arts organization.