3 Of Jonathan Haggerty’s Most Exciting Wins In ONE Championship 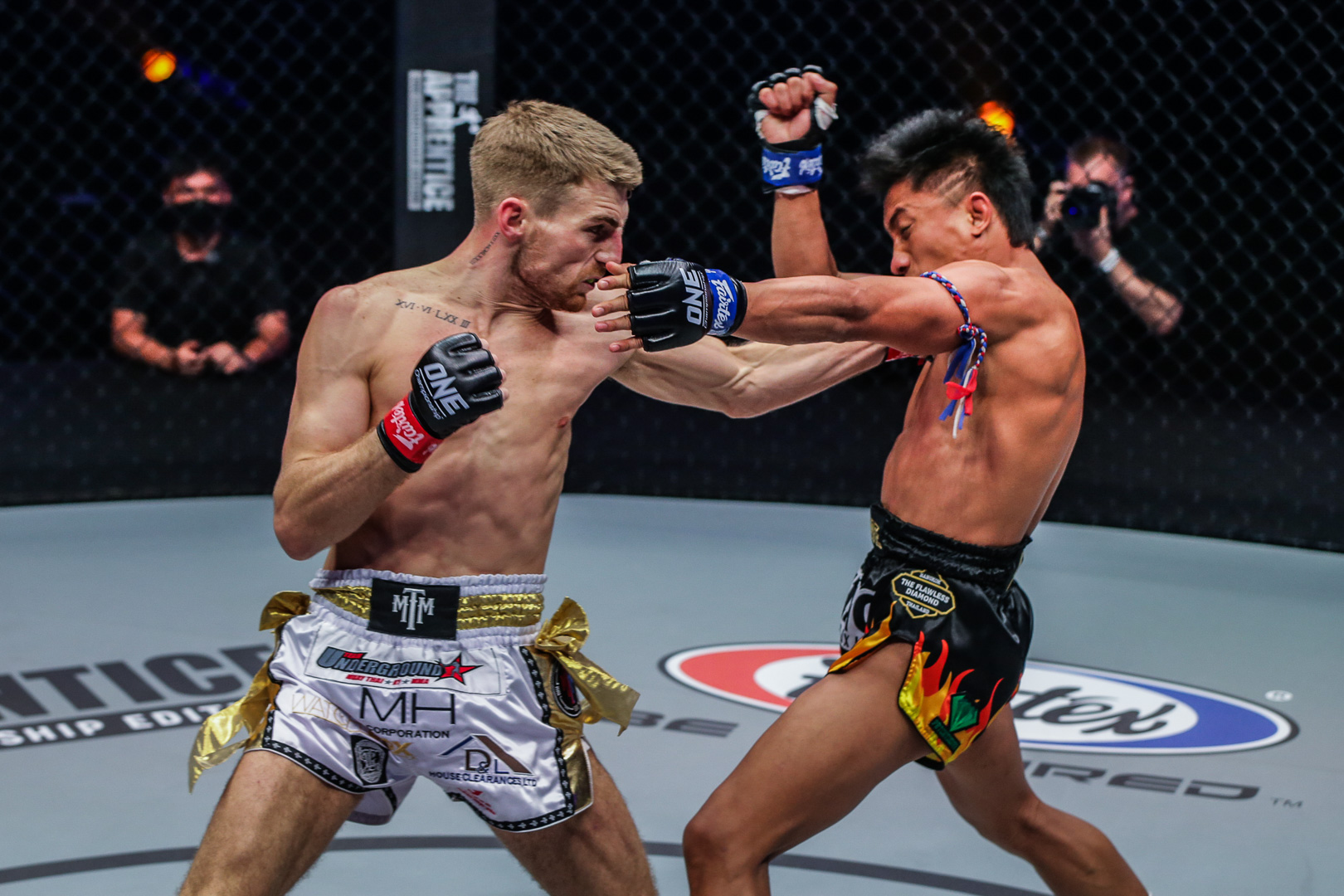 With a combination of brilliant striking and an all-action style, former ONE Flyweight Muay Thai World Champion Jonathan Haggerty has become one of the most popular strikers on the planet.

Next, the British superstar will return against Amir Naseri in a ONE Flyweight Muay Thai World Grand Prix alternate bout at ONE on Prime Video 1: Moraes vs. Johnson II, which broadcasts live in North American primetime on Friday, August 26.

“The General” was originally part of the eight-man tournament, but he was forced to withdraw from the quarterfinal round due to medical concerns.

Still, he remains the #2-ranked flyweight Muay Thai contender and wants nothing more than another shot at old rival and reigning divisional king Rodtang Jitmuangnon.

Before Haggerty battles Naseri at the Singapore Indoor Stadium, let’s revisit three victories in ONE that helped make the 25-year-old a global sensation.

In just his second promotional appearance, Haggerty challenged Thai icon Sam-A Gaiyanghadao for the ONE Flyweight Muay Thai World Title at ONE: FOR HONOR in May 2019.

Despite the pressure surrounding the match – and his underdog status – Haggerty soaked it all up and went at Sam-A with the fervor of a Viking warrior.

The Englishman blasted through his opponent’s defense and took control of the contest with a nonstop barrage of strikes.

He then combined that dangerous power with technical wizardry and refused to let Sam-A back into the match.

That approach led to a certified barnburner in Jakarta, Indonesia – and arguably Haggerty’s best performance to date, as he earned the ONE Flyweight World Title with a stunning victory over the Thai legend.

Perfection is almost impossible to achieve in martial arts, but Haggerty produced a near-flawless performance when he battered Japanese phenom Taiki Naito at ONE: BIG BANG II in December 2020.

Haggerty was coming off a pair of tough World Titles losses to Rodtang, but he bounced back strong by turning Naito into a punching bag.

“The General” was impenetrable on defense and unstoppable on offense, landing critical shots on his opponent’s chin. And in the first round, he scored a knockdown by clocking the Japanese fighter with a well-placed overhand right.

Not long after, Haggerty earned another knockdown when he tagged Naito with a right hook midway through the second frame.

The third round was practically a formality since the Englishman had been so dominant throughout the match. In the end, Haggerty got back on track with a comprehensive unanimous decision victory.

Haggerty’s aggressive style featured prominently in his firefight with Thai star Mongkolpetch Petchyindee during his last appearance at ONE: BAD BLOOD this past February.

While the first round started as a feeling-out process for both fighters, the second was the complete opposite. The Englishman stepped forward and unloaded a series of powerful shots that rocked his opponent repeatedly.

That second frame also featured a pair of knockdowns, as Haggerty dumped Mongkolpetch twice in a show of absolute force.

The Thai tried fighting back in the third, but it was still the former divisional king’s showcase, while his opponent was simply a supporting character.

After the closing bell, Haggerty’s impressive unanimous decision cemented his spot as a top contender and led to a ONE Flyweight Muay Thai World Grand Prix invite. 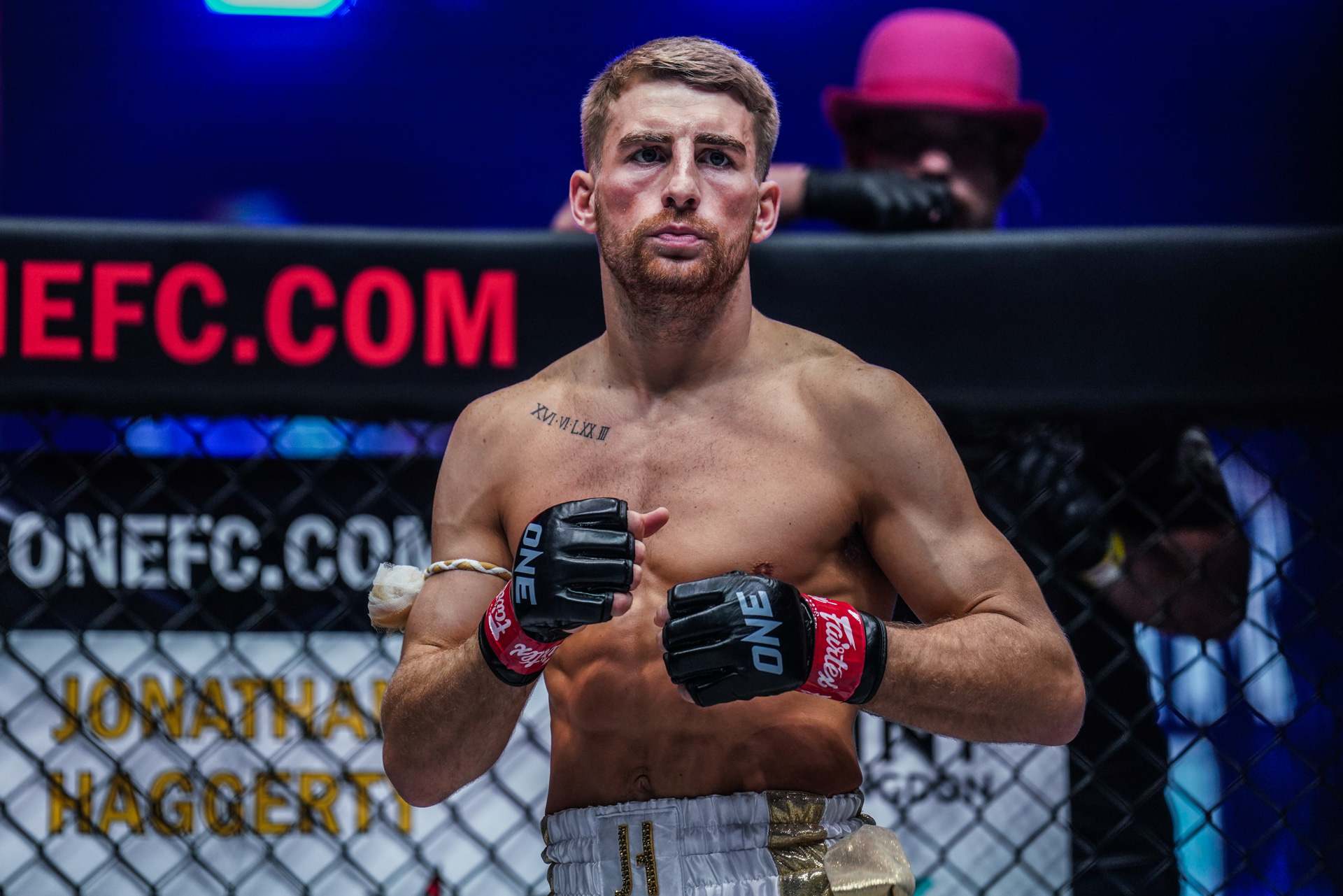