08 November 2016 – Tokyo, Japan: The largest sports media property in Asian history, ONE Championship™ (ONE), has just announced another key addition to its team of senior leaders with the appointment of Japanese executive Yoshiaki Ito as President of ONE Championship (Japan). The promotion looks to expand its reach into the country and other Asian nations in the near future.

Ito is the Founder of X-TANK Consulting, former CEO of Haier Asia Group, and a former Senior Vice President at Sony Pictures Entertainment. During his tenure at Haier, Ito was responsible for US$1.2 billion in revenue and over 6,400 employees. Popularly known in inside circles as a business maverick, Ito’s stringent business acumen and undeniable talent has immensely boosted the performance of every organization he has led.

Born and raised in Bangkok, Thailand, Ito speaks Japanese, Thai, and English. With over 20 years of professional experience, Ito brings with him a plethora of impressive accolades. He has received various awards throughout his career including being named among the Top 100 global leaders/innovators of 2015 by Nikkei Business, the Direct to Top Award and Best Leader Award from Dell Asia Pacific, as well as the Money Ball Award and Global Best Leader Award from Sony Pictures Entertainment, amongst others.

Victor Cui, CEO of ONE Championship stated: “ONE Championship continues to seek out the top executives from various fields to become part of our elite senior management team. Yoshiaki Ito is an excellent asset to have on our team. He, along with our very capable leadership, will be responsible for taking our organization to the next level and beyond. We are excited at the possibilities and welcome Ito-san to the ONE Championship family.”

Yoshiaki Ito, President of ONE Championship (Japan) stated: “I am elated to join ONE Championship, one of the greatest global sports brands. It’s amazing to be a part of the rapid growth of MMA in Asia. I will focus my efforts on developing the budding Japanese market. Japan has always enjoyed sports entertainment and ONE Championship’s unique live event atmosphere is something I am delighted to share with Japanese fans.”

Ito’s appointment as ONE Championship President (Japan) comes in line with the promotion’s plans to expand into the country. Japanese mixed martial arts athletes are an integral part of ONE Championship’s roster, with exciting fighters such as Koji Ando and Kotetsu Boku, as well as reigning ONE Lightweight World Champion Shinya Aoki and ONE Strawweight World Champion Yoshitaka Naito, amongst others.

The move into Japan also remains in line with the company’s aggressive growth and expansion plans. ONE Championship is the first major MMA promotion to hold a live event in mainland China as well as Bangkok, Thailand. Future markets include Japan, South Korea, Vietnam and Australia, to name a few. Events are broadcast to a potential one billion homes in over 118 countries worldwide.

ONE Championship is the largest sports media property in Asian history. Headquartered in Singapore, the world’s most exciting mixed martial arts organization hosts the largest sports entertainment events across Asia featuring the best Asian mixed martial artists and world champions, all signed to exclusive contracts, on the largest media broadcast in Asia. ONE Championship is broadcast to over 1 billion viewers across 118+ countries around the world with some of the largest global broadcasters, including FOX Sports, Setanta, MNC, Astro, Thairath TV, ABS-CBN, TV5, MYTV, HTV, Esporte Interativo and more. 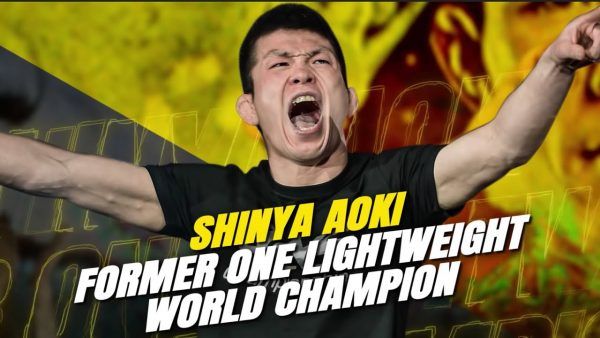