Michelle Nicolini is an eight-time Brazilian jiu-jitsu world champion — a rare variation of the more common mixed martial artist. Fitting then, that she has a tattoo of the coin-sized plant on the her right arm.

“I got it done with five of my best friends,” she told me, as we sat in the bustling reception at Evolve MMA in Singapore. “Three of them are BJJ black belts, two of them blue belts. Those two are my students in Brazil.”

She misses her friends back home and her family too. Although she values the camaraderie of fellow Evolve fighters Eddie Ng, Leandro Issa, Bruno Pucci, and Angela Lee, she raises her chin when asked about Brazil, as if bracing for the reminder that she’s away from home.

Despite her glory-filled BJJ career, that chin has already taken literal blows. Although her 11 November clash with Mona Samir at the Singapore Indoor Stadium is her ONE Championship debut, she already has an MMA record of 2-1 as a professional.

“In my third fight in the US, I got hit in the second round,” she recalls. “I was very tired. My hands started to come down and I got hit many times in the face. I remember that, but I’m not scared,” she assured me when quizzed about her adjustment to fighting with striking. 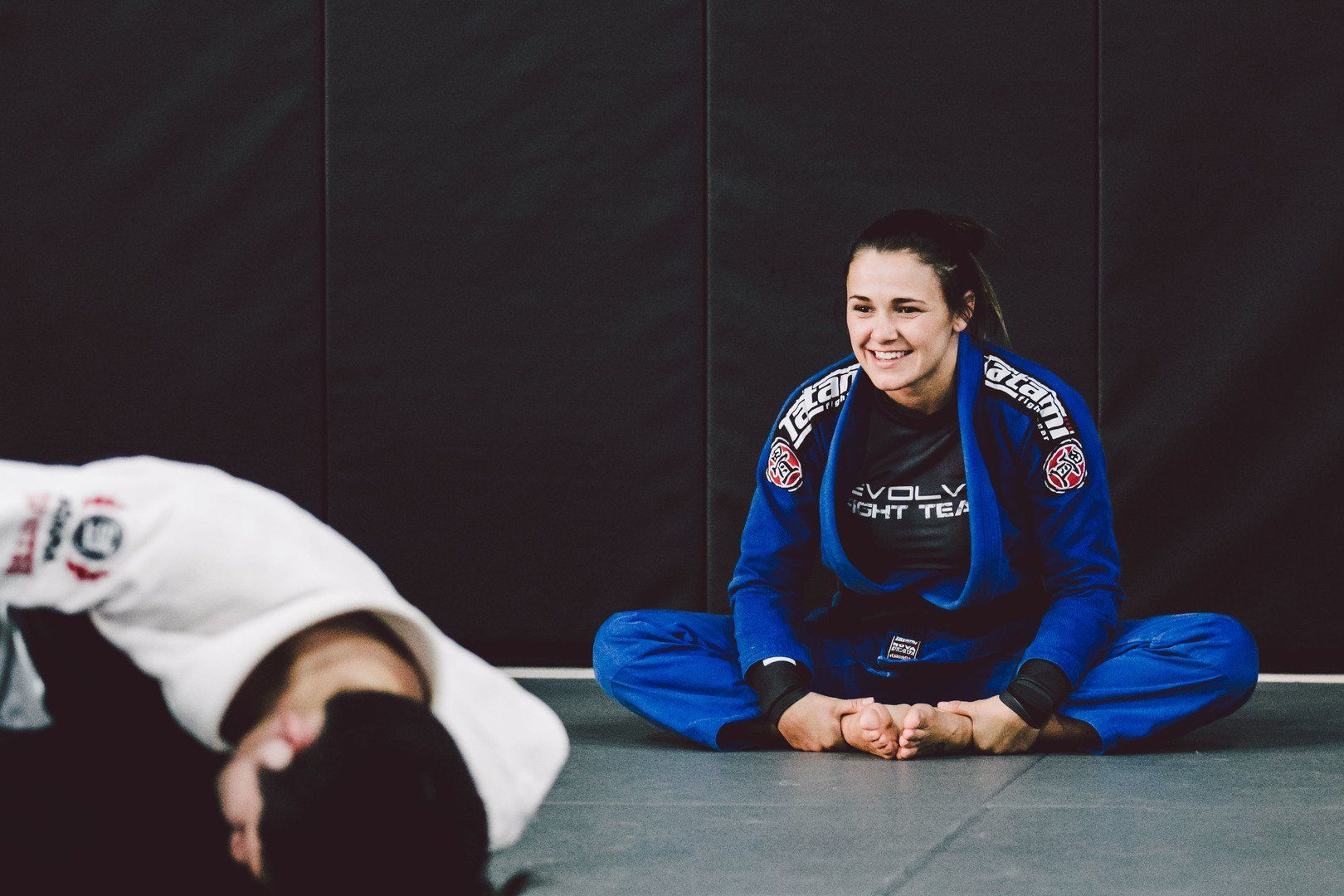 The fight with 27-year-old Samir (1-2) is at strawweight, where 34-year-old Nicolini says she’s comfortable. In a division without a champion, she wants to slot right into contendership, hoping for a title shot in early 2017. A championship challenge in that timeframe certainly would not be happening in her home country though.

“This is very hard,” she admits when asked about not having friends and family at cageside in Singapore. Her hope instead is to compete under the ONE banner in Japan.

It’s no secret that there are plans for the organization to have an event there in the near future, and Nicolini has both Japanese and Brazilian friends in that country. ONE recently appointed former CEO of Haier Asia Group, Yoshiaki Ito, as President of ONE Championship (Japan).

There are several high-level ONE champions and challengers from both Brazil and Japan who would be a great draw for a 2017 or 2018 event in Tokyo. Nicolini hopes to rapidly work her way into that position.

Seven years ago, the rarest variation of all clovers, with no less than 56 leaves, was found in Hanamaki City, Japan. Don’t be too surprised if one day soon another rare variety is discovered in Japan, this time with a world championship belt placed around her waist.