Zhao Zhi Kang has been a frustrated figure in 2019 until he finally returned to the win column at ONE: DREAMS OF GOLD last Friday, 16 August.

The Chinese sanda champion has had to watch from the sidelines since last November while he struggled to return to fitness, so he did not want to waste his opportunity against Paul “The Great King” Lumihi at ONE: DREAMS OF GOLD.

Chinese ???????? hero Zhao Zhi Kang kicks off ONE: DREAMS OF GOLD with a spectacular submission finish of Paul Lumihi!

“I was really looking forward to that match because it had been a while [since I had competed] – I wanted to get my head in the game again,” he says.

“I have been injured for over nine months. That was my first fight after those nine months, so [the experience] was a bit intense, and I was a bit nervous, but I had prepared well. I had done some research on his skills, and I enhanced my standing skills to execute the strategy I had planned.”

The 24-year-old from Xi’an specialized in striking, but his two previous ONE Championship wins came via submisison, and he quickly switched to his grappling game to stifle his rival – a five-time OPMMA Featherweight Champion.

“The first round was totally out of the plan. He attacked suddenly, so I had to change the plan and move to the ground.

“In my eyes, whatever he did could not affect me. I just knew I needed to keep calm and use my brain.”

Almost five whole minutes of pressure wore Lumihi down, so when Zhao sat on his stool between rounds, his team told him to switch things up again when he emerged for the second stanza. 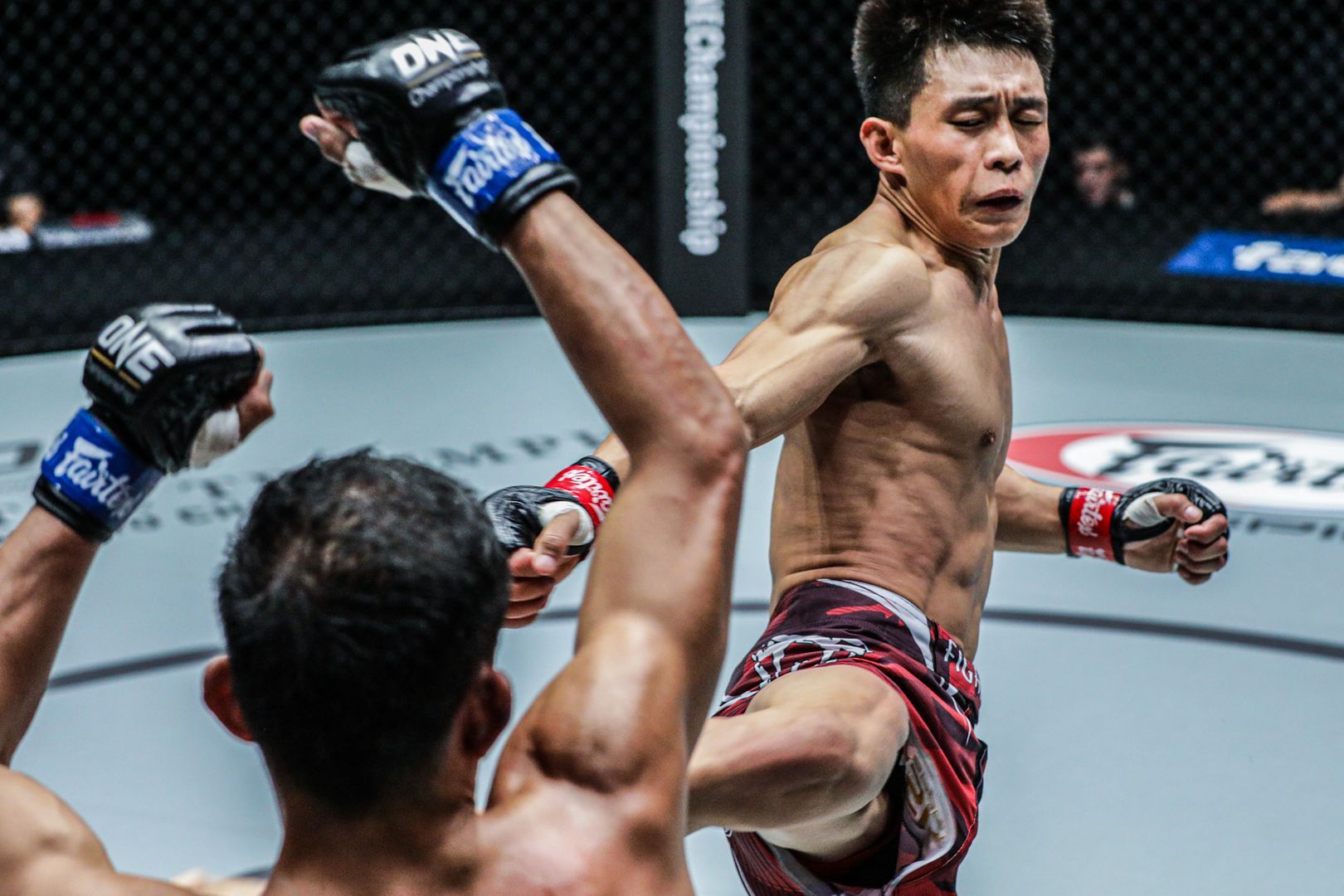 However, the Shanxi Xindu Martial Arts representative reveals he was always looking at the possibility of another assault on the canvas.

“In the middle of the break my coach adjusted the strategy for the second round because of his sudden attacks while standing,” he says.

Sure enough, Zhao expertly backed his opponent against the fence, and countered his strikes with hard, accurate counter blows.

“The Great King” was still dangerous, but his gas tank started to run low, and one of his kicks was easily caught by the Chinese athlete, which allowed him to begin the finishing sequence. 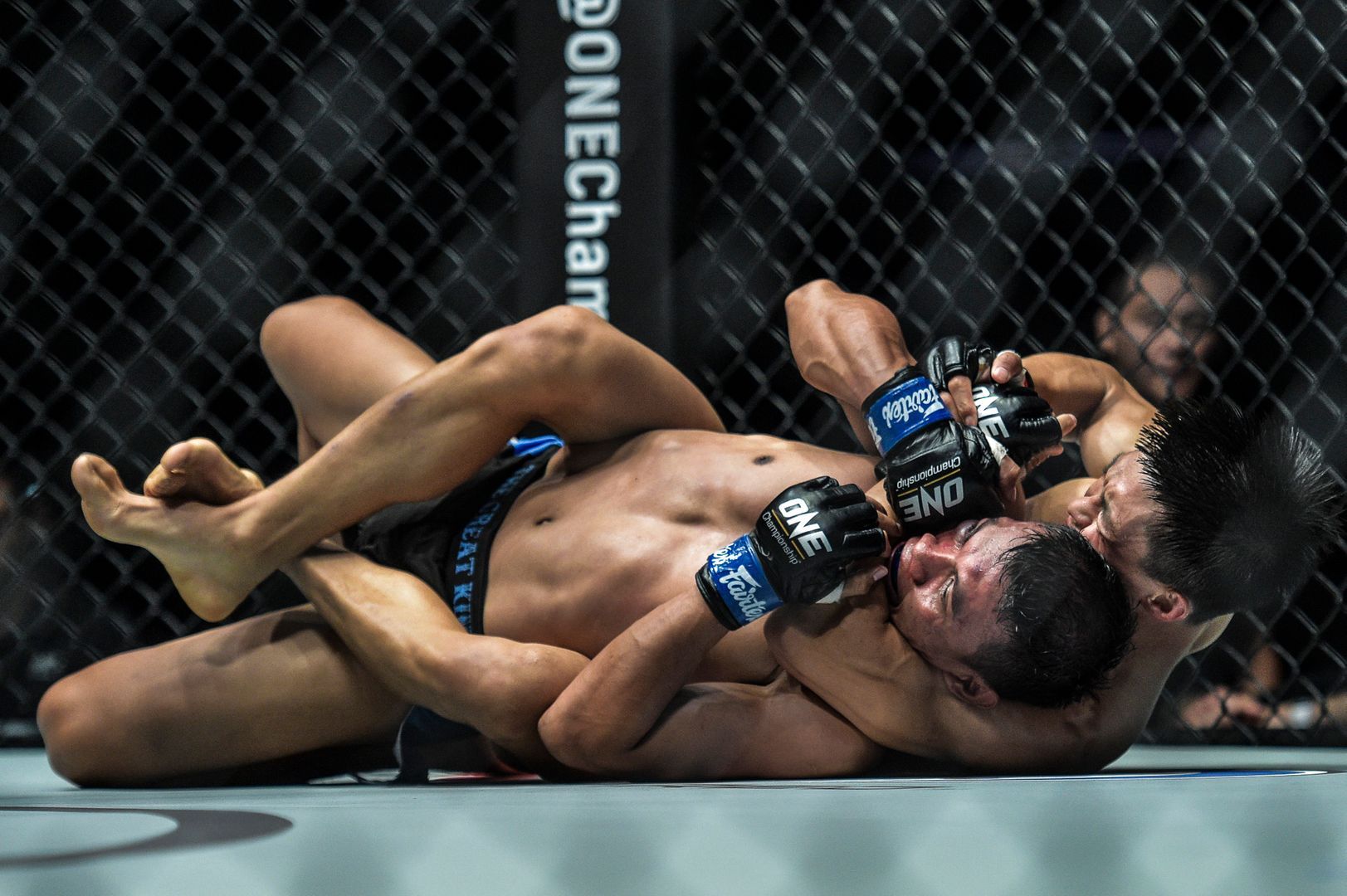 It took Zhao a couple of attempts to put his rival on the mat and keep him there, but once he did, he easily moved into mount, transitioned to his back, and forced the tap with a rear-naked choke.

Now, with three wins and a 100-percent finishing rate on the global stage, he is eager to make up for lost time and get back in the Circle as soon as possible.

“I am happy for any opportunities [in ONE Championship],” he adds.

“I am really happy to get the win, I hope I can perform better next time.”