Former ONE Welterweight World Champion Zebaztian “The Bandit” Kadestam is ready to kick-start his journey back to the title.

In October 2019, the Swedish juggernaut defended his coveted belt against top contender Kiamrian “Brazen” Abbasov in the main event of ONE: DAWN OF VALOR in Jakarta, Indonesia – the same city where he captured the vacant crown just 11 months earlier.

However, things did not go Kadestam’s way that night.

Over the course of five rounds, the Kyrgyzstan-bred warrior nullified the Stockholm resident’s thunderous striking with a clinch-heavy, grappling attack en route to a unanimous decision victory, and the ONE Welterweight World Championship.

Kadestam entered the showdown fully prepared, but admits he did not feel like his normal self from the beginning of the contest.

“I don’t know what happened to my body, but we had been fighting for two minutes, and I started feeling tired throughout my whole body. That didn’t feel good, and that feeling stuck throughout the fight,” the 29-year-old says.

“[I am not making] any excuses. He had the best night of his life, I had the worst [night of mine]. He performed, I didn’t. I wish it would have been the other way around, but it is what it is. But I will get it back.” 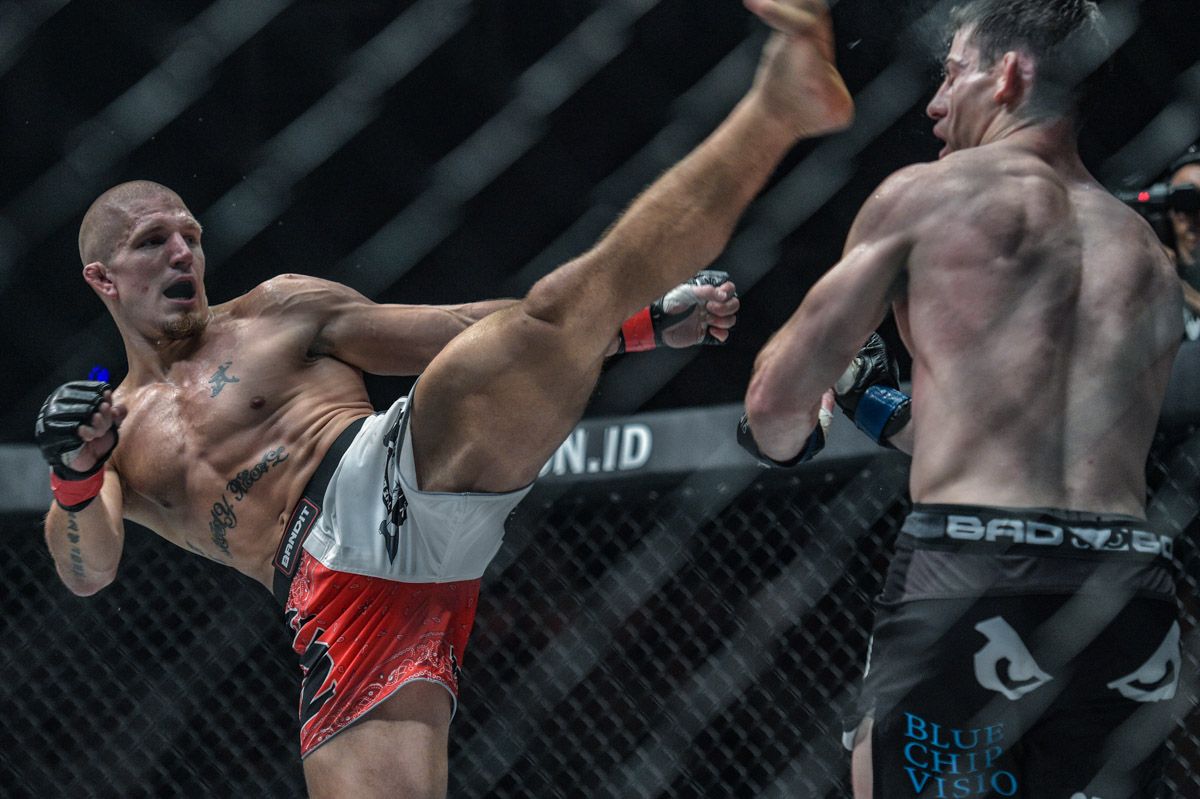 “The Bandit” knows he may not get an immediate World Title rematch, so he is prepared to battle anyone who will get him closer to another duel with Abbasov.

That includes taking on old rival Agilan “Alligator” Thani, who recently called him out and expressed his desire for a sequel.

When the two welterweights initially met in the main event of ONE: PURSUIT OF POWER in July 2018, they thoroughly entertained the crowd inside the Axiata Arena in Kuala Lumpur, Malaysia, with a riveting back-and-forth encounter.

Although the local hero tried to take down the Swede, doing so a few times, he was unable to keep him on the canvas and was more than willing to engage with Kadestam on the feet.

Ultimately, Kadestam’s powerful Muay Thai striking was too much for the “Alligator” to handle. “The Bandit” walked down Thani in the third round and battered him with his versatile stand-up arsenal to force a TKO stoppage courtesy of punches, knees, and crushing elbows.

Thani would love to earn some redemption, but Kadestam believes this potential clash would be the perfect opportunity to springboard him back into the World Title picture.

“I have never turned down any fight, no matter how short notice it was or whatever. I don’t turn anything down, and I’m not going to let anyone call me out without a response, so I’m down for a fight with Thani,” the Pancrase Gym Sweden representative says.

“Actually, I would say the fight we had was the most fun fight I have had in ONE so far – not only because it was a great stoppage, but because he was coming forward, I was coming forward, we had some back-and-forth, and he was not just trying to take me down. He tried to follow his game plan, but it didn’t work, so he tried to stand and bang it out. I respect that.

“All these other guys shoot on me for dear life, and well, everyone knows I love to keep it standing. But I respect when someone is like, ‘Ok, [my game plan] isn’t working, so let’s bang it out.’ I respect it, so for sure, I would give him another shot.

“I don’t have anything more to prove, but I am down for a fistfight any day of the week. I see a couple of guys I really like for future bouts, but I would say one more fight, and then I’m coming for Abbasov.”

@legacygymubon.thailand #LegacyGym #MuayThai #tbt 5 years ago in Macau Last time I competed in muaythai. One of my favorite knockouts because this guy tried to start a fight with my coach @eatmyfist the day before the fight(wouldn't have ended well for him????) and had no respect at all. #WBCMuayThai #Macau #KnockoutCity #KO #TheBandit #????????

However, the ONE Welterweight World Title isn’t the only belt in Kadestam’s sights. He also has visions of competing in ONE Super Series and winning a Muay Thai or kickboxing championship.

He has competition experience in Muay Thai, but the last time he competed in “the art of eight limbs” was five years ago. Now that he is comfortable with the 4-ounce mixed martial arts gloves, “The Bandit” believes he’d be a natural fit to test his skills in ONE Championship’s all-striking branch.

“I’m feeling the itch again, but this is something I would have to do with the team behind me because if I am going in there, I’m going for gold. I’m not going for a payday or just a fight – I’m always going for the gold,” Kadestam states.

“We will see if I have to pull back on mixed martial arts or if I can do both at the same time, but I am interested in it. I really think it would suit me, especially Muay Thai because you have the small gloves and the cage.

“Maybe I don’t have as much Muay Thai experience as all of the other Muay Thai guys, but I do have a lot of mixed martial arts fights. I feel my chances are good, and ONE Super Series is the top [league] in the world right now for strikers. That’s why I want in. I don’t want to leave any questions behind down the road when I’m done [competing].”