The Armenian-Russian earned a sensational second-round knockout win over Bangpleenoi Petchyindee Academy at the previously recorded ONE: A NEW BREED III, which aired to the public on Friday, 18 September.

The 27-year-old Davtyan secured the victory despite entering the contest as an underdog against a two-division Muay Thai World Champion with 182 fights on his resume. After the opening bell, Bangpleenoi unleashed his kicks in an effort to throw the European off his game. The Thai southpaw managed to land some of those, and he even looked for a head kick, which was blocked.

“Mee Khao Jomhot” tried to counter by pushing the local hero to the ropes, but he instead ate a short right hook for his troubles.

Bangpleenoi continued to throw leg kicks, but Davtyan started to focus on his boxing while looking to set up combinations. And about halfway into the round, the tide turned in the Revolution Muay Thai standout’s favor.

Davtyan achieved relative success by going low to the body and firing hooks to the head. Then, in the waning seconds of the first round, he stuck his jab into the Petchyindee Academy representative’s face and unloaded a big right hand.

That set up a wild exchange, which ended with the Armenian-Russian connecting with a short left hook and a thunderous right hook that rattled Bangpleenoi and caused him to slowly crumble to the ground just as the period ended. 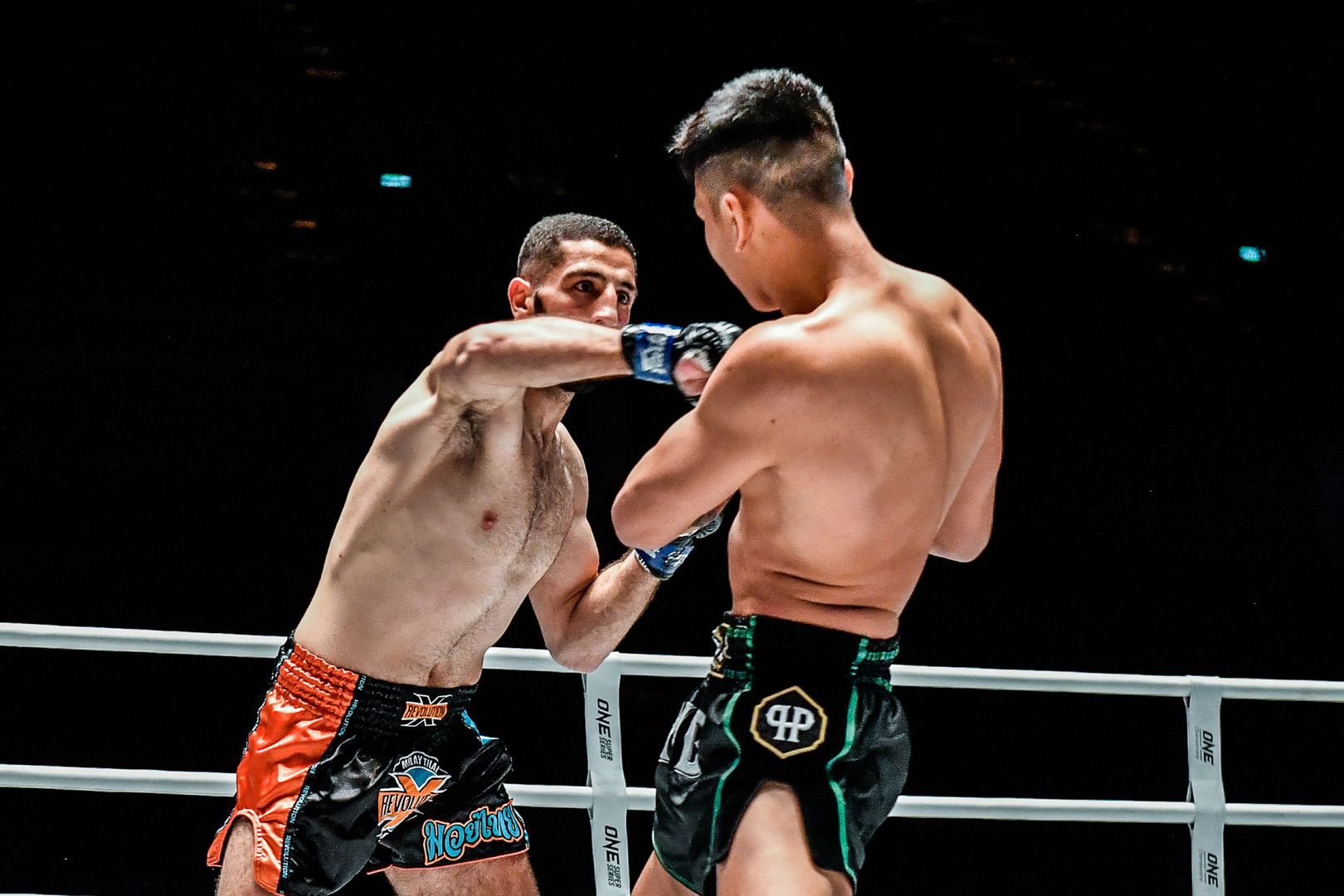 When the second stanza began, Bangpleenoi threw a body kick that was easily blocked by the Armenian-Russian.

Just as the man known as “Mee Khao Jomhot” was lunging forward to deliver more of his hard-hitting punches, Bangpleenoi collapsed to the mat and stayed there for good. The referee waved off the match just seven seconds into the second round and awarded Davtyan the victory.