“The Big Heart” Yoon Chang Min may not be known as an elite grappling specialist, but he can hang with the featherweight division’s best mat rats and beat them at their own game.

At ONE: FULL BLAST II, he proved just that.

The South Korean cleverly outgrappled Chinese wrestling sensation “Cannon” Ma Jia Wen and submitted him via rear-naked choke late in the first round of their mixed martial arts showdown that aired on Friday, 11 June.

In the process, Yoon pushed his impressive promotional record to 5-1. 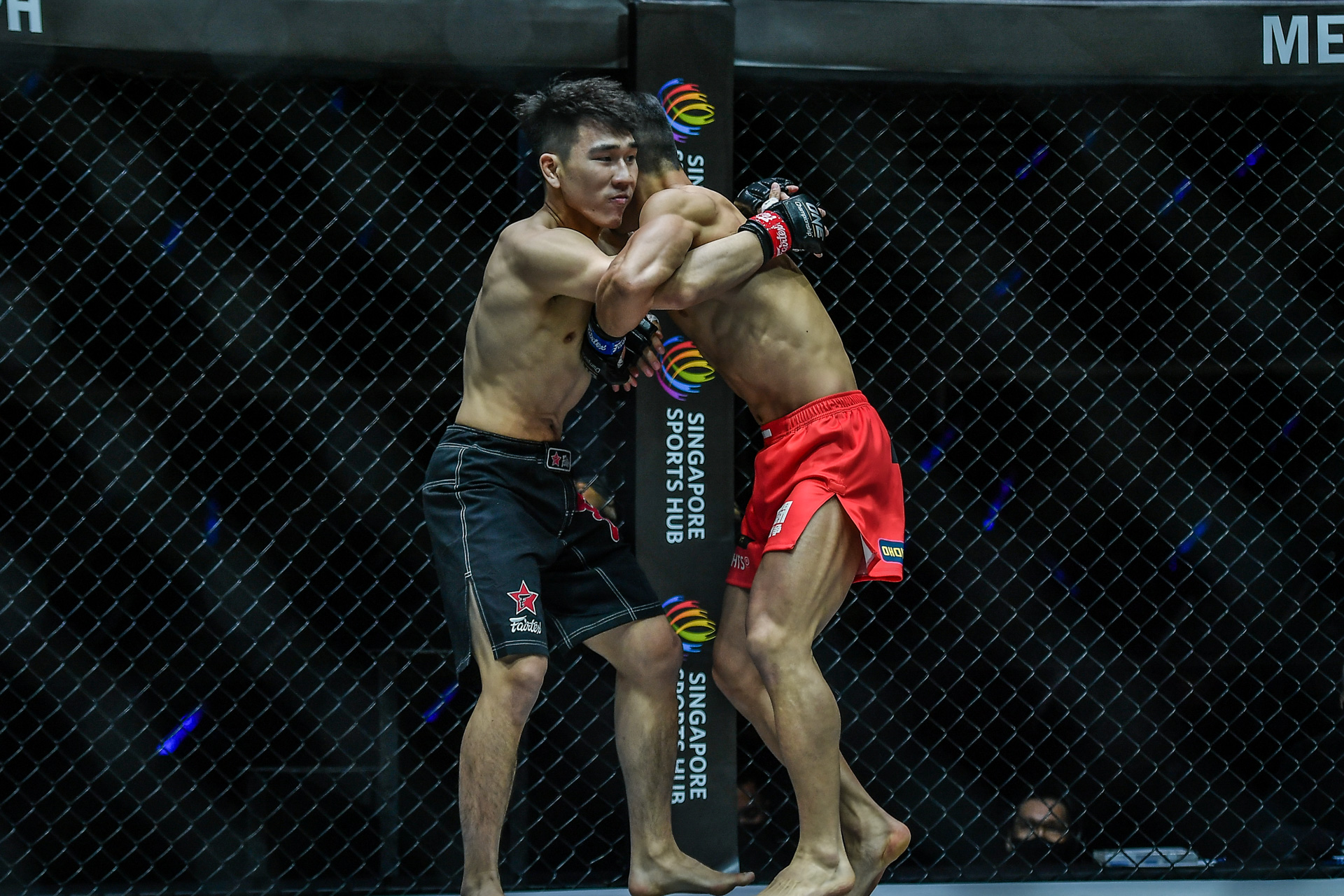 “The Big Heart” is highly respected for his devastating stand-up arsenal, but he didn’t showcase that part of his game in the opening moments of this contest.

Following a touch of the gloves, the South Korean phenom and Ma bounced back and forth in an effort to establish some rhythm. “Cannon” looked to score with a pair of leg kicks, but the first one missed and the second barely slowed his foe down.

Each man used feints to coerce the other into making a mistake, but it seemed like neither athlete was going to take the bait and lower their defenses. 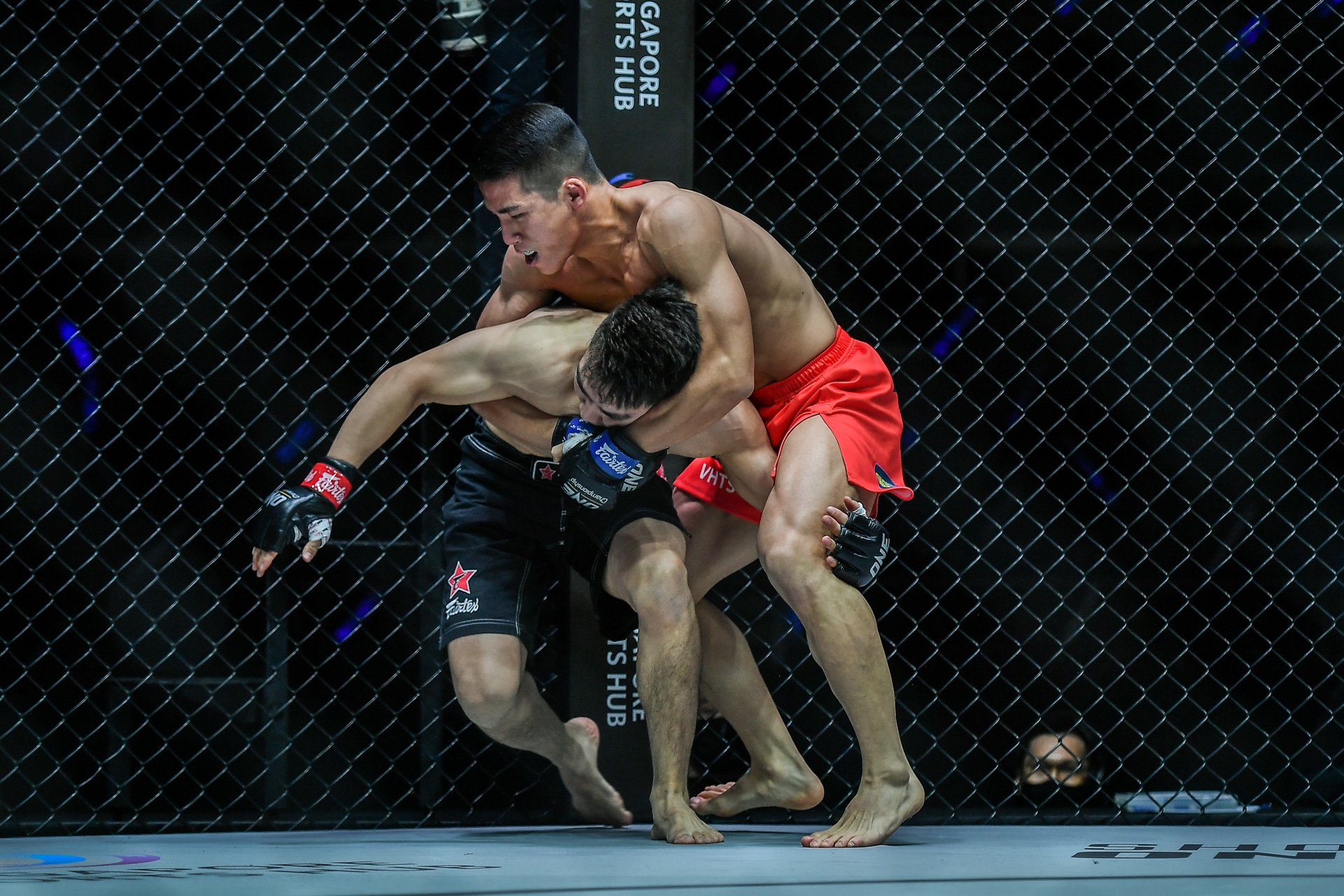 With Ma’s back toward the Circle Wall, however, “The Big Heart” took a chance. The Busan native pumped out his jab and then appeared to go for an overhand right – but instead, he used the technique to latch onto his rival and get double underhooks.

Ma, a Chinese National Freestyle Wrestling Silver Medalist with an astonishing 68-3 record in that sport, turned the South Korean around and walked him to the Circle Wall. From there, “Cannon” looked to unload some knees, but Yoon brilliantly stuck his left leg in front of his adversary’s body and hip-tossed him to the canvas.

Yoon landed in side control, and when Ma instinctively turned to his right to begin his escape, the South Korean instantly stepped over him and looked to take the back. The Chinese wrestling sensation remained calm, positioned his body away from his rival, and tried to return to his feet.

But “The Big Heart” lived up to his moniker and was all over his foe. 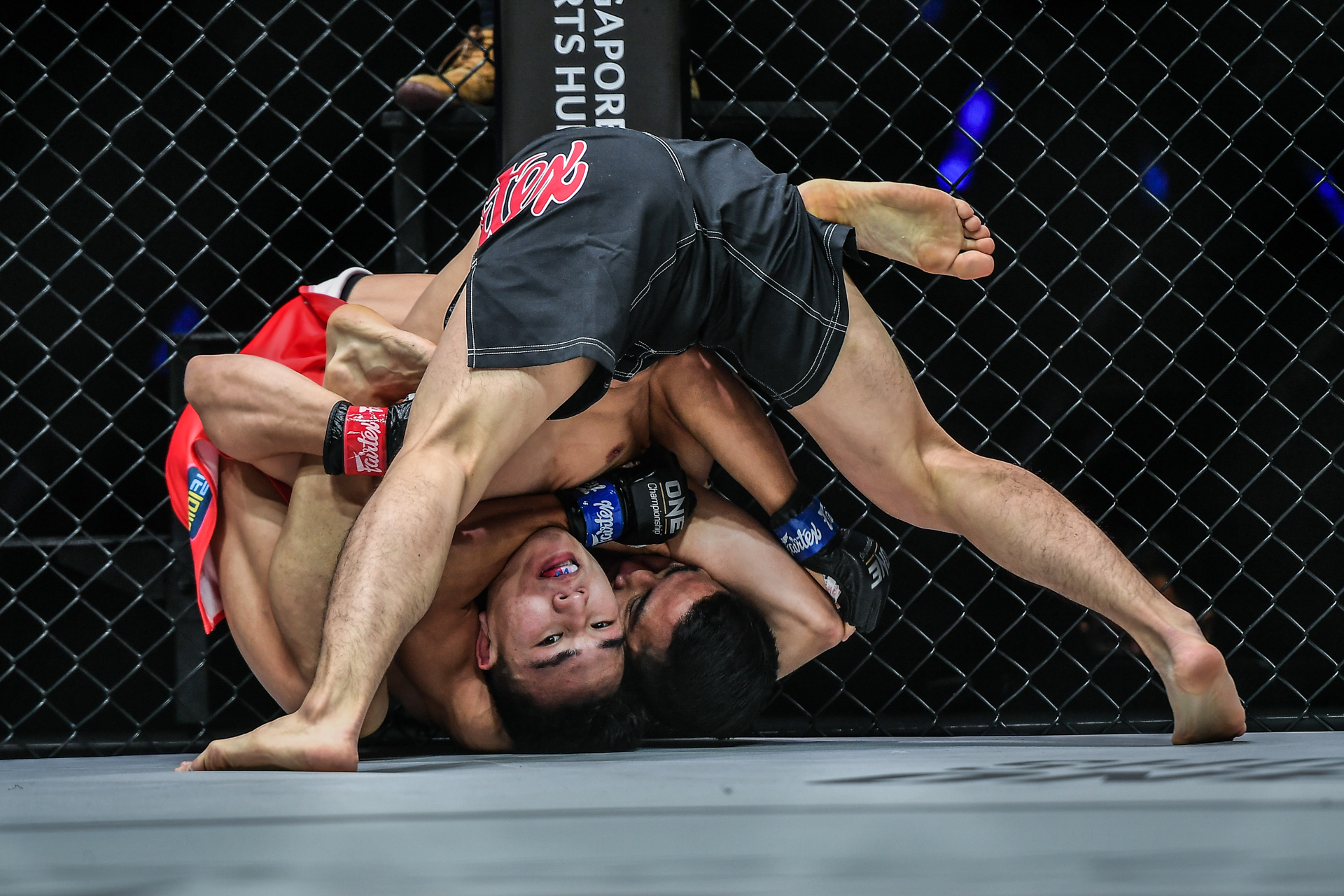 As Ma was trying to stand up, Yoon jumped onto him, wrapped his left arm around his opponent’s body, and tried taking the back once again.

With the South Korean against the Circle Wall, “Cannon” grabbed a single leg and looked to hit a takedown. But unfortunately for the Chinese star, “The Big Heart” leaned on top of him as they fell to the canvas, where he started cinching up the rear-naked choke from the left side of Ma’s body.

The Tianjin resident tried to wrestle his way out of the predicament and inch the South Korean toward the Circle Wall, but Yoon had the left arm deeply tucked under his opponent’s chin.

While “The Big Heart” squeezed, he kicked off the Circle Wall, used his flexibility to creep his legs over Ma’s back, and blocked the Chinese athlete’s left arm with the left leg to prevent him from defending the choke. Ma tried to posture up to get some more air and fight out of the submission hold, but Yoon’s squeeze was tightening, and “Cannon’s” face was turning redder.

Once the Chinese wrestler’s knee fell to the canvas, the Team Stungun product rotated his body over his rival’s back and had an even more dominant position to leverage the choke.

The Tianjin resident was trapped – and referee Mohamed Sulaiman noticed Ma was losing consciousness, so he stopped the bout at the 1:46 mark before he fell asleep.

With the win, Yoon earned the fastest victory of his mixed martial arts career, bounced back from his only defeat, and proved he can hang with the featherweight division’s best grapplers with ease. 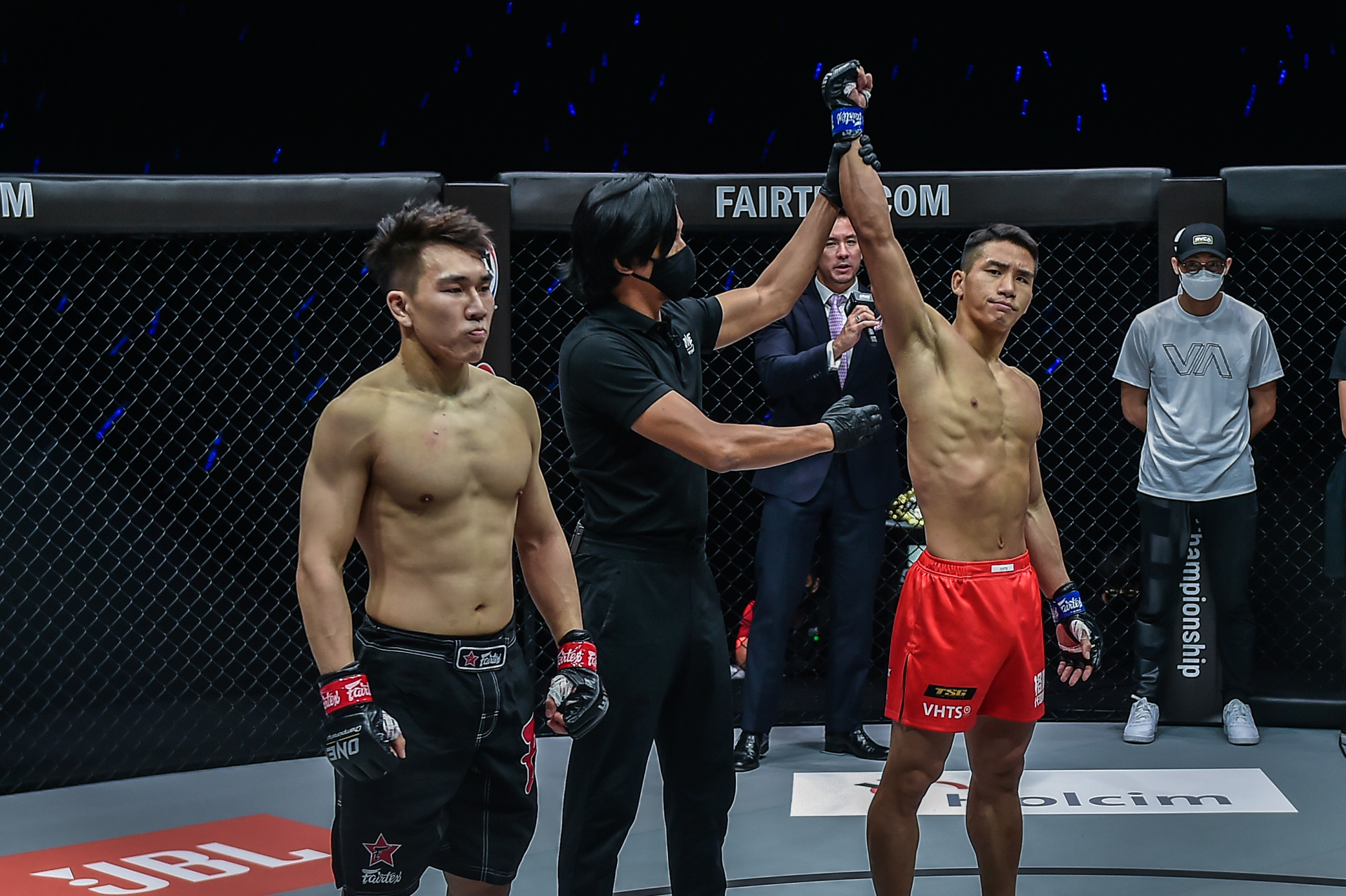