Professional lethwei combatants Ye Thway Ne and Saw Thar Nge, both local stars from the country of Myanmar, put on a tremendous showcase of the country’s foremost striking art, and delighted the packed crowd at the Thuwunna Indoor Stadium with an entertaining battle.

It was a contest that lasted just less than a round, but provided enough fireworks to bring the fans to the edge of their seats.

The two high-octane strikers locked horns in a flyweight bout at ONE: HERO’S DREAM, which took place Friday, 3 November. In the end, it was two-time Gold Belt champion Ye Thway Ne who scored the impressive stoppage victory, basking in the adulation of a throng of local fans. 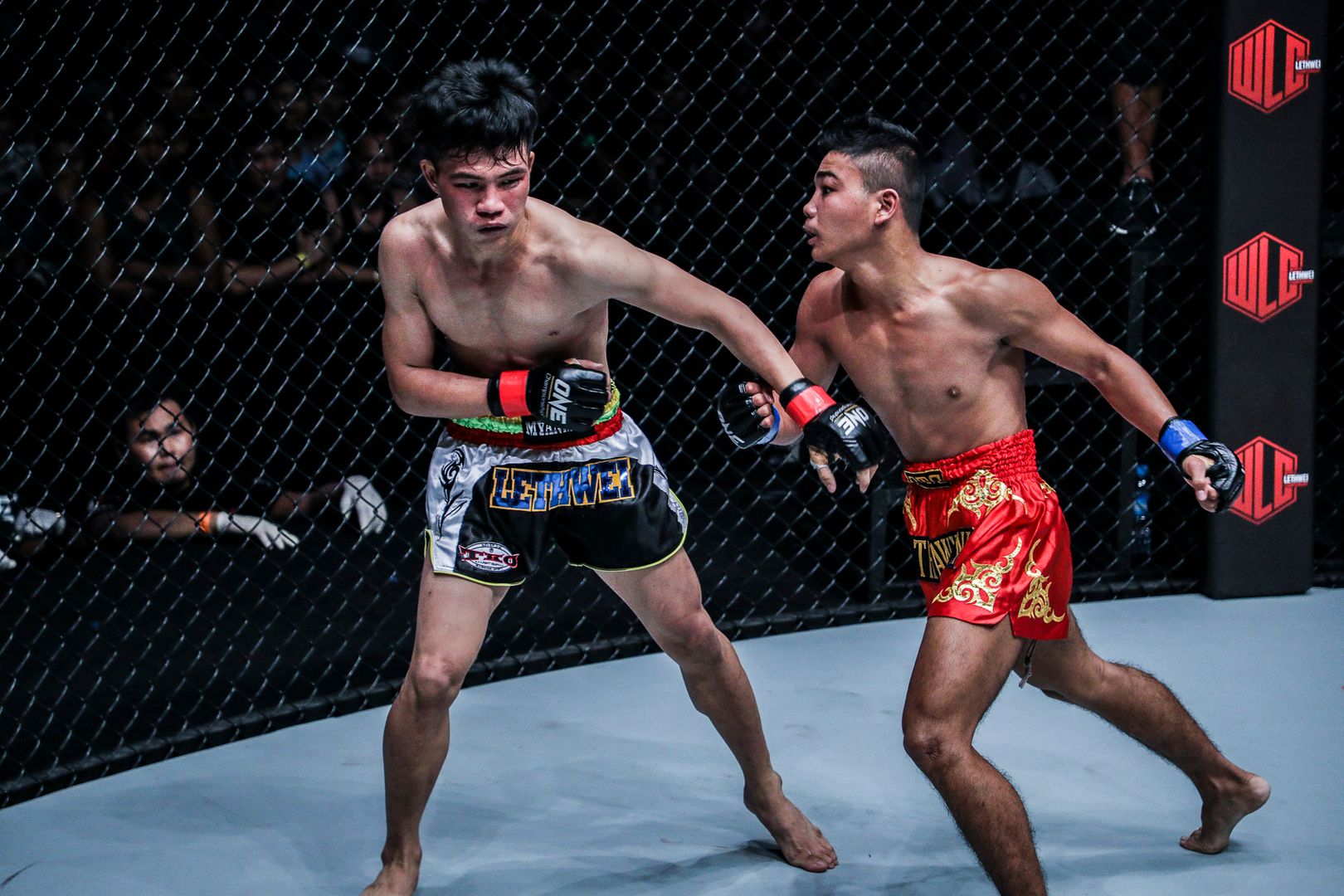 At the sound of the opening bell, both Ye Thway Ne and Saw Thar Nge exploded to the center of the ONE Championship cage, tagging each other with powerful combinations. In many ways, the action resembled the fast and furious pace of a Lethwei match, which is a familiar scene in Yangon’s rich martial arts history.

As the action continued, it became evident who was the aggressor, and who was looking to counter off the back foot. Ye Thway Ne, in his usual relentless approach, swarmed Saw Thar Nge with a high volume of punching combinations. At times, it appeared as though Ye Thway Ne was overextending on his punches, but Saw Thar Nge was unable to capitalize. 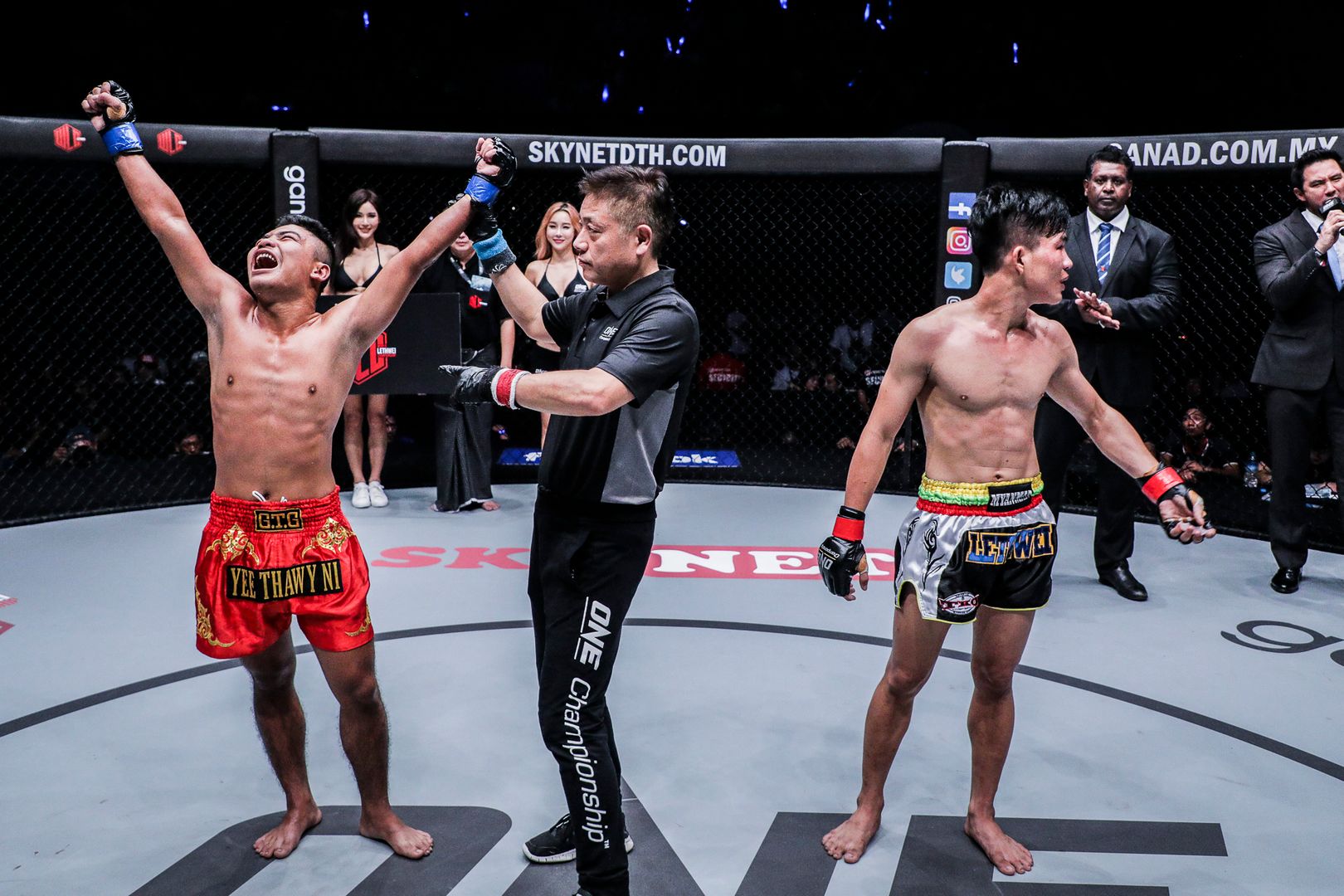 At the 3:50 mark of round one, Ye Thway Ne landed another fierce volley of punches, this time dropping his opponent to effectively clinch the knockout win.

It was a thrilling affair for as long as it lasted, with Ye Thway Ne coming out victorious. The win marks his second consecutive win in the promotion following a successful showing last June against Pat Kyaw Lin Naing at ONE: LIGHT OF A NATION, and spells his emergence as a promising talent in the organization’s flyweight division.