Cambodia’s Chan Rothana and China’s Xie Bin have spent the majority of their professional mixed martial arts careers competing under the ONE Championship banner, a testament to the promotion’s tremendous progress in showcasing the best talent in Asia to the global stage of MMA.

Chan, a kun Khmer specialist, took on Xie, a talented grappler in a three-round bantamweight contest on the main card of ONE: KINGS OF DESTINY, which took place on 21 April at the Mall of Asia Arena in Manila, Philippines.

As expected, the fight quickly became an interesting clash of styles from the opening bell. 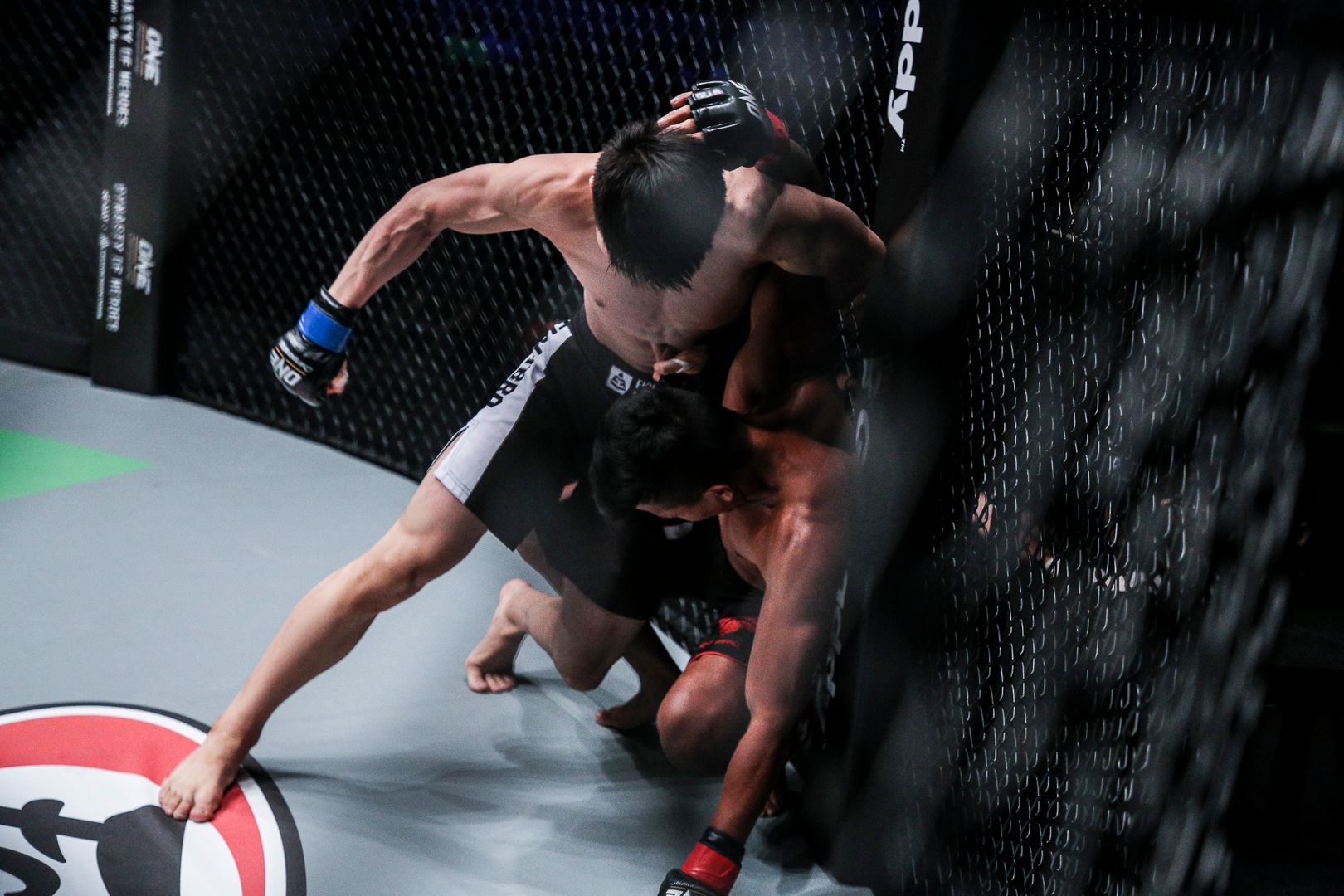 After a brief feeling-out period, Xie immediately changed levels and shot for the takedown. From there, he controlled nearly all of the action, attacking from various positions as Chan looked overmatched in the grappling department.

After softening up Chan on the ground, Xie ended the round strong his superior grappling and control. Once the second round began, Xie once again scored on a takedown after Chan could not connect on his strikes. 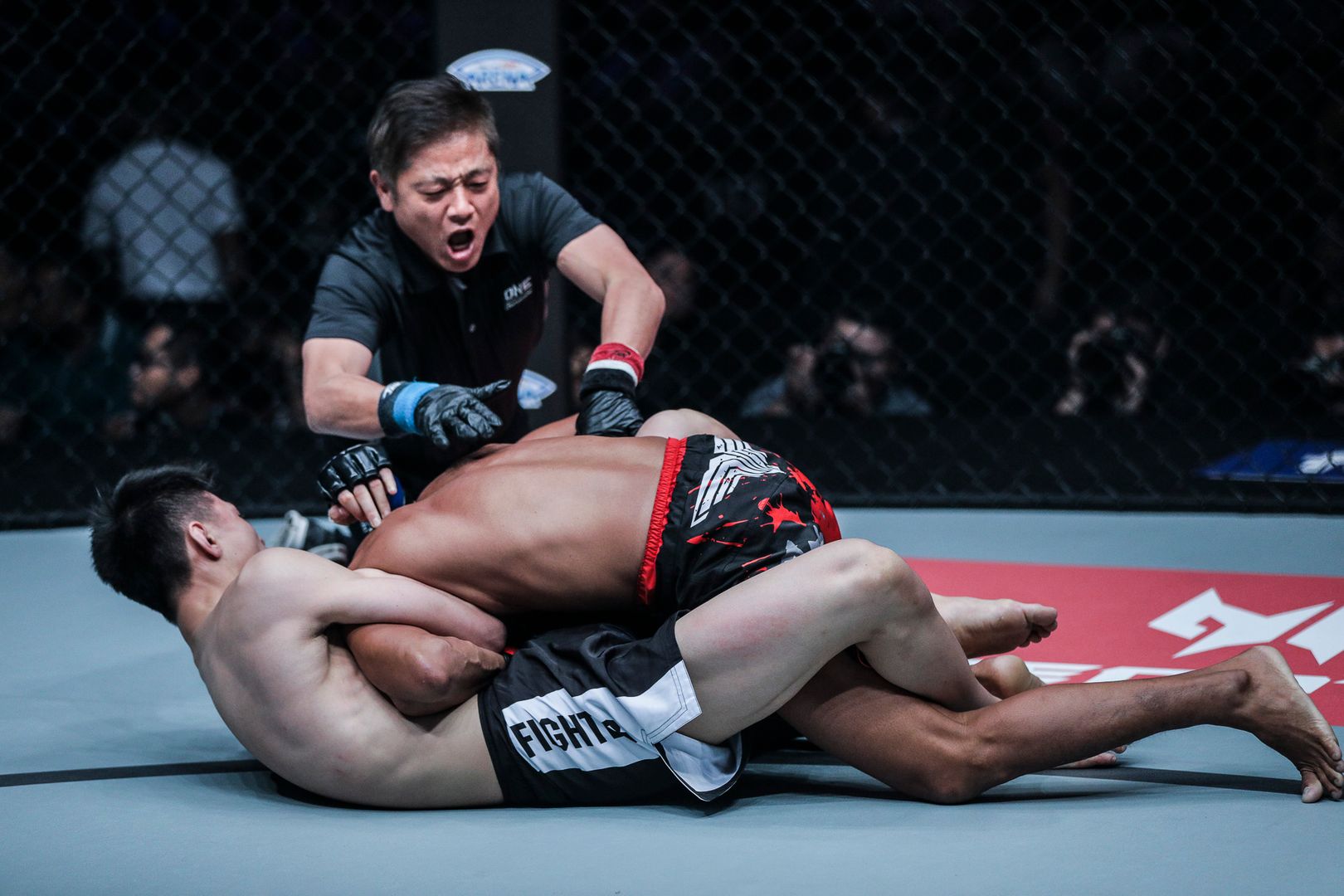 With Chan completely out of his element, Xie went to work, and was able to grab a hold of the Cambodian’s neck. In the front headlock position, Xie rolled his opponent until he was able to execute a smooth-as-silk D’Arce choke. The end came officially at 1:46 of round two. It was Xie’s first stoppage victory in his young career.

Xie’s previous outings showcased a lot of his ability to strike and box, but unknown to most, the Chinese fighter possessed great grappling skills, which he put on full display against Chan. With a new dimension to his game unveiled, Xie becomes a solid prospect in the bantamweight division. 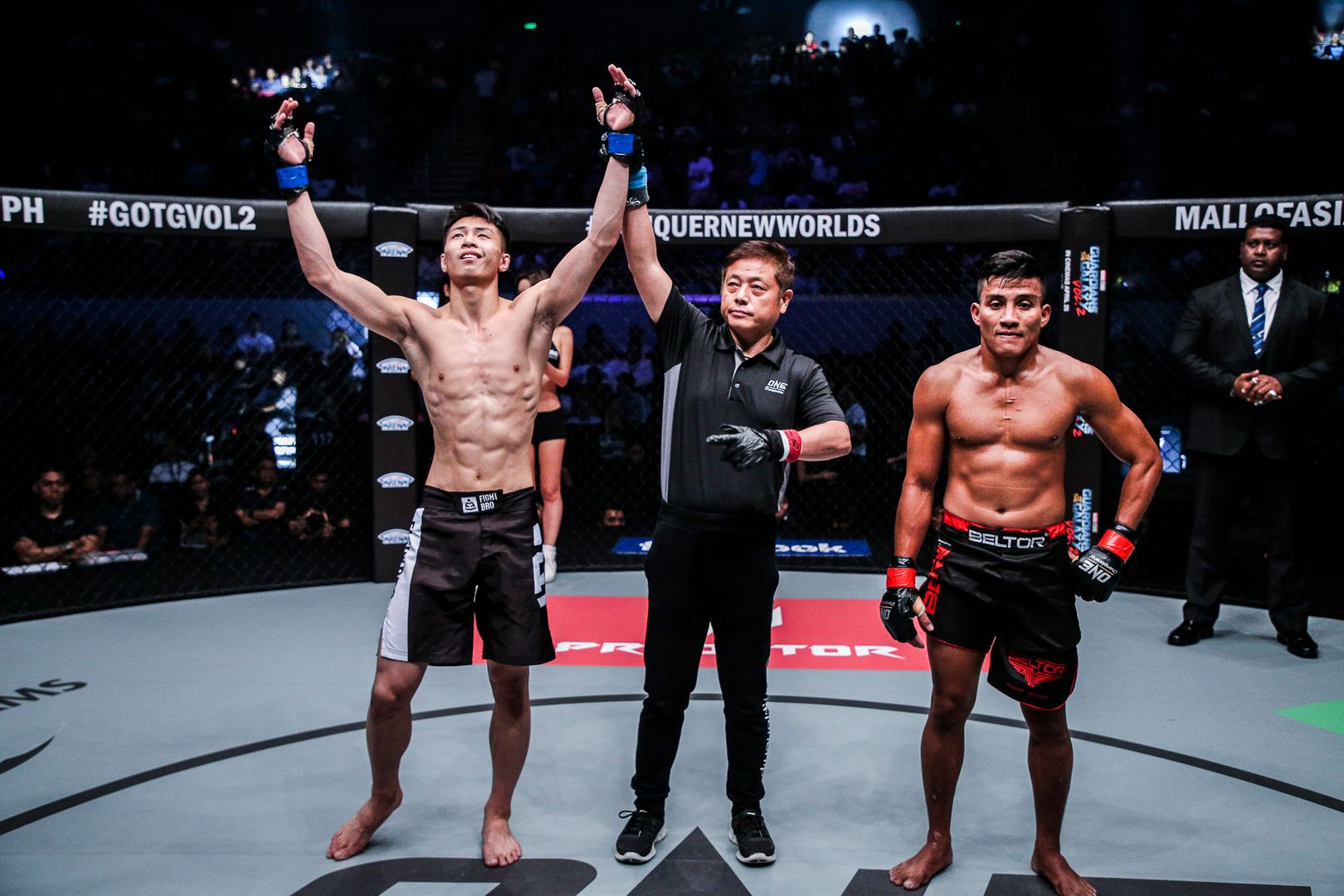 It was a great kick-off to an exciting main card as both guys came absolutely ready to fight. Both fighters have had a mixed bag of results for the promotion, and although they are far from the top of the ladder, the two have exhibited incredible potential, and the ability to give fans a good show.

Although Chan tried his best to claim victory, he came ill-prepared for Xie’s ground game. With the victory, Xie improves to 3-2, while the Cambodian drops to 4-3.