Yuya “Little Piranha” Wakamatsu prevailed in a hard-fought battle with Reece “Lightning” McLaren at “ONE on TNT III.”

The flyweight mixed martial arts bout, which aired on Wednesday, 21 April, was contested at a relentless pace for the full 15 minutes, but “Little Piranha’s” vast improvements ultimately led to a unanimous decision win at the Singapore Indoor Stadium.

Wakamatsu made his intentions clear at the start of the first frame by swinging heavy leather at his rival. The Japanese star looked like he had leveled up in the wrestling exchanges, as he shrugged off some well-timed takedown attempts from the Aussie and countered with his own trip to end up on top.

McLaren kept active with the submission threat until he could scramble back up. Then, surprisingly, it was Wakamatsu who initiated more clinching on the Circle Wall. The pair jostled for position constantly, until the Gold Coast man finally dragged his foe to the mat with a body lock.

From there, “Lightning” put a late stamp on the round with a fierce salvo of punches and elbows from the mount position, and he came close with a rear-naked choke before the bell sounded. 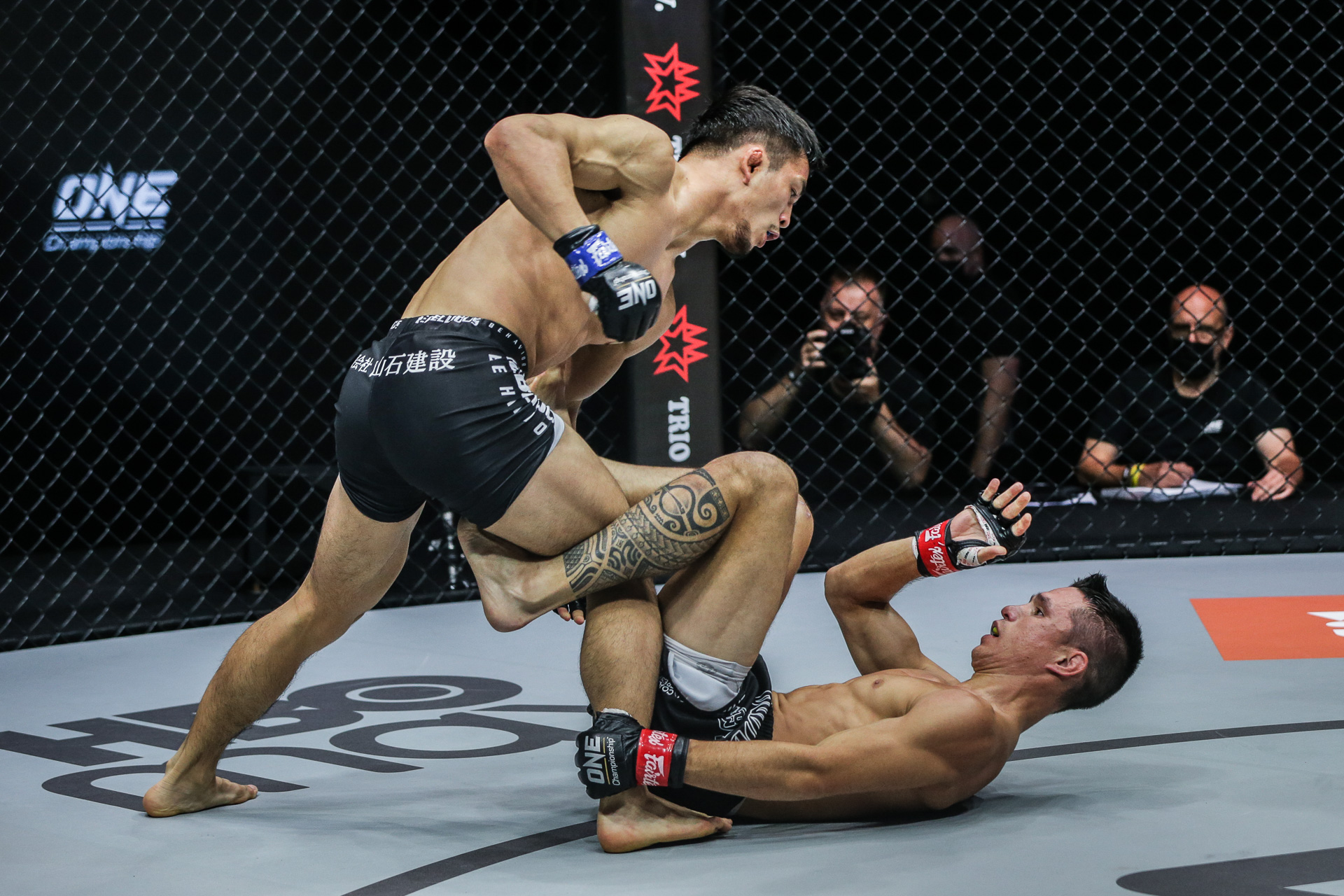 Buoyed by his late surge, McLaren started well in round two. He kept his distance and landed kicks on “Little Piranha’s” body and head. When he moved in to shoot for the legs, however, the Tokyo native’s defense was on point. The Aussie managed to drag things to the canvas with a single-leg and briefly threatened with an armbar, but Wakamatsu reversed the position and rained down hard punches from the top.

Back on the feet, McLaren had another good entry and took his foe’s back. He could not contain Wakamatsu, though, and ended up on the bottom, using his butterfly sweep to return to his feet.

As the round continued, “Little Piranha” grew increasingly confident. He stuffed takedown attempts, landed his right hand, and scored with a hard elbow on the break from the clinch to edge ahead. 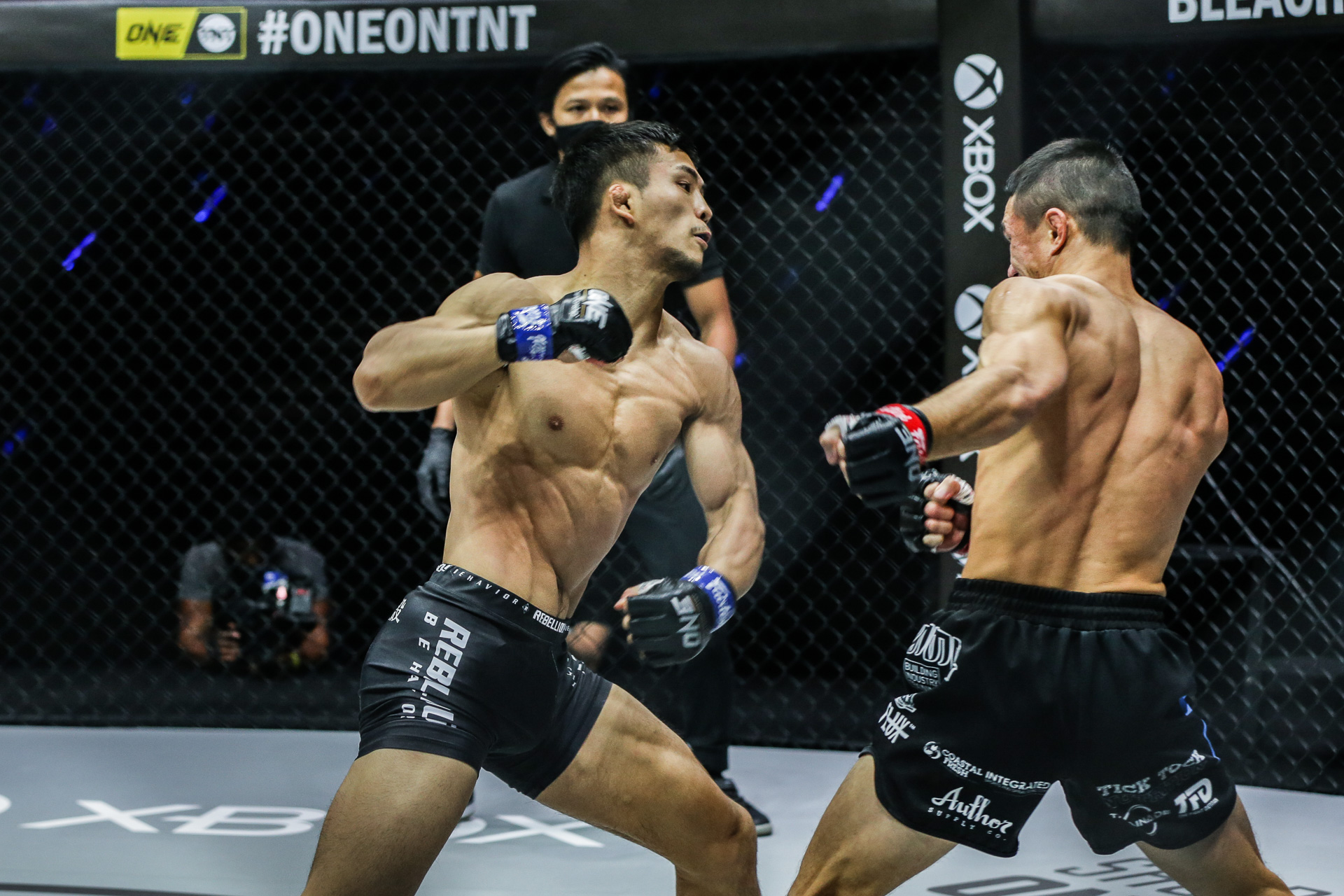 It was still razor-tight coming into the final stanza, but despite McLaren’s best efforts, it was the Tribe Tokyo MMA representative who continued his surge from the previous round.

Wakamatsu landed a hard left hook and a darting right that shook the Gold Coast man early, and “Lightning” moved into his wrestling game to clear his head. “Little Piranha” stuffed every shot that came his way with sprawls and underhooks, and he swarmed McLaren with punches as he came in.

“Lightning” tried to press Wakamatsu to the Circle Wall to get him down from there, but to no avail. And for his part, the Japanese star scored with short elbows and punches. He then sealed the decision by sprawling on a late double-leg takedown attempt from his foe and landing a flurry of knees to the head that racked up more points on the scorecards. 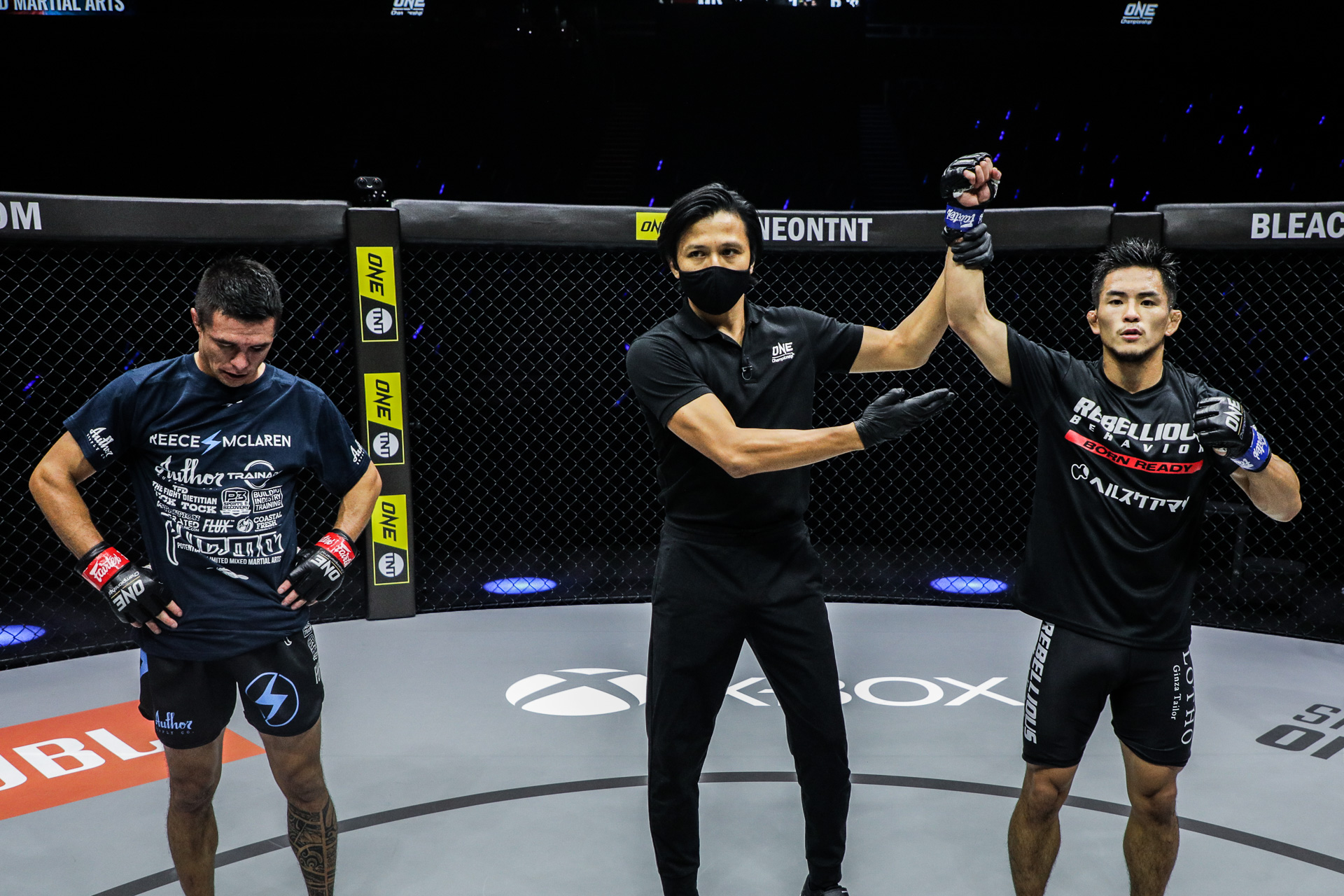 Though it was a hard-fought battle the whole way, the unanimous decision was clear for Wakamatsu.

In the process, “Little Piranha” pushed his record to 14-4 with four straight wins on the global stage. The impressive run means he could be knocking on the door for a ONE Flyweight World Title shot against Adriano “Mikinho” Moraes.