Yuya “Little Piranha” Wakamatsu was a rising star when he made his first appearance in ONE Championship. Now, he is one of the most feared flyweights on the planet.

The Japanese knockout artist has evolved at a rapid rate since he entered The Home Of Martial Arts in 2018, earning the #3 spot in the official flyweight rankings and cementing his place among the division’s elite.

Moreover, with four straight victories against world-class opponents, Wakamatsu is firmly in the ONE Flyweight World Title picture.

In this exclusive interview, “Little Piranha” opens up about his rise to the top and his goal of challenging Adriano “Mikinho” Moraes for the coveted gold strap.

ONE Championship: It’s been three years since you signed with ONE Championship, and you’ve become one of the top-ranked flyweights. What do you think about your tenure in the promotion so far?

Yuya Wakamatsu: When I was in Pancrase, the time passed really quickly, and I got to the title match before I knew it. So [in ONE Championship], I feel like it’s been a long time, but it’s been quick. I realized that life could go that quickly.

I’m sure this feeling won’t change even if I become the champion. It will be like, “Oh, I’m a champion now, and my next goal is this.” But now, for me, becoming the champion is not the ultimate goal, but the starting point. I think I will be the champion if I keep going like this.

The present will be a thing of the past in the blink of an eye, so I don’t have any deep feelings about my third year in ONE, since it’s all happened so fast. If I hadn’t evolved this much, I think I would be happy that I’ve reached third place in the rankings, but I think I am not done here yet. I think I keep getting stronger, so I am like, “Third place? So what?”

ONE: Have you ever thought about a rematch against Demetrious Johnson?

YW: Yes, I have, of course. But now is the era of Moraes, rather than DJ. Times change, don’t they? So even DJ could lose and fall because he’s human. It’s impossible to be strong forever. He might gradually decline from his peak, but I am young, and many other athletes are coming up, too.

I thought about a rematch, but now that he’s lost – I don’t want to sound like a jerk – I will look for a stronger fighter. Since DJ is famous, people around me say that I should do a rematch against him, but that doesn’t sound reasonable to me.

ONE: Has your ONE career gone as you expected so far?

YW: I think it’s going the way I wanted it to go. I lost to DJ and [Danny] Kingad, but Moraes finished both of them. Right now, Moraes is at the peak of his powers, but I’m still in the developmental stage. So my scenario is going well: I beat him and get even better. I think I need to evolve and get better than Moraes.

ONE: Is that part of the reason why you are training at Sanford MMA in Florida this time?

YW: Yes. I’ve wanted to try it for a while. I’ve always thought that it’s up to me to get stronger, not the environment, but America is big and cutting-edge in every way, so I thought it would be wrong for someone who’s never been there to say that America and Japan are the same. I guess seeing is believing.

So I decided to try it out for the first time. Of course, I didn’t expect that I would be beaten up and feel like, “America is a dangerous place.” After all, we’re all human beings. And I think there are many monsters in the welterweight division. But I believe there are many strong, smaller athletes in the flyweight division in Asia, and they are top-notch in the world.

I thought that I just had to experience America once. After all, my way of thinking changed before and after I came to the U.S. Once I came here, I realized that I could come here any time.

It was the same for me when I came to Tokyo from Kagoshima. I thought I was like a big fish in a small pond. I had an image of Tokyo as a dreamy place, but I found it was not so much when I got there. It’s the same with the U.S.

So I felt that I needed to update my way of thinking by gaining experience. In this sense, I came to America to expand my world.

ONE: Why do you think Moraes continues to successfully defend his World Title?

YW: His advantage is that he is physically and mentally strong, but we’re both human beings. If I could land a big shot on him, he would fall.

If I avoid grappling with him, I can give him enough damage to win. There are ways to win a bout, like fighting patiently until his heart cannot take it anymore, or beating him with punches. That’s what I am thinking about.

ONE: If you were asked who you would like to fight next, would it be Moraes?

But I would like to have a title match as soon as I can. The time is limited, and I don’t know when we’ll be able to compete now. That’s why I really want to ask for a World Title match.

Considering Moraes’ [perspective], if he can beat me, there’s no reason to turn this down. That way, he can get paid by ONE again. It’s a good thing for him. If he’s not intimidated and he is a fighter, just do it. I wonder if he’s intimidated?

If he is so confident that he will beat me as the champion, then go ahead and do it. Or rather, I would say, just do it! 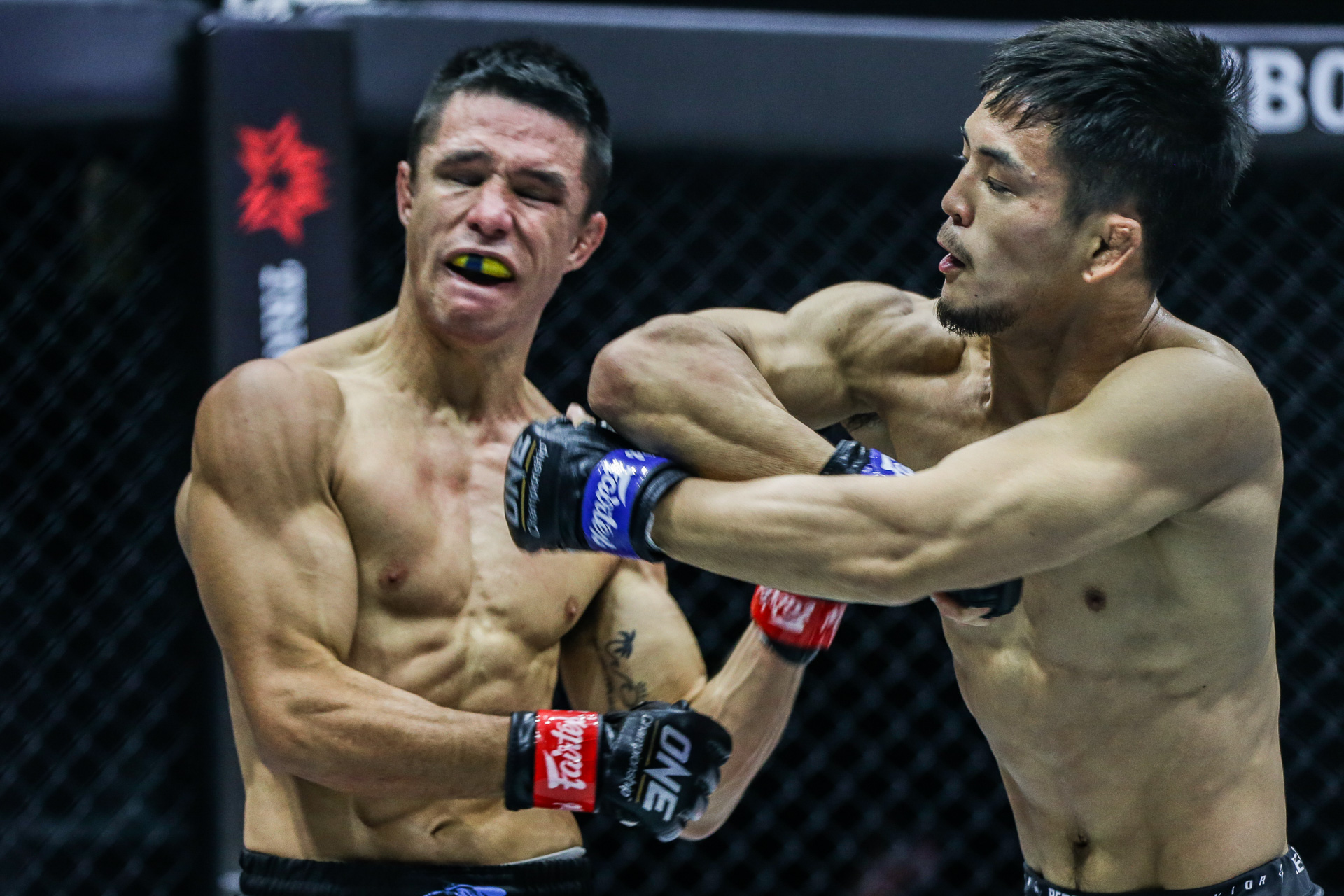 ONE: Do you have something you would like to ask the ONE matchmakers?

YW: I think Moraes is inspiring the world by becoming the World Champion, but I want to win and be the champion so that the whole world can see what a samurai is actually like. I want people to know that there are [warriors] like this, even today.

I want to be the champion of ONE and be a star. I’m ready to go, so all I have to do is get a title shot, win, and stay focused.

ONE: ONE Chairman and CEO Chatri Sityodtong once told you, “You can be a champion.”

YW: Yes, that’s another reason for me to work hard. In my mind, Chatri is a king of a kingdom. I think he is a man with foresight, and if he says so, then I will never be satisfied, and I will become stronger and stronger. His words still remain in my heart.

I’m not that famous, but the people who see me will understand. All I need now is to become the World Champion for everyone to recognize me. 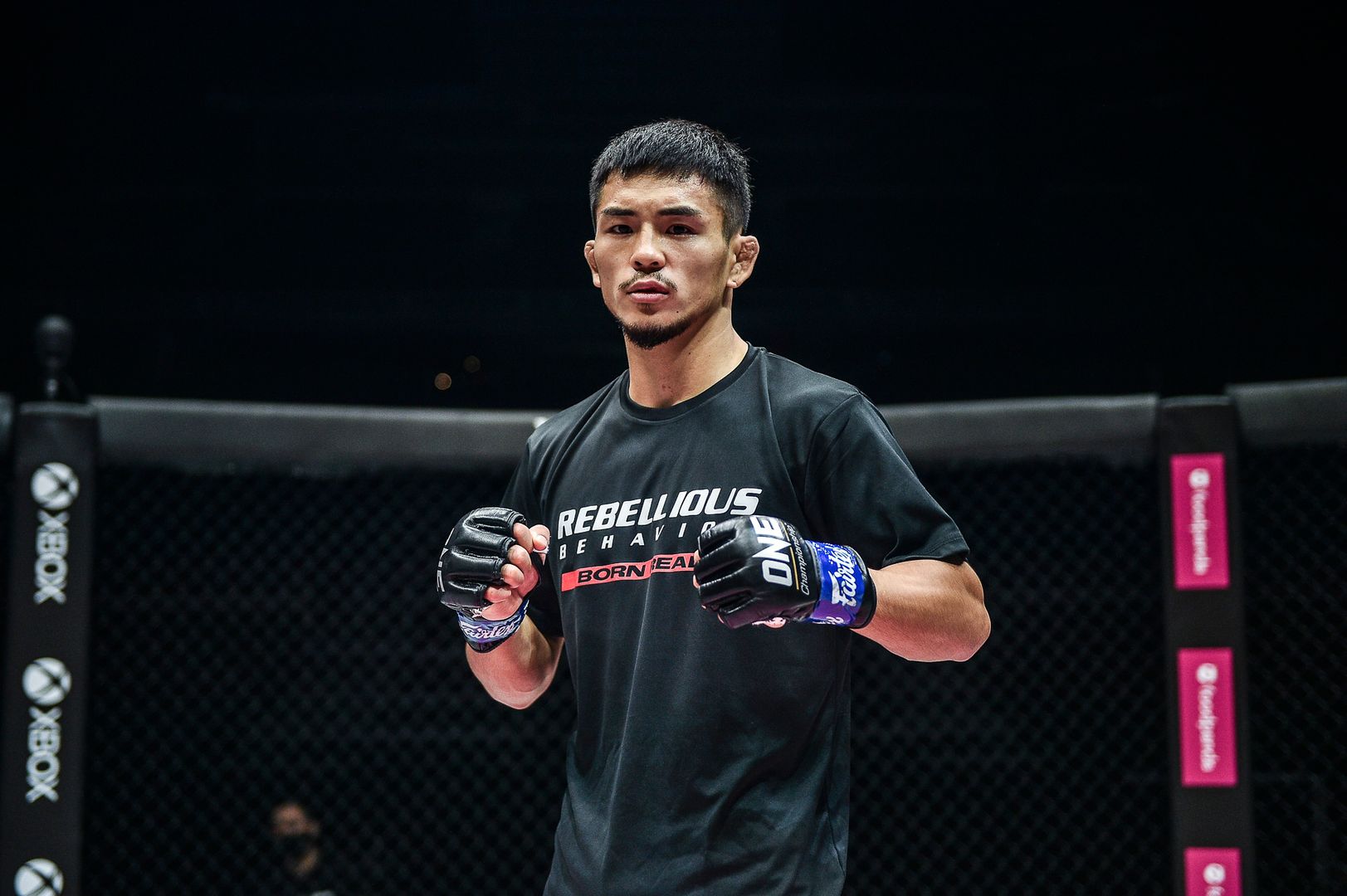