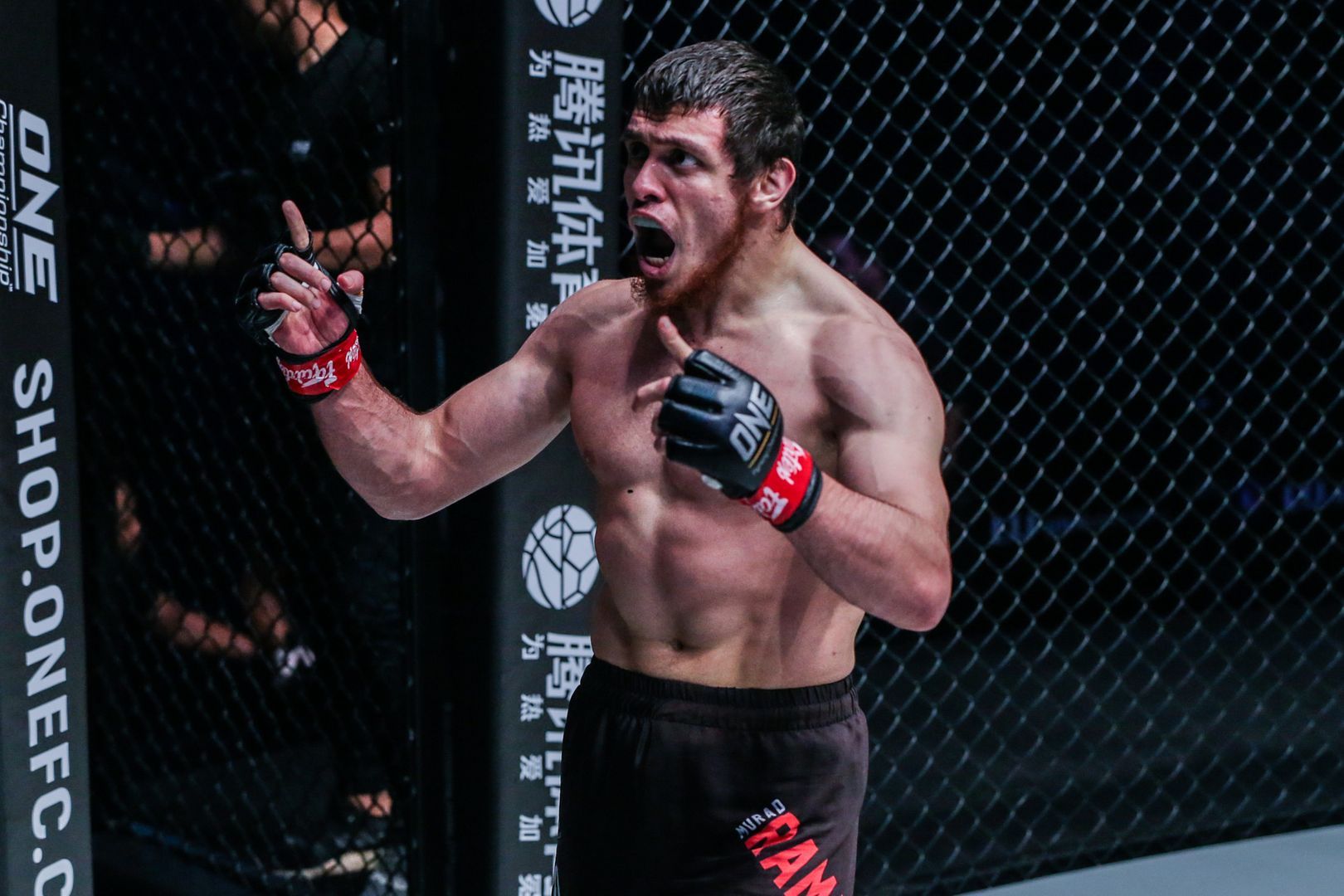 Murad Ramazanov hopes an impressive performance against Zebaztian “The Bandit” Kadestam would score him the next opportunity to challenge for the ONE Welterweight World Title.

The Dagestani phenom is set to meet the division’s former king at ONE: WINTER WARRIORS II this Friday, 17 December, and a victory would take him to 3-0 in ONE – and an impressive 11-0 in his professional mixed martial arts career.

If he does get his hand raised at the Singapore Indoor Stadium, Ramazanov believes his flawless slate should be enough to earn a matchup with reigning titleholder Kiamrian “Brazen” Abbasov in 2022.

“In the case of my victory, I should be the main contender for a title shot. I worked hard, and I’m still working hard to get there. I deserve it,” he says.

The Russian has been dominant inside the Circle thus, elevating himself into the division’s upper echelon with back-to-back wins over “Wolverine” Bae Myung Ho and Hiroyuki “Japanese Beast” Tetsuka.

But beating a former World Champion in “The Bandit” would be the biggest scalp of his career, and the 26-year-old has left no stone unturned on his hunt for success.

“I am approaching everything with greater responsibility and greater dedication,” Ramazanov says.

“I don’t just want to be a good fighter, I want to be the best. And I don’t want to just have close fights, but finish them before it goes to a decision.”

For his part, Kadestam is a proven commodity whose heavy striking has finished all four of his promotional victories, including his crowning moment against Tyler McGuire in 2018.

However, Ramazanov isn’t fazed by the Swede’s potent stand-up game and has confidence that his own well-rounded skill set will be enough to get the job done.

“His strengths are in his Muay Thai base. But I am not worried about his or my strengths and weaknesses. I just need to do my job and come out as a winner,” the Dagestan Fighter representative says.

“I am ready for any type of fight, standing or on the ground – it doesn’t matter. I spar with world-class strikers, and I am not worse than them. Sometimes, I can even be better.

“However, this is MMA, and with smaller gloves, anything can happen. We will see everything during the fight.”

While the Russian is prepared to battle Kadestam in any area, he knows that wrestling will be his trump card if things get tough.

Moreover, he doesn’t think the Swede will be able to stop himself from ending up on the canvas.

“My main goal in this fight is to impose my game, my pace,” Ramazanov says.

“I can’t remember a fight in the past where I didn’t do a takedown. They were against middleweight and heavyweight pro fighters of top organizations. I hope he is ready for that.”

The surging Ramazanov has certainly turned heads since debuting in ONE last year, and he wants to prove that he can handle the next step up in competition on Friday.

Any sort of victory over Kadestam would be massive for the rising star, but he’s determined to assert himself as the top contender by taking his opponent out in style.

“My main game plan is to come and conquer – veni, vidi, vici,” he adds.

“I want, not only to, finish him – I want to show a spectacular fight. You’ll see more of my game plan in the Circle. I hope I’ll be able to show it all.” 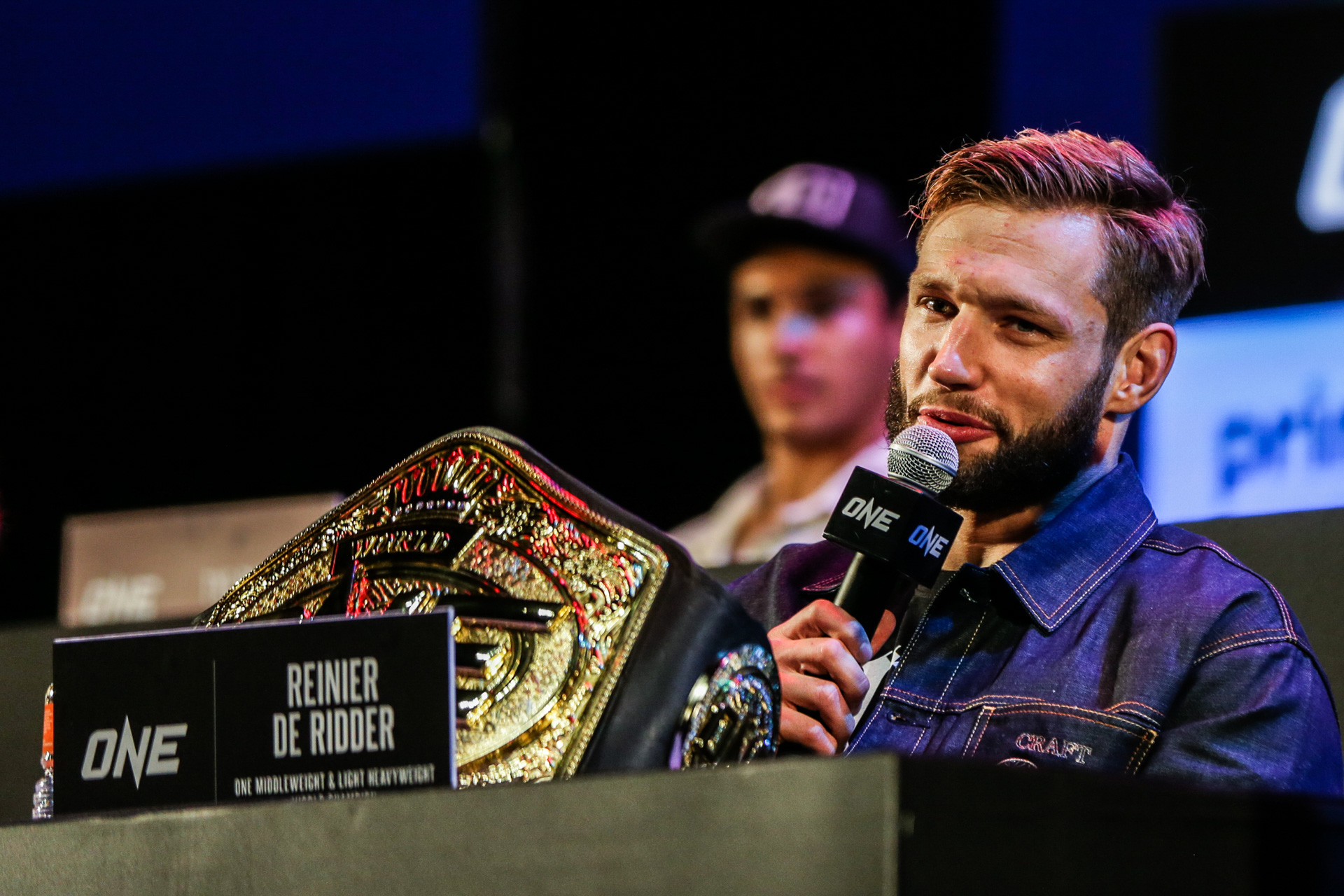