On Friday, 26 May, Tiffany “The Soul Crusher” Teo made her hometown proud.

In front of a partisan crowd at the Singapore Indoor Stadium, the 27-year-old stayed perfect in a unanimous decision win over Rebecca Heintzman-Rozewski to close out the preliminary portion of ONE: DYNASTY OF HEROES.

“The plan was to out-strike her and make this more of a stand-up fight, because I know she is more comfortable on the ground with her wrestling,” Teo offers, backstage after the bout. “But even when it went to the ground, I felt I out-grappled her.”

From the onset, Teo was getting the better of the exchanges on the feet, peppering Heintzman-Rozewski with combinations and a consistent left jab. Even when the bout hit the canvas in the opening frame, “The Professor” did not have the answers for the test that was Teo. 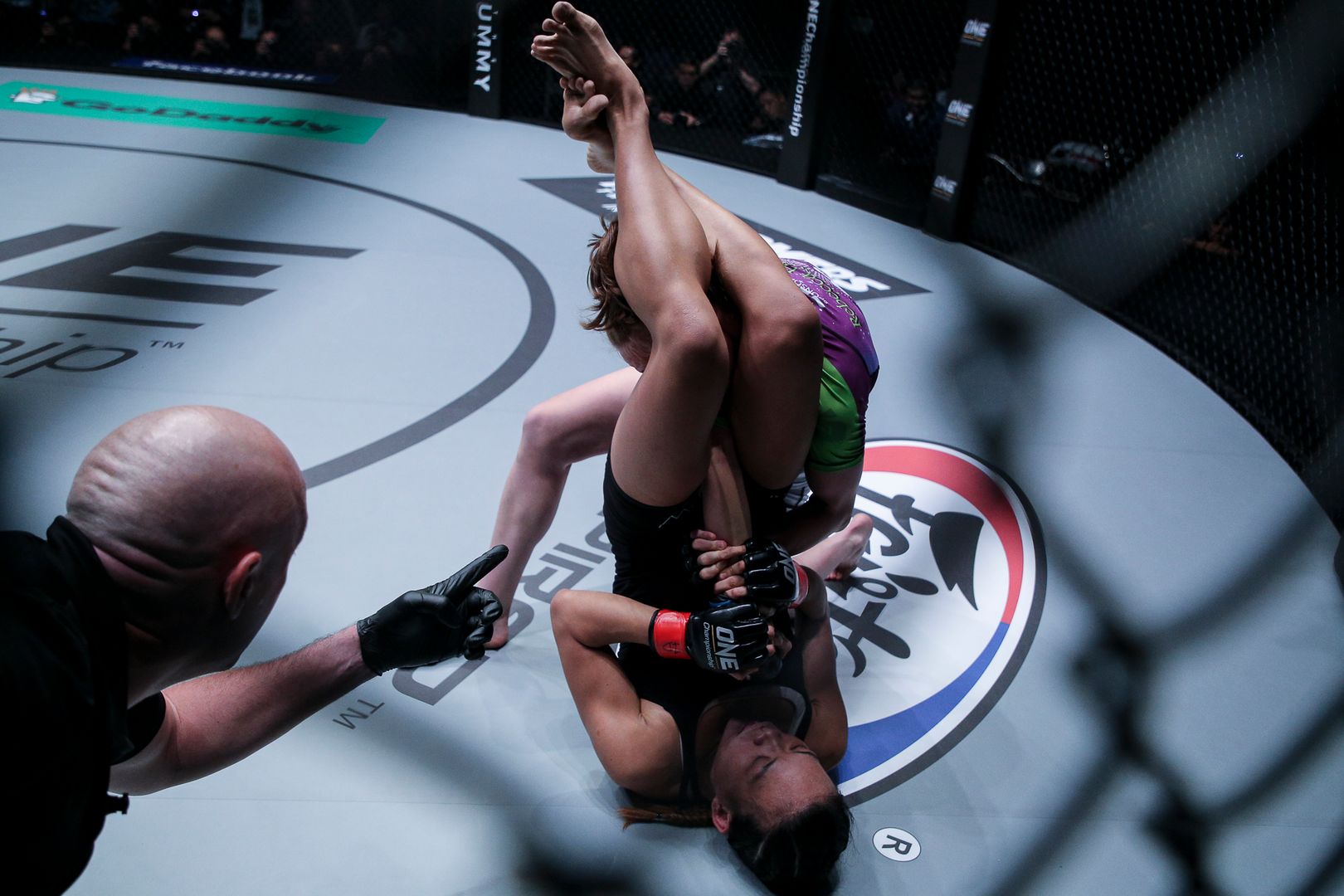 After snagging a takedown, the 30-year-old American found herself on the wrong end of a submission attempt, but was able to fight out of the near match-ending submission to get back to her feet.

The 27-year-old Singaporean turned on the intensity in the second round, returning to the left jab to do some serious damage to her opponent’s nose. Heintzman-Rozewski scored a takedown late in the round, but it was obvious she would need a miracle heading into the final stanza.

“The Professor” attempted to start the third round in similar fashion, however, her attempt at a takedown failed, and Teo landed in top position before taking Heintzman-Rozewski’s back.

As the clock ticked away, the American battled and escape her way out of a choke to get the contest back on their feet. Again, Teo found herself staring at the Singapore Indoor Arena lights courtesy of a late-round takedown, but there would be little suspense about who would emerge victorious. 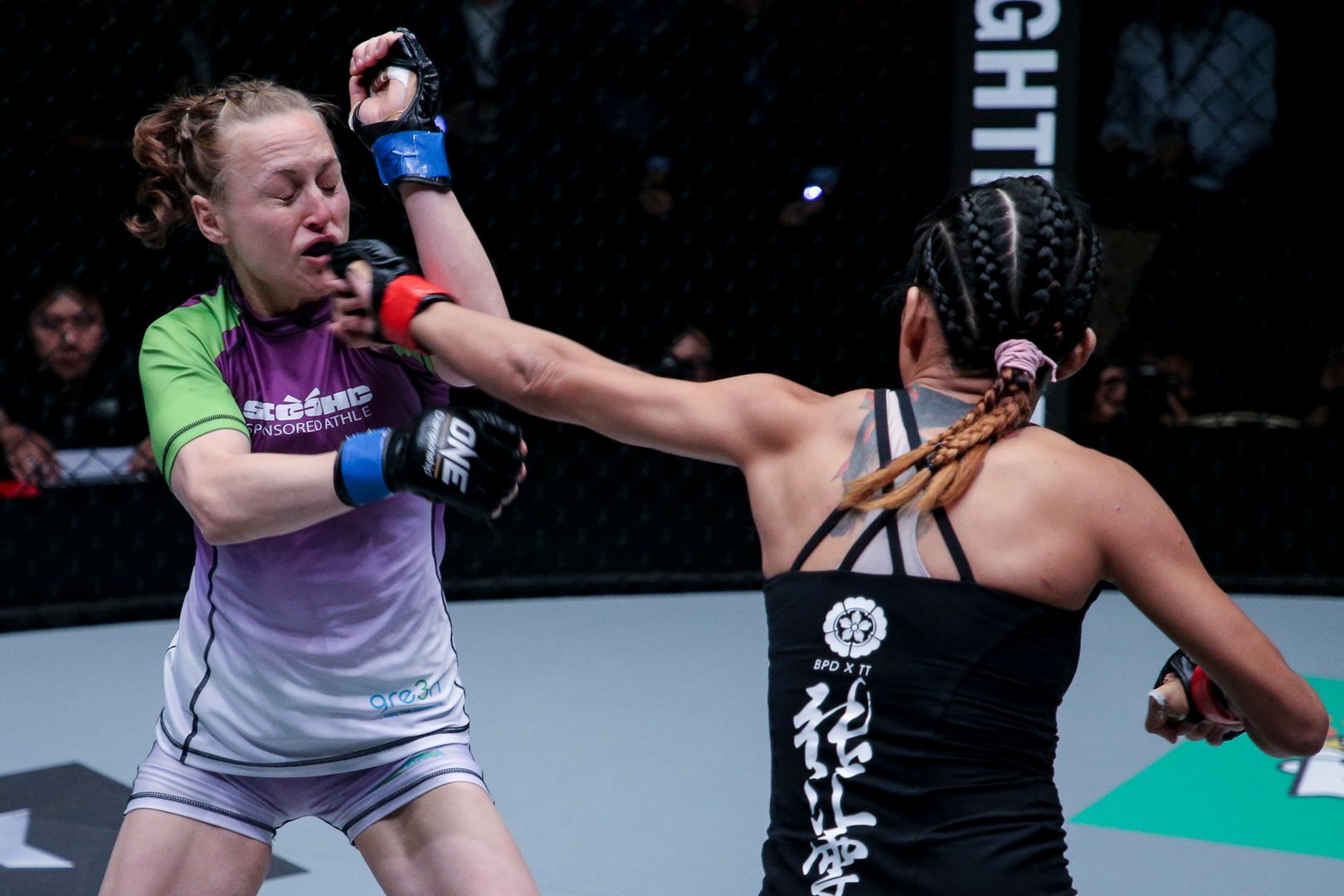 The judged unanimously decided to award the match to Teo, who at a perfect 6-0 continues her climb up the strawweight ranks.

“I am very happy with my performance today, but there are still a few things I want to improve on, like my takedown defense and my wrestling. In this fight, I feel my striking improved a lot,” the Singaporean adds.

Whether her next bout happens against the surging BJJ world champion Michelle Nicolini or another top strawweight, “The Soul Crusher” just wants to keep moving forward and improving.

“For now, I still feel I am pretty new to ONE Championship. I have three wins in ONE, but there are a lot of good strawweights like Ann Osman,” she states. “I feel it would be awesome if I could get a shot at a title, but if it does not come now, I am willing to put in the work to keep wining more fights and get a shot in the near future.”