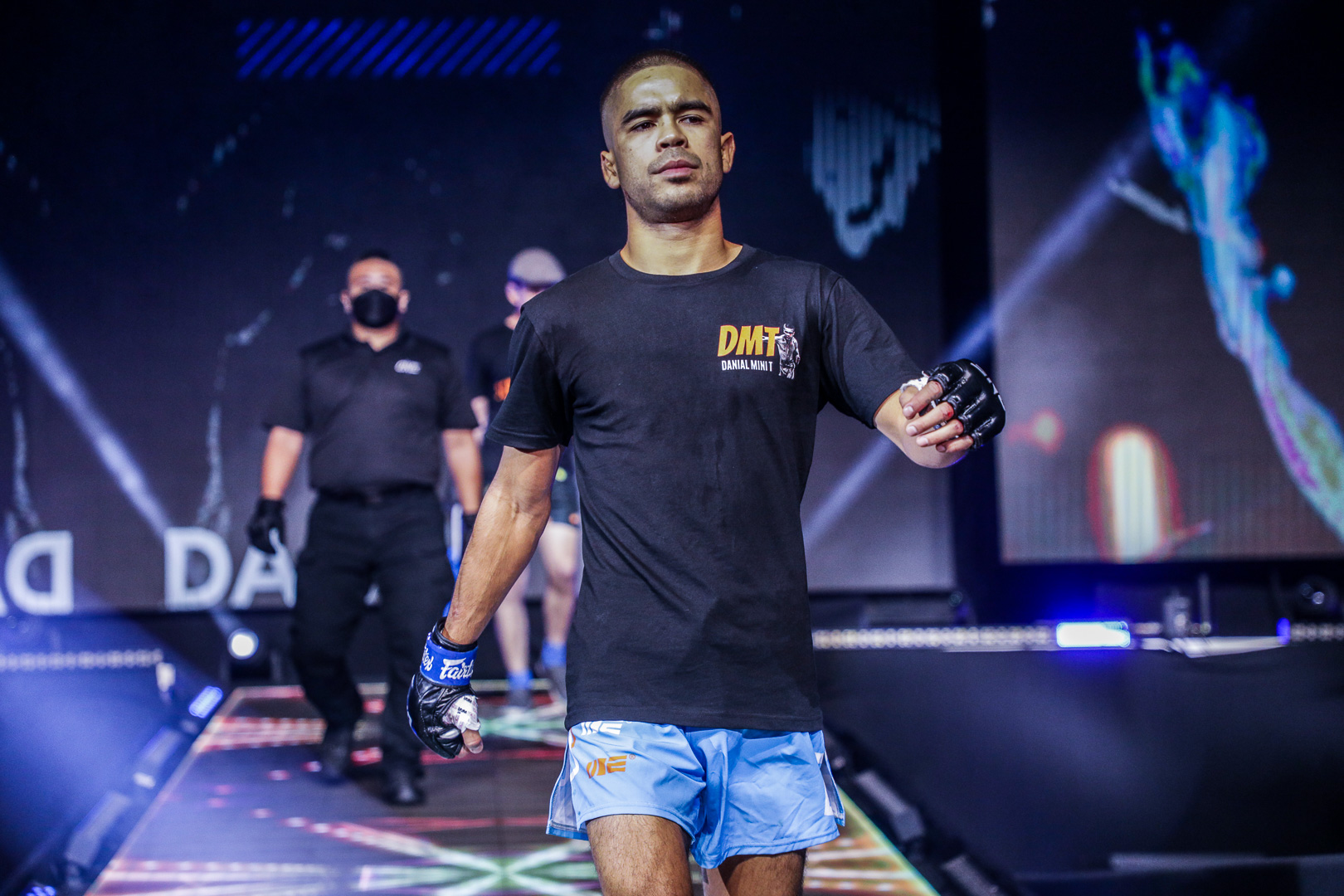 This past Friday, 22 April, the Perth native continued his spectacular MMA run at ONE 156: Eersel vs. Sadikovic as he defeated Japanese grappler Namiki Kawahara via unanimous decision inside the Singapore Indoor Stadium.

Williams, who is also the #5-ranked strawweight Muay Thai contender, brilliantly utilized his striking repertoire and ground defense to earn his second consecutive victory. The win also pushed his MMA record to 5-1.

Though Kawahara landed some takedowns and threatened with submissions on the canvas, “Mini T” knew he needed to remain calm.

Speaking after his win, Williams said:

“Staying patient was the key to going to the floor because, like, I’m still a blue belt [in Brazilian Jiu-Jitsu], and I’m in a world-class strawweight division now, so we knew it was going to be difficult on the ground ’cause I still had a lot of work to do.

“He was very shifty, and that’s what we expected. He moves a lot, and I did [injure] my [right] hand again. The thumb is really swollen now, so I can’t really clench my fist. That did play a part in trying to keep throwing it and then doubling up my shots, but yeah, it is what it is.”

Williams frequently tagged Kawahara with the right hand, and he even dropped the Japanese fighter with a powerful cross 90 seconds into round two. “Mini T” followed him to the mat to secure the finish, but it proved to be unsuccessful.

Looking back, the Perth resident believes he could have approached the situation more wisely.

“I thought I did have him in the second round, but I thought I kind of rushed the gun a little bit trying to get that US$50,000 bonus. I should have let him stand up and pick my shots a bit more, but as I said, it’s all just a learning curve.”

Now with victories over DEEP Strawweight Champion Namiki Kawahara and former ONE Strawweight World Champion Dejdamrong Sor Amnuaysirichoke, Danial Williams believes he is ready for bigger challenges – both in MMA and Muay Thai.

In MMA, he wants to test his skills against #5-ranked strawweight contender Jeremy Miado. The Filipino has a boxing and Muay Thai background, and he’s also riding a three-bout winning streak all comprised of stoppage victories.

Ultimately, Williams believes the two would produce fireworks in the Circle.

Currently, Prajanchai is scheduled to defend his belt against #1 contender Joseph Lasiri at ONE 157: Petchmorakot vs. Vienot on 20 May. However, Williams would like to throw down with the Thai star at some point.

“I’d love to fight Prajanchai for the World Title. I reckon that will be sick, just two crazy strikers. I don’t think anyone in the top five in Muay Thai would, sort of, give him a big challenge. If I could just pick one fight, that will probably be it.”