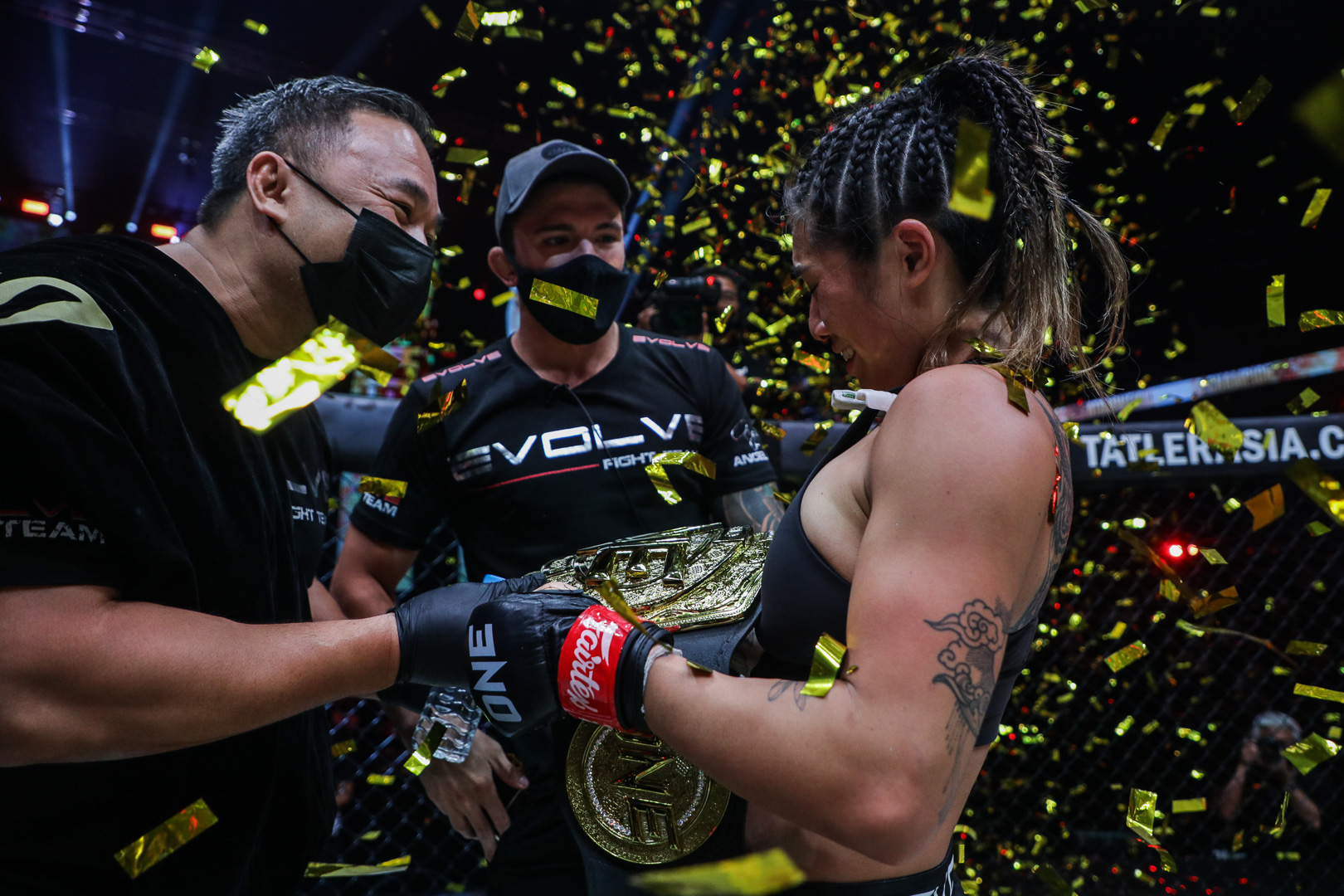 Ken Lee has always treasured his role as a father, but not many moments have compared to watching his oldest daughter, “Unstoppable” Angela Lee, become a mom herself.

The patriarch of the Lee family – who’s overseen the MMA rise of three children – is now helping Angela prepare for the main event of ONE on Prime Video 2 on Friday, September 30.

But while it might be the biggest fight of “Unstoppable’s” career to date, Ken is simply thrilled to see the 26-year-old blossom as an individual after giving birth to her first child, daughter Ava Marie, last year.

“I don’t know if it’s affected her career, but it has affected her as a person. You know, she’s matured from a young girl into a young, loving mother, and all the benefits and attributes that come with that. She’s become a lot more patient. She, of course, has to put her child first.”

It’s clear that Ava Marie has been the most important part of Angela’s life since she was born in April 2021.

“Unstoppable” took a lengthy hiatus surrounding the birth, and she split her duties between martial arts and motherhood while preparing for her long-awaited return at ONE X this past March.

The atomweight queen regularly brought her baby daughter to training sessions at United MMA in Hawaii, and she even took her to Singapore for the World Title defense against #1 contender Stamp Fairtex.

It wasn’t easy, but Angela managed to fine-tune her MMA skills, perfect her game plan for Stamp, and pass both pass the hydration and weigh-in testing while attending to Ava Marie’s every need.

Father and coach Ken witnessed that delicate balance firsthand, and he applauds his daughter for successfully defending her belt despite the unique circumstances and a tough opponent.

“It’s hard enough to prepare for a fight camp, but to take a break during training and breastfeed your child, get back on the mat, and then try to concentrate while your baby’s crying, and then to bring your child to fight week? People are trying to manage weight and stay focused, and she’s got to take care of her child.

“Whereas her opponent is just focusing on the fight and drilling, she’s maybe up at 3 a.m. nursing and then getting up and training again. So, she definitely has grown a lot as a person. She’s much stronger, and I’m very proud of her.”

Angela Lee and Xiong Jing Nan are arguably the two greatest female MMA fighters in ONE Championship history, and their third fight is essentially Round 11 between the pair of reigning World Champions.

But for his part, Ken Lee believes the familiarity between his oldest daughter and Xiong will play right into their hands.

The United MMA head coach also feels that Angela’s preparation for her third showdown with Xiong is similar to how his second child, Christian Lee, geared up for his successful ONE Lightweight World Title rematch against Ok Rae Yoon last month.