The main event for ONE: WARRIORS OF THE WORLD has been set, and it has serious title implications.

On Saturday, 9 December, Thai superstar Shannon “OneShin” Wiratchai (8-1, 1 NC) will square off against Russian grappler Rasul Yakhyaev (10-6, 1 NC) in the evening’s headlining bout, which takes place at the Impact Arena in Bangkok, Thailand.

The bout will be a ONE Lightweight World Championship title eliminator, with the winner going on to face the champion at a future event.

Currently, the belt is held by Filipino standout Eduard “Landslide” Folayang of the famed Team Lakay. Folayang is scheduled to put his belt on the line against reigning ONE Featherweight World Champion Martin “The Situ-Asian” Nguyen at ONE: LEGENDS OF THE WORLD in Manila on Friday, 10 November.

“I am preparing very hard so that I can make Thailand proud,” Wiratchai said at a press conference held at The Sukosol Hotel in Bangkok on Thursday, 28 September. “I know my opponent is incredibly well-rounded and highly-skilled, so I will surely not be taking him lightly. It’s going to be an absolute battle from beginning to end.”

Over the past couple of years, the 28-year-old Wiratchai has emerged as Thailand’s biggest martial arts star. He is on a six-bout winning streak, with all but one of his victories coming by way of spectacular finish.

Yakhyaev, on the other hand, makes his return to the ONE Championship cage following an unsuccessful stint in December of 2015, when he lost to Lowen Tynanes via third-round submission. Since that defeat, he has gained some valuable experience inside the cage.

“I have improved so much as a martial artist in my time away. Now, I am confident in all of my skills,” Yakhyaev explained. “I am coming to Thailand to take on its toughest warrior.”

Wiratchai has looked increasingly impressive with each passing bout, employing a unique striking style that has proven to be a problem for his opponents. His most notable victories include a first-round knockout of Mitch Chilson, a close split decision over fellow contender Amir Khan, and a memorable second-round stoppage of Malaysia’s Peter Davis. 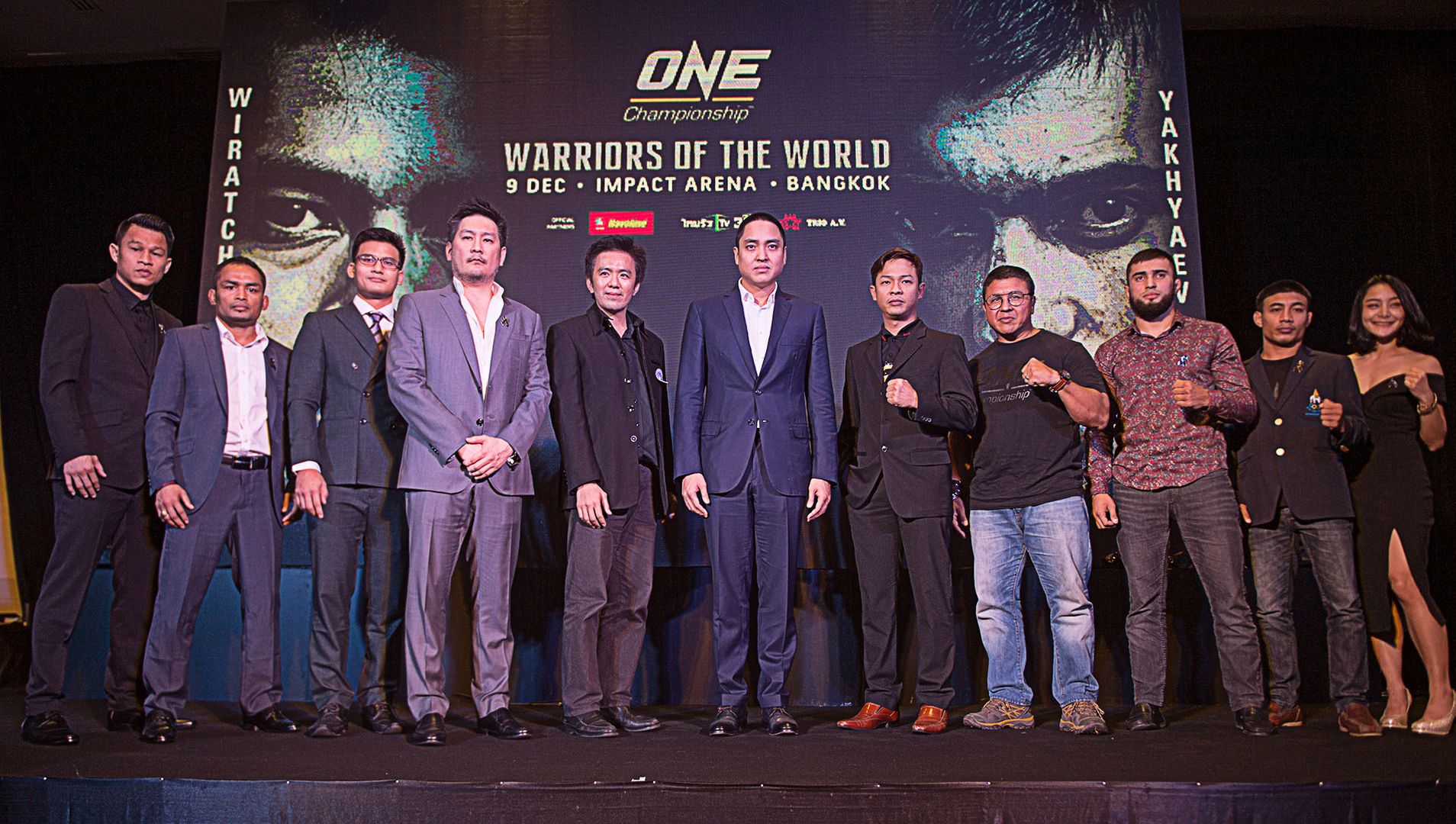 “Bangkok is one of the most amazing places in the world to hold a live sporting event, because the fans are so passionate and energetic,” Sityodtong stated.

“The atmosphere we create at the Impact Arena is unique, and you have to experience it firsthand to understand the kind of electricity that flows through the stadium. This main event we have lined up is sure to produce fireworks as Thailand’s biggest martial arts star, Shannon Wiratchai, showcases his skills inside the ONE Championship cage against Russia’s Rasul Yakhyaev.”

Additional matches for ONE: WARRIORS OF THE WORLD have yet to be announced, as well as opponents for Ishige, Dejdamrong, Kongsrichai and Petpayathai.