After four consecutive defeats, there was no stopping Shannon “OneShin” Wiratchai from getting back in the winner’s column on Friday, 21 August.

The Thai icon gave multiple-time Muay Thai World Champion Fabio Pinca a rude welcome to the world of mixed martial arts, as he won a hard-fought split decision in their featherweight contest at ONE: NO SURRENDER III in Bangkok, Thailand. It was a tactical matchup early on, with Pinca moving forward and Wiratchai gladly countering from the outside.

Things then opened up midway through the stanza. The Frenchman started to connect with leg kicks. But just as he got comfortable, he slipped while trying to land a head kick, allowing Wiratchai to pounce and connect with some ground and pound as the round ended.

In the second frame, the 36-year-old Pinca once again targeted Wiratchai’s legs, but the Thai circled away from his opponent’s thunderous kicks and responded with strikes of his own. 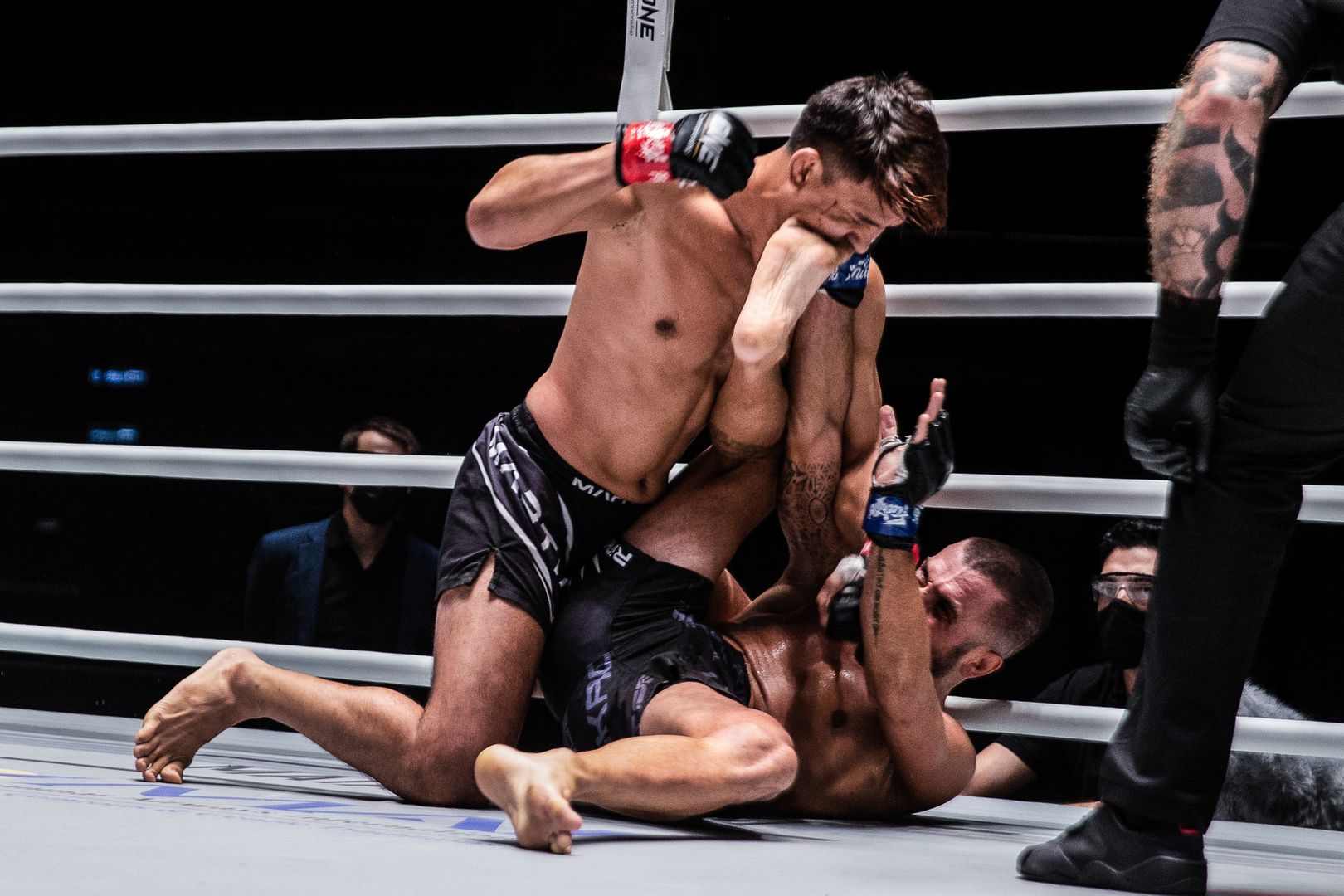 The biggest blow of the fight came from Wiratchai midway through the round.

After narrowly missing a head kick, the 31-year-old Bangkok native connected with a spinning backfist that floored Pinca. “OneShin” followed him to the canvas and rained down punches from the top, but as he readjusted himself, Pinca quickly scrambled back to his feet.

Though the Thai gained more confidence, Pinca remained aggressive – something he carried into the third round. 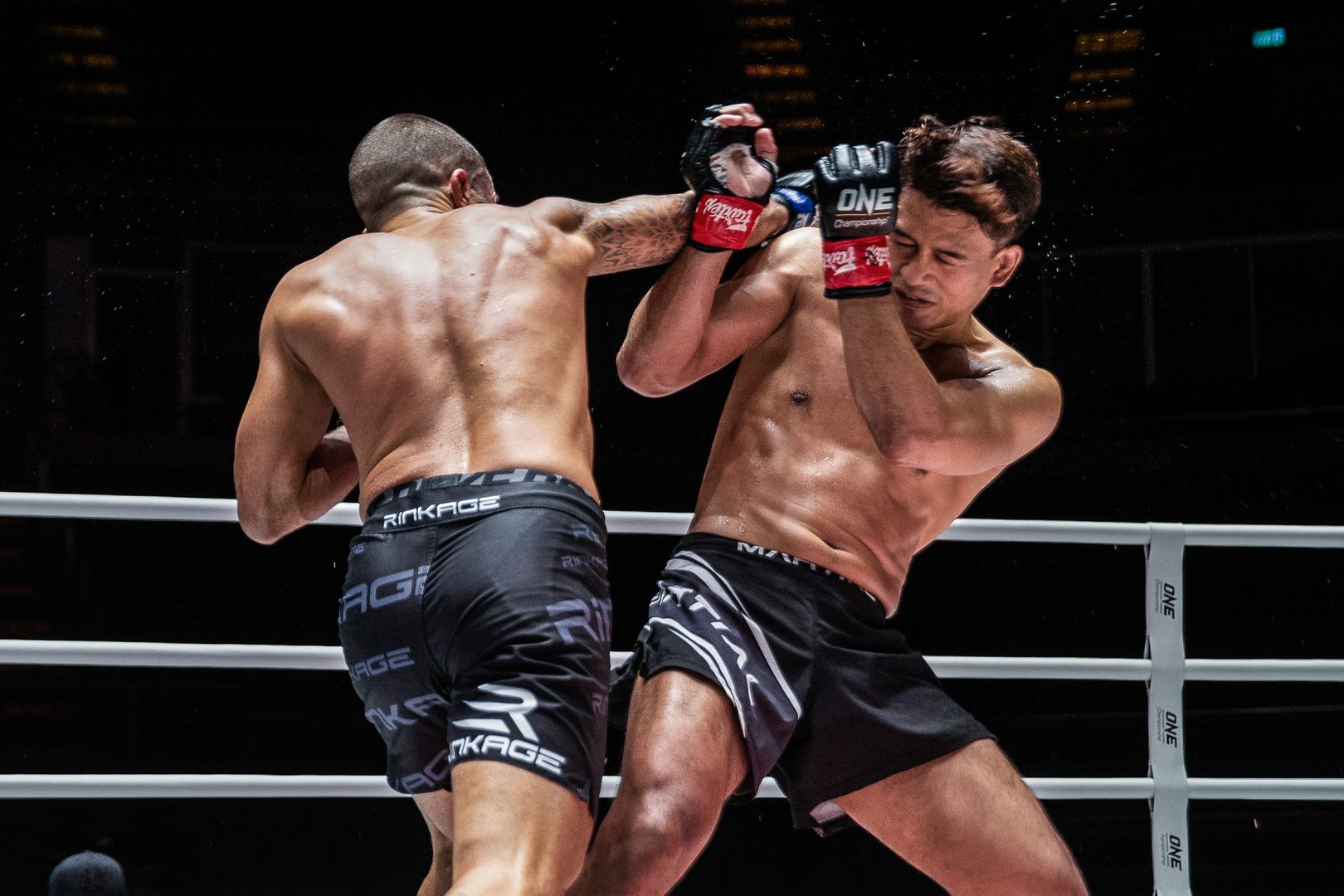 Clearly feeling a sense of urgency, the Frenchman pushed forward, landing a left hook and a grazing head kick. A thunderous leg kick hurt Wiratchai, forcing the mixed martial arts veteran to shoot for a takedown that Pinca shrugged off easily.

The Team RS representative finished the contest strong, as he backed up Wiratchai with a straight right and leg kicks.

Fortunately for the Bangkok native, his success in the opening two rounds held more weight with two of the judges. The gutsy performance was enough to earn the split decision, as “OneShin” improved his mixed martial arts record to 10-6. 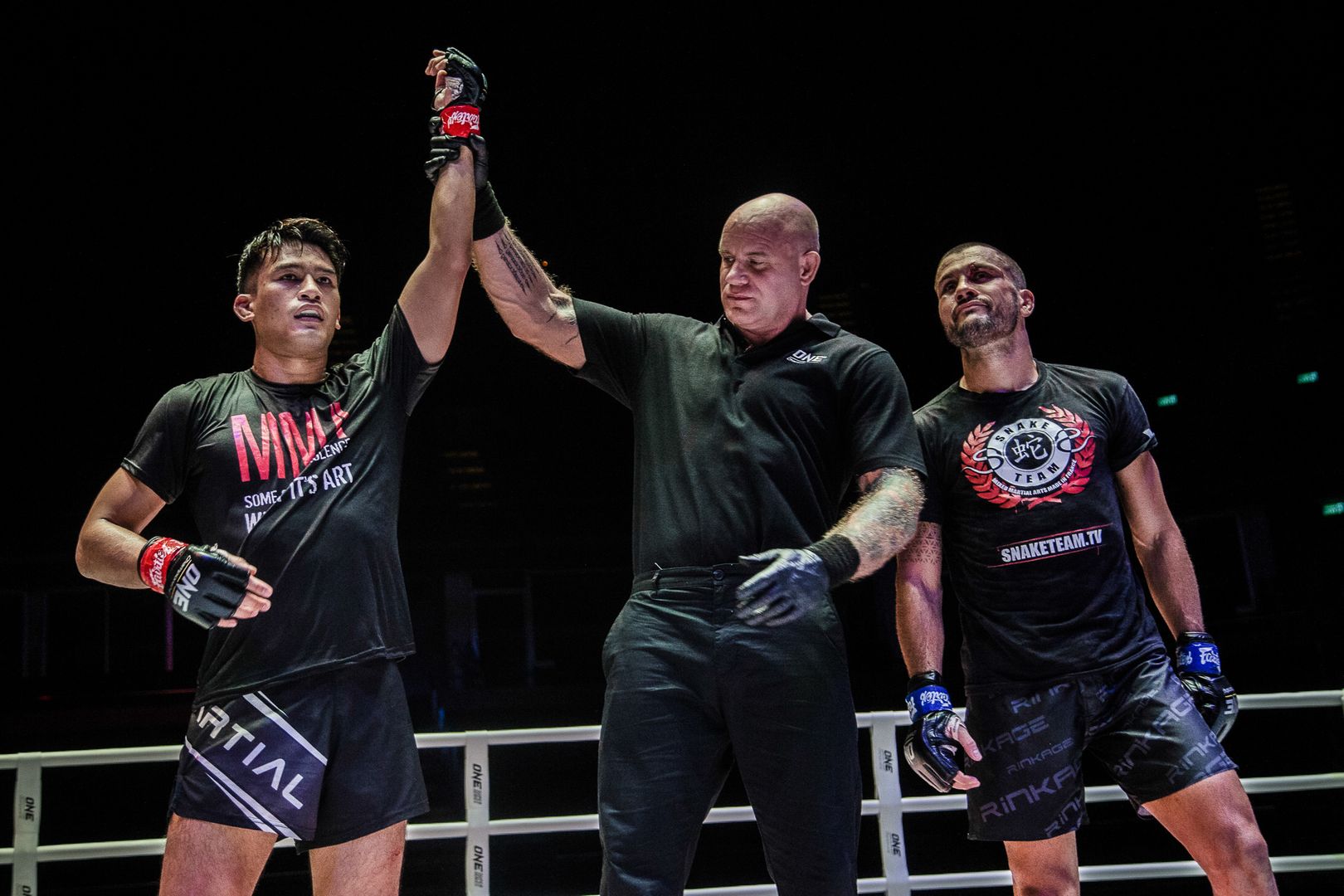