It may have been just a single round at ONE: CONQUEST OF HEROES, but Saygid “Dagi” Guseyn Arslanaliev’s stoppage of  Timofey Nastyukhin was probably the most spectacular performance of the night.

The Turkish powerhouse rushed the Russian knockout artist before he had a chance to let loose with his strikes, and ended his night with a barrage of punches at the 1:57 mark of round one.

Before the match in Jakarta, Indonesia last Saturday, September 22, Nastyukhin was talked about as one of the top contenders for the ONE Lightweight World Championship, but Arslanaliev shot ahead of him in the running after his incredible display.

Now that the dust has settled on his extraordinary performance, he reflects on how he was able to earn the biggest win of his career, and plans his next move in ONE Championship.

ONE Championship: What was the game plan headed into the match with Timofey Nastyukhin, and how were you able to execute it?

He moves with his whole body, trying to close space because he has a short reach, so we planned to counter him with long shots and footwork – changing directions and throwing elbows if he managed to come in.

In the fight, we saw that the plan was too risky, so we switched plans and changed the game. Our second plan was to put his back to the cage and ground and pound him. This worked, and we were able to stop him.

ONE: What surprised you the most about Nastyukhin?

SGA: His size surprised me. He looked very big. As far as his game, instead of moving forward with his attacks, he tried to counter me and tried to pull me in. We weren’t expecting that.

After he hit me with a right – which didn’t hurt me by the way – I heard my coach tell me to put him down in the corner. I immediately did that. This was a good decision. Shots like that are risky.

We also planned to pick his left leg. We knew his right foot was injured, so keeping him on his injured foot would make him feel insecure and uncomfortable. ONE: How did you get him in a position to finish him off?

SGA: He was fast and strong. He came to exchange fists. I believed I could outstrike him and he would get slower as the fight went on. It’s difficult to carry so much muscle.

I also didn’t want to take too much damage stopping him, because I was thinking about the other fights I will be getting. I walked out cleanly with no injuries or cuts. I stuck by the plan.

It’s very important to set up takedowns against him because he knees and kicks well. You can’t be direct. I threw a fake overhand and grabbed a single (leg takedown). He defended by moving back, which İ wanted him to do.

I continued to ram him to the cage, where he didn’t have enough space to hurt me with punches. When I took the leg, I immediately knew he was in my zone. I hit him with a left to see his reaction, but he didn’t react well, so I saw an opening and decided to go all-out.

ONE: You are the first man to stop Nastyukhin with strikes. What does that do for your career?

SGA: Yeah but Timofey never fought me before. My instructor always tells me: “Don’t forget who you are.” In other words, if I thought that he was unstoppable, I could never be able to stop him. He is just another guy. I concentrated on myself.

I have a 100 percent finishing rate in seven pro fights. I am also a top lightweight contender. I submitted (Tetsuya) Yamada, who was also never submitted. This means nothing. All titles and statistics are useless when they are alone with me in the cage.

All my fights finish fast. Since the start, I showed the world that I am serious. I am capable. I live and breathe fighting. I have a good team, and most importantly, I am ready for more. I am still young at 23, and I keep growing. The future is going to be better. 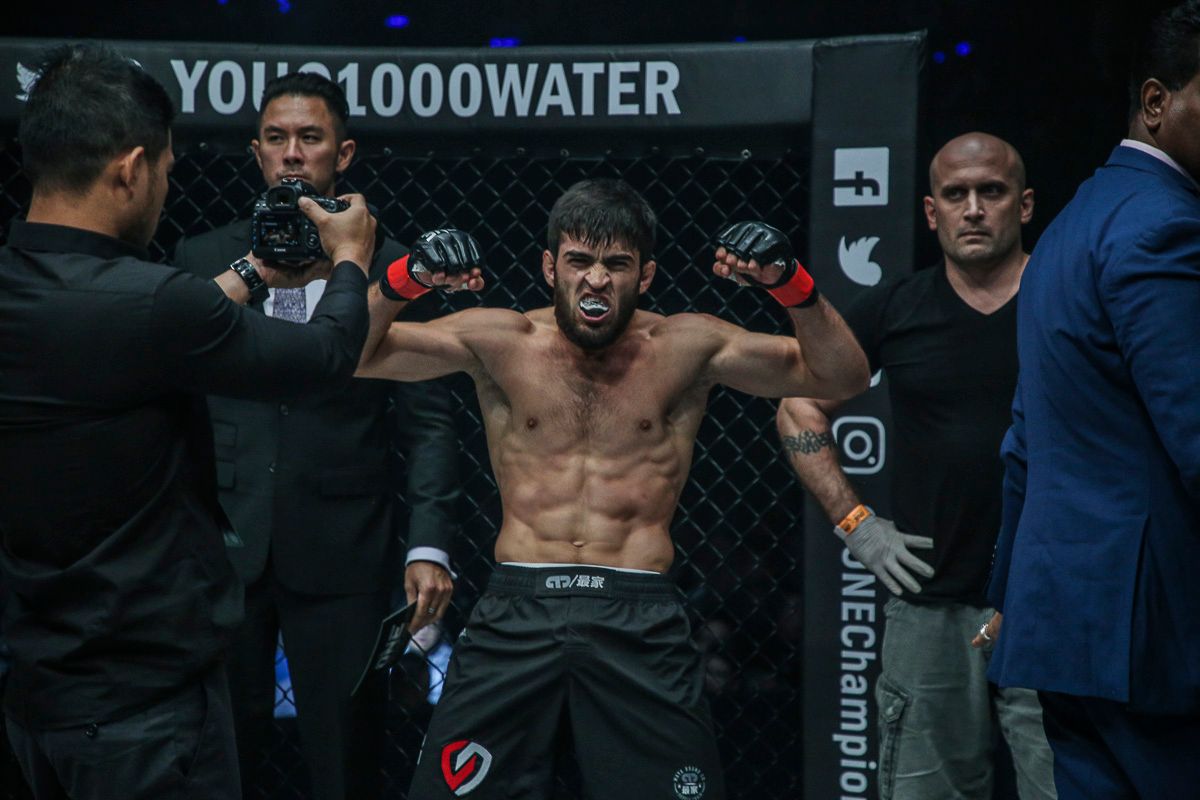 ONE: The lightweight division is stacked with contenders. What names interest you next, and who would you like to be matched up against and why?

SGA: I have never turned down a fight in ONE. I would fight anyone, but at the same time, I wouldn’t want to go backward in my career.

(Eduard) Folayang and Amir (Khan) already lost to Timofey, so I should fight the winner of (Shinya) Aoki and (Ev) Ting, and then fight for the belt. This would be fair. I am more than ready.

I can fight next weekend. I will only rest for one week. I am going back to camp immediately. I will come back stronger for my future fights.