Savvas “The Baby Face Killer” Michaelhad quite the task in his ONE Championship debut on Friday, 10 May.

The 20-year-old Cypriot courageously squared off against multiple-time Muay Thai World Champion Singtongnoi Por Telakun in a ONE Super Series Muay Thai flyweight battle at ONE: WARRIORS OF LIGHT in Bangkok, Thailand.

After three rounds of action, Michael earned the unanimous decision victory from the judges. However, the 38-year-old icon’s late resurgence made for a breathtaking spectacle inside the Impact Arena.

Michael opened the proceedings with a stiff jab, which immediately caught his rival’s attention. Singtongnoi took aim with his powerful kicks, but the Cypriot’s reach and speed kept him at bay.

Soon, “The Baby Face Killer” unleashed his fierce body-punching arsenal, and punctuated his combinations with a left hook to the body at every opportunity. He caught the Evolve representative’s kicks and landed his liver shot, and he gave the Singapore-based Thai no breathing room with his high work-rate.

The first clinch of the contest saw the youngster score another big tactical victory when he dumped Singtongnoi to the canvas. Michael managed to evade damage when the veteran fired back, and connected with an uppercut, as well as knees and elbows. 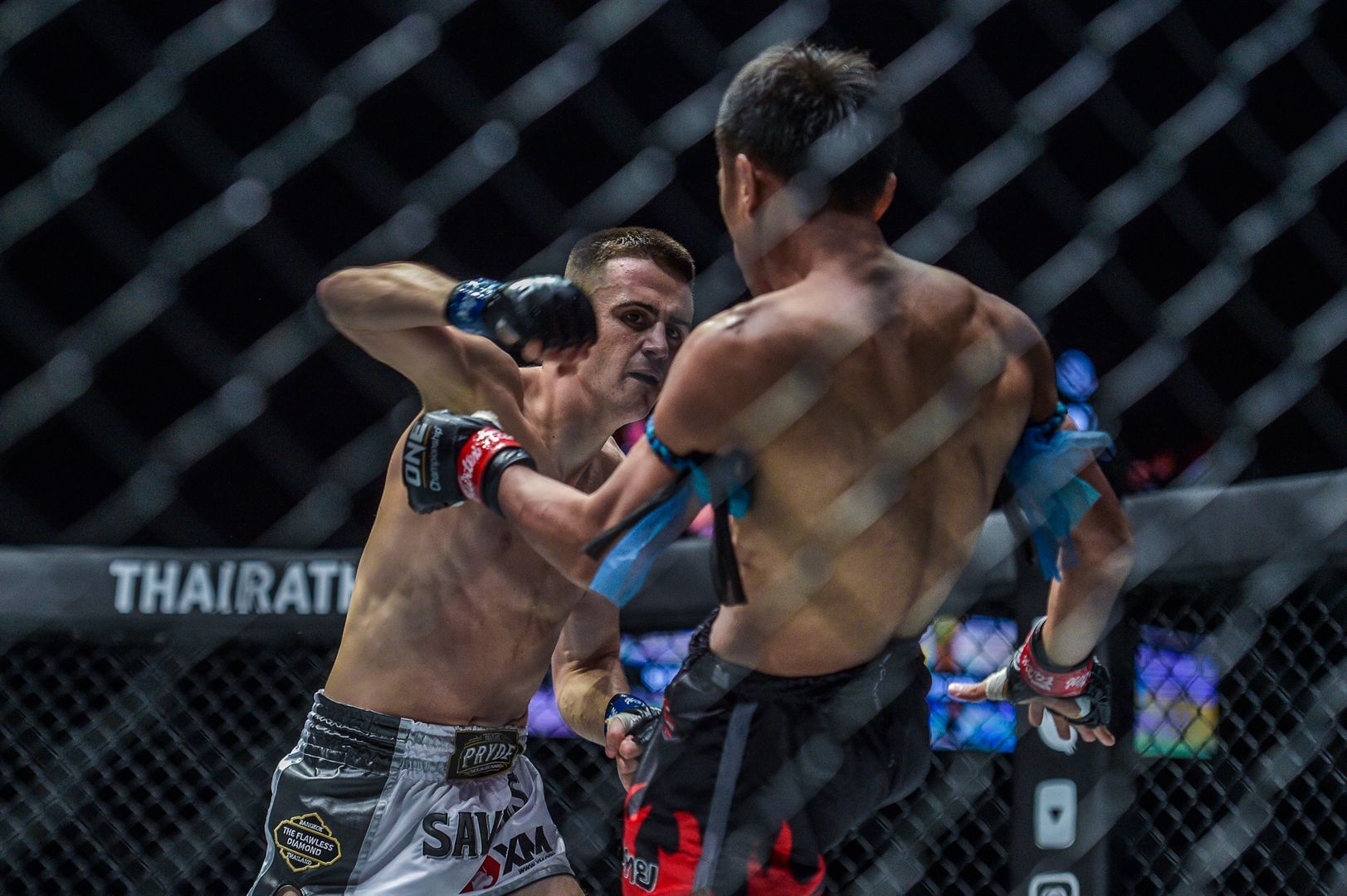 Singtongnoi, a Lumpinee Stadium and WMC Muay Thai World Champion, landed the first telling blow of the second frame when he caught a kick and countered with a right hand.

However, that only served to energize his opponent. Michael worked his boxing combinations to set up knees, while the Evolve representative swung with looping hooks in an effort to try and find an opening.

Both men were happy to trade hard shots in the pocket, but the Cypriot’s punches were crisper and faster, which meant they found the target more often. In particular, it was an accurate left uppercut-left hook combination that rattled his foe’s jaw. 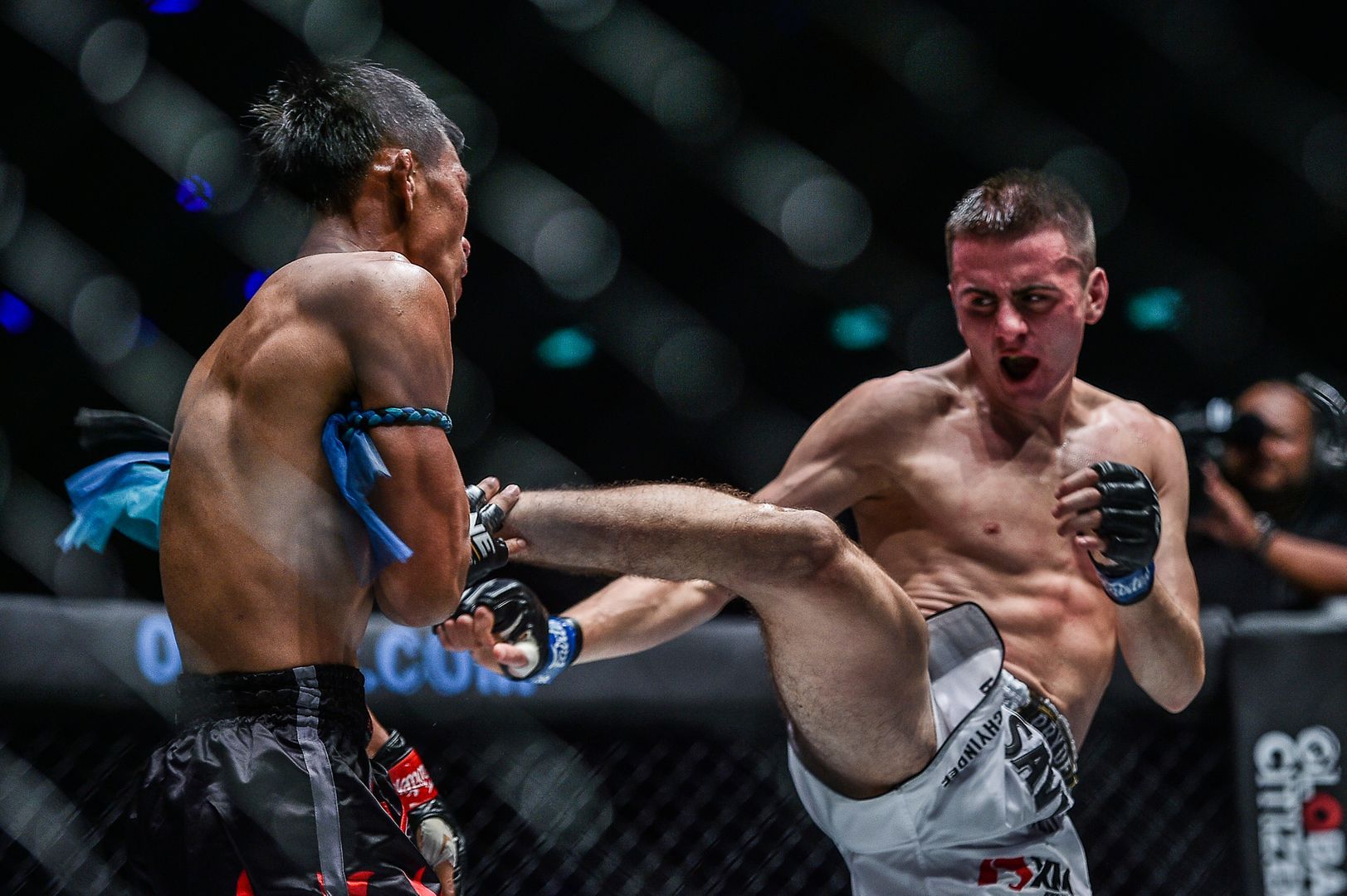 Entering the final frame, it was clear the pressure was on Singtongnoi. With his home crowd spurring him on, the Muay Thai legend gave everything he had.

The Thai hero charged forward with hard punches and landed some sharp elbows in the clinch. He moved forward to chase “The Baby Face Killer,” who looked like he might have used up most of his energy reserves.

Michael gritted his teeth and fired back with punches. Despite his fatigue, he seemed to put a final stamp on the match when he went under Singtongnoi’s checking leg to sweep him to the canvas. 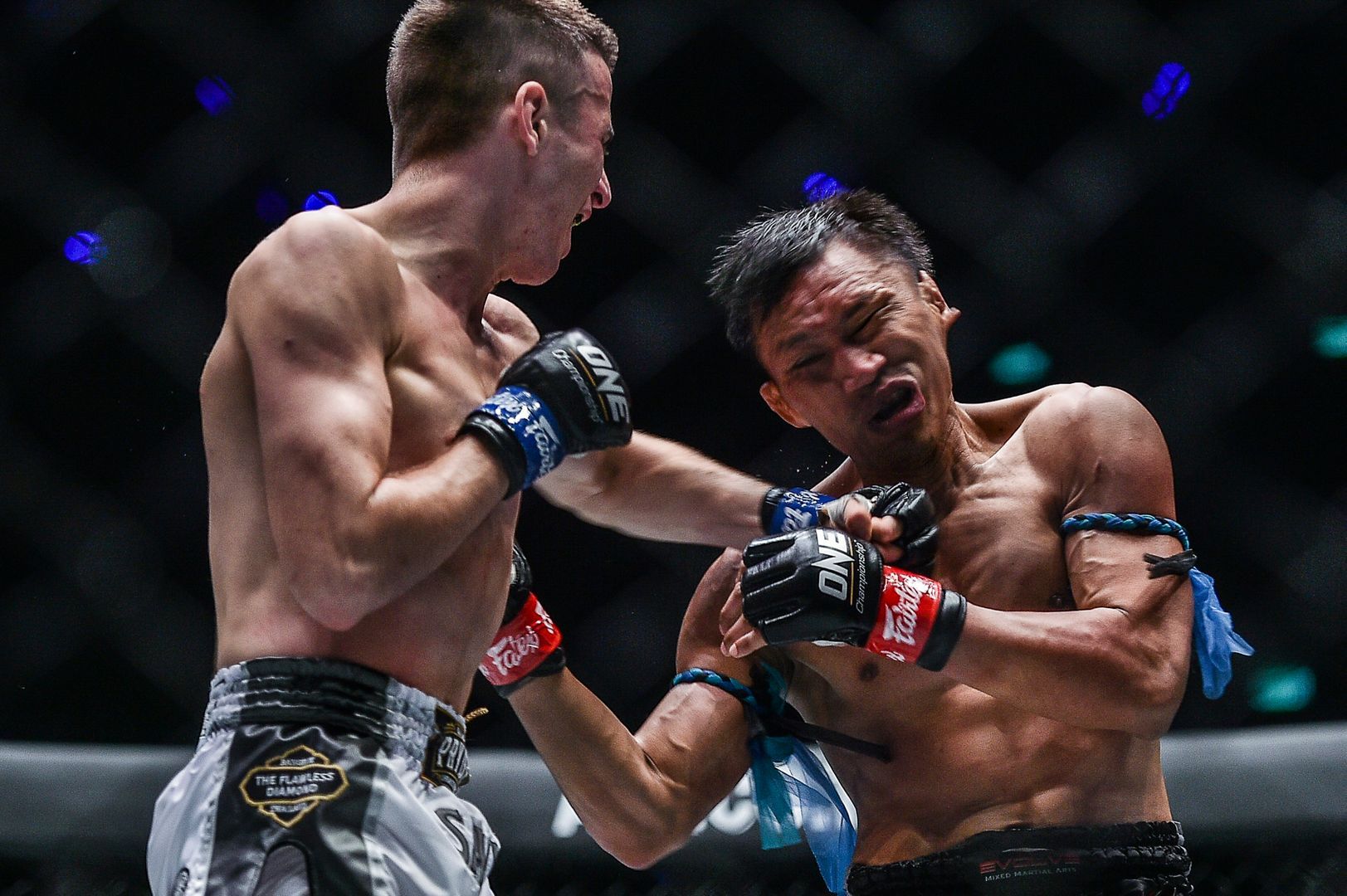 Singtongnoi’s late rally made it even more entertaining, but Michael’s dominance in the first two frames shined through. The judges noticed, as they awarded him with the unanimous decision win.

The landmark victory elevated the Cypriot’s record to 31-1, and he proved he could take it to the elite athletes in the ONE Super Series flyweight division.