A new strawweight star emerged on the global stage for martial arts last Friday, 16 August as Ryuto “Dragon Boy” Sawada made his ONE Championship debut.

Great things were anticipated from the young Japanese athlete following his success on the Japanese circuit, and then Rich Franklin’s ONE Warrior Series (OWS), and he rose to meet those expectations at ONE: DREAMS OF GOLD in Bangkok, Thailand.

It took just 69 seconds for the Evolve representative to get Indonesia’s Aziz “The Krauser” Calim down onto the mat and force him to tap to a rear-naked choke.

Though he is a newcomer to the global stage, Sawada is an experienced competitor with 15 professional bouts under his belt before he stepped into the Circle in the Impact Arena.

However, he admits that he felt some jitters ahead of his debut in the world’s largest martial arts organization.

“I wasn’t as nervous as I thought I’d be. I was most nervous because of the size of the arena. It was the biggest arena I’ve ever fought in, so it felt a little strange for me!” he says.

“I was a bit nervous before the match, but once I got into the cage, the nervousness went away and felt normal, which was good.”

As he suggests, there was no sign that the occasion had any effect on “Dragon Boy’s” performance as he chased after the finish from the opening bell.

The 23-year-old took the center of the Circle, and implemented his game plan to the letter. “It went just as I’d practiced in training. I put on pressure from standing, cut him off in the cage, and I was glad to get my specialty choke finish after the takedown. As soon as he gave me his back, I went for it,” he explains.

“He’s a tall guy, so I used high and low strikes to force him back with pressure, and it was easy to get the takedown. I wasn’t afraid of his striking, and I think my distance control was good.

“From the takedown, I got mount position, and as I threw ground and pound he turned, so I noticed the choke immediately and went straight for it. I was glad it went so smoothly.”

The finish was the fastest submission in ONE strawweight history, and added to his pair of first-round tapouts in OWS last year.

It is clear that “Dragon Boy” is one of the most dangerous grapplers in the division, and he is on a trajectory toward the top.

Immediately after his work was done in Bangkok, he returned home to Tokyo to see his family for the first time since he joined his new team in February, but he will return to Singapore soon to work toward his next match – which he hopes will propel him to a shot at mixed martial arts’ top prize. 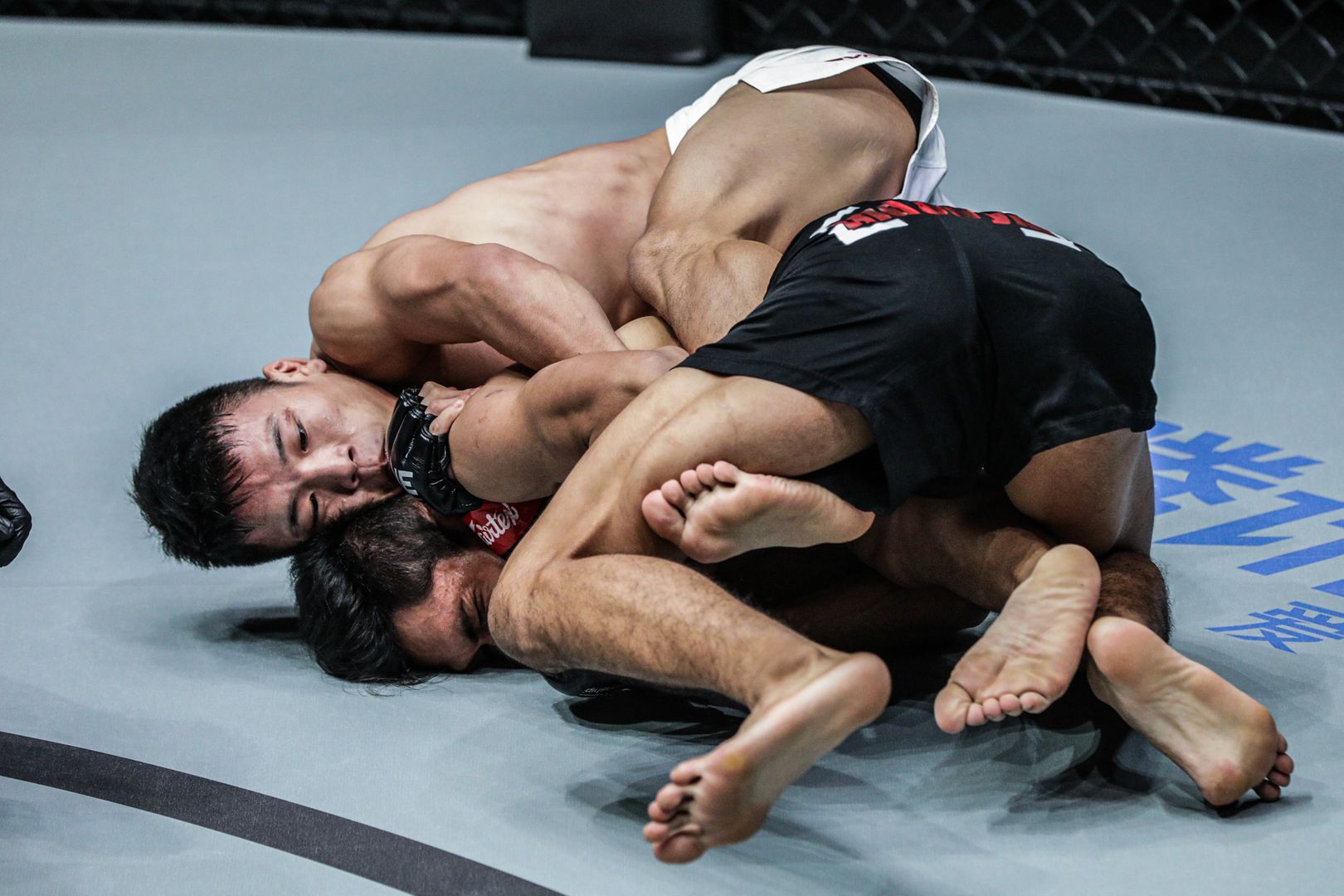 “There’s not really anyone in particular I’d like to fight, but I want anyone at the top – I’ll face anyone and give a performance just like this time – and then I’d like a World Title shot,” he says.

“My debut this time went well, and I left a strong impact. I’m not injured, and I’d like to fight again soon. If possible, I’d love to be on the ONE: CENTURY card in Japan this October.”