Lightweight veterans Roger “El Matador” Huerta of the United States and Adrian “The Hunter” Pang of Brisbane, Australia, went toe-to-toe in an action-packed lightweight contest at ONE: DEFENDING HONOR, which took place Friday evening, 11 November, at the Singapore Indoor Stadium.

Both fighters turned in great performances, but it was Huerta who did just enough to notch the hard-fought victory via split decision.

It was a terrific showing from both fighters who came to fight as soon as the bell sounded. Neither Huerta nor Pang wanted any lulls in the action, blasting each other with strikes at the center of the ONE Championship cage. The first round saw Huerta own the edge in accuracy and speed, plastering Pang with pinpoint punch combinations while going to work on the Australian’s legs. Pang countered with his straight right hand, which landed with tremendous force.

While Huerta landed the cleaner blows, it was clear Pang owned the edge in power and sheer brute strength. Huerta’s game plan was to keep Pang at bay by striking from range and being constantly on the move, and it was working.

However, action picked up when Huerta began to tire towards the end of the bout and Pang continued to stalk forward, looking for a finish. Huerta used his experience to move brilliantly away from Pang’s power shots, slipping and sliding away from most of the Australian’s attacks.

The fight was a crowd-pleasing affair, as both fighters tried their best to finish the fight. In the end, it was as close on the cards as could be with one judge scoring in favor of Pang, while the other two felt Huerta earned the victory.

It was a great effort from Huerta who in his last bout was badly defeated by lightweight standout Ariel Sexton.

“It was a win that was much needed. it was a mental win. I’ve been doing this for quite some time,” said Huerta, relieved. “I was on the winning end a lot before, and obviously Asia has been interesting, just a lot of ups and downs with my career.

“But we were able to get the job done, not the way I kind of wanted. There were a lot of opportunities for finishes I could’ve capitalized on, but I didn’t really get there, so happy with that, but disappointed with my performance.”

Having been on a two-fight skid prior to the bout, Huerta’s back was against the wall after an illustrious career. However, he feels vindicated after the win, and his improved showing might signal a resurgence for the famed veteran. And as it turns out, he did it despite breaking his thumb during the fight. 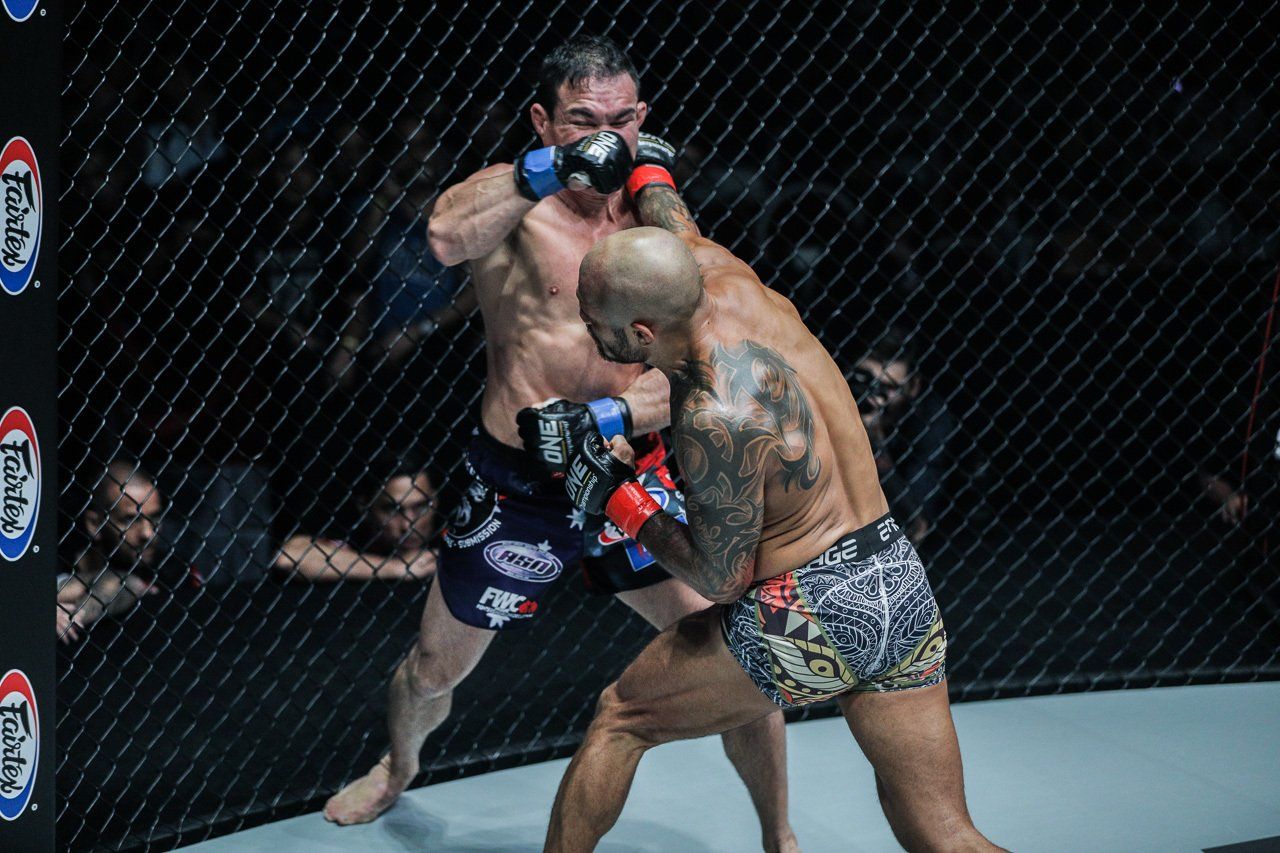 ”[The break] either happened late in the second round or the beginning of the third. I broke my thumb and I couldn’t really do much more, so I mean, I threw it out there, but it was just pain,” recalled Huerta.

“But as for the grappling aspect, when I went down for the takedown attempts, he was able to stuff them easier because I wasn’t able to get ahold of [my hands]. So I just kind of tried to pepper him here and there, but man, I felt like he was just made of bricks. he’s a brick wall.

“[A resurgence] is possible, yes. I definitely have to go back to the drawing board, fix the mistakes I made in this event, and just get back into training and getting healthy and get on to the next.”