Muay Thai superstar Rodtang “The Iron Man” Jitmuangnon went into the trenches with Fahdi “The Gladiator” Khaled as both men lived up to their monikers at ONE: HERO’S ASCENT.

The pair faced off in a ONE Super Series Muay Thai flyweight contest at the Mall Of Asia Arena in Manila, Philippines on Friday, 25 January as they looked to register a statement victory.

It was Rodtang who came through victorious after a three-round battle, which saw the Thai outmuscle the Tunisian contender to claim a unanimous decision.

The two-time Omnoi Stadium Muay Thai World Champion made the initial breakthrough when he connected with a big left hand that caught Khaled behind the ear midway through the opening round.

The strike dropped the Tunisian to the canvas for an official knockdown, and although the 23-year-old WMC Intercontinental Muay Thai Champion bounced back up, he did so on extremely wobbly legs. 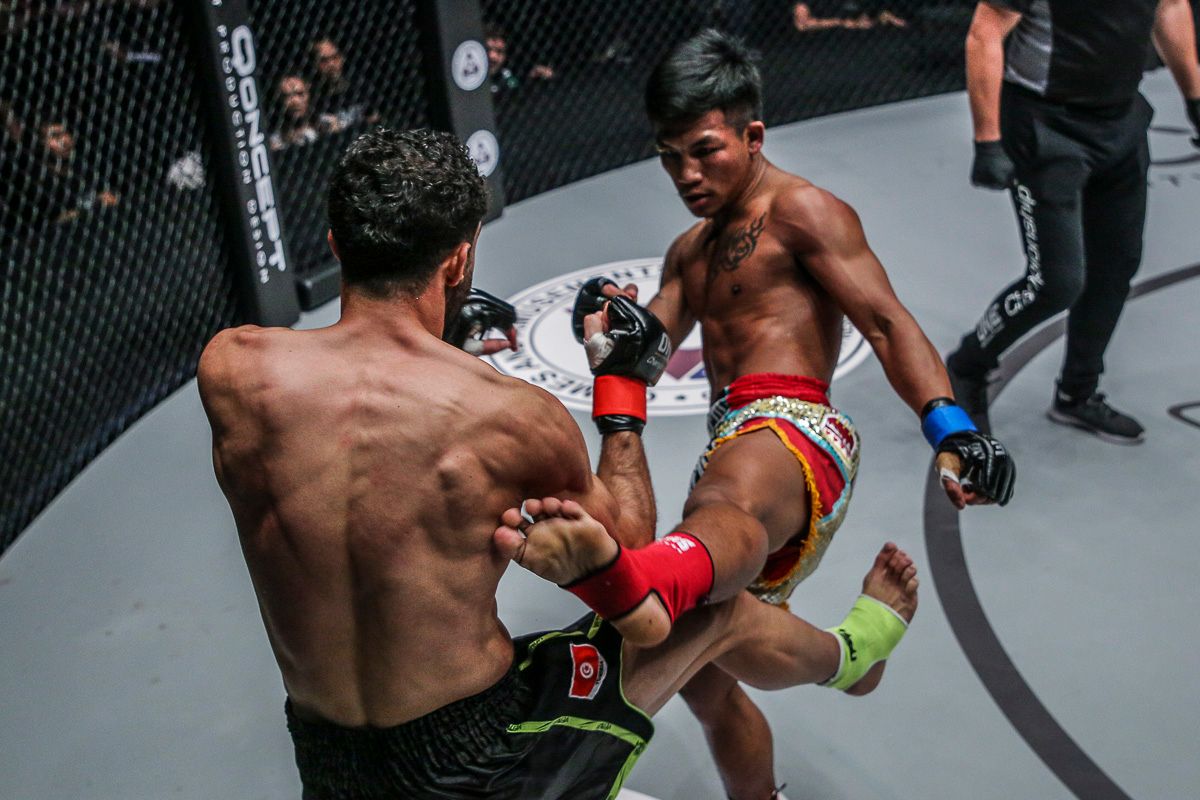 To his great credit, Khaled recovered well, but found himself back on the mat once again after Rodtang brushed off two trip attempts and swept “The Gladiator” to the floor.

It was a display of Muay Thai dominance that would continue throughout the contest, as Rodtang’s strength and technique advantage at close range proved too much for the Tunisian striker to handle.

Khaled attempted to stamp his authority on the match in the second round with a sweep that turned into an illegal mixed martial arts-style takedown. 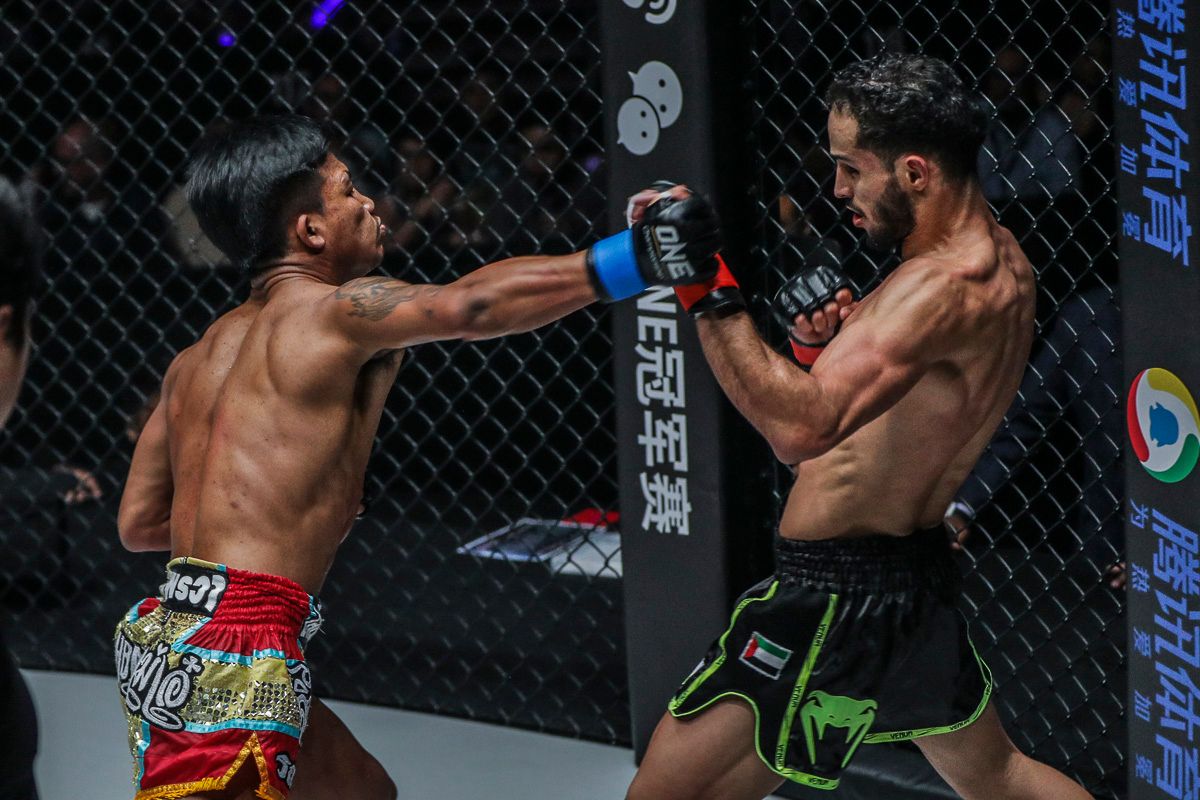 Rodtang was unfazed, however, and connected with a spinning back elbow before he threw the Tunisian to the floor once again.

After a more evenly-contested second round that saw both men have success with their strikes, the Thai star roared his appreciation to the crowd before returning to his corner for the third and final period.

The contest restarted with a respectful touch of gloves, but pleasantries were put to one side when Rodtang went to work at the start of the stanza. He focused his kicking attack on the legs of Khaled before the Tunisian earned a yellow card from referee Atsushi Onari for indiscretions within the clinch. 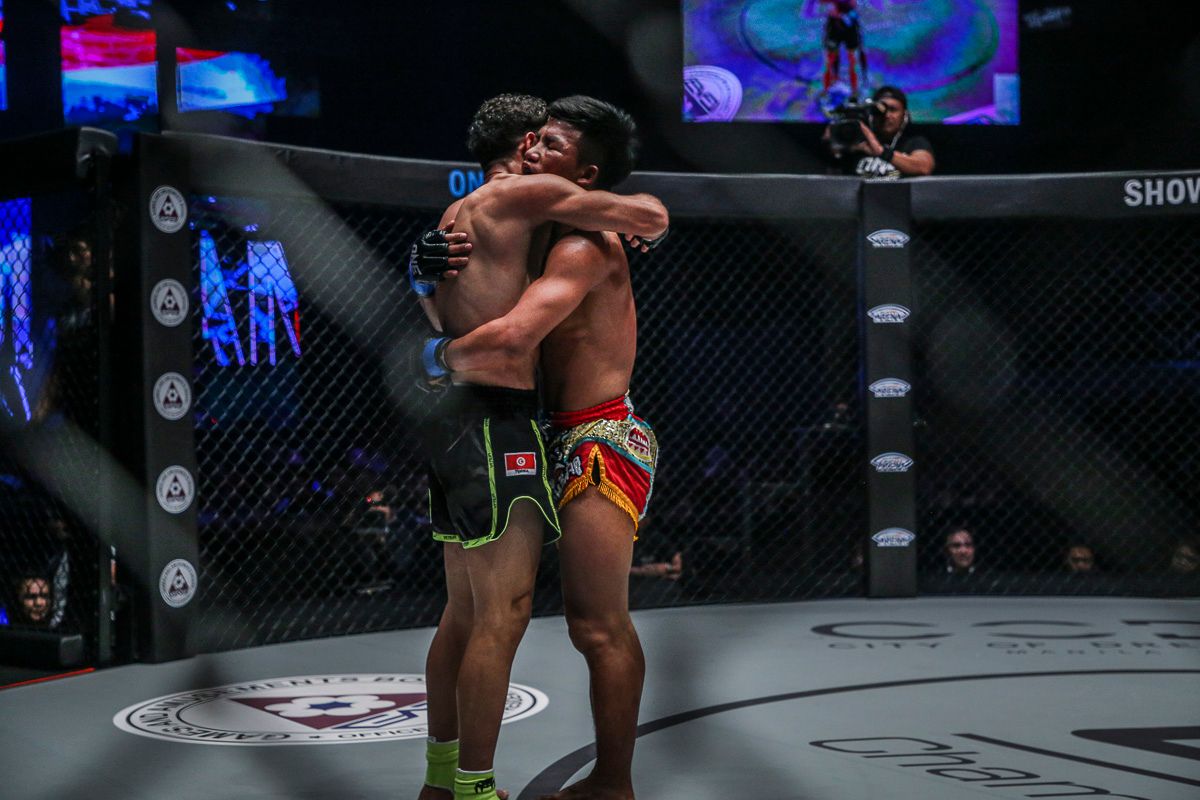 When the action restarted, both men ended the contest strongly before showing their mutual respect once again in the middle of the cage.

Khaled’s performance was a gutsy one, but ultimately it was Rodtang’s superior striking and aggression that swayed the judges, who gave the Thai superstar the 255th win of his career.

The 21-year-old’s global reputation continues to grow in ONE Super Series, and he can expect to be matched with another marquee name the next time he competes.