A lot of hype surrounded Filipino bantamweight Burn “Hitman” Soriano before he stepped into the ONE Championship cage against China’s “Rock Man” Chen Lei. Soriano, who recently upgraded his training camp by enlisting the aid of Alliance MMA Philippines coach George Castro, looked to showcase his improvement in both skill and conditioning.

Taking on a the undefeated Chen however, a Shanghai Open BJJ Champion, Soriano would be tested in the grappling department.

The two martial artists did battle in a scheduled three-round bantamweight contest at ONE: HERO’S DREAM on Friday, 3 November, at the Thuwunna Indoor Stadium in Yangon, Myanmar. Because both Soriano and Chen are known for their highly-aggressive styles, no one expected this to see the final bell. 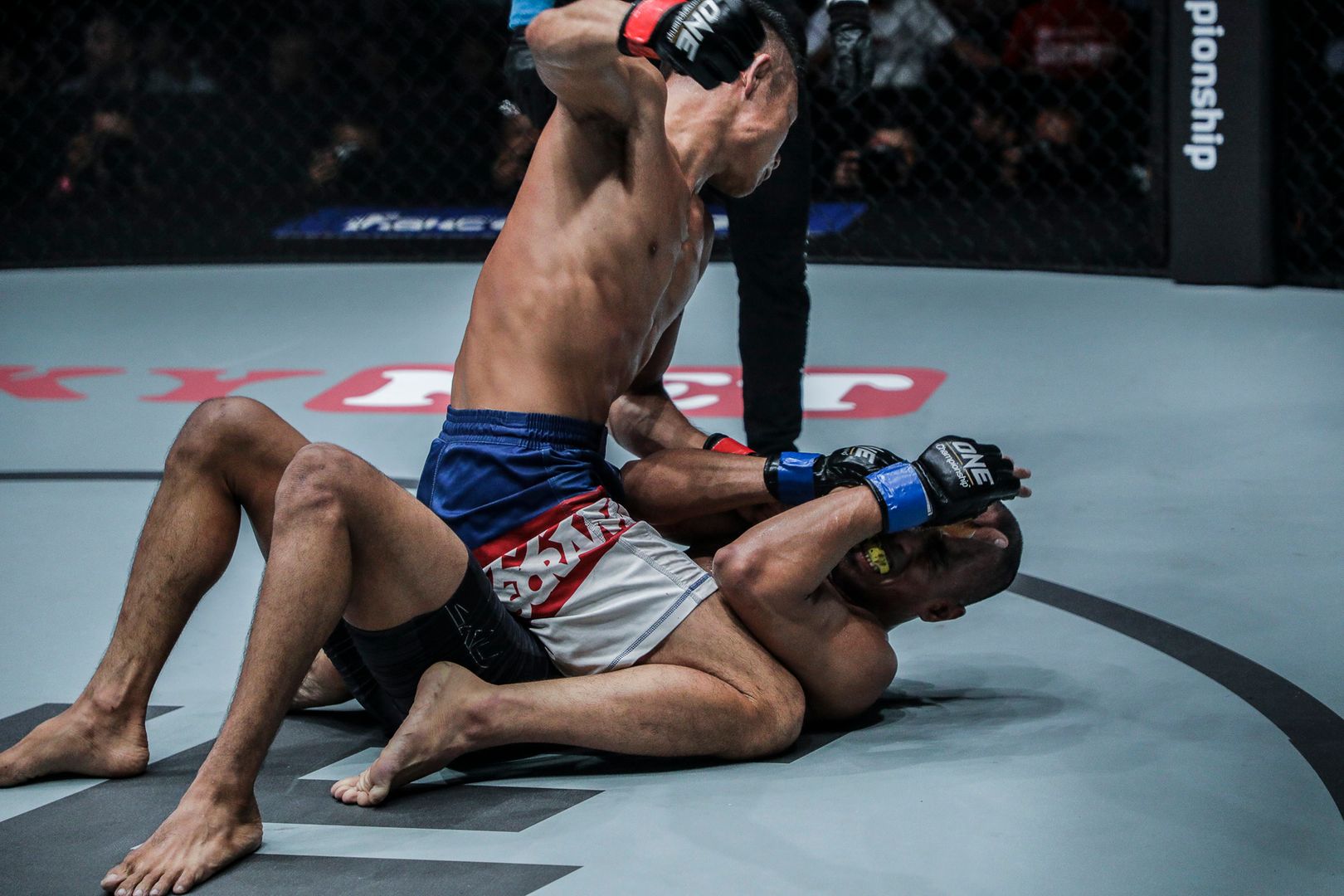 In the end, it was Chen who scored a technical knockout, sending “Hitman” crashing back to the drawing board. The official finish came at 1:06 of round two, after “Rock Man” blasted Soriano with ground-and-pound from full mount.

As the first round began, Chen’s familiar relentless style took precedence, as he stormed out of the gates looking to brawl with his Filipino rival. An outside leg trip successfully brought the action to the mat, as Chen rained down punishment. Trapping Soriano’s arms with solid wrist control, the Chinese grappler pounded away with a stream of unanswered lefts.

Soriano would eventually power through his predicament, and somehow make his way back up to the feet. Visibly drained by the furious start, both warriors then traded their best strikes against the fence. Soriano surprisingly went for the takedown himself, and towards the end of the round, would catch Chen in an armbar that nearly earned him a submission finish.

Stepping into unfamiliar territory, Soriano entered the second round for the first time in his career. It turned out to be short-lived, however, as Chen immediately took the Filipino back down to the ground. 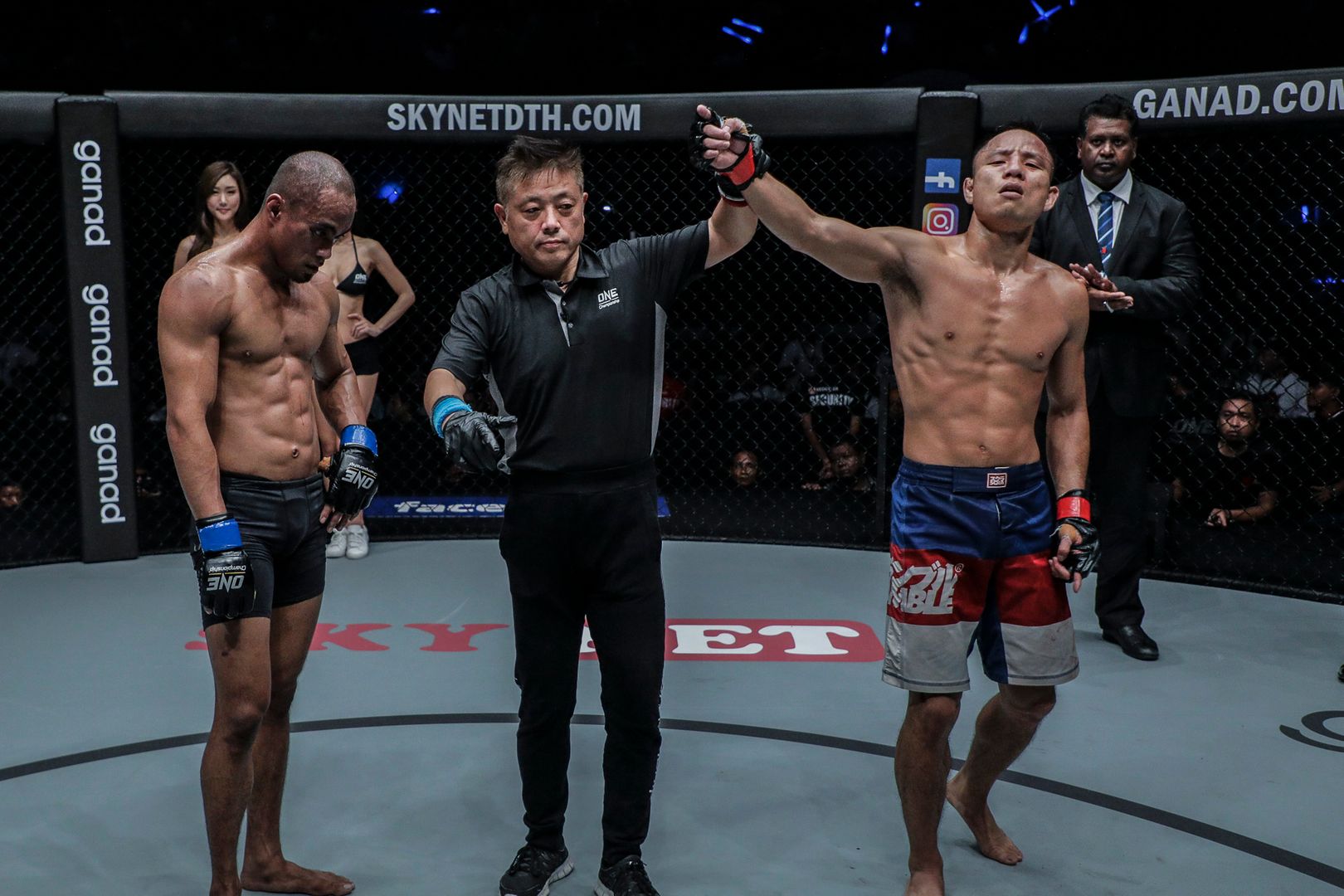 After securing full mount, it was the beginning of the end,as the Chinese stalwart unloaded a series of elbows on Soriano, who covered up as referee Yuji Shimada was compelled to intervene.

It was another heartbreaking setback for Soriano, who now has to reevaluate where he plans to take his career. With the victory, Chen retains his perfect record and improves to 7-0. After another impressive showing, it appears Chen is ready for a sharp step up in competition.