The 24-year-old Malaysian sensation has spent the past eight months refocusing his mind and building up his mixed martial arts skills in Bali. But now, he is ready to make his return to ONE Championship and he plans to make a definitive statement.

On Friday, 2 August, he is scheduled to face Indonesian combat sports veteran “The Terminator” Sunoto at ONE: DAWN OF HEROES.

This bantamweight tilt serves as the opening contest inside the Mall Of Asia Arena, and “Jungle Cat” intends to set the pace for what will be the biggest night in Philippine martial arts history.

Now, nearly a week away from a historic night in Manila, Aiman talks about what he has learned in the past several months, breaks down his opponent, and explains why he is confident of getting another knockout.

Muhammad "Jungle Cat" Aiman is BACK on the hunt on 2 August against "The Terminator" Sunoto!

Muhammad Aiman: I’m very grateful to be competing in ONE Championship again, and as always, I’m very thankful to be part of a very big card. My last match in Singapore last year was on a pretty big card too, and I’m glad [the matchmakers] are putting me on these big cards.

I was disappointed a bit that I didn’t get to compete at ONE: MASTERS OF DESTINY, but really, it’s no big deal. I knew if I didn’t get on the Malaysian card, I was probably going to get a match on another one of the following cards.

ONE: How important was this break for you, and what did you focus on during your time away from action?

MA: This break was really good. It allowed me to focus mentally and physically —  and it especially helped me to improve my ground game and wrestling. It’s been great. I really needed this break to improve.

Hopefully, my fans, especially the ones in Malaysia, can see my improvement in this [upcoming] bout. It’s more like being patient. I feel like I’m getting good at that, and waiting for the finish to come. My corner always tells me to win every second of the fight, and I always have that advice in my head.

Muhammad Aiman made a HUGE statement with this win ⤵️

Aiman Muhammad made a HUGE statement with this win ⤵️Singapore | 9 November | 6:00PM | LIVE and FREE on the ONE Super App: http://bit.ly/ONESuperApp | TV: Check local listings for global broadcast | Tickets: http://bit.ly/onelion18

ONE: In anticipation of your match with “The Terminator” Sunoto at ONE: DAWN OF HEROES, did you make any drastic changes to your ongoing program at Bali MMA?

MA: I didn’t make any drastic changes to my camp. It’s all about not getting hurt, but at this phase of my career, it’s easy to get hurt. I’m not 19 or 21 anymore. I have to start taking care of myself even more now, and that’s all I’m really looking forward to – not getting hurt.

ONE: Several athletes from your gym compete in ONE, and some talented up-and-coming prospects compete in ONE Warrior Series. How does it feel to be surrounded by top-level teammates?

MA: It’s good to be surrounded by top-level teammates at Bali MMA. It’s a great home for any athlete, and everyone in the camp is very welcoming. Of course, credit goes to the coaches who put us through all the hard work. They’re the real reason behind some of our greatest success. 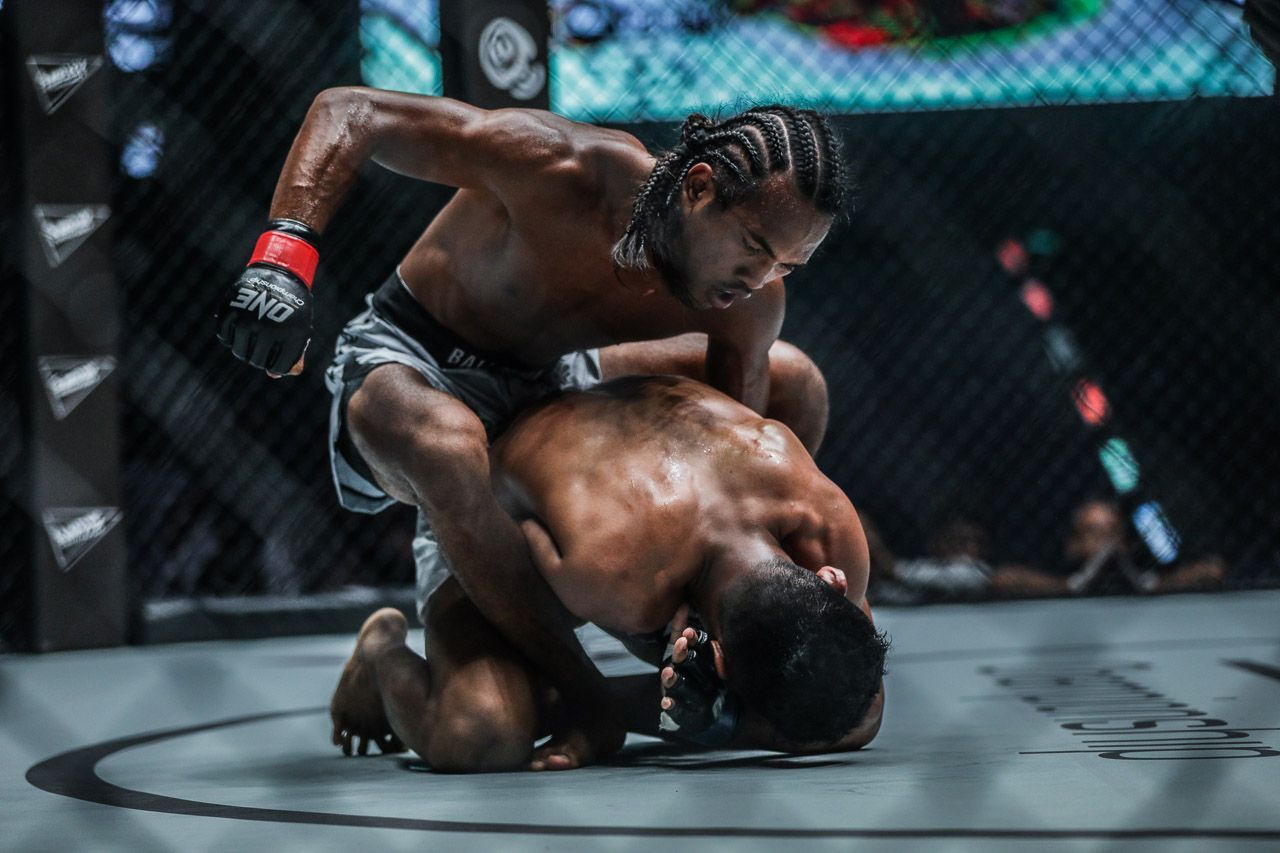 ONE: Talk a little bit about Sunoto. How do your skill sets compare to one another?

MA: Sunoto has nothing that can surprise me and nothing that can take me out. I’m better on the ground, striking, wrestling, and grappling, and I’m not worried at all. I just want to go out there and perform. That’s what I always want to do — just perform at my best.

ONE: Both of you come from different striking backgrounds, but why do you believe your stand-up game is superior?

MA: My striking is on a different level, as I come from a boxing background. I believe in my hands, but at the same time, I believe in my knees, elbows, and kicks. I’m going to use everything in this match.

I feel like it’s more important to have striking versatility. It makes me very unpredictable for my opponent. Also, having more weapons will give the crowd a better show. Switching between my footwork will be very important too. 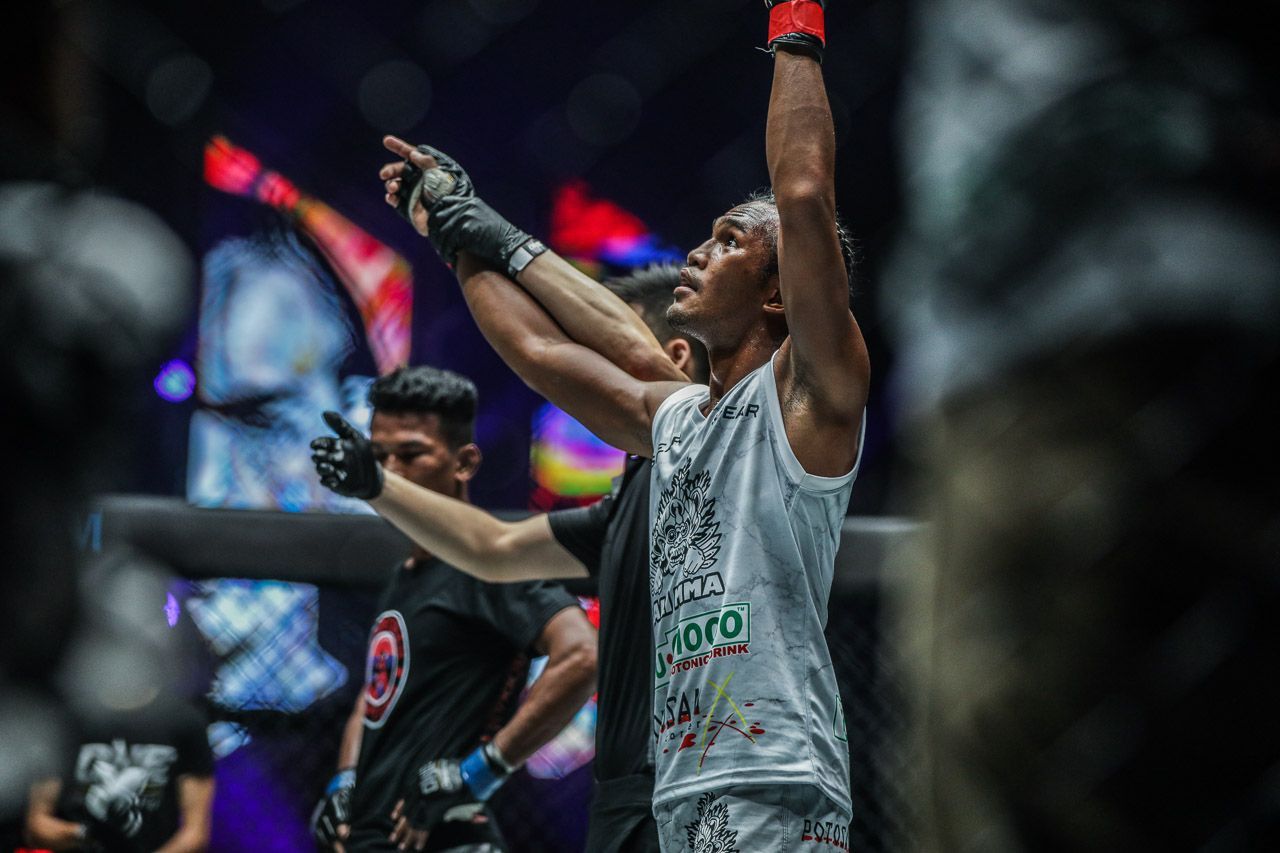 ONE: What do you think is his biggest strength?

MA: His biggest strength is his experience. He has been in mixed martial arts for a long time, I guess, but I think he doesn’t have anything else over me. His ground game, striking, and wrestling is not on my level.

Whenever I get taken down, I’m better at fighting. Sunoto is about the same size as me, and he won’t cause much trouble despite him having four submission wins. He’s not short, [but I am taller], so that’s my advantage too.

ONE: Finally, how do you believe this bout will end?

MA: I feel like I’m going to put his lights out in the first or second round. I’m very confident, and that’s what I want to do. I feel like I have the ability to do that, and my confidence in my ability is very high.