In February 2016, Rebecca “The Professor” Heintzman-Rozewski made her promotional debut in ONE Championship and stood across the cage from “Unstoppable” Angela Lee.

The American was looking to put a dent in the Singaporean’s meteoric rise up the ONE Championship ranks, but 1:18 into the second round, she was forced to tap out to a neck crank.

“The Professor” did not necessarily lose, having learned much from the loss.

“I went in underprepared and did not fight smart,” Heintzman-Rozewski says in reflection. “Lee is a great opponent and a very talented fighter. It made me realize that if I want to fight at a higher level, I have to be really disciplined about my training. It can be easy to get complacent.” 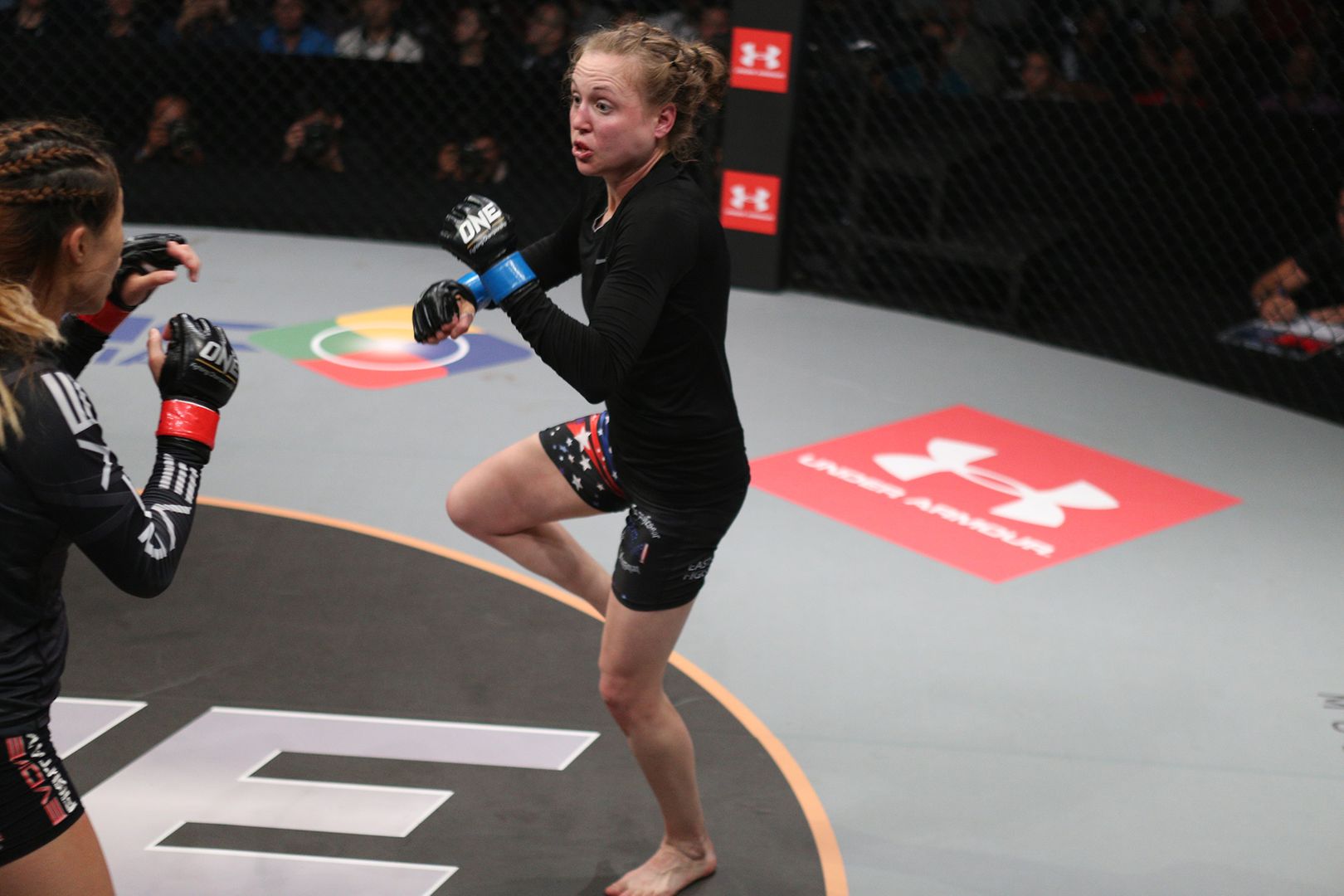 Now, the 30-year-old is scheduled to make her long-awaited return to the cage, but this time, she plans to live up to her nickname and implement a smarter game plan in her upcoming strawweight encounter.

The American will meet undefeated prospect Tiffany “The Soul Crusher” Teo at ONE: DYNASTY OF HEROES, which takes place on her opponent’s home turf at the Singapore Indoor Stadium on 26 May.

Ever since Teo made her professional debut in February 2016, she has been on an absolute tear. The 27-year-old ex-choir girl, who is a Singaporean boxing champion armed with an extensive Muay Thai background, holds a perfect 5-0 record. Of those wins, only one has gone the distance.

Heintzman-Rozewski has studied her opponent, like a good professor, but believes she needs to make a more definitive statement this time around.

“She looks pretty well-rounded. She can strike and has good hips on the ground. She also has good awareness in terms of maintaining control of her opponent,” Heintzman-Rozewski analyzes. “But that is okay, because I am pretty similarly well-rounded. With all those things considered, I think it is going to be a pretty good scrap.” 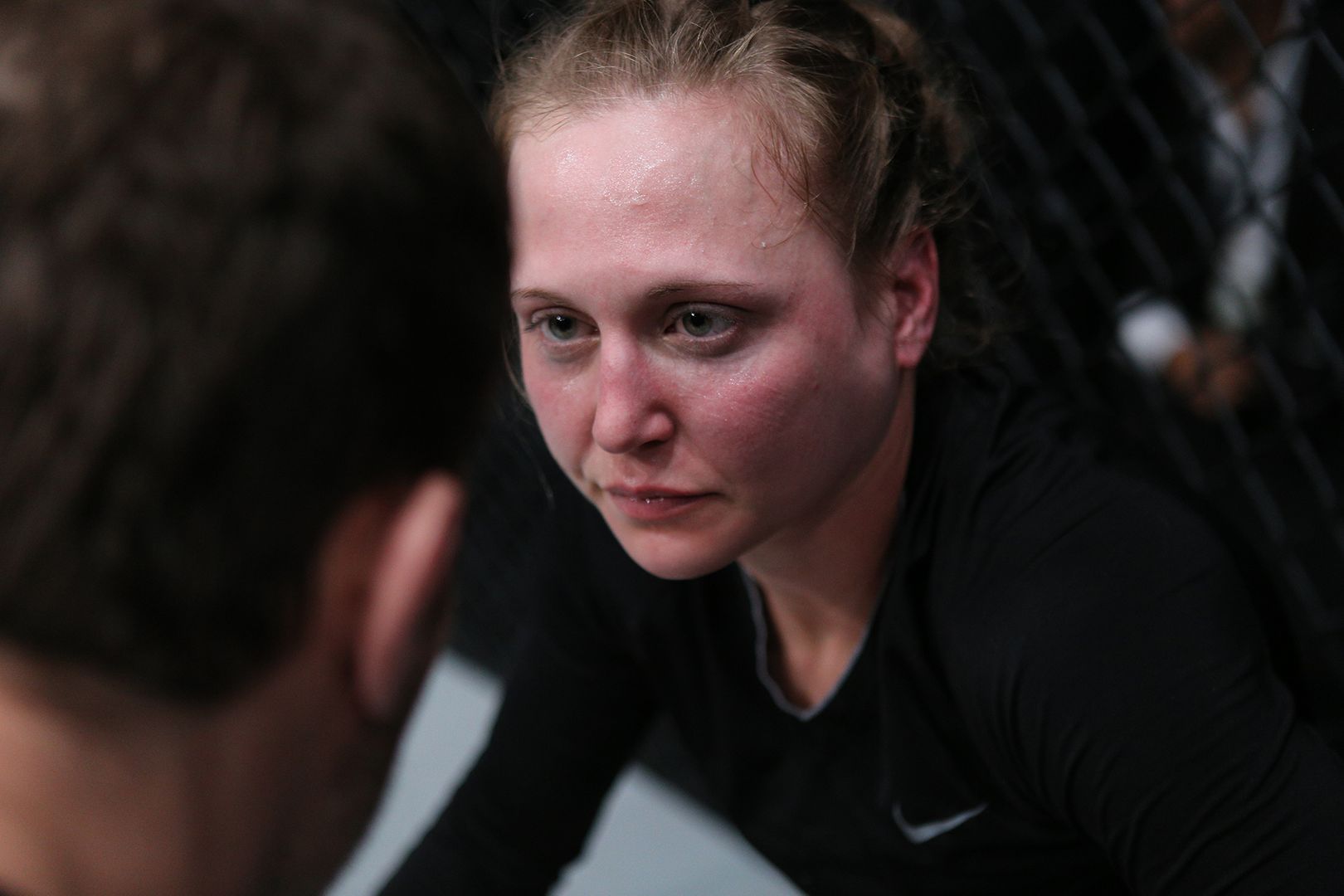 The American may have one of the more unusual pathways to mixed martial arts glory. She did not grow up being bullied or have a family member introduce her to martial arts at an early age. Her introduction came by way of soccer.

A lifelong competitor in one of the world’s most popular team sports, the Oregon-bred soccer player participated in the sport until graduating from Mercyhurst College with her Bachelor’s degree. It was on the field that she developed the aggressive streak she was able to transfer to the cage.

“I never had physical altercations other than with my brothers. Pretty standard childhood in terms of that,” Heintzman-Rozewkski says. “I played goalkeeper, so I have always had an aggressive personality. If the ball was anywhere in my area, I would bulldoze you to get it. People thought I was crazy, but if you were in my way, you were going down.”

Graduate studies at Binghamton University did not leave much time for athletics, so “The Professor” was confined to the books and away from the field. Her days in the library, however, were not enough to keep her from daydreaming about competition.

“I missed sports. That is why I got into mixed martial arts,” she explains. “I liked team sports, but because of school I could not commit to a team sport. I wanted to do things that I could excel at as an individual that still had a team atmosphere.” 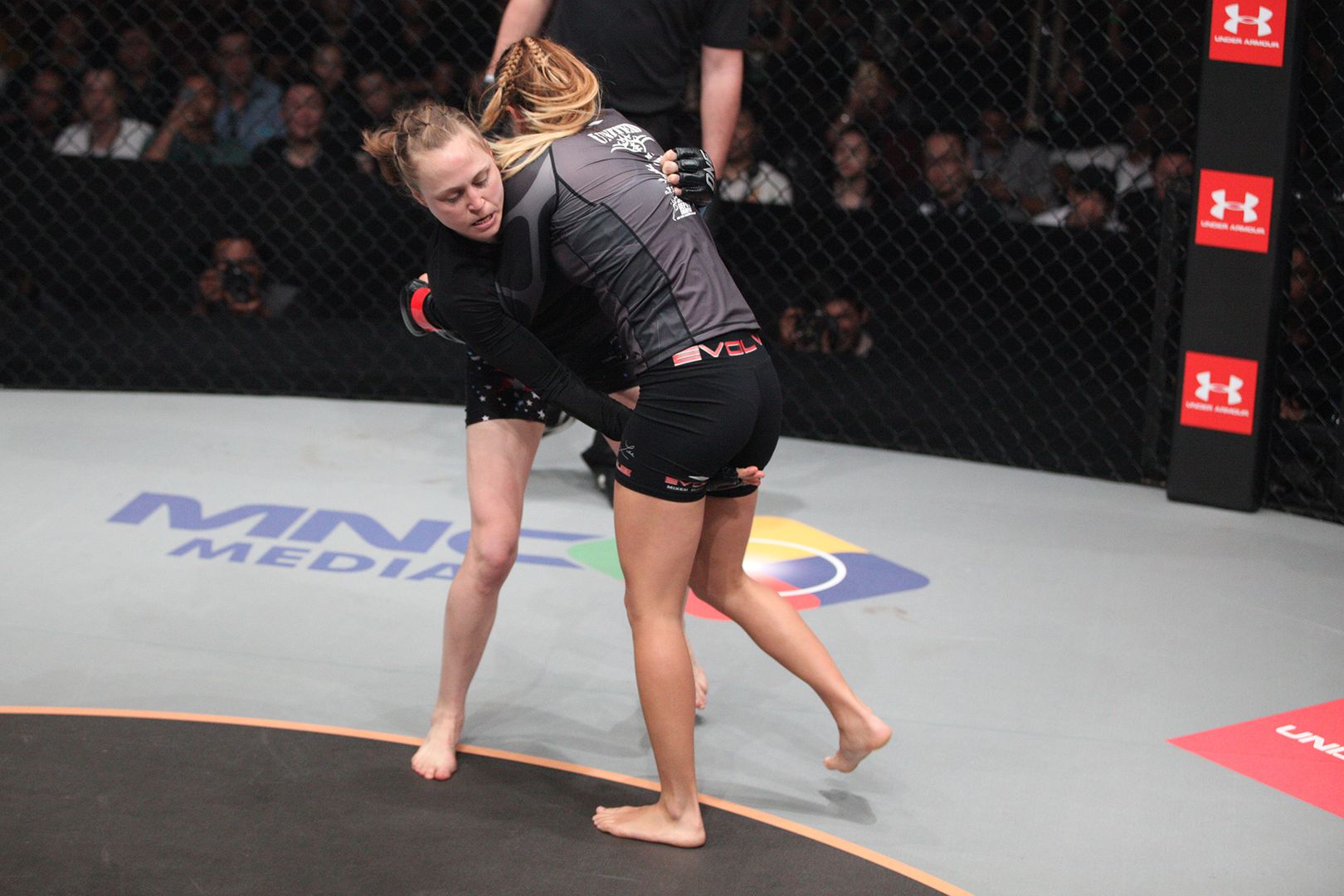 So began her life as a martial artist. After finding success in amateur grappling, followed by a year-long domination on the amateur circuit, the Animals MMA product made her professional mixed martial arts debut on America’s regional scene in October 2013.

Heintzman-Rozewkski won her first match, and followed that up with another victory four months later. She dropped a decision in June 2014, and soon thereafter relocated to Shanghai, China, with her husband and fellow martial artist, Kyle Rozewski.

Now settled in Asia, the transplant expects to carve out a niche in ONE’s burgeoning strawweight division, and that begins with defeating the unblemished Teo at ONE: DYNASTY OF HEROES. This time, “The Professor” has learned from her previous mistakes, and is ready for her latest test.

“I am going to be more prepared for this match than the last one fans saw me in, that is for sure,” she says. “I am hungry, and I am coming to win.”