After three and a half years away from the ONE cage, Rafael “Indio” Nunes made a thunderous return to the global stage.

The Brazilian featherweight entered the Mall Of Asia Arena in Manila, Philippines, on Friday, 26 January, and silenced the crowd by submitting hometown hero Eric “The Natural” Kelly with a D’arce choke in the second round.

Rafael Nunes pulls off an incredible performance, submitting “The Natural” in the 2nd! What a comeback!

Rafael Nunes pulls off an incredible performance, submitting “The Natural” in the 2nd! What a comeback!TV: Check local listings for global broadcast | PPV: Official Livestream at oneppv.com

From the opening bell, the height and reach advantage of Nunes was apparent. Still, Kelly was not easily bullied or intimidated on his own turf. He stood toe-to-toe in the center of the cage with his foe, looking for opportunities to exchange as the Brazilian stepped in-and-out of his range.

Soon, the action picked up, as “Indio” smashed Kelly with a right hook, but the Filipino retaliated with a jab-cross combination.

The Filipino tuned Nunes up with a leg kick and a scintillating combo, forcing him to shoot for a takedown with around a minute remaining in the stanza.“Indio” was overly aggressive in his armbar attempt and ended up missing his chance, which left Kelly on top landing strikes until the bell rang to end the round. 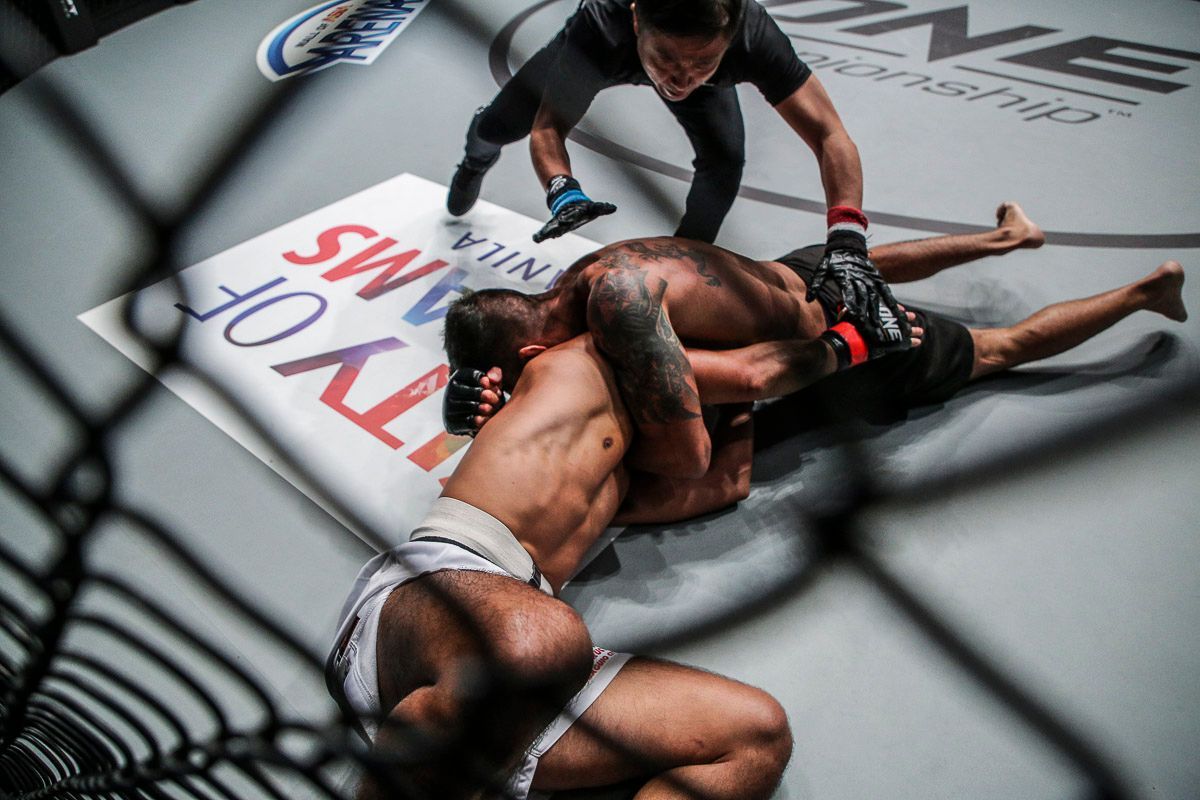 Kelly’s confidence in surviving the armbar ultimately turned out to be his undoing. Nunes caught a misplaced Kelly kick and swept his opponent to the mat just 31 ticks into the second frame. For the next minute, it was all “Indio,” as he transitioned into more favorable positions. He quickly passed to side control, and then expertly applied a D’arce choke when Kelly tried to scramble and get to his feet.

That proved to be the difference maker, as “The Natural” was forced to tap at the 1:31 mark of round number two.

For Nunes, the performance was everything he could have hoped for, and more. He immediately establishes himself as a contender in the featherweight division, and will now try to win a few more bouts and enter the world title picture.