Indonesian sensation Priscilla Hertati Lumban Gaol has never said no to a challenge and she will not start now.

The Siam Training Camp representative has her eyes on the World Championship gold in the women’s atomweight division, and she is willing to take on any contender to prove she deserves her shot at the top.

“I have never called out anyone because I have never rejected any assignment given to me by ONE,” says “Thathie.”

“My coach and manager tell me to be ready for anyone, whether she is the champion or not. No matter what, training needs to continue. Just because I am on a winning streak, it doesn’t mean I can neglect my main duty [to train].”

A quick look at Lumban Gaol’s résumé is evidence of her fearlessness when it comes to taking on top opposition in the Circle.

The Jakarta resident has been one of the most active competitors on the global stage since she made her debut back in February 2017, and has taken on top-ranked athletes such as Tiffany Teo and Gina Iniong.

In her last nine contests, she has an exemplary 7-2 record, and she has pushed herself toward the upper echelons of the atomweight division.

The chance to extend her current two-match win streak and stay on track is Lumban Gaol’s main priority. While she was hesitant to name anyone specifically, a previously-touted contest against a Thai veteran would still pique her interest. 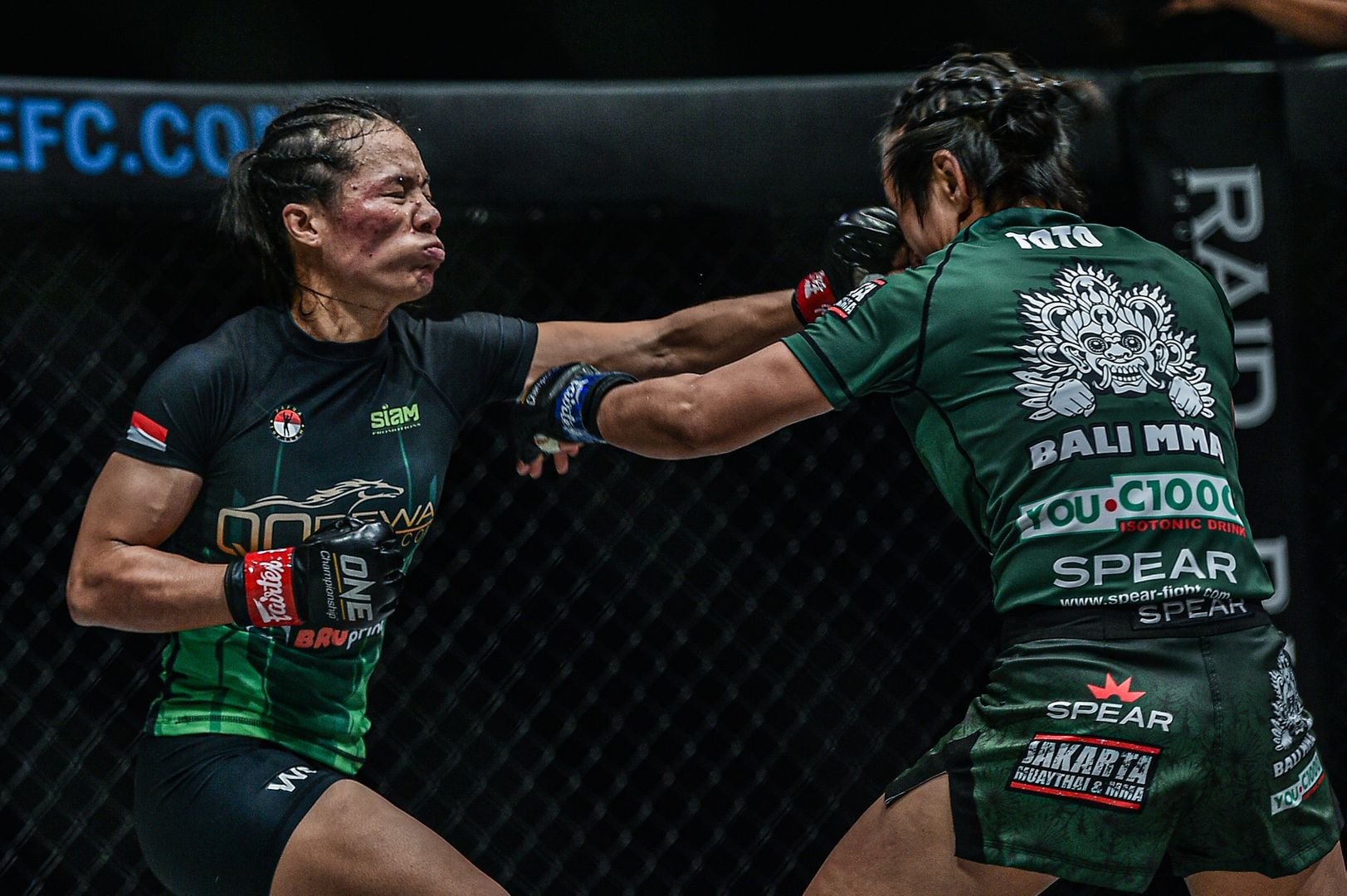 “When I was injured, ONE offered me a fight with Rika Ishige. I didn’t have any issue with that match, so if I had to choose, I would go with her,” she says.

“Her BJJ is good and she is skilled in ground fighting, but I have never set a [game plan] before a match.

“For example, when my opponent is very skilled in ground fighting, it doesn’t mean I have to go toe-to-toe in that department. It all depends on the strategy from my coach. I’ll be who I am because the situation can change during a fight. We never know.”

Whether it is Thailand’s “Tiny Doll” or any other atomweight contender, Lumban Gaol will answer the call to face any opponent that will help her to continue her ascent, so that she can bring pride to her homeland. 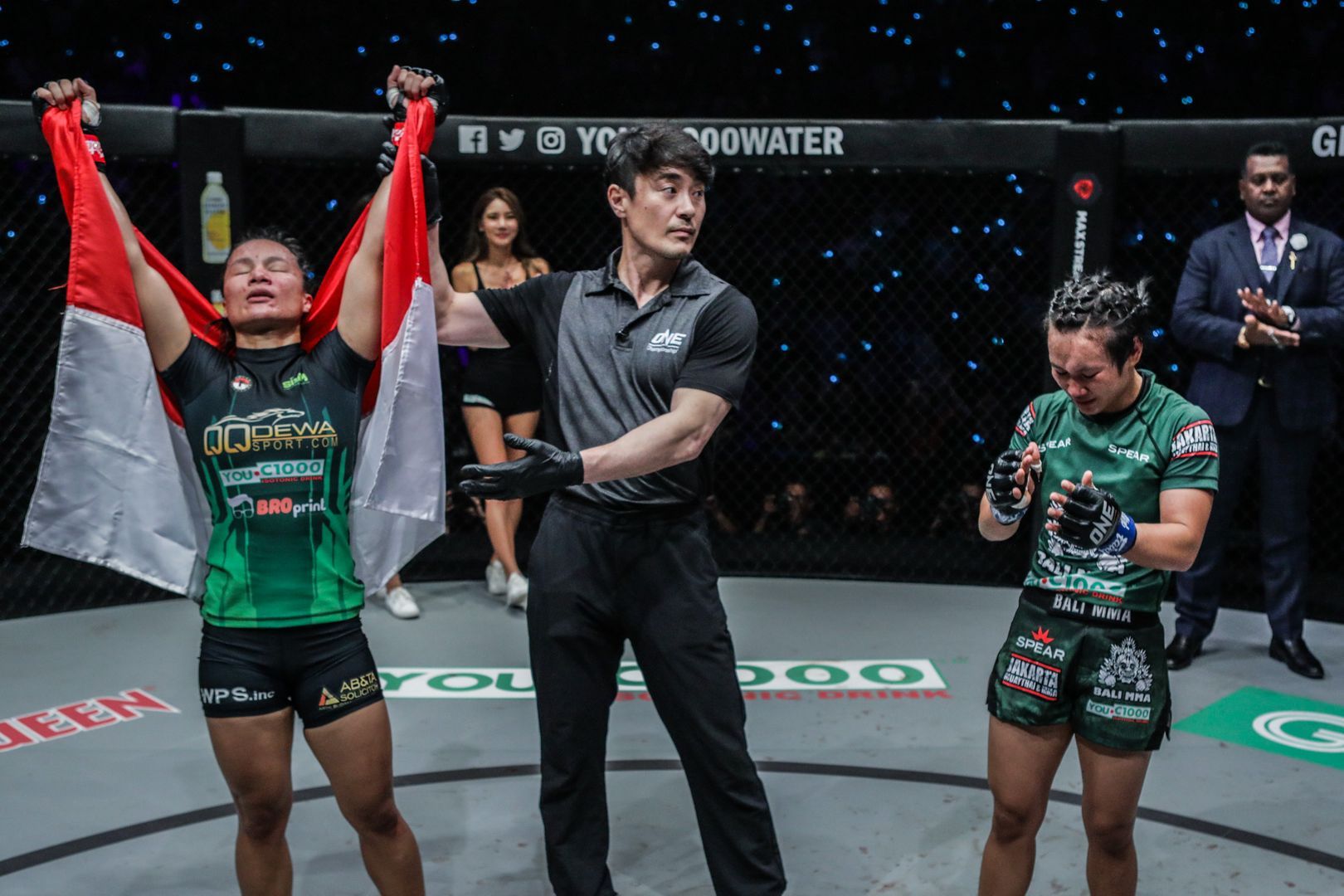 The reigning atomweight queen, “Unstoppable” Angela Lee, and her sought-after silverware are the biggest motivation for “Thathie” to continue pushing herself in the gym.

Progress is the name of the game, and the Indonesian is focused on making sure she is always improving so she can make the most of the opportunity if she does earn a shot at the ONE Women’s Atomweight World Championship.

“If I need to face someone stronger, if I train hard, God willing I can secure the win. That’s what my coach always tells me. So basically, what matters the most is to keep preparing,” she says.

“I have a wish that one of our Indonesian athletes will be able to win a World Title. If I can earn that opportunity [against Angela Lee], I would be extremely proud. Not just for me, but for the whole of Indonesia.”