The Pakistani star produced an unforgettable lightweight debut at ONE: UNBREAKABLE III, which aired from the Singapore Indoor Stadium on Friday, 5 February.

Mujtaba stood toe-to-toe with Rahul “The Kerala Krusher” Raju in the latest chapter of the India-Pakistan sporting rivalry, and he shocked the global fan base by knocking out the Indian sensation in the fight’s opening minute. After beginning his ONE Championship career in the featherweight division, Mujtaba moved up to his more natural weight class for this iconic clash – and the added strength paid dividends.

Once the opening bell rang, the two warriors touched gloves, and “Wolverine” started inching forward in the orthodox stance. The Pakistani quickly found his range as he whipped a low kick at his opponent’s lead leg.

Mujtaba then re-centered himself and darted forward with a jab, but “The Kerala Krusher” backed away from the incoming punch.

The Singapore-based Indian wasn’t on the back foot for long, though. Raju looked to threaten with his own stand-up arsenal and slowly bounced forward in the hope of finding his distance, but “Wolverine” disrupted that rhythm by landing another leg kick. 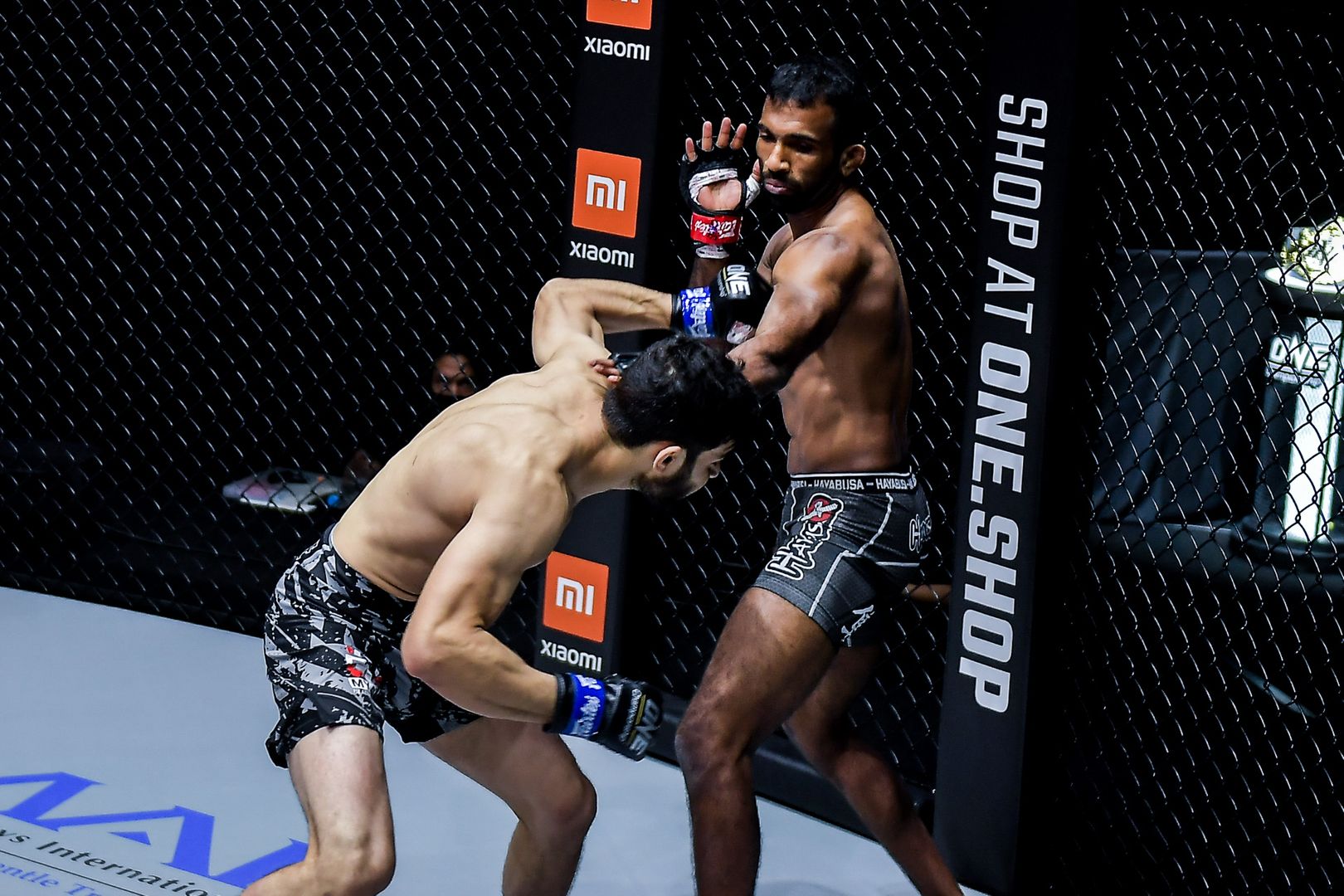 Although Raju ate the kick, his focus was not disturbed. He came forward with a pawing jab and then a wild overhand right, but the Pakistani athlete wisely blocked it and circled away.

The two men cautiously looked to set up their next attacks and they met in the middle, where they simultaneously cracked each other with strongside roundhouse kicks to the legs. Mujtaba tried to sneak in a left hook to the head following their dual shin-on-shin meeting, but the Indian cleverly backed away from that danger.

“Wolverine” tried to keep the pressure on Raju as he barreled ahead with a three-piece boxing combination, but those strikes failed to find their marks. Mujtaba then walked to the center of the Circle to reset himself, which prompted “The Kerala Krusher” to bounce forward and meet him.

The Indian lunged forward with an uppercut to the body, but “Wolverine” jumped back to avoid the powerful shot.

Refusing to slow his rate of acceleration, Raju followed the Pakistani, leaned forward, and launched a wild overhand right while his head was still popped up in the air.

Mujtaba, however, beat him to the punch – literally.

“Wolverine” stepped in, lowered his own head, and landed a picture-perfect overhand right to the chin that seemingly turned off Raju’s lights while he was still on the feet. As the Indian star fell backward, Mujtaba connected with a short right that put the exclamation point on the knockout victory. 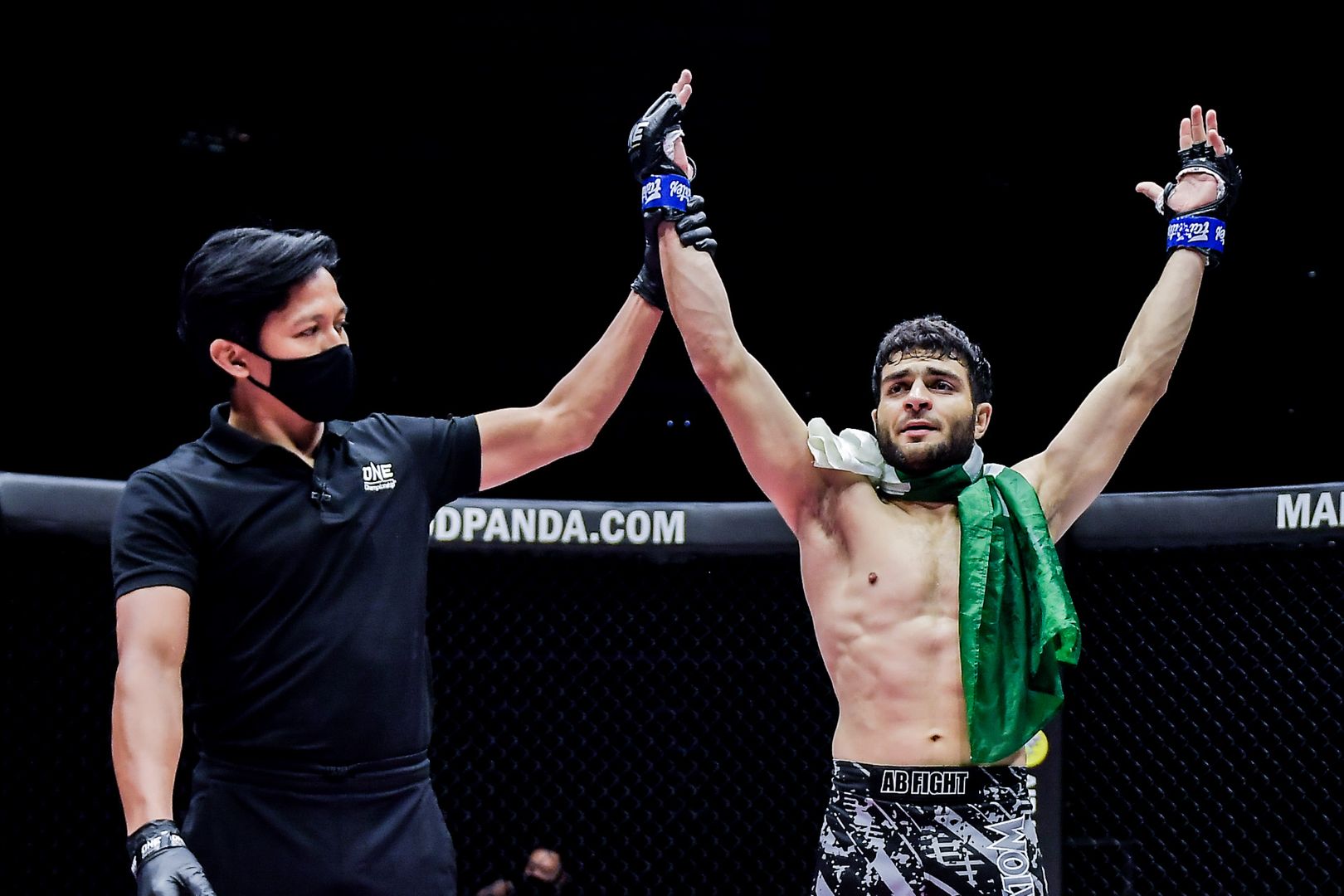 The referee officially stopped the contest after 56 seconds of the first round, giving Mujtaba his third win on the global stage and elevating his overall record to 10-2.

With the victory, “Wolverine” also earned a slice of redemption for his home nation.

The last time two athletes from Pakistan and India fought in the world’s largest martial arts organization, Raju earned the win by submitting Furqan “The Lion” Cheema in November 2019. But on Friday, Mujtaba evened that score.