Promotional newcomer Purev “The People’s Kid” Otgonjargal is known for his submission prowess, but he displayed the devastating power in his hands during the final installment of the BATTLEGROUND event series.

On Friday, 27 August, the debuting Mongolian knocked out British rising star Ben Royle in just 49 seconds to kick off ONE: BATTLEGROUND III at the Singapore Indoor Stadium.

In the process, Otgonjargal earned the fifth-fastest knockout in the history of ONE Championship’s bantamweight mixed martial arts division. 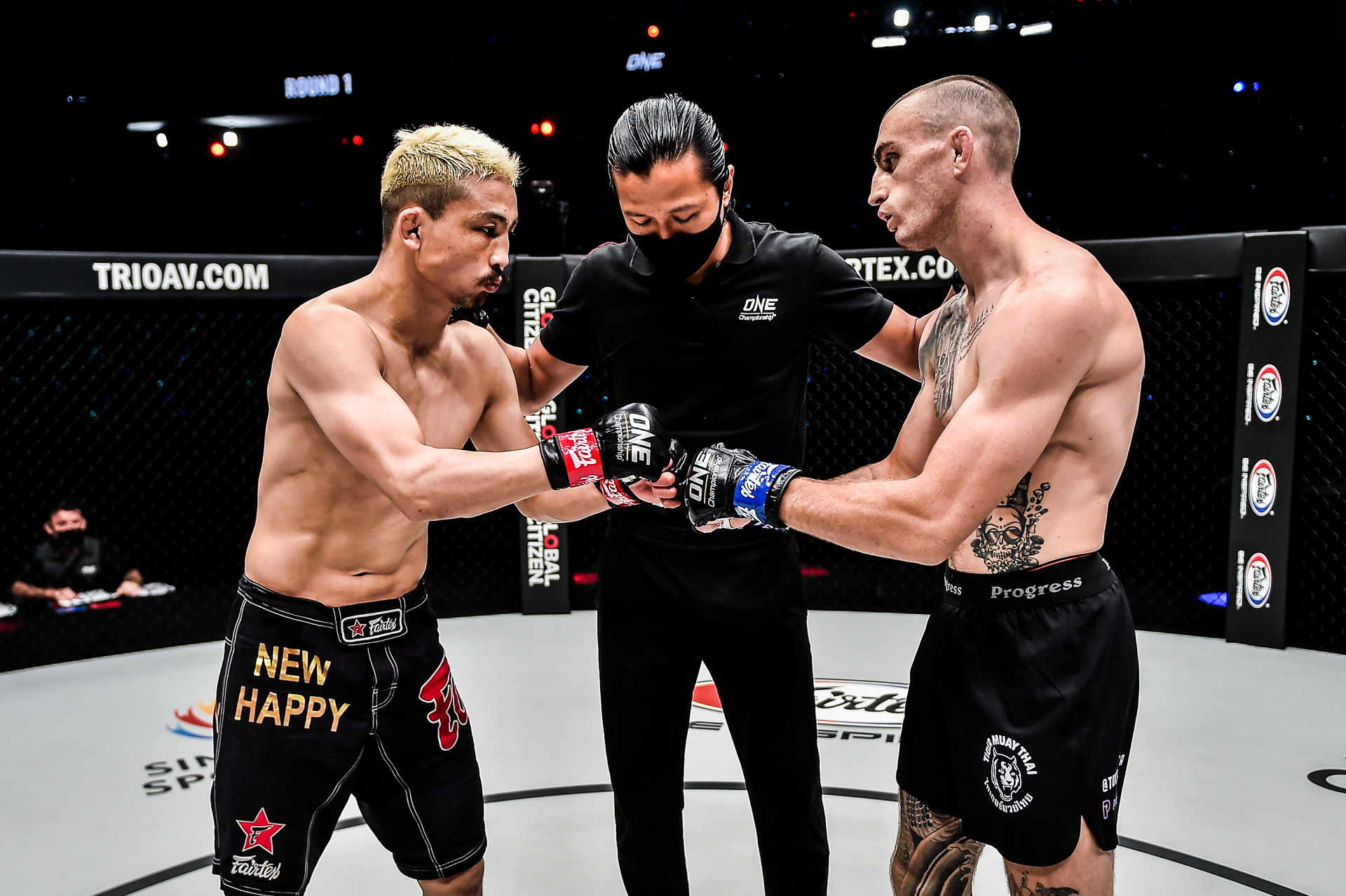 Though Otgonjargal had earned all seven of his previous career victories via submission and surrendered a 10-centimeter height advantage in this matchup, he seemed content to keep the action on the feet.

Following a brief touch of the gloves, each man pumped out their respective jabs to gauge the distance.

Ultimately, the Mongolian struck first. He circled around Royle with his threatening left hand, whipped a low kick at the English southpaw’s lead leg, and quickly backed away from any potential danger.

The Brit tried to retaliate seconds later when he darted forward with a jab-cross, but Otgonjargal evaded the incoming shots and continued to circle away. 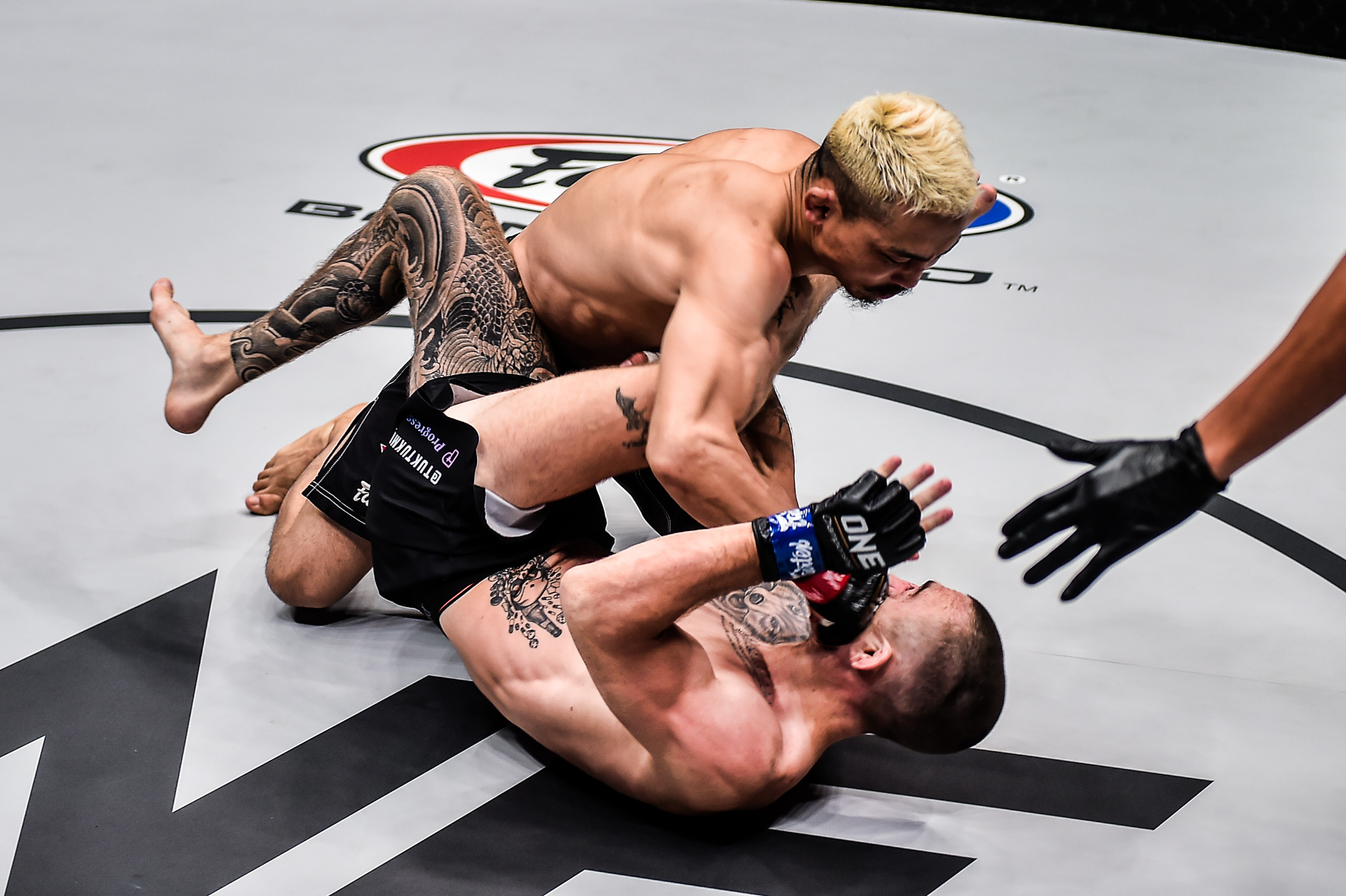 Royle then came forward with a front kick, but again, the Mongolian dodged the strike. And once the lanky Brit reset himself, he lunged forward with a left cross, which caused his rival to step back.

Otgonjargal remained calm, never once forcing an attack. He continued to patiently measure the distance with his jab and even landed an inside leg kick.

The Englishman’s impatience, however, led him to make some costly mistakes.

As Royle moved forward with his lead arm down, Otgonjargal connected with a left hook and stepped away from his rival’s looping overhand left. 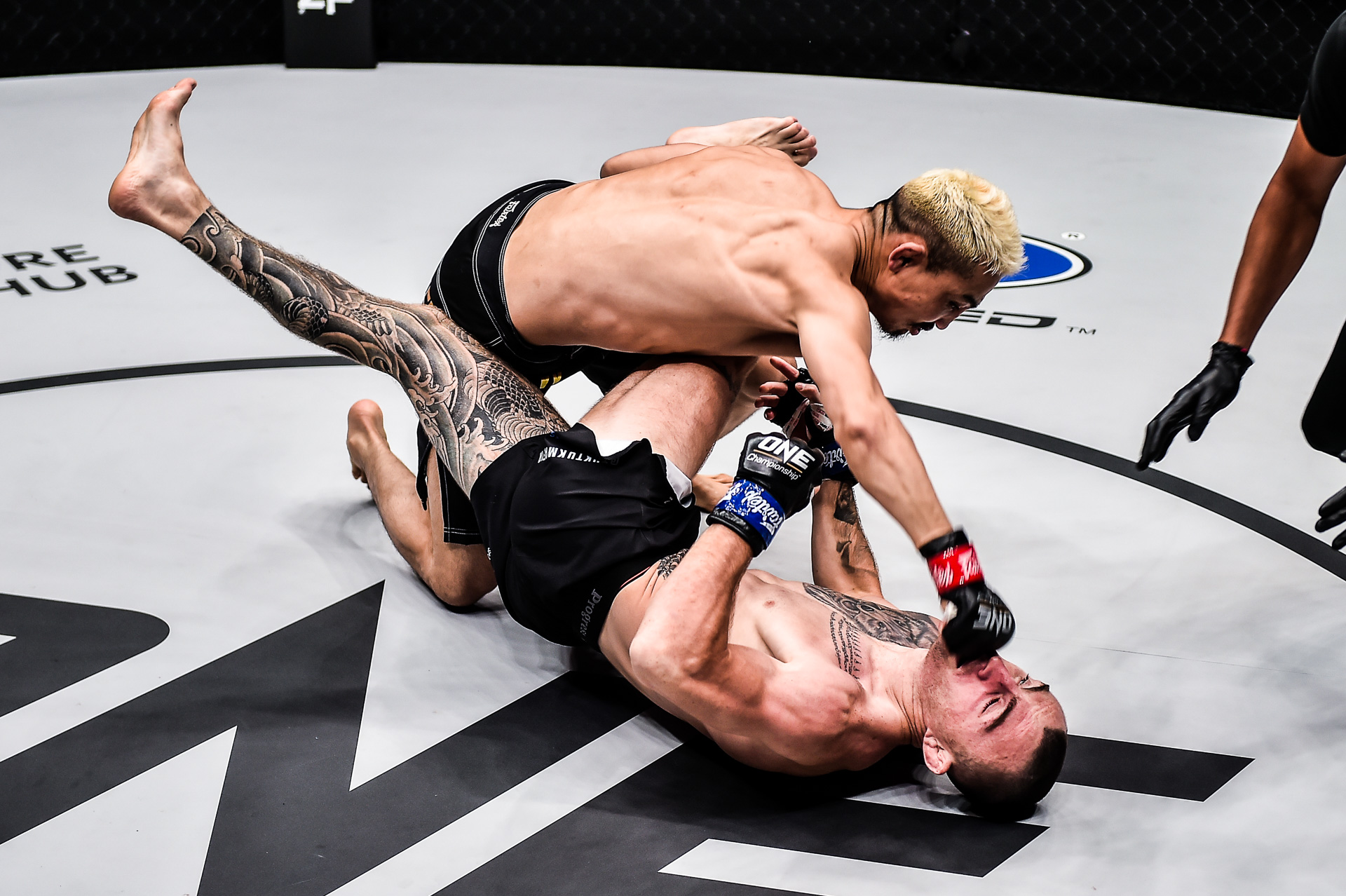 Despite being tagged, the Brit continued to apply pressure. He threw another left cross, but the Mongolian slipped it and responded with a right hook to the head, which dropped Royle to the canvas.

“The People’s Kid” followed his European adversary to the mat and landed three right hands to turn off Royle’s lights, forcing referee Mohamad Sulaiman to call off the action.

It was certainly a debut to remember for Otgonjargal. The 30-year-old Mongolian improved his professional record to 8-1, maintained his 100 percent finishing rate, and earned the first knockout of his career. 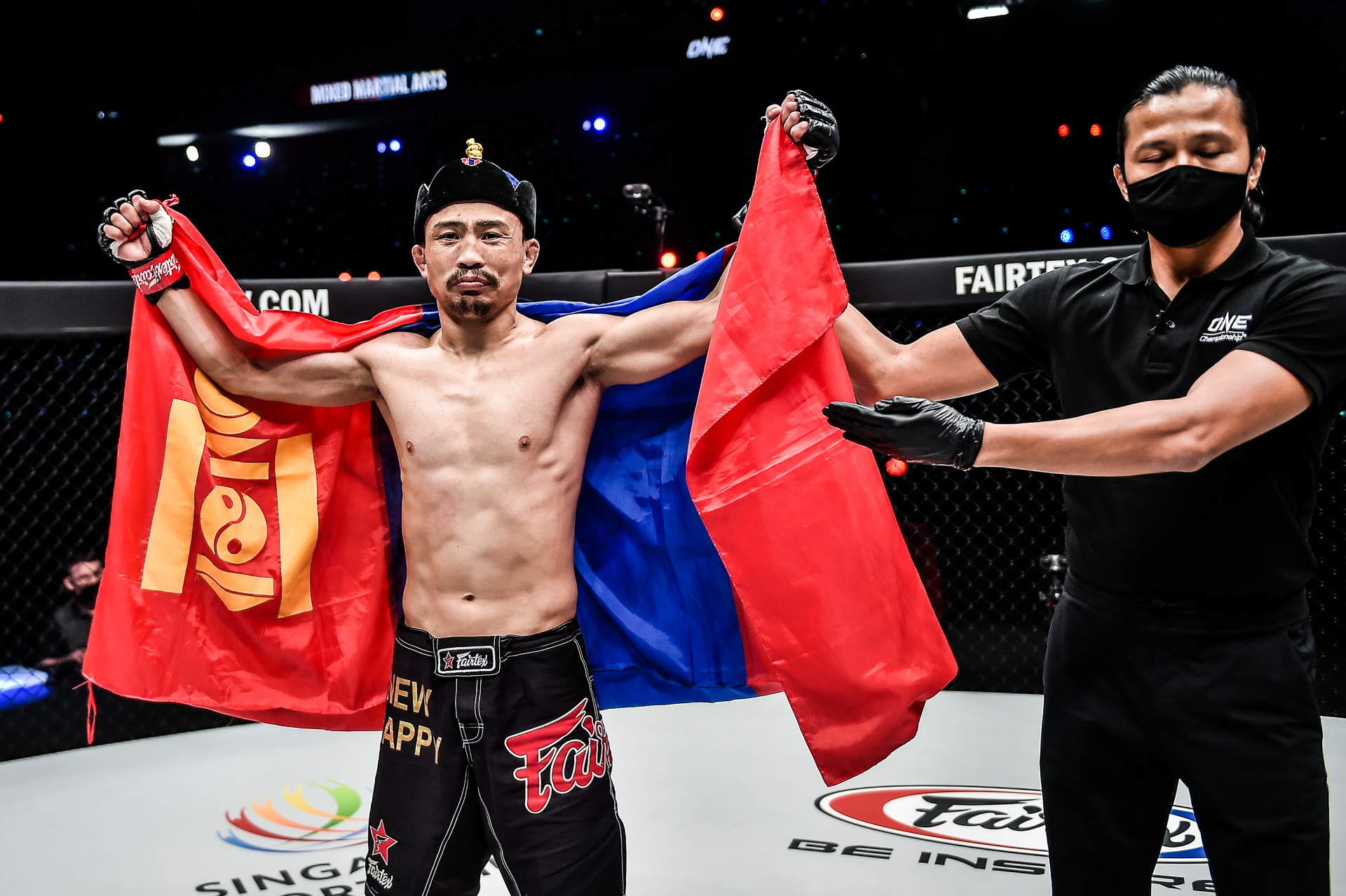