ONE Championship has just unveiled an enticing 2018 calendar, featuring a packed schedule of 24 events across the biggest cities in Asia.

Kicking off in Jakarta on 20 January, the 2018 calendar will deliver the world’s most exciting martial arts action across the Asian continent, as ONE Championship takes things to the next level.

While the organization usually hosts two events annually in familiar host cities such as Singapore, Jakarta, Manila, Bangkok, and Kuala Lumpur, 2018 will see three to four blockbuster shows in each of these major destinations.

What’s more, ONE Championship will continue its growth in China with four events, while also breaking new ground in both the coveted markets of South Korea and Japan.

Since 2011, ONE Championship has hosted hugely successful events across the region, and 2017 was no different.

Throughout the year, the organization saw immense growth in all areas, including attendance, social media metrics, marquee investments, and television ratings. That trend looks set to continue in the year to follow.

Chairman and CEO of ONE Championship, Chatri Sityodtong, said he was excited to expand ONE’s event calendar for 2018.

“We are thrilled to announce our incredible 2018 calendar of events for ONE Championship,” he said. “We have 24 massive shows planned for all sports fans in Asia and will continue to showcase the absolute best in martial arts, delivered by our homegrown martial arts superheroes. 2018 is going to be an epic year of action and I can’t wait to get things started.” 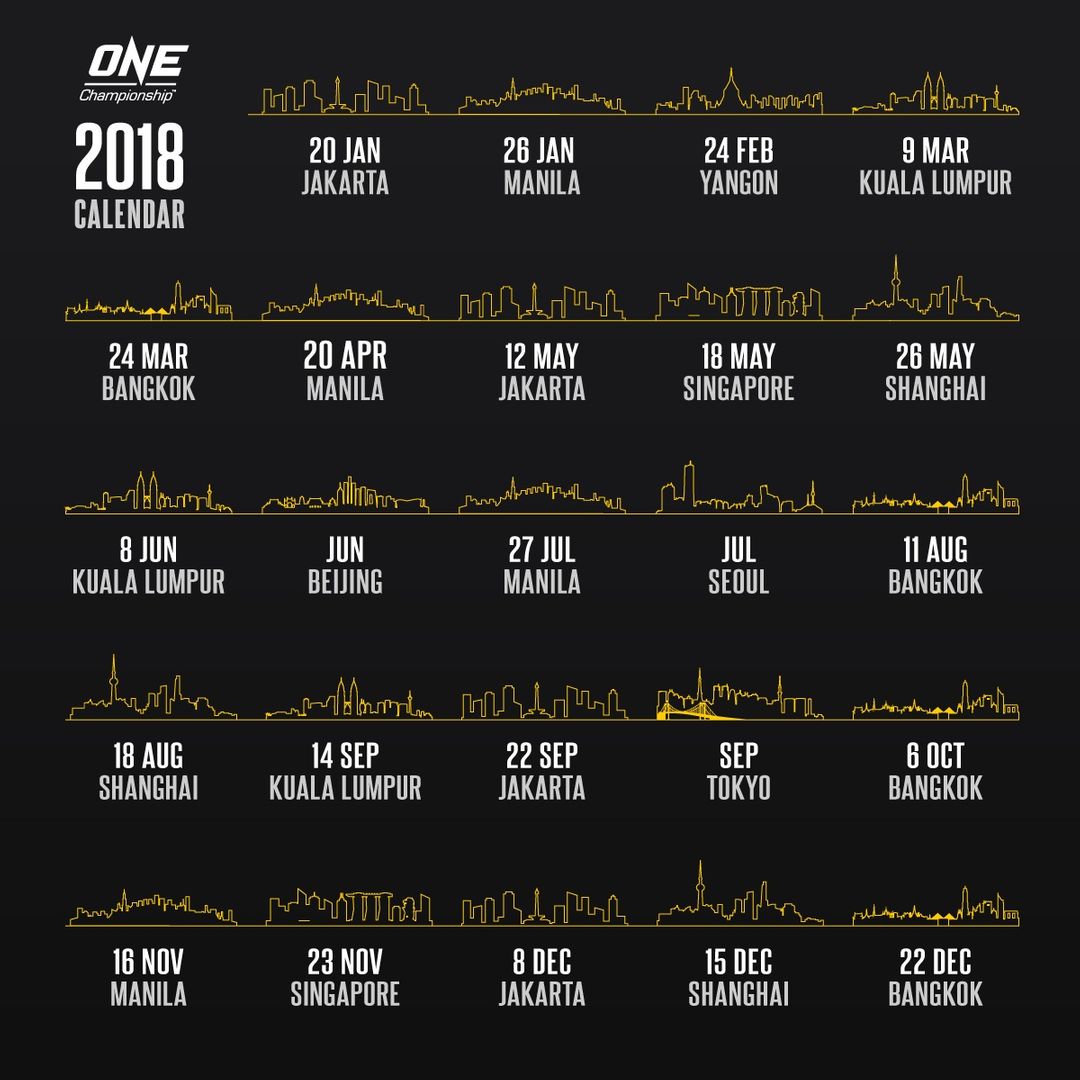