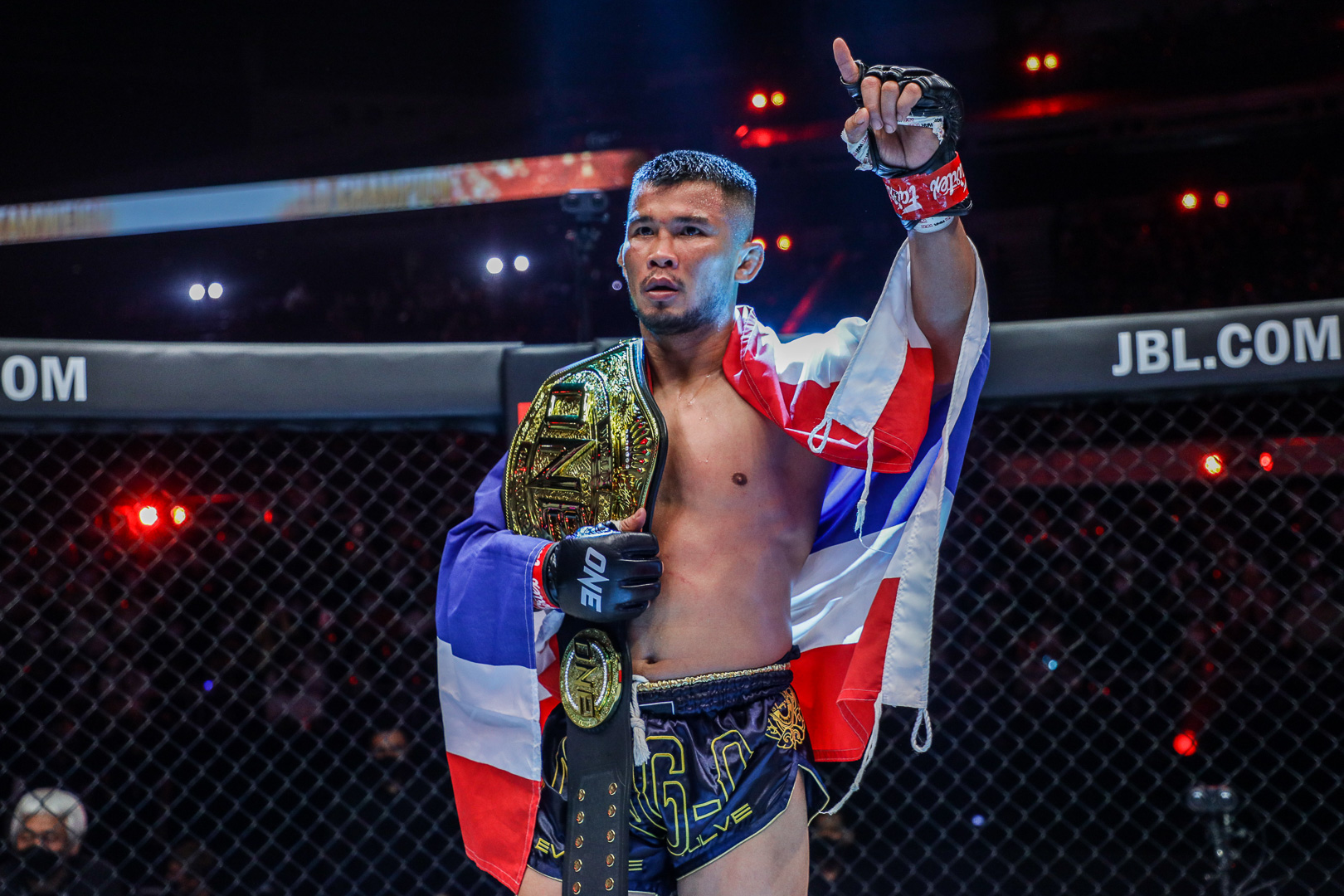 If more fans in North America are going to fall in love with Muay Thai, then Nong-O Gaiyanghadao is one of the competitors who will be front and center.

The Thai is a living legend of the sport, and he will defend his ONE Bantamweight Muay Thai World Title for the sixth time against Liam Harrison at ONE on Prime Video 1: Moraes vs. Johnson II on Friday, August 26.

Their matchup will air live in North American primetime, and with two extremely dangerous strikers, it promises to be a firefight of epic proportions.

For his part, Nong-O can’t wait to compete in front of a massive United States audience, and he knows that a memorable finish of the British superstar would elevate his profile – and Muay Thai – within the country.

“I am very excited to show my skills to the American [fans] and hundreds of millions of viewers. I will do my best to live up to my fans’ expectations.

“I want to win by knockout in front of the American combat sports fans. I’ll try to knock Liam Harrison out and stay at the top.”

Given the huge popularity of boxing and mixed martial arts in the United States, there’s no reason why Muay Thai can’t reach similar heights.

With that in mind, Nong-O is eager to showcase those attributes on Prime Video’s massive platform and help bring “the art of eight limbs” into the North American mainstream.

“This will be a great opportunity for Westerners to get to know Muay Thai better and to promote Muay Thai more widely around the world. I would like to show them that Muay Thai is one of the most dangerous [styles] compared to other combat sports.”

Thai megastar Rodtang Jitmuangnon announced himself to the U.S. market with his incredible battle against Danial Williams at “ONE on TNT I” in April 2021.

Rodtang will also compete at ONE on Prime Video 1 when he faces Savvas Michael in the ONE Flyweight Muay Thai World Grand Prix semifinals, but he’s already a big name in North America following that 2021 Fight of the Year.

Now, Nong-O is aiming for a similar moment when he defends the ONE Bantamweight Muay Thai World Title against British fan favorite Liam Harrison.

It’s a chance for one of the greatest strikers in history to earn his fourth straight knockout – and to see his status explode in the United States.