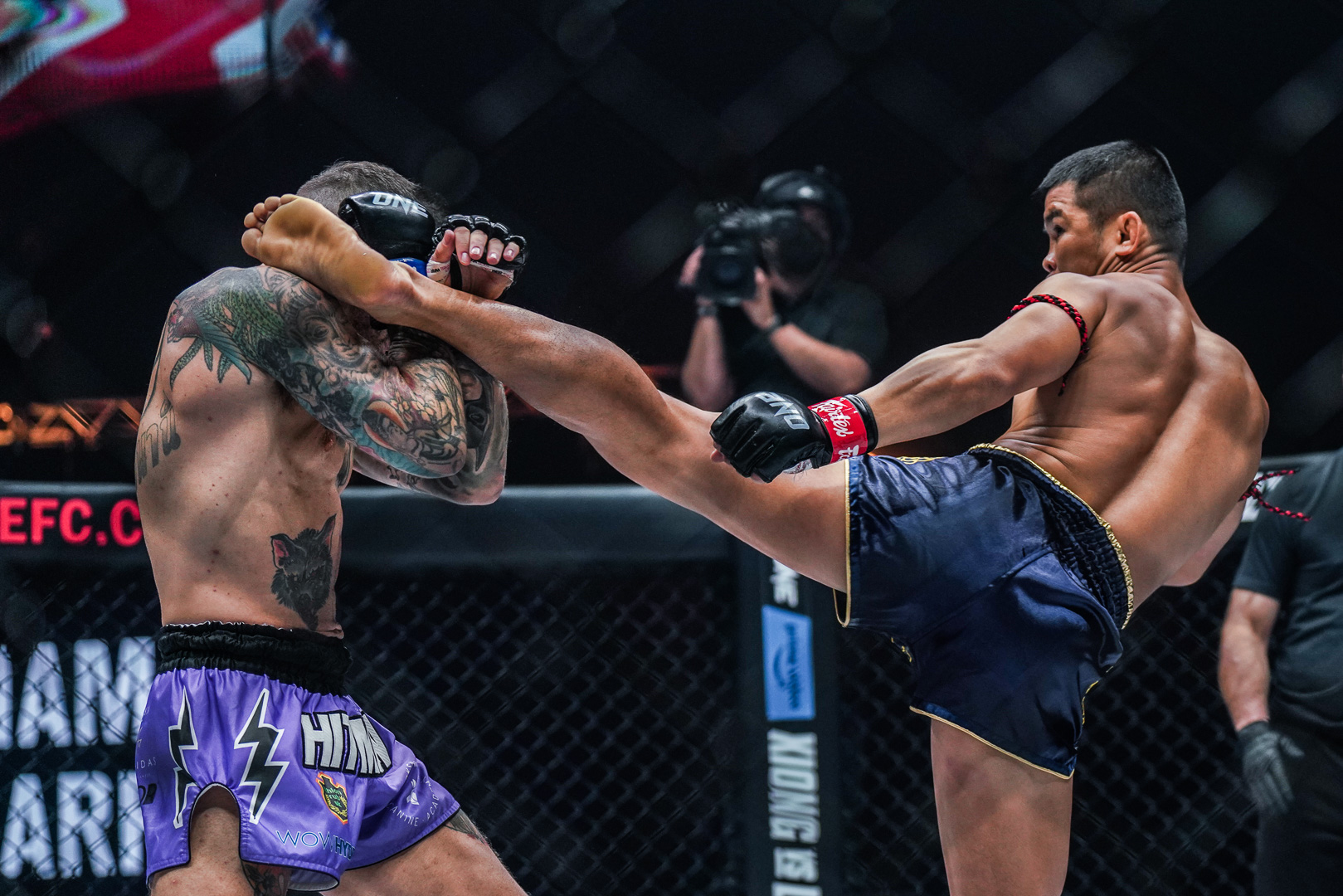 When the bell rang to signal ONE on Prime Video 1’s co-main event battle between ONE Bantamweight Muay Thai World Champion Nong-O Gaiyanghadao and British striking superstar Liam Harrison, the martial arts world was still split on who would walk away as the divisional king.

But at the 2:10 mark of round one, the Thai legend proved once again why you should never bet against him, as he finished the challenger in the first round of their World Title showdown at the Singapore Indoor Stadium on Friday, August 26.

From the get-go, the pair stood at the center of the Circle and traded low kicks. Neither man landed cleanly, however, as they took turns deflecting the attacks off their shins. So, both Nong-O and Harrison began to launch their strikes a little higher up the body.

The Thai’s kicks pummeled the #5-ranked contender’s bicep, and when the Englishman tried to counter with high kicks of his own, the reigning titleholder shimmied out of the way.

Nong-O then went back to attacking with low kicks, and on one occasion, his shin careened into Harrison’s knee, almost sending his challenger spinning to the ground.

Nong-O knew his opponent’s best moments were behind him at that point, so he kept doing what had been working.

He kept pushing, kept popping the jab, and delivering splintering low kicks until one more landed just below Harrison’s knee, sending him down for the count.

As “Hitman” sat on the canvas, his heart wanted him to get back up, but his leg was saying otherwise. The frustrated challenger, holding his stiffened left leg straight out in front of him, couldn’t return to his feet, so the bout was waved off.

The victory earned Nong-O his sixth ONE Bantamweight Muay Thai World Title defense and a US$50,000 performance bonus. Also, it proved that he remains the man to beat in the division.