Veteran star Alain “The Panther” Ngalani expected to make a loud statement at ONE: BATTLEGROUND II, while undefeated newcomer Thomas “The Last Viking” Narmo wanted to use his promotional debut as a springboard to the ONE Heavyweight World Title.

In the end, neither man achieved their objective.

Following two rounds of high-intensity action, an unintentional foul from Ngalani led to a no contest in the exciting mixed martial arts fight that aired on Friday, 13 August. 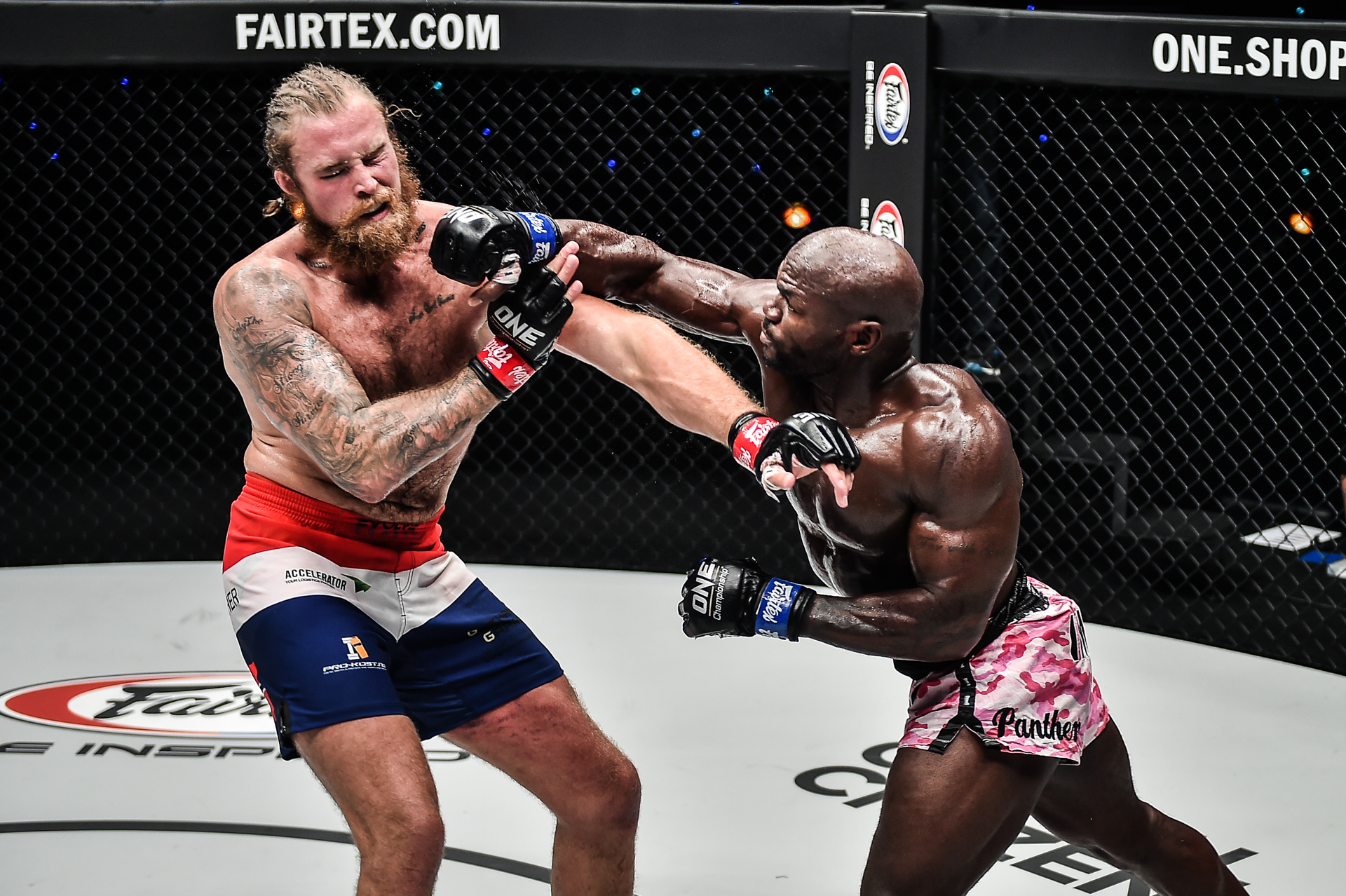 It was an unfortunate ending to a bout that instantly exploded into action, as the heavyweight monsters exchanged fiery strikes immediately after the opening bell.

Despite being the shorter athlete, Ngalani stuffed punches into the face of “The Last Viking,” forcing the 200-centimeter Norwegian to rethink standing in the pocket with his opponent.

Flustered, Narmo pelted Ngalani with a low kick, but “The Panther” scooped it up and threw his giant foe to the canvas. The Cameroon-born competitor followed and wound up in side control, where he transitioned to the knee on belly position and then attempted an armbar.

But Narmo escaped, returned to his feet, and hit Ngalani with three knees before the first round ended. 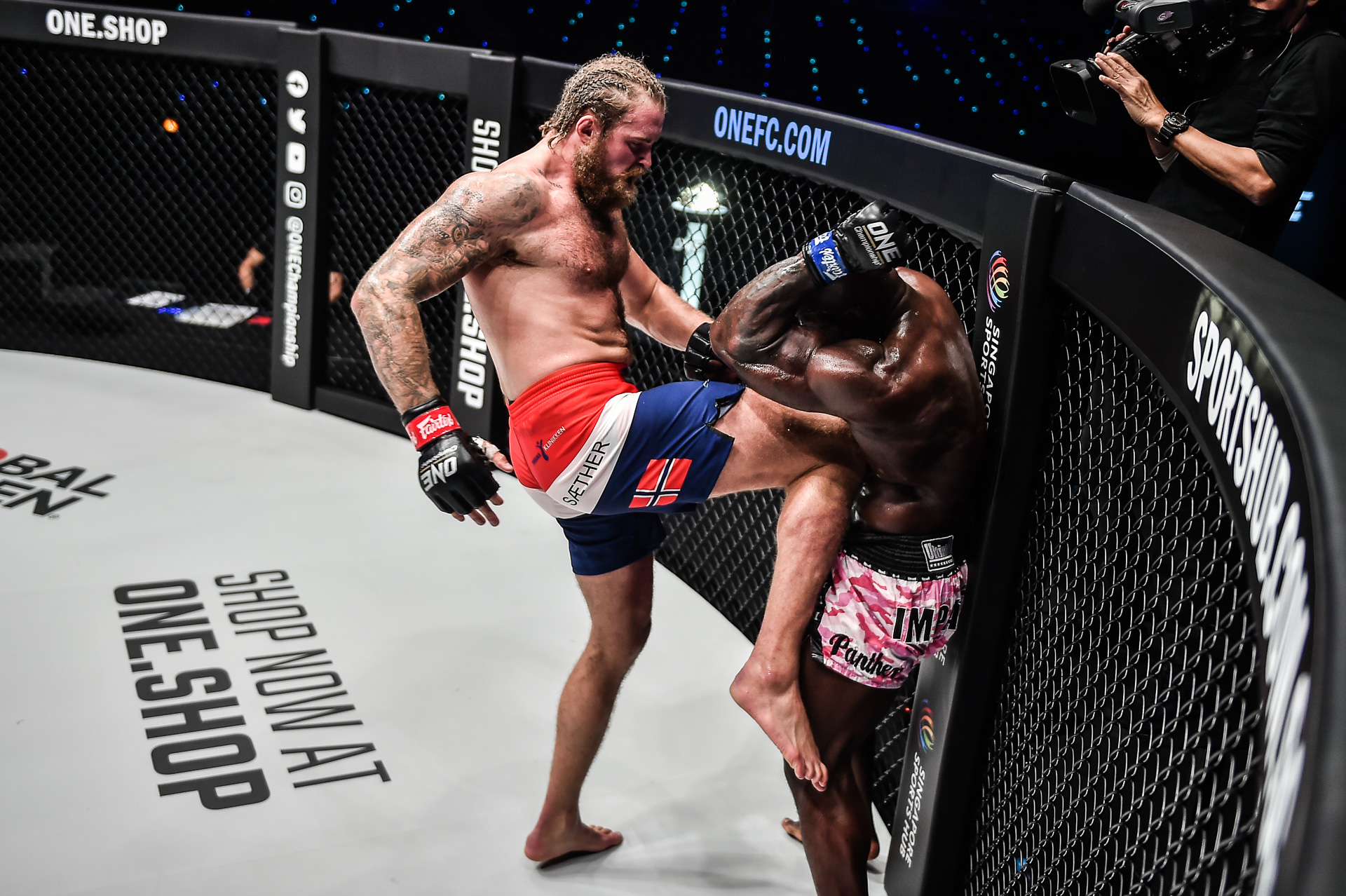 In the opening moments of round two, “The Last Viking” struggled to find his range against his shorter opponent, and he accidentally launched a push kick into Ngalani’s groin, bringing the action to a pause.

“The Panther” recovered, and after a back-and-forth kicking contest between the two heavyweights, Narmo chased his opponent to the Circle Wall, where he tagged him with three uppercuts and a knee to the ribs. The 27-year-old followed with a second knee to the stomach, but his foot landed in Ngalani’s groin again, causing the bout to be halted for a second time.

Once action resumed, the 46-year-old “Panther” stormed forward with straight punches that sent Narmo to the mat, and after returning to his feet, “The Last Viking” tripped and hit the canvas again. 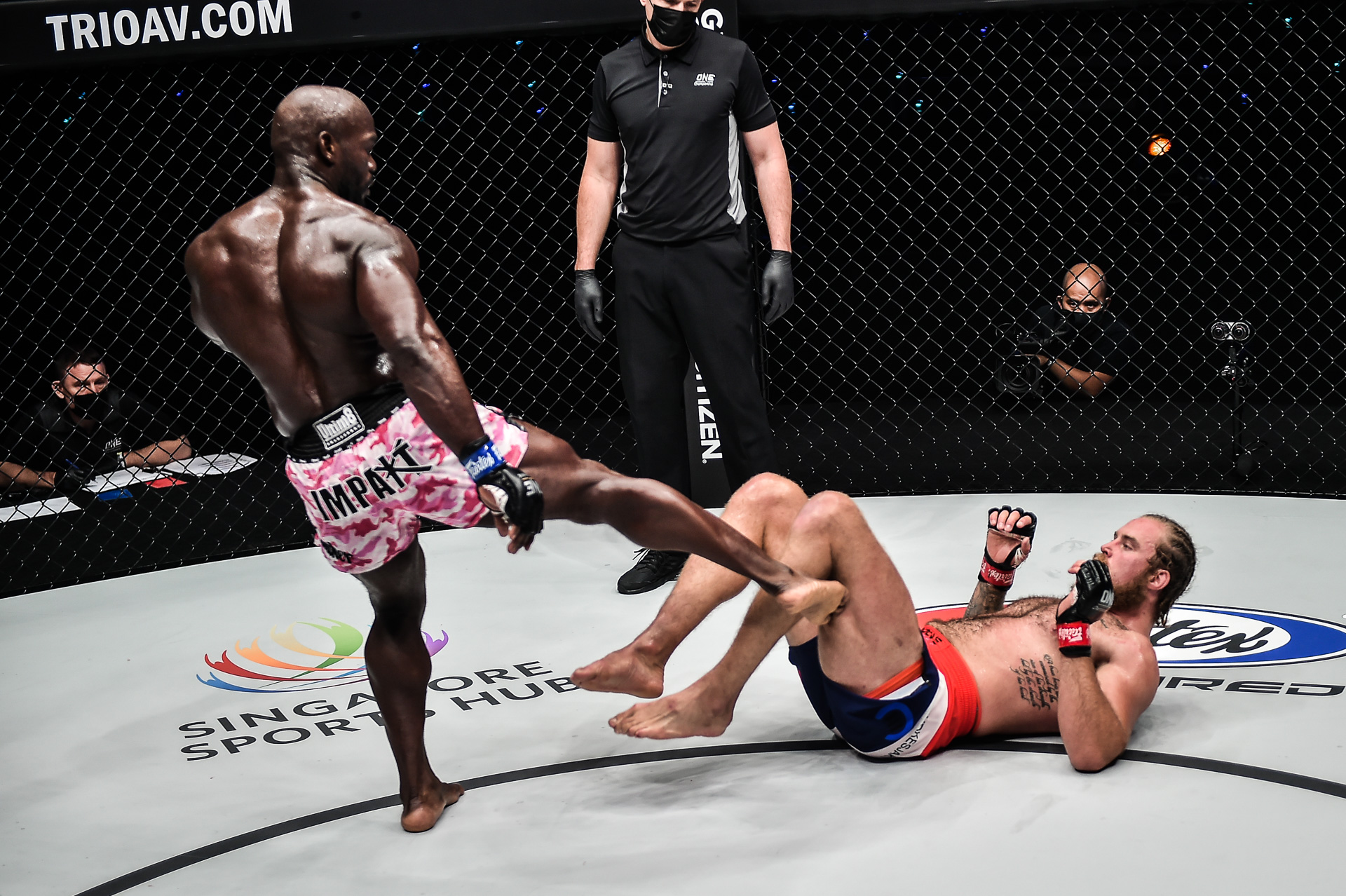 Ngalani worked over the legs of his downed rival with low kicks, but this time, he landed the unintentional low blow. Narmo was unable to continue, and the bout was ruled a no contest at the 4:09 mark of round two.