On Friday Night, 11 November, Mongolian hero Narantungalag Jadambaa will square off against undisputed ONE Featherweight World Champion Marat “Cobra” Gafurov for his belt at ONE: DEFENDING HONOR, live from the Singapore Indoor Stadium.

This will be a rematch of their electric title unification contest from a year ago and this time, Jadambaa plans to seek retribution.

“It is my payback fight to have my revenge,” the 40-year-old Jadambaa says. “That is what makes this fight interesting to me, because not every fighter in the cage has such an opportunity to get back what once belonged to them.”

The bout should live up to the hype. After all, their battle from last year is one of the most talked-about title fights in ONE Championship’s history. 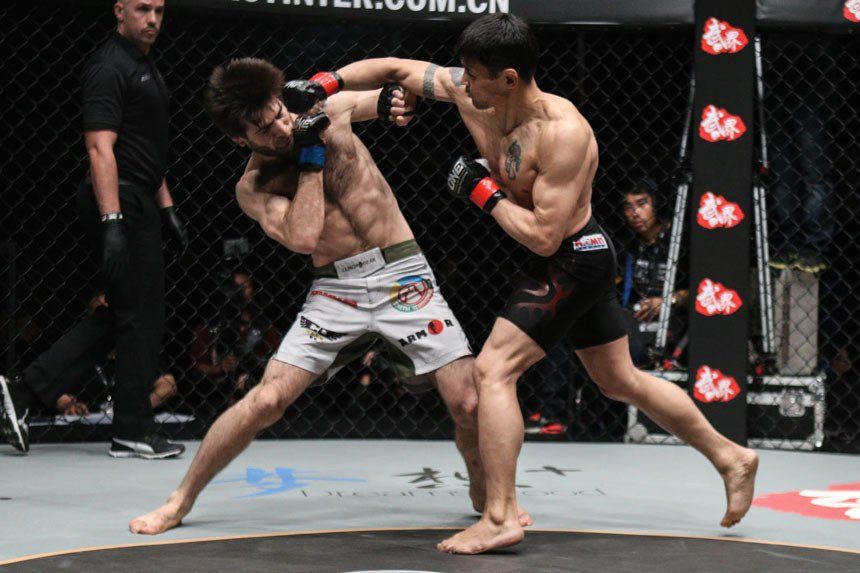 In November 2015, at ONE: DYNASTY OF CHAMPIONS (BEIJING II), Jadambaa held the featherweight belt and fought Gafurov, then the interim champion, in his first title defense. The Mongolia native started off strongly by stifling his opponent’s takedowns, assailing him with a plethora of strikes, and outpointing him in the clinch game.

However, in the second stanza, the Russian Gafurov scored a takedown, locked in an excruciatingly tight armbar and looked to have the fight wrapped up right there. Miraculously, Jadambaa escaped, but had to fight of submission attempt after attempt before somehow getting back to his feet.

“When I was under the armbar from my back in the second round, I was very worried that I was going to lose this way. I was thinking there was no way to get out,” he recalls. “But managing to escape from each armbar and difficult situation made my opponent very frustrated.”

“Tungaa” took advantage of his opponent’s exhaustion and frustration. He stuffed a Gafurov takedown in the third stanza, dominated the clinch with an energy-draining lean-and-knee tactic, and battered him with powerful punches.

Nearly halfway through the fourth round, however, Gafurov got his second wind. “Cobra” took Jadambaa’s back and put him to sleep with his signature rear-naked choke, thus winning the bout, unifying the belts, and leaving a beloved veteran and his nation of fans heartbroken.

“I was depressed because a lot of Mongolians were there to watch,” he says. “Because of that atmosphere, I was psychologically affected. I was worried and lost some energy.”

Despite the loss, he put on quite the show against Gafurov. Jadambaa wanted to rally his fans behind him again, and the only way he could do that was to begin his road to redemption. 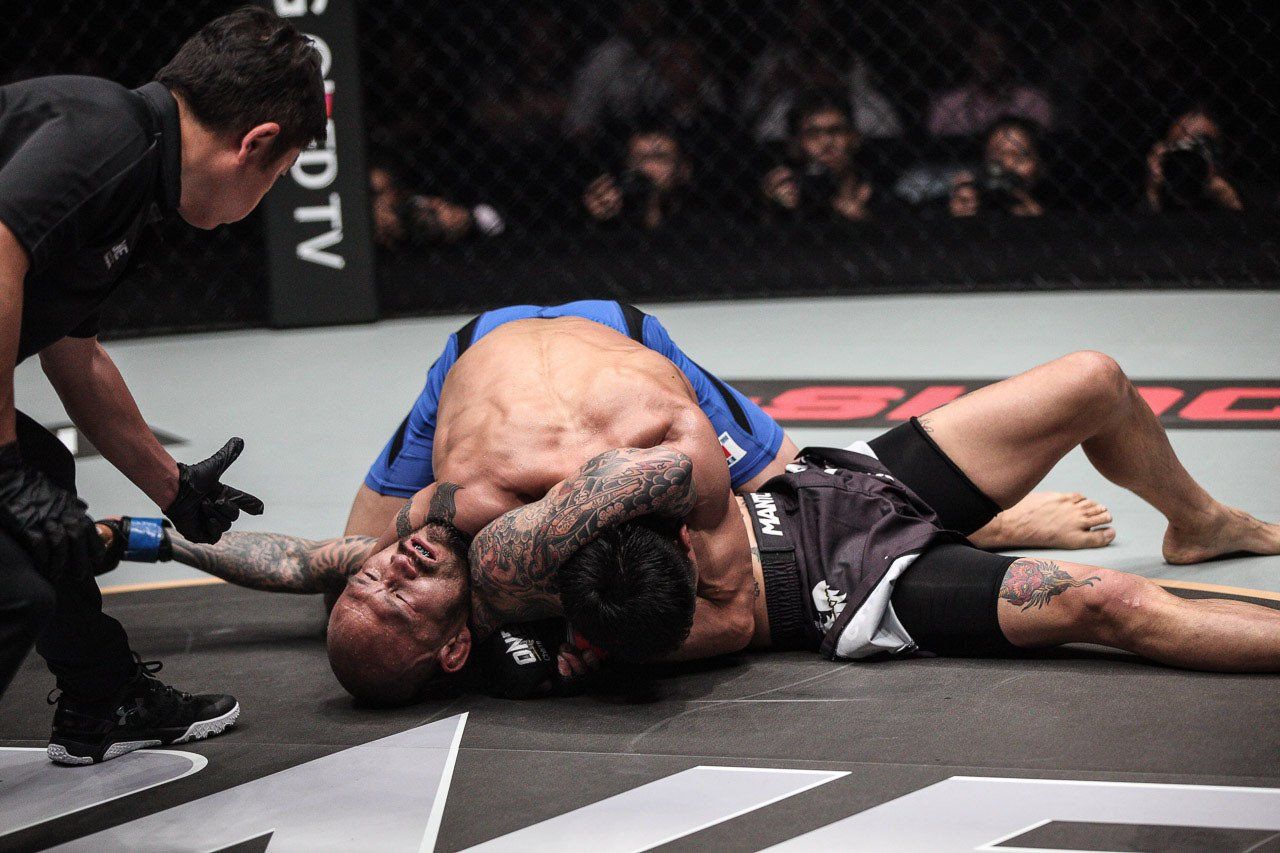 Following the defeat and some much needed time off, the judo and Kyokushin karate black belt resurfaced in May when he took on former ONE Lightweight World Champion Kotetsu Boku at ONE: ASCENT OF POWER. “Tungaa” was able to submit Boku with a rare Von Flue choke in the third round.

The former champ then had a quick turnaround when he faced Eric Kelly at ONE: DYNASTY OF CHAMPIONS (HEFEI) two months later. Jadambaa marched up to his rival and knocked him out with a thunderous right cross in 44 seconds flat.

With such dominant performances, in addition to the fireworks he put on just a year earlier, the Mongolia native was granted a rematch with Marat Gafurov for the ONE Featherweight World Championship at the upcoming ONE: DEFENDING HONOR card.

On paper, Gafurov may have a bit of an edge. The Dagestan, Russia, hero has a flawless 14-0 record and a dangerous ground game, thanks to his Brazilian jiu-jitsu black belt and world-class grappling.

Jadambaa may have improved on the ground since they last met in the cage, but Gafurov already owns a hard-earned victory over Jadambaa, giving him the psychological advantage. But while it is easy to assume the 31-year-old “Cobra” has youth on his side, Jadambaa feels being the older and wiser competitor at age 40 is more beneficial. “My experience, my life, my age makes me try harder than ever before and focus on my training to accomplish my dreams. The last two fights made it even clearer that my experience and age are to my advantage, as well as confidence in myself,” the Mongolian explains.

“I have been through many things in cage fighting. I never thought that my experience was an advantage, but now I am fully aware of what I am capable of. I understand it.”

Jadambaa also understands what a golden opportunity he has been afforded. This is his ideal scenario for retribution because he can regain the belt from the man who snatched it from him.

“Of course, it would be a pleasure if I get my revenge against him.”