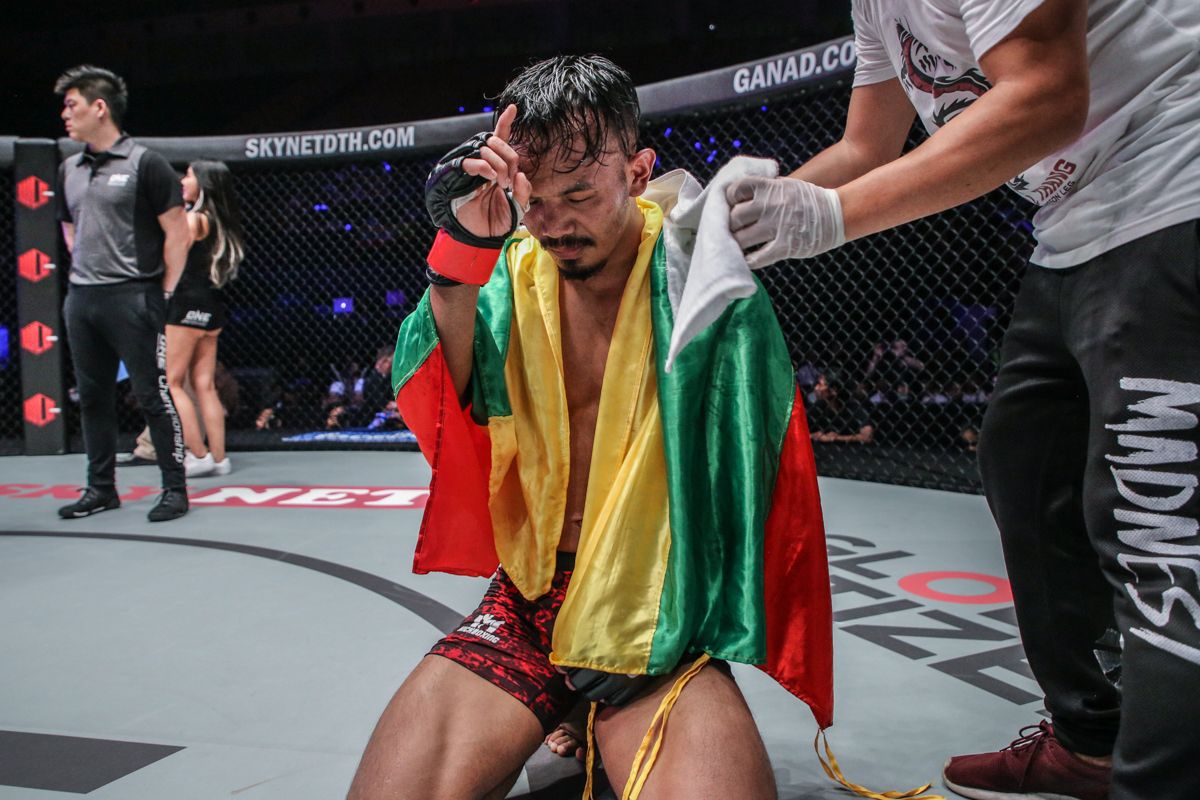 A new star was born as Myanmar’s martial arts fans hailed the arrival of their latest hero, “The Dragon Leg” Tial Thang.

The decorated wrestler made his professional mixed martial arts debut under the bright lights of the Thuwunna Indoor Stadium in Yangon at ONE: REIGN OF VALOR on Friday, 8 March.

Tial Thang proved he could handle the spotlight, as he produced a thrilling performance to claim a unanimous decision victory over Cambodia’s Rin Saroth.

A protegé of Myanmar’s two-division ONE World Champion Aung La N Sang, Tial Thang arrived in The Home Of Martial Arts with a reputation as a dominant grappler.

Despite being a four-time Chin State Wrestling Champion, the 25-year-old chose instead to showcase his striking skills in the opening round of their 68-kilogram catch weight contest.

Even though the Kun Khmer specialist had the advantage in the stand-up department on paper, the debutant took the action to his opponent in the opening frame.

“The Dragon Leg” put the exclamation point on a hugely encouraging round by closing the distance on Saroth, getting a body lock, and spectacularly taking the Cambodian down to the canvas. 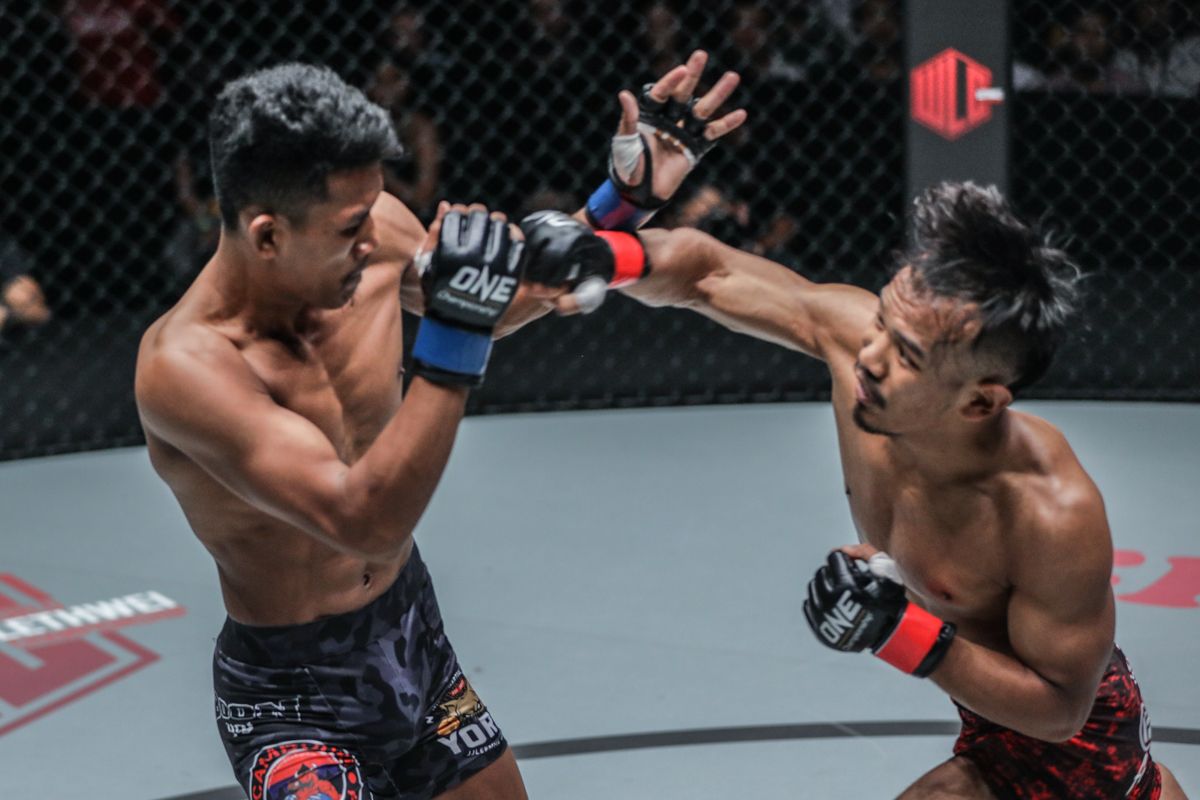 Tial Thang initially continued his striking approach at the start of round two, as he countered effectively and, at times, beat Saroth to the punch. But then, the local hero turned to his bread and butter — his wrestling — to dominate the clinch and secure multiple takedowns.

The Cambodian looked to use his strikes to rough up Tial Thang at the start of the third round, but the four-time Chin State Wrestling Champion — roared on by his passionate countrymen — continued his relentless work rate.

He connected with some more of his strikes, and then masterfully changed levels, locked on to Saroth yet again, and drove him down to the canvas once more.

After one such takedown, the Myanmar native pinned Saroth against the fence, applied immense top pressure, and connected with an assortment of ground strikes.

When the action returned to the feet, “The Dragon Leg” stood toe-to-toe with the Kun Khmer specialist to put the seal on a hugely impressive debut performance as the bout went all the way to the judges’ scorecards. 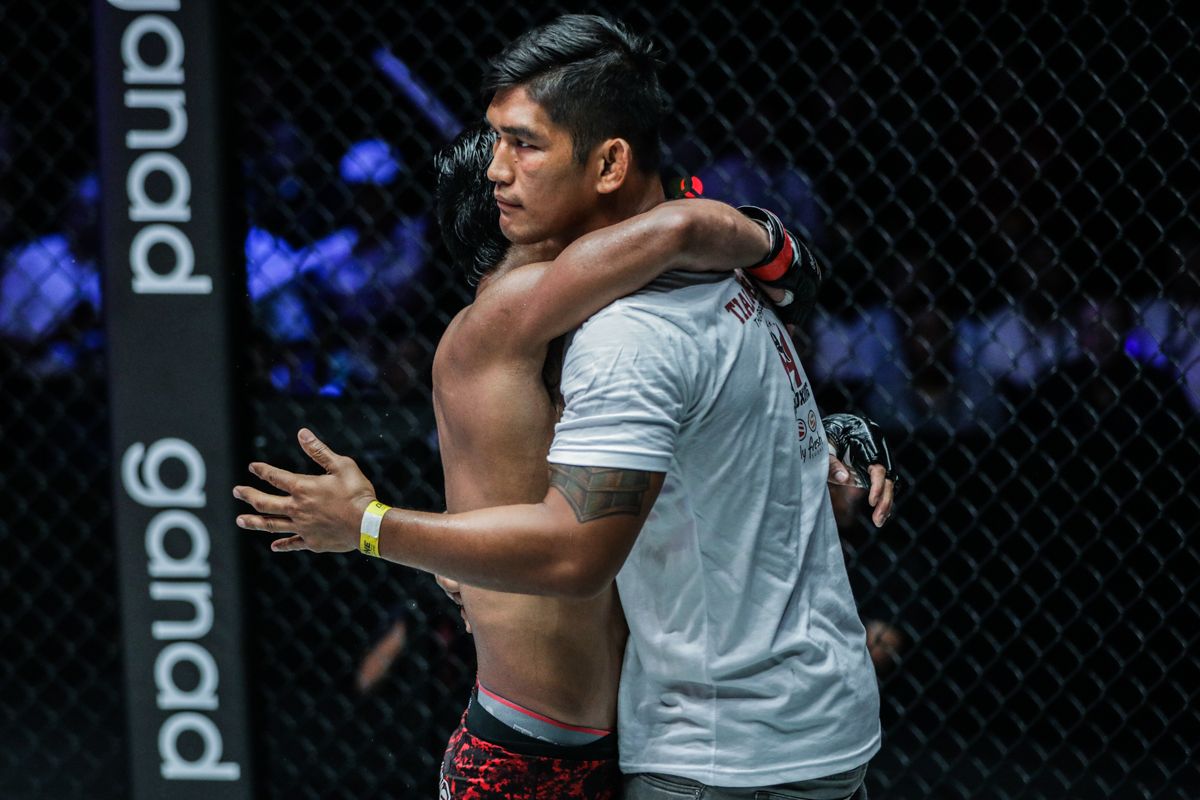 All three judges awarded the unanimous decision victory to Tial Thang, who begins his mixed martial arts career with a memorable win.

From the sounds of the reception he received before and after the bout, it looks like the country has a new superstar.