Kohei “Momotaro” Kodera did not expect he would make his defeat of a Muay Thai legend look so easy.

Although the Japanese star predicted he could finish Singtongnoi Por Telakun at ONE: IMMORTAL TRIUMPH in Ho Chi Minh City, Vietnam, he admits he was still nervous about facing the Lumpinee and WMC Muay Thai World Champion

However, when he stepped into the ring last Friday, 6 September in the Phu Tho Indoor Stadium, the 29-year-old did not seem intimidated by his rival at all.

Within a minute, “Momotaro” had connected with a barrage of strikes to take out the Evolve representative. 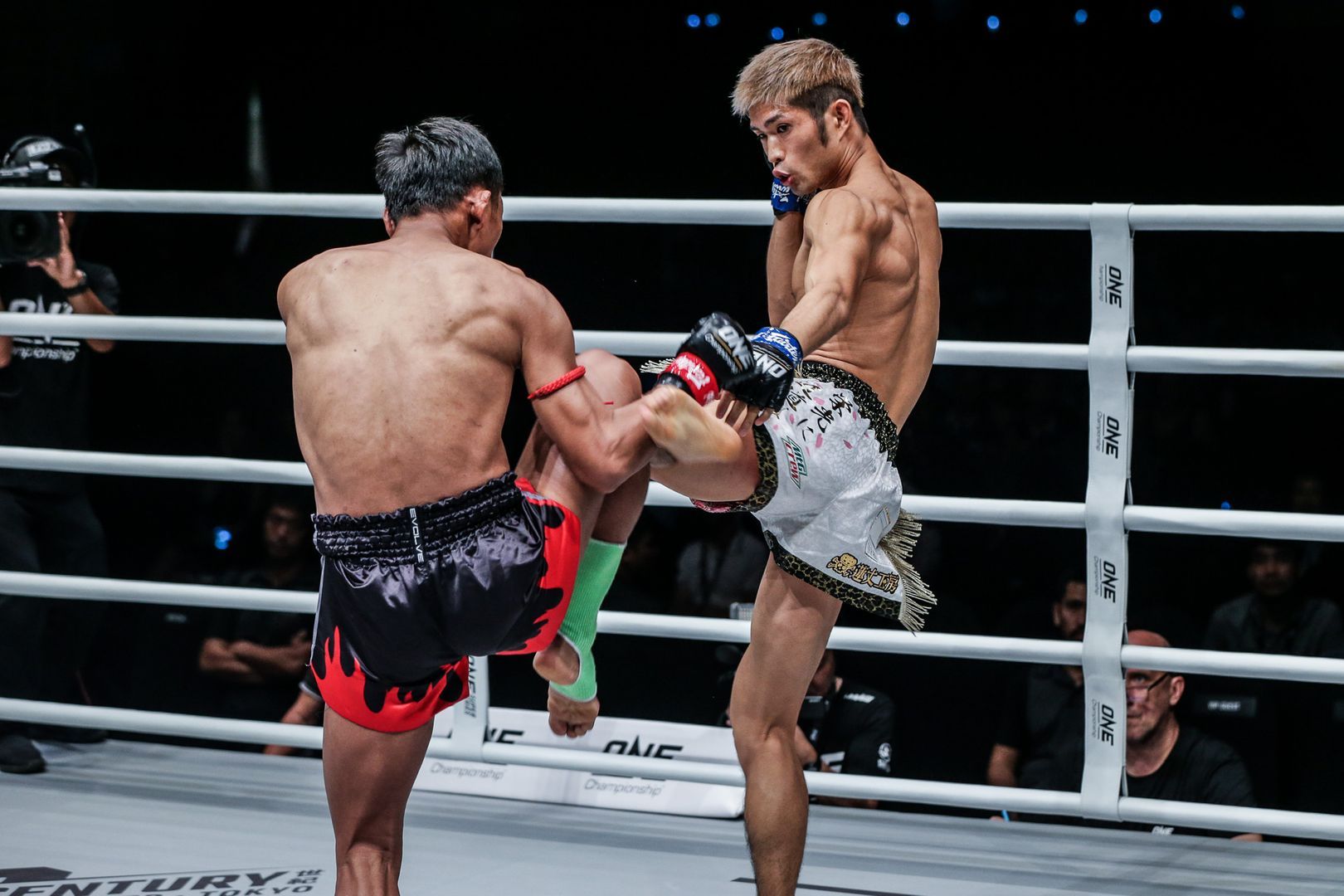 “With a big name like Singtongnoi as my opponent, I was really anxious before the fight,” he explains.

“I’m relieved to have got the win. I was fully prepared for all three rounds, but winning like that shocked even myself! [Singtongnoi] had beaten Masahide Kudo, and looking at his record of about 300 bouts, I was excited to see how much I could do, but honestly, the anxiety was big.

“I’d been training constantly, so I just had to get in the ring and do what I’d done in training, but it was touch-and-go right up until the fight.”

The representative of Tokyo’s Oguni Gym anticipated he could finish with elbows, but it was a maelstrom of every technique from “the art of eight limbs” that got the job done.

It all began with a perfectly-executed spinning back fist that put the Thai icon on rubber legs, before “Momotaro” rushed in with a varied attack of boxing, knees, and his elbow strikes.

Singtongnoi could not regain his wits, and a couple of well-placed punches finished the job.

“I thought it would be interesting to finish a Muay Thai fighter with elbows, but I was surprised it happened so quickly,” adds Kodera.

“I watched his middle kicks from the start, and I thought from his first attack, ‘If that’s the speed, I can deal with it.’ From there, I used my footwork and kicks, and let go of the spinning back fist that I’d practiced in training.

“Incredibly, it landed, and I saw he was hurt, so I followed up with punches, knees, and elbows. I imagined that I’d drop him with a punch, and it went just as I had trained all the separate striking elements. I didn’t think it would be so fast, but the last left cross landed cleanly on his jaw, and that was the end.” 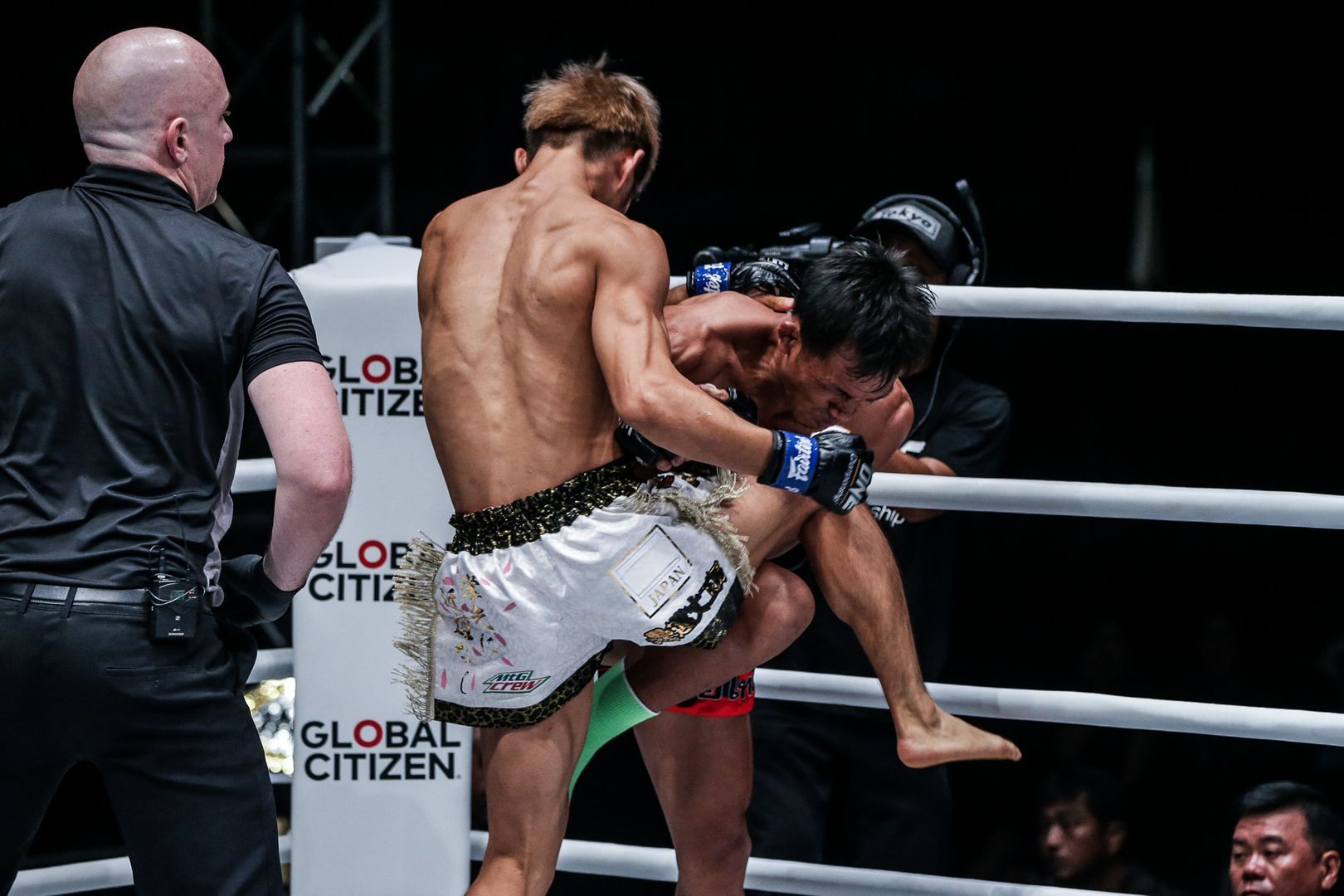 The 39-year-old tried to recover from the barrage he had absorbed, but he could not regain his footing, and the contest was waved off after just 41 seconds.

It was by far the biggest and most high-profile win of “Momotaro’s” career, and it should launch him upward in the ONE Super Series flyweight division to face some of its biggest names – including another World Champion.

Considering he took no damage, he is ready to get back in the gym as soon as he can.

“I want to fight any of the top Muay Thai or European fighters, like Jonathan Haggerty. I don’t know when I’ll fight next, but I’ll quickly accept any offers. I’m just going to stay ready to fight,” he explains.

”Everything went well, and I got the win this time. Next, whoever I face, fans will not be let down. I want the world to know how strong ‘Momotaro’ from Japan is.”

There will be plenty of opportunities for the WBC Muay Thai International Champion to return to action in ONE Championship this year. Though the ONE: CENTURY card is filled to the brim, The Home Of Martial Arts will travel to Manila, Jakarta, Beijing, Singapore, and Kuala Lumpur before the end of 2019.

Any of those locations would suit Kodera for now, but he also has a return to Vietnam on his wish list for 2020.

“Everyone I met in Vietnam, and at the hotel, was very warm-hearted. I made friends with the staff at the restaurant, and they came to watch my fight,” he adds.

“Before I left, I popped in to greet them, and they were really happy. I connected with them on Facebook, and we exchanged messages saying we should meet next time I come to Vietnam, so I want to go again.”