Mohammad “O Lutador” Karaki (9-0) is no stranger to capturing prestigious titles and competing in main-event bouts.

However, when he makes his ONE Championship debut on Friday, 26 October, he will face the biggest test of his career and try to claim the biggest prize in the sport.

The Lebanese mixed martial artist will challenge two-division ONE World Champion Aung La “The Burmese Python” N Sang (23-10, 1 NC) for his middleweight belt at ONE: PURSUIT OF GREATNESS, which takes place at the Thuwunna Indoor Stadium in Yangon, Myanmar.

On 26 October, Aung La faces the greatest threat to his World Title reign yet ⤵️

Ever since making his professional mixed martial arts debut in December 2012, Karaki has been outstanding on the Middle Eastern scene.

The Beirut, Lebanon native is enjoying a perfect start to his career, which has seen him win the Desert Force Middleweight and Light Heavyweight Titles, as well as the Phoenix Middleweight Championship.

Now, Karaki hopes his growing skills and experience will lead him to gold once more, as he heads into the most important bout of his career – and his first outside the region he has dominated.

“The experience I’ve acquired as a fighter in recent years gives me a big push ahead of the fight,” the 27-year-old says.

“All the competitions I’ve taken part in have helped me gain experience in controlling my opponents during fights and overcoming the odds to amaze everyone.”

Karaki concedes his task of defeating the Myanmar icon will be a difficult one, especially in front of his rival’s home crowd.

However, his determination has driven him to new heights in training as he prepares for the upcoming battle.

To ensure that he is physically and mentally ready for the World Title bout, “O Lutador” has traveled to Coconut Creek, Florida in the United States to train with some of the best mixed martial arts coaches in the game at American Top Team.

He has been undergoing intensive, four-hour training sessions every day at the world-famous facility.

“I have never been this prepared for a fight,” Karaki says. “After working with the best mixed martial artists, I’m more than ready.” 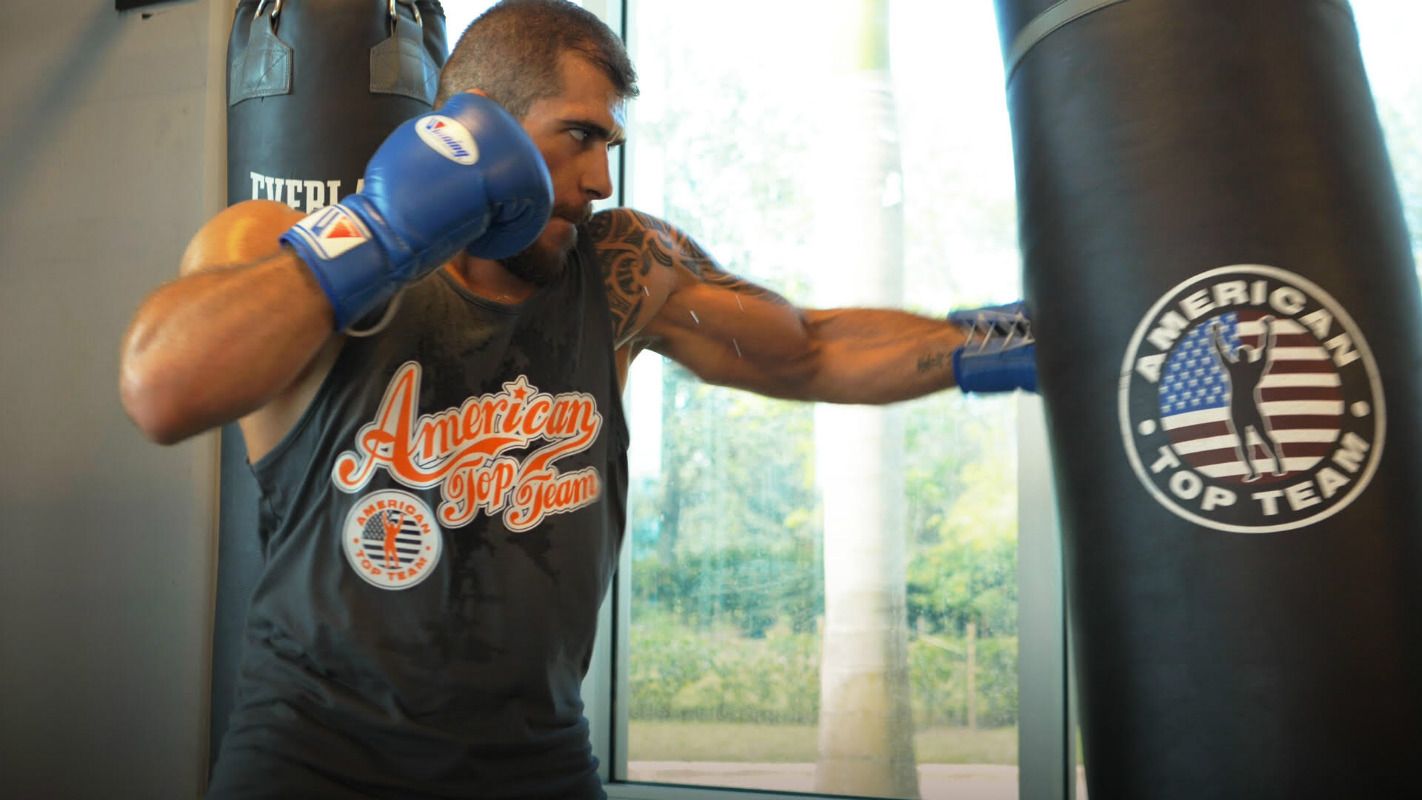 Karaki’s meticulous preparations are not limited to physical exercises.

He has studied Aung La N Sang closely to look for holes in his game and find out how he can exploit them when they meet in the cage.

“I’ve watched all of his fights to see how they went. I wanted to make sure I know my opponent as well as possible,” he explains.

“I will need to act fast inside the cage based on what’s happening to use my strengths and attack his weaknesses.” 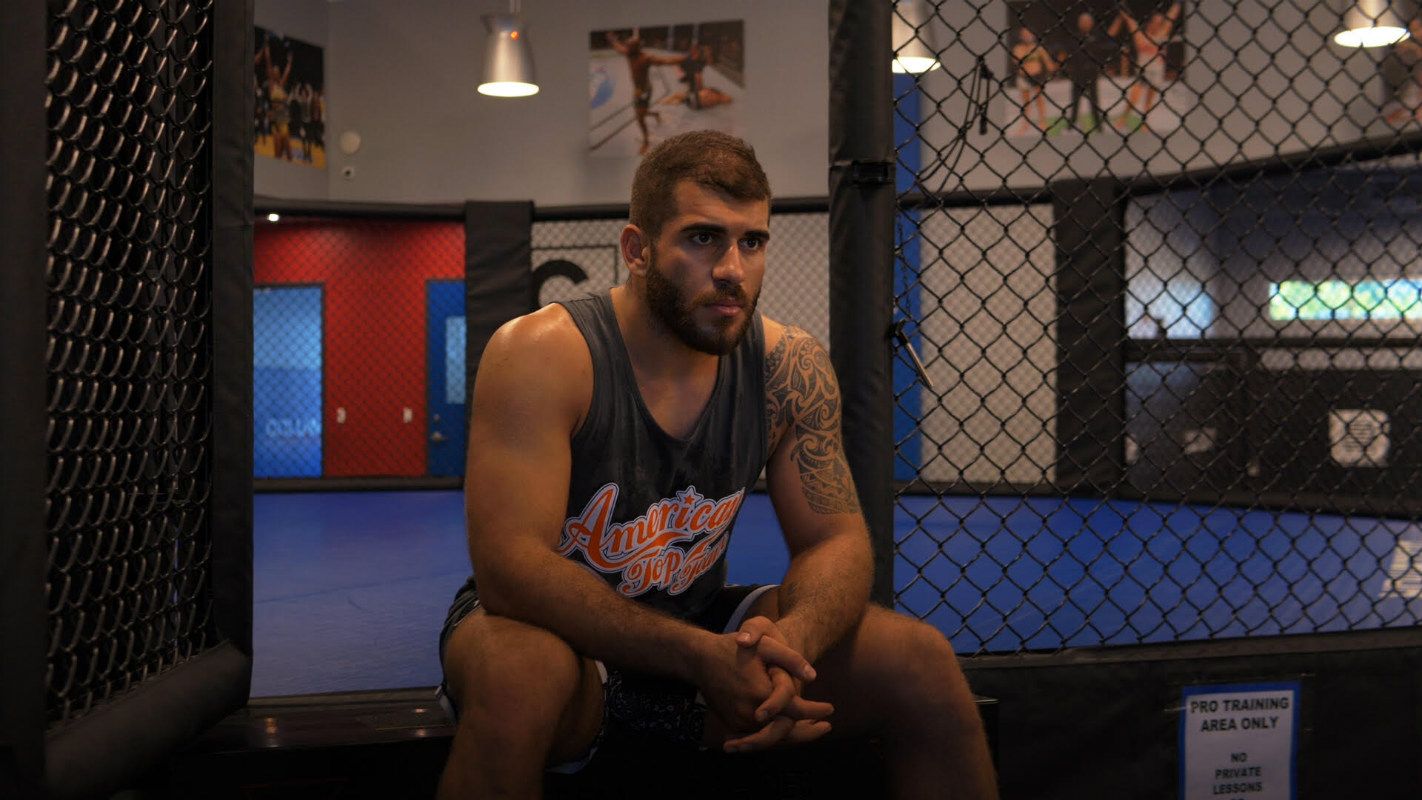 So much is on the line for “O Lutador” – his pride in representing his country on the global stage for martial arts, his undefeated streak, and the biggest honor of his career, the ONE Middleweight World Title.

Despite the mounting pressure on his shoulders, he is keeping a cool head. He is also enjoying his role of the underdog, which he insists is nothing new for him.

Karaki says he has battled the odds since his first bout nearly six years ago. A clean slate of nine victories later, he still thrives in this role, and he expects to leave the Thuwunna Indoor Stadium with the gold around his waist.

“I’m now used to fighting in a hostile atmosphere,” he explains.

“Everyone has always told me that I don’t have a chance and that winning would be difficult, but this gives me an extra push to prove them wrong.

“I do not accept losing. I am preparing and have no doubt that I will be ready for a big fight.”