Masahide “Crazy Rabbit” Kudo is a crowd-pleaser, and he plans to put on a show for the fans at ONE: IMMORTAL TRIUMPH.

However, the RISE Featherweight Champion knows he will have to be at his very best to solve the puzzle posed by his opponent in a ONE Super Series flyweight kickboxing match.

Kudo has had a sharp learning curve since joining ONE’s talent-rich roster, but he says that has only made him a better athlete.

He has adapted his style and training, and feels he has turned everything up a notch for his next high-octane rumble in The Home Of Martial Arts. “My experience level has truly increased,” he explains.

“The first time I fought in ONE was my first time facing a foreign fighter. On the other hand, now I’ve faced five – all at a world-class level – so my ring maturity and level have gone up noticeably. I want to show that this time.

“I’ll be pressing my attacks from the first round, so I’ve raised my stamina. I’ve thoroughly worked on everything from the basics.

“I’ve been doing more strength and conditioning. I’ve always had confidence in the power of my punches, and this time it’s my first bout using open-finger gloves, so I have the power of the one-punch KO.”

“Crazy Rabbit” is under no illusion of Panpayak’s caliber and experience. The 23-year-old has an awesome record of 244-40-3, and has won the biggest prizes on the Muay Thai circuit in his home country.

He also put on an incredible performance in his ONE debut, and through studying “The Angel Warrior’s” bouts, Kudo has seen that was no one-off.

“[Panpayak] has a complete grasp of distance control. I think his understanding of the distance [so he does not get] hit by his opponent’s attacks is amazing. Honestly, watching his fights, he has the better technique – it’s excellent,” he admits.

“He has probably watched how other Thais have fought me and will use the same approach. He’s southpaw, and he’ll probably want to clinch up when I move in to stop my attacks. In my last two fights, that’s how they broke my rhythm.” 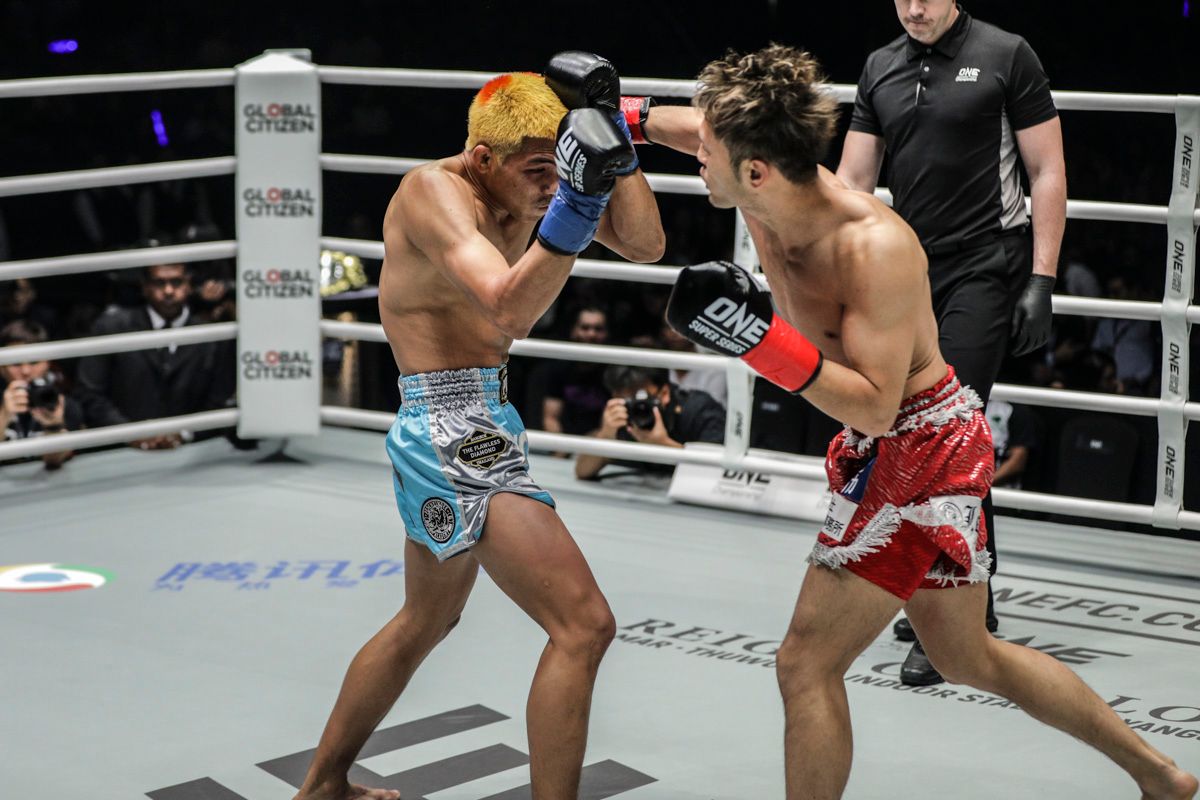 With that said, this will be his first match under kickboxing rules, so he will enter the Japanese competitor’s world on 6 September.

Kudo has formulated a game plan, and is ready to take countermeasures to sway the bout in his favor.

“He’s a World Champion, so I can’t win if I get caught up in his kicking game. I’m going in with boxing and looking for the knockout finish from round one,” he says.

“I think my boxing skills are better than his, and the open-finger gloves will suit me. Also, because he fights from his distance, when he’s forced back, his pace is broken.

“I studied Rodtang [Jitmuangnon’s] fights because his style is similar. I thought he used the open-finger gloves well and avoided getting hit. That was a good example for me.

“I’ve been training with Hideki, the K-1 Global Champion, who is southpaw, and it’s been very useful. He competes at lightweight, so he’s big – two weight classes above me – so we’ve been using a lot of power shots in training. I’m used to getting hit hard!”

Kudo’s adjustments in training have filled him with confidence ahead of a match that could shoot him up the flyweight division if he can get his hand raised.

One thing is still the same though, and that is that fans can expect to see a trademark Masahide Kudo performance as he brings his fearless approach to the ring and sets out to trade in the center of the ring.

“My record of knockout finishes speaks for itself, so I want to show the fans that,” he says

“I’ll be attacking constantly to give the fans an entertaining fight. He’s not the brawler type, but, whatever happens, I want to raise the roof!”