Mark Striegl got back on the winning track a year after losing his previous contest, and was able to grind his way to a satisfying win over replacement opponent Sotir Kichukov. The bout took place on Friday, 2 December, in Manila at ONE: AGE OF DOMINATION.

Striegl used takedowns and ground control to earn a unanimous decision after three rounds against his Bulgarian opponent.

Striegl previously fought and lost to number one bantamweight title-contender Reece McLaren, but rebounded to beat a game and dangerous Kichukov in front of a partisan crowd who cheered him on. Striegl came out kicking Kichukov’s body and legs early on, before shooting and landing a double-leg takedown.

Kichukov worked actively from his full guard, attempting to set up submission holds off his back. Sriegl maintained good posture, however, and kept his neck and limbs out of danger before standing and punching downward.

Striegl advanced to a dominant side mount headlock position, but was soon swept by his opponent out of the Saigon Sports Club. Striegl did not allow Kichukov to keep top position for long, and scrambled back up to his feet. 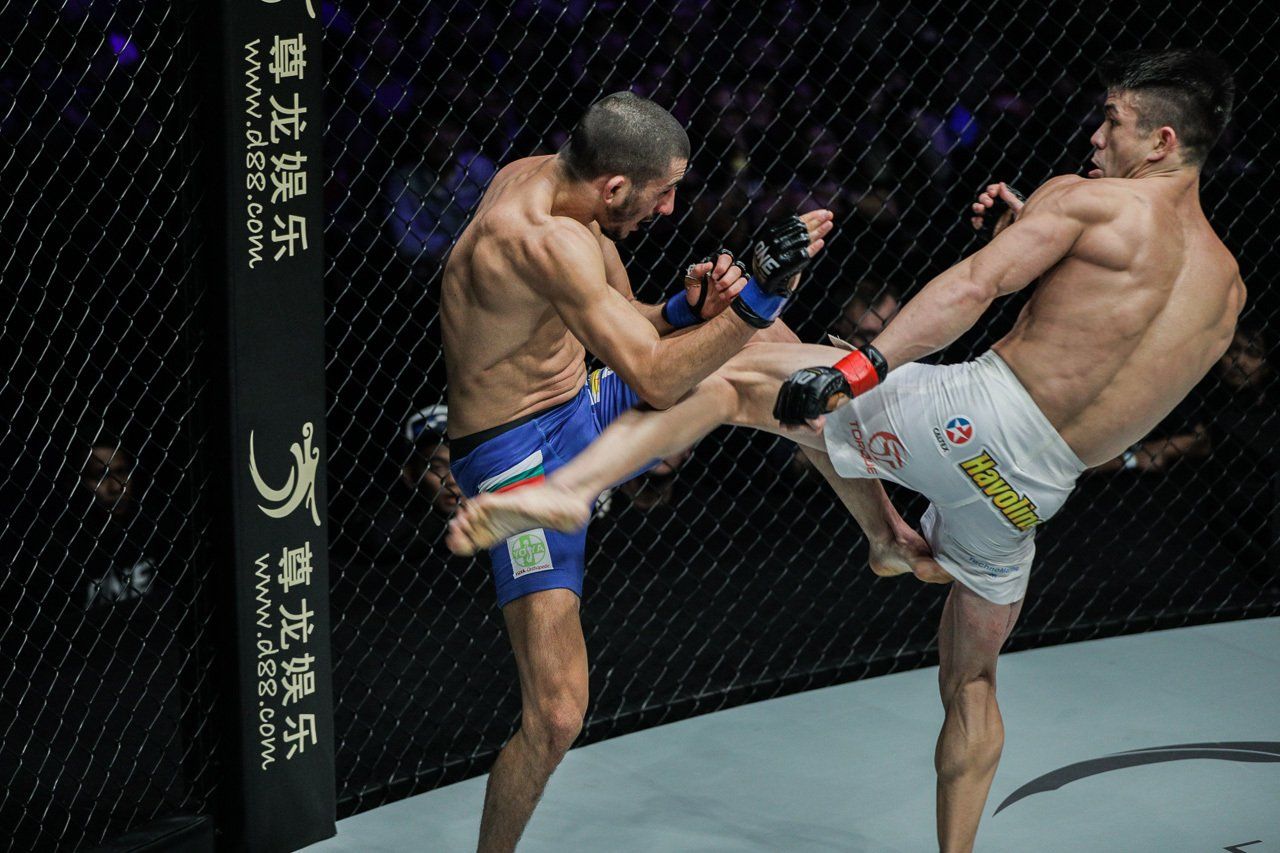 The second round saw Striegl earn top position on the ground with a headlock once more, but Kichukov was again able to escape and get up. On the feet, Kichukov successfully walked Striegl down, backing him against the cage with punches, before Striegl countered with another smooth takedown.

On the mat, Kichukov briefly threatened to set up a triangle choke and an arm bar, but Striegl defended nicely from inside the active full-guard.

Kichukov came out firing to start the third and final round, with punches and kicks that landed. Striegl responded once more with a takedown, a minute and a half into the period. Kichukov had the presence of mind to try and get back to his feet, but was forced to settle for full guard.

Throughout the rest of the round Striegl capably shut down stand-up attempts from Kichukov with good head position and hip control. Time in the fight ran out with Striegl on Kichukov’s still on the mat after Kichukov had given up his back while trying to get up off the canvas.

In the end, all three ringside judges scored the contest in favor of the stifling Evolve MMA fighter, and Striegl’s record improved to 15-2. With his loss, Kichukov’s career mark dipped to 13-5.