Priscilla Hertati “Thathie” Lumban Gaol mounted a last-minute attack to score a victory in front of her compatriots in Jakarta, Indonesia.

The hometown hero used her counter-strikes and a late rally on the ground to earn a unanimous decision win against Bozhena “Toto” Antoniyar in their atomweight clash on Friday, 25 October at ONE: DAWN OF VALOR.

In the opening round, Lumban Gaol’s bouncy wushu stance contrasted with Bozhena Antoniyar’s boxing footwork. Their offensive attacks were just as different, too. “Thathie” used her side kicks to halt her rival’s forward motion, while the Bali MMA representative threw hard punches mirroring “the sweet science.”

Midway through the round, the Indonesian sent “Toto” to the canvas with a well-timed kick – but then she landed an illegal strike and received a yellow card from the referee. The Myanmar native recovered, took Lumban Gaol to the canvas when action resumed, and then she came close to finishing her opponent with a rear-naked choke with only seconds left in the round.

Both women spent much of the second stanza on their feet. Showing her boxing pedigree, the Myanmar athlete charged in with right hands to the body and left hooks to the head of the Indonesian. 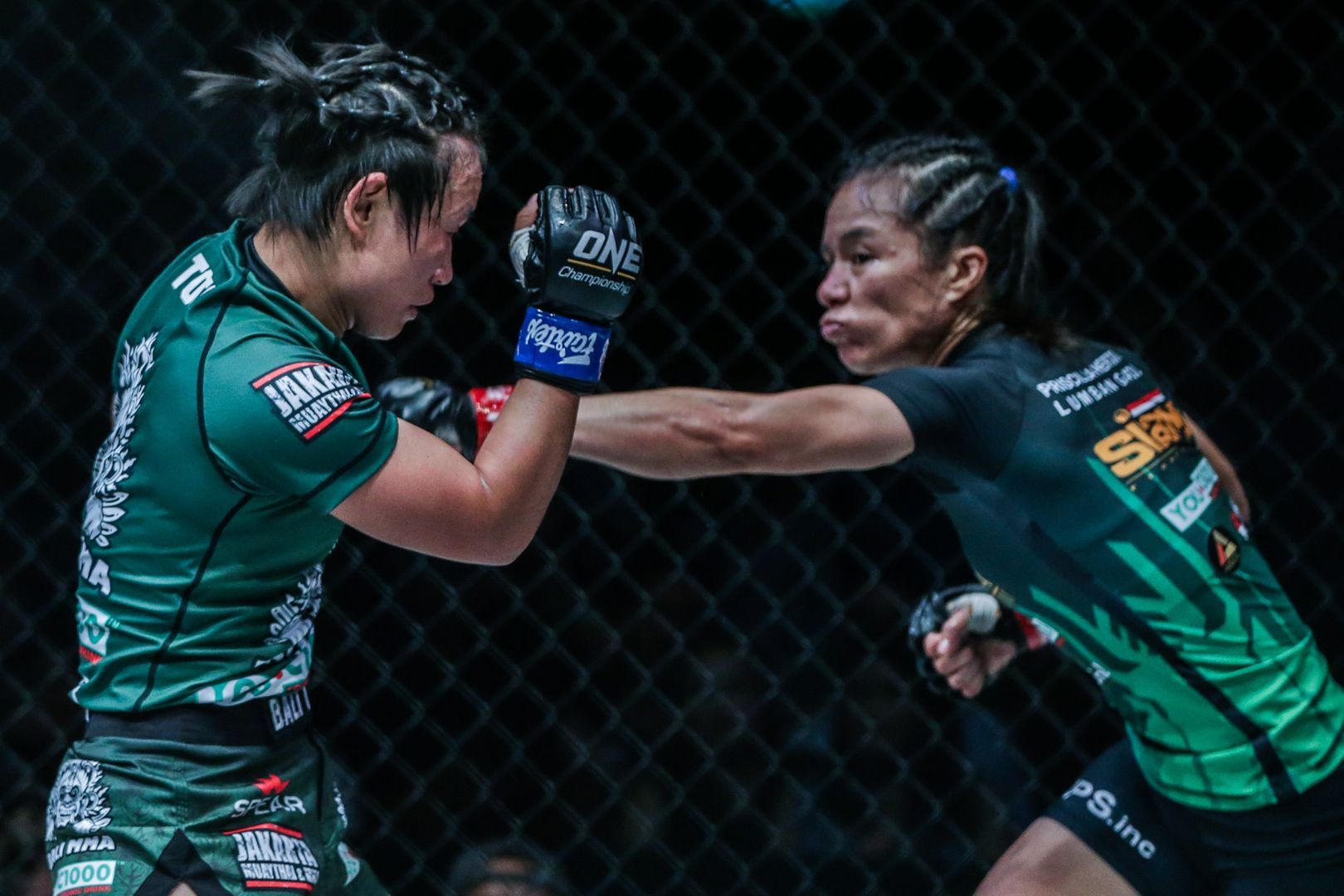 “Thathie,” on the other hand, kept her opponent off with push kicks and landed a darting left hand to the chin of Bozhena Antoniyar. The frame ended after some of the bout’s most exciting stand-up exchanges, including a head kick from the Jakarta native and a clean one-two from the Bali MMA-trained athlete.

In the third and final round, “Toto” looked for a big right hand and forced the Siam Training Camp representative backward. Lumban Gaol attacked with low kicks and counter punches until a well-timed trip earned her a takedown.

The Indonesian hero chipped away with punches to the head and body of Bozhena Antoniyar, all while trying to advance her position. However, in the waning seconds of the match-up, she became even more aggressive with her strikes and rained down some elbows. It was razor-close, but the Jakarta native got the unanimous decision win in front of her fans, friends, and family, and pushed her mixed martial arts record to 7-4.