Liu Peng Shuai does not plan to be inside the ONE Championship cage for long on Friday Night, but he does plan to control the action while he is in there.

The Chinese flyweight prospect will look to make quick work of his opponent, Sim Bunsrun, at ONE: AGE OF DOMINATION, which broadcasts live from the Mall Of Asia Arena in Manila, Philippines on 2 December.

“I will use what I have to put on a clinic in this fight,” the 20-year-old says. “I will go full out to end it in the shortest time possible.”

Though Bunsrun started his MMA career with three consecutive losses in 2013, he took two years off and returned with a vengeance. The Cambodian Top Team dynamo rattled off a first-round submission victory at ONE: KINGDOM OF KHMER last December, and upended Veerayuth Priyoporn at Full Metal Dojo’s Bangkok show earlier this March.

Despite his rebirth and his much improved ground game, Liu is not concerned about the battle hitting the floor.

“I am not worried about him taking this fight to the ground,” he says. “I like to control the rhythm and end fights on my terms, always.”

Liu always desired a sense of control. Raised in the small town of Zhoukou, located in China’s Henan province, Liu is quick to admit he was not an angel growing up. He received poor grades, and for disrupting class, teachers embarrassed him by forcing him stand as a form of punishment.

Even worse, he got beaten up by a bully. That led to an idea and a whole new journey.

“As a student, I got in a fight with my classmate one day,” he recalls. “After that, I arrived at the idea that training in kung fu might be a good idea.” 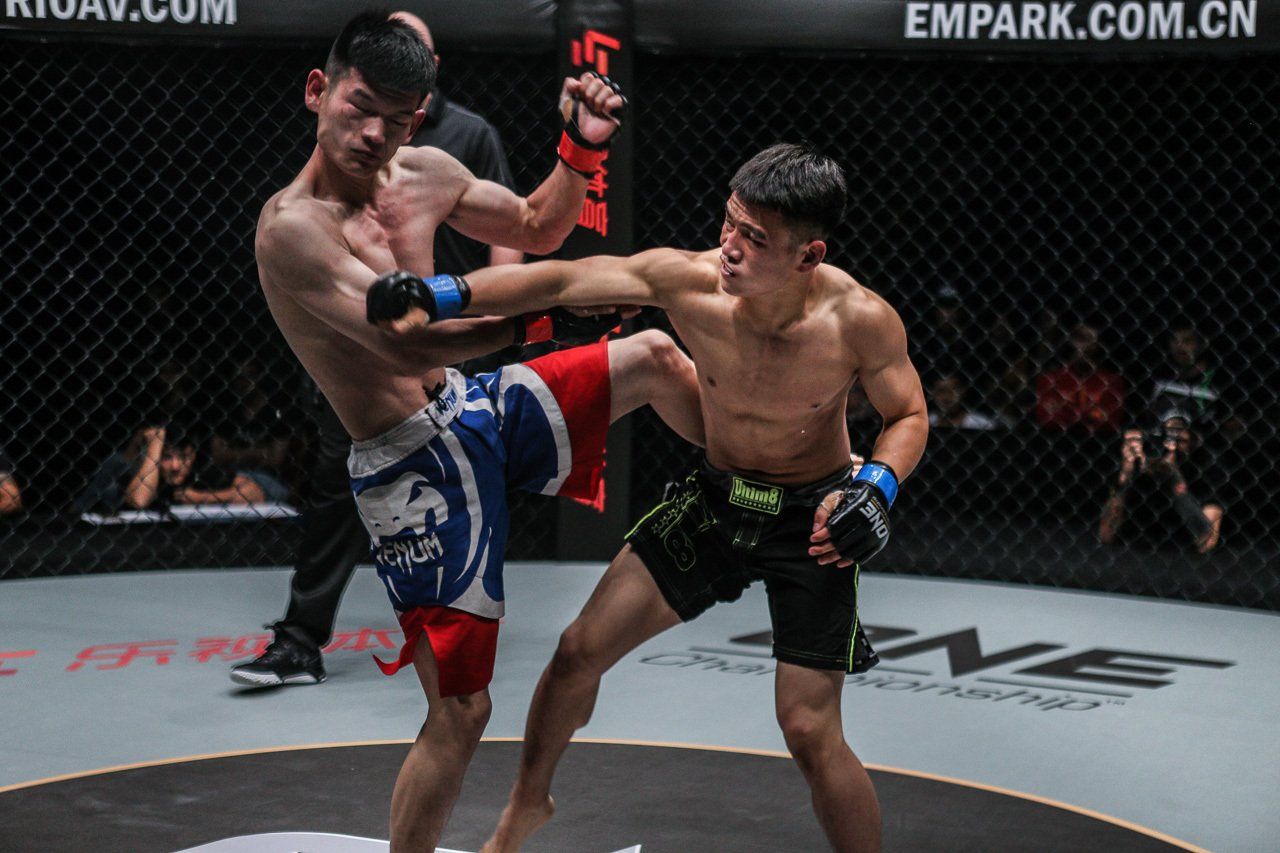 Not only was it a good idea, but it was a springboard. Liu began training in kung fu in 2010, but a year later he turned to sanda, seemingly the base discipline of choice for most of China’s cage warriors. He competed as a youth in sanda for a couple of years, and although he was not too successful at that particular martial art, he used it to transition into mixed martial arts.

Liu feels more connected to MMA than any other martial art competition he has entered, expressing that he feels better suited for it. The flyweight’s initial foray into the sport further cemented that logic.

“My first MMA fight was an amateur MMA event. Before the fight, I felt nervous, excited, and was really focused on my opponent,” he explains. “When I fight, I am focused on finishing my opponent as soon as the fight starts until it is over.

“Now, whether I win or lose, I always reflect on the experience, evaluate my strengths and weaknesses, and come back stronger.”

Liu left his home province of Henan for big city life in Beijing, and trains at the Fighting Bros Club. Under the careful eye of former Legend FC Bantamweight Champion Yao “The Master” Honggang, he has been systematically adding an assortment of skills to his repertoire and has further rounded out his game.

So far, the prospect holds a startling 4-1 record, and he has looked explosive in each of his ONE showings. Nearly five months ago in July, he participated in a one-night flyweight tournament at ONE: DYNASTY OF CHAMPIONS, and was absolutely sensational.

He was able to TKO Guan Jun Li just before the first round ended, and then delivered a 59-second highlight reel knockout to Zhang Nan Yan in the final to become the ONE Hefei Flyweight Tournament Champion.

“The first time I fought for ONE, I felt like a newborn cow with no fear of tigers,” he says of the experience. “When the event ended, I thought about how I could grow into an even better fighter.” Liu wants to continuing building upon his reputation for putting on exciting fights, all while maturing as a martial artist and leaving a mark on the sport he loves.

“When I step onto the canvas, I want the fans to be glued to the cage knowing I may end the fight at any second,” he says. “I tell myself that I need to cherish the moments when I am still able to fight and make something of myself through MMA.”

It appears as if everything is falling into place for the young lion. He was never the best student, he was never the most liked by his peers, and he was never that great when performing at sanda competitions. Now he has found his calling, and for that he is eternally grateful.

“MMA has changed my life a lot. I do not know where I would be without it. I have never even thought of it,” he admits. “Combat sports has developed my strength, perseverance, and gives me a sense of responsibility. I really just want to fight every fight to my best ability.”