It did not take long for Lito “Thunder Kid” Adiwang to make an impact in ONE Championship.

After three consecutive wins in Rich Franklin’s ONE Warrior Series, the Filipino earned a contract to compete on the main roster.

“Thunder Kid” would continue his phenomenal run of form on the global stage, as he secured two thrilling first-round victories over Senzo Ikeda and Pongsiri “The Smiling Assassin” Mitsatit.

Those exploits have made him the #5 contender in ONE’s strawweight rankings, but Adiwang is far from satisfied.

“All of [my fellow ranked strawweights] are good challenges,” he says. “As someone who’s in the bottom of the rankings, I have to prove myself.”

When it comes to his preferred next opponent, “Thunder Kid” has a specific name in mind.

“I want to test my ground game against an elite grappler, and that guy is [#2 strawweight contender Yoshitaka] Naito,” Adiwang says.

“He’s an excellent grappler, and you know he will try to force you to play his game on the ground. That’s why it’s a perfect test for me.” 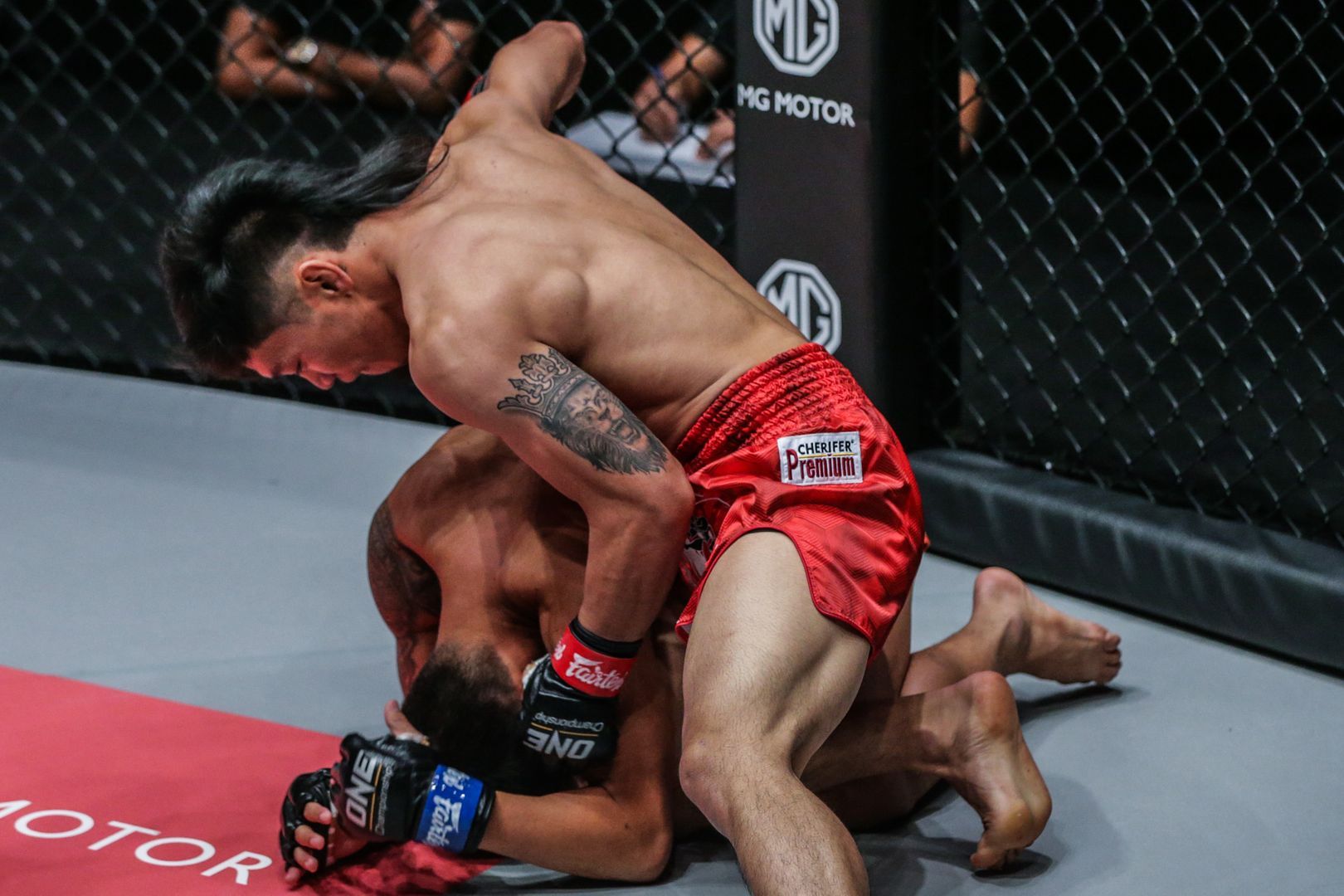 The former ONE Strawweight World Champion has long been a staple in the division, and a victory over him would do wonders for the 27-year-old Baguio City native’s career.

Adiwang knows a match-up with the Japanese star would be a challenge, but he believes he can get the job done.

“As always, I feel like my advantage against Naito is my strong mind,” the Filipino says. “Every time I enter the Circle, I always put in my mind that I’ve already won. I just need to put in the work.

“One advantage he has over me is his experience, as he has fought many times already in the Circle and he knows how to win.”

Beyond his personal ambitions, “Thunder Kid” also wants to make a point on behalf of Team Lakay.

While the camp is one of the most respected mixed martial arts gyms in Asia, many pundits still question whether its athletes are capable of competing on the ground against the top grapplers in the world.

“I want to prove to everyone that we in Team Lakay are not just strikers and that we continuously work on our ground game,” Adiwang explains.

“I want the fans to appreciate the hard work that we’re putting in each day to improve our skills on the ground. I won my last two fights via submission, but there are still a lot of negative comments saying that I only won on the ground because I took on strikers.”

On that note, Adiwang is fully expecting to beat Naito at his own game if they do meet in the Circle.

“I am confident with the hard work that I put in,” the Filipino adds. “And I am confident I have what it takes to submit a submission artist.”