Kevin “The Silencer” Belingon took a huge risk at ONE: HEROES OF HONOR on Friday, 20 April.

ONE Championship Chairman and CEO Chatri Sityodtong revealed prior to Friday night’s main event bout that Belingon had already been offered a rematch against reigning ONE Bantamweight World Champion Bibiano “The Flash” Fernandes.

All the Filipino hero had to do was wait for Fernandes to recover from injury, and the world title shot was all but guaranteed. Instead, the proud Igorot warrior chose to put it all on the line in a high-risk contest against Bali-based American Andrew Leone.

The two met at ONE: HEROES OF HONOR, which took place in front of Belingon’s countrymen at the Mall Of Asia Arena in Manila, Philippines. With the crowd firmly on his side, the Team Lakay veteran delivered his most exciting victory to date, as he obliterated Leone to win by TKO in the second round. 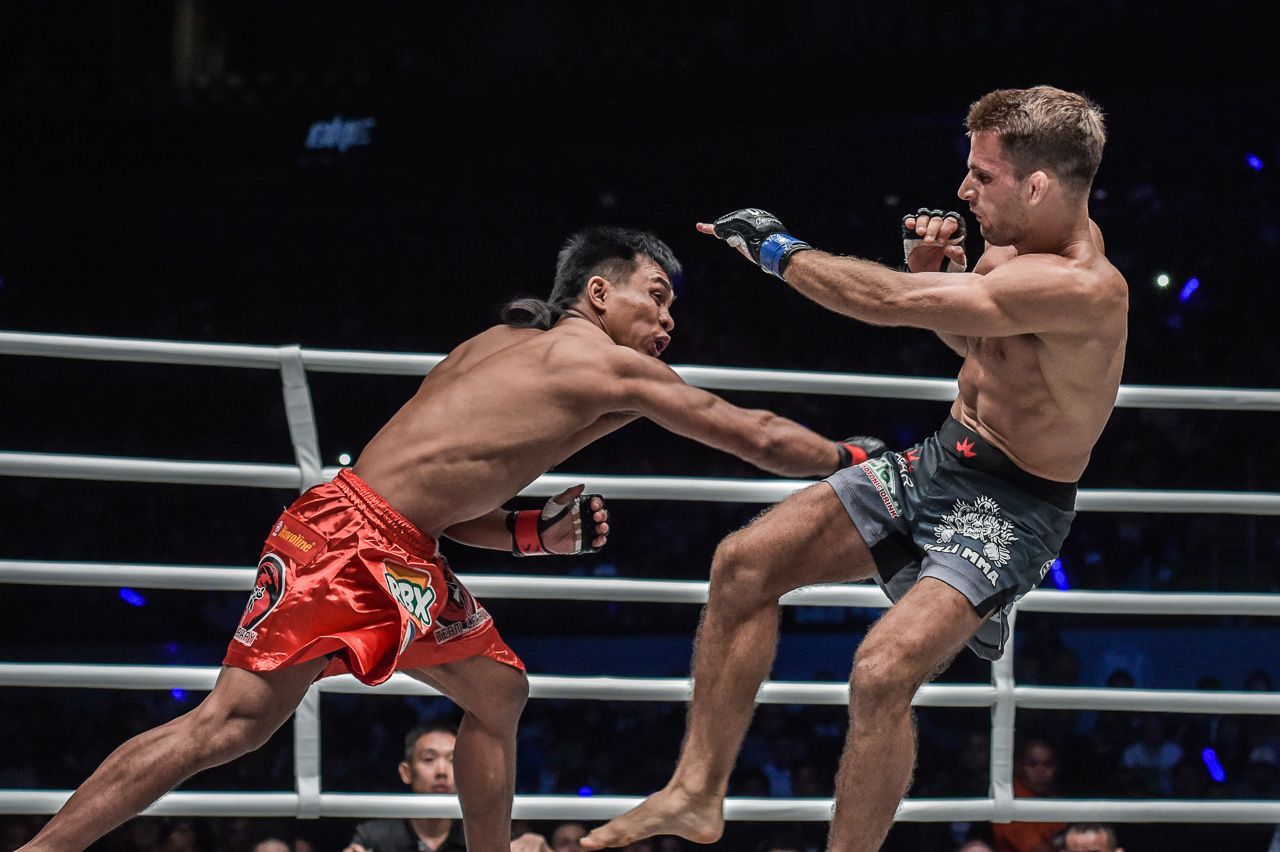 Once the bell sounded to begin the contest, Belingon stormed out of the gates looking to engage, which has become a trademark staple for the Baguio City resident. He swarmed Leone with fiery combinations, landing punch after punch as his adversary covered up.

When Leone attempted a takedown, the Filipino effortlessly sprawled, and rendered the American’s wrestling ineffective. He continued his onslaught, and stalked the American to no end.

Known fondly as “The Silencer,” Belingon did anything but silence the crowd, who offered an unending stream of loud cheers each time he connected with significance.

Surprisingly, Leone was able to survive the first round. He limped towards his corner, bruised and battered into near-submission. The proud American would not give up, however, as he answered the call for round two. 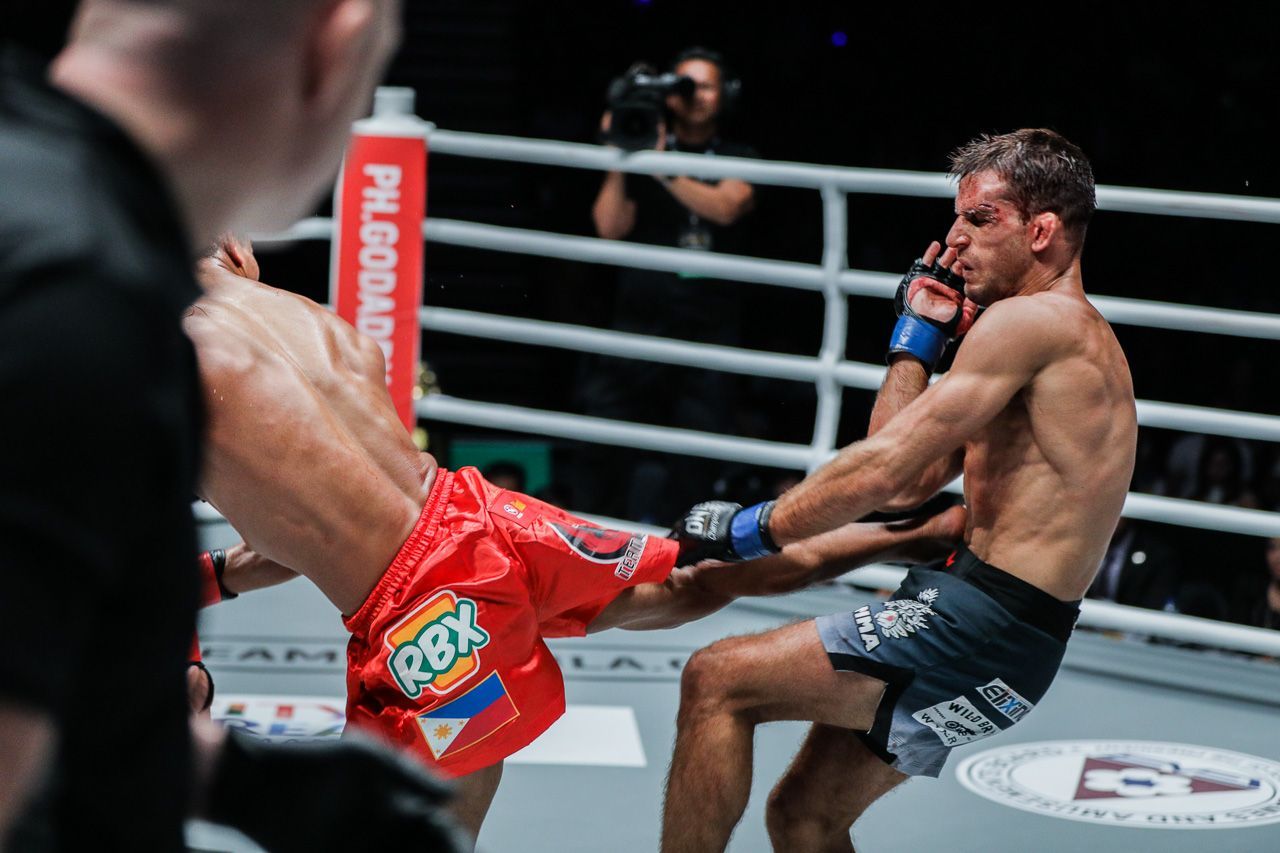 Just a little more than a minute into the second frame, Belingon uncorked a ferocious spinning wushu sidekick that exploded on Leone’s midsection. The flashy strike sent the American flying across the canvas in pain.

Sensing the finish, the local hero jumped on his opponent, and proceeded to unleash a relentless torrent of ground and pound.

Referee Olivier Coste called a halt to the contest at 1:27 of round two, awarding Belingon the victory, and the “GoDaddy Knockout Of The Night.”

“I feel great,” Belingon said in his post-victory interview with Mitch Chilson. “He kept on stepping back, so when I saw the opening, I unleashed that kick.” 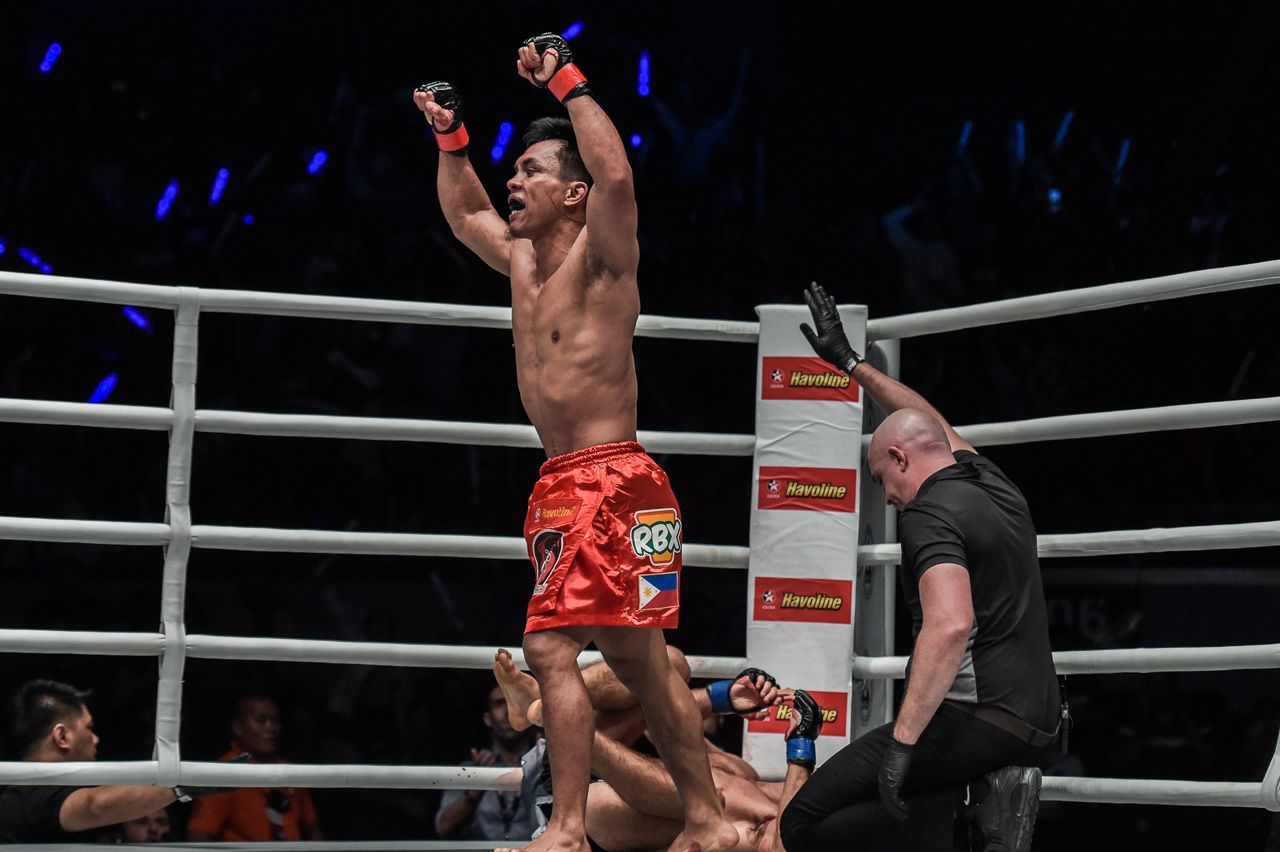 Belingon, who has never lost sight of his ultimate goal, definitively earned a much-sought after rematch with Fernandes. The victory over Leone ensures that the next time the Filipino steps onto the battlefield, it will be for the ONE Bantamweight World Championship.

With the win, he improves his overall record to 18-5, and scores his fifth straight victory. Leone, meanwhile, sees his record drop to 8-4, and will go back to the drawing board.