Kazunori Yokota is one of the most decorated mixed martial artists in Asia, but this coming Saturday Night, 14 January, the former ONE Featherweight World Title contender is on a collision course with the future.

The Japanese veteran will meet a rising star in Martin “The Situ-Asian” Nguyen at ONE: QUEST FOR POWER, which takes place at the Jakarta Convention Center in Indonesia.

This pair of exciting featherweight competitors could not be further apart in terms of their careers to date, but they share a common desire in the immediate future, and that makes this exceptional bout so intriguing.

With both men having suffered defeat at the hands of ONE Featherweight World Champion Marat Gafurov already, they must win in Jakarta for a shot at revenge. For Nguyen, it would be the realization of his burgeoning potential. But for Yokota, it would likely be one of his final victories before etching farewell words on the pages of his career in combat sports.

“Even though I have become the top fighter in Japan, I am still just a regular person,” the 38-year-old mused on his life in MMA. “I am just living, doing what I love.”

After being inspired by his fellow judokas competing in Japanese MMA in its heyday, he was enchanted by the the crowds, the bright lights, and the acclaim that came with such competition. However, he remains humble when asked about his successful 34-fight career, which has yielded him a 25-6-3 record, including reigns as the DEEP Featherweight and Lightweight Champion.

“I trained hard, so results just followed,” he stated simply. 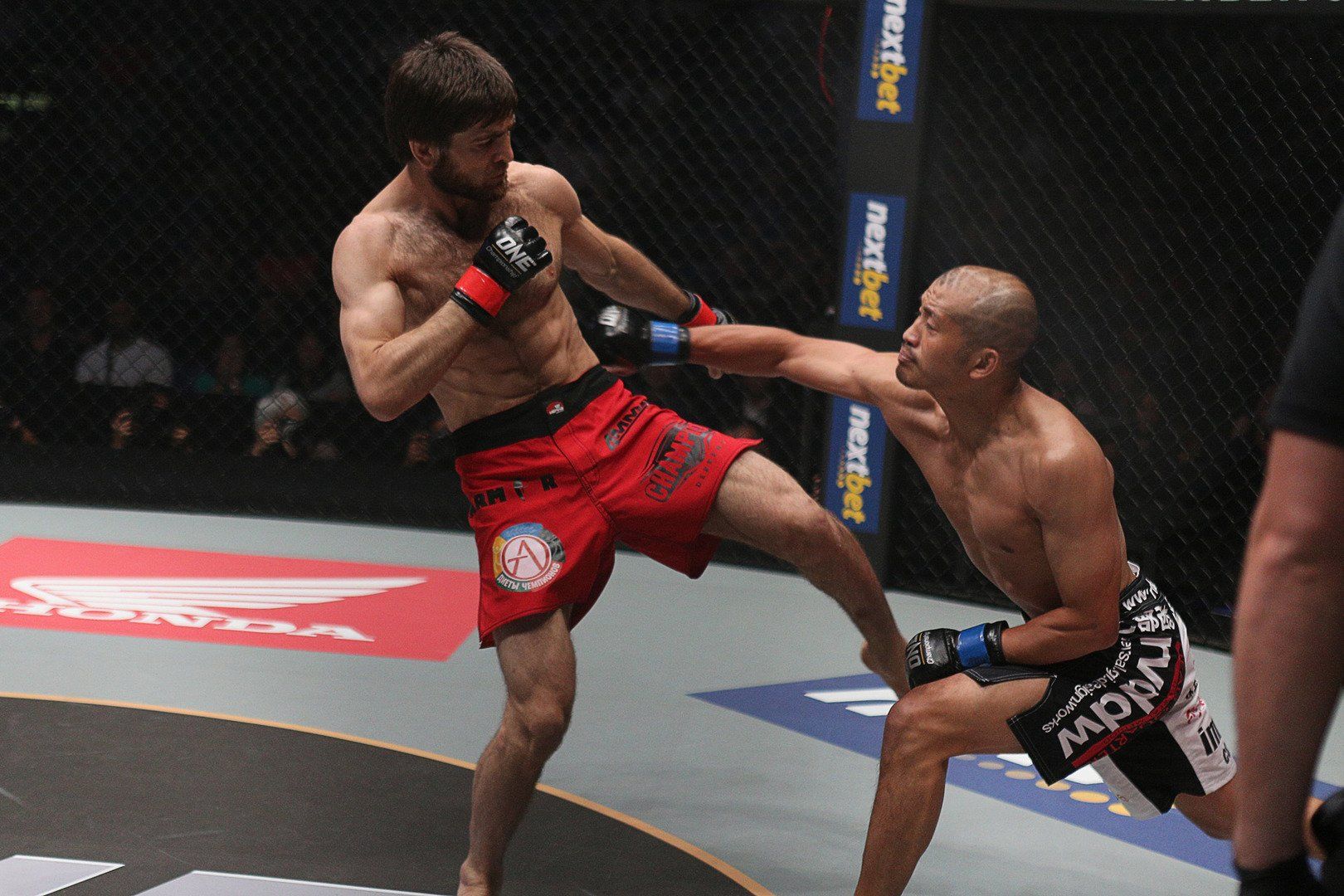 There is no doubt he is amongst the world’s elite in his weight class, and that is why he was offered the opportunity to come straight into the fold at ONE Championship with a shot at the title. The matchmakers respected his skill and experience, and saw him as a fitting challenge for the ONE Featherweight World Champion Marat Gafurov.

“I had a good impression of ONE,” he says. “Also, I wanted to fight abroad, so it was a good match.”

Yokota relinquished the DEEP Featherweight Title, brought his 13-fight win streak to ONE, and jumped at the chance to battle Gafurov for the belt at ONE: KINGDOM OF CHAMPIONS last May. Though a formidable challenge, the Chiba, Japan, native succumbed to a rear-naked choke in the second stanza.

He feels he came unstuck when faced with ONE’s anti-dehydration protocols. There are not many things that a veteran of 12 years has not seen, but this was new to the seasoned veteran, and is part of the reason he believes he was submitted for the first time in his career.

“Marat (Gafurov) was a great fighter,” Yokota says, giving credit to the man who defeated him. “I had trouble dealing with the hydration tests, but now I am used to it, so I want to challenge him again in a better condition.

“This time, I will be prepared more,” he continues, showing that the learning curve and adaptation process never stops, no matter how long one has been in the game. As long as the sport continues to adapt and evolve, so must its athletes. 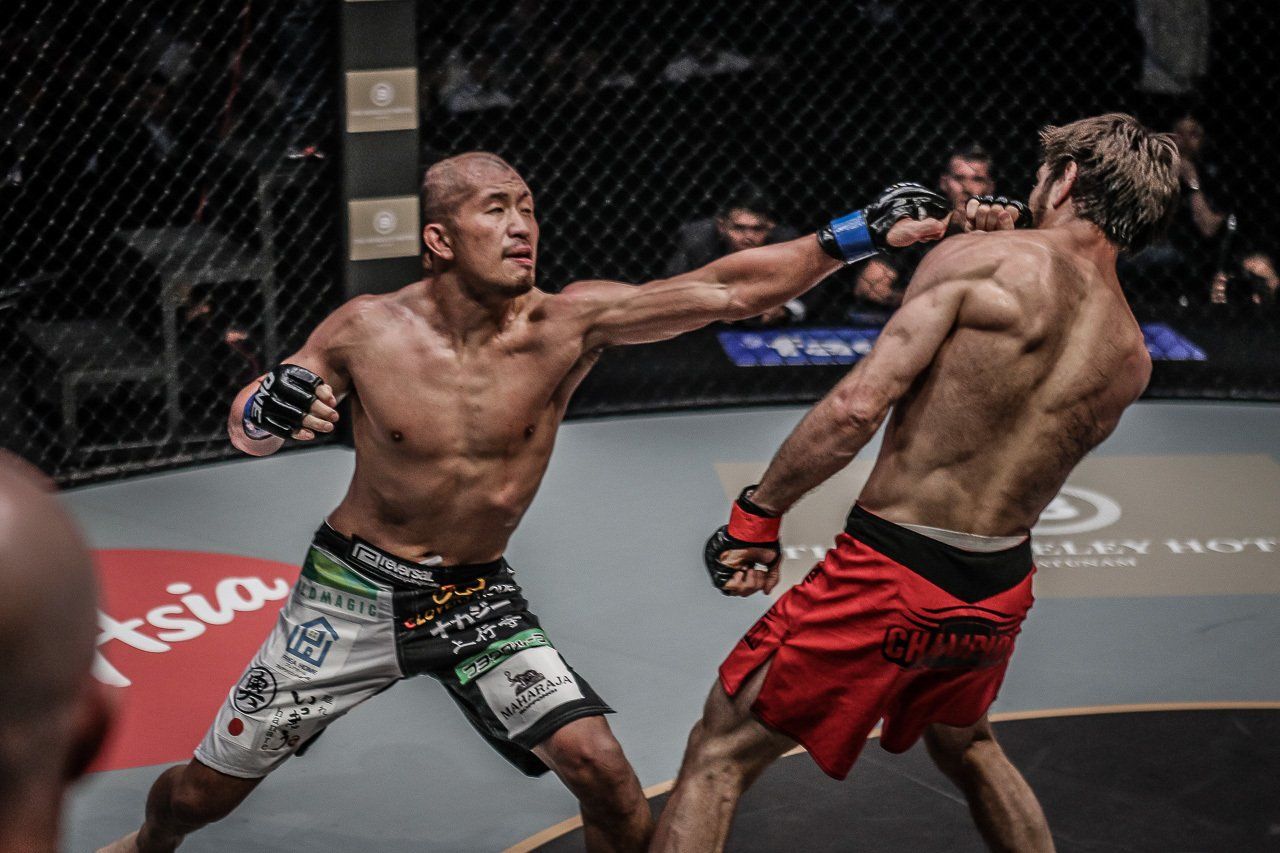 Now making his second appearance in the promotion, it is Yokota’s chance to show ONE fans just what he is capable of, after delivering in front of the Japanese fans for over a decade. Standing before him is a hungry, ambitious fighter who is a decade his junior.

This can work both ways, as seen in the past. Enthusiasm versus experience. Hunger versus wisdom. It will all play out on the night, but the Chiba resident believes the cards are in his favor.

“He is still not a sophisticated fighter, still young. His techniques are rough,“ Yokota says of his next opponent.

Rough they may be, but with a 100% finishing record in victory, Nguyen comes to blast his opponents and put them away. Admittedly, though, the level of opposition they have faced has not been equal. With victories over internationally-recognized names such as Leonardo Santos, Masakazu Imanari, and Michihiro Omigawa to his credit, Yokota can say he has been in with, and beaten, the elite.

The only question is whether having one eye on retirement can take your focus off the immediate threat.

“My career is heading towards the end,” he admits, which is no surprise given the years he has had in the game. “This fight I must win. There will be nothing left if I lose.“