“The Kazakh” defeated Chinese National Wrestling Champion “The Southern Eagle” Ma Hao Bin via unanimous decision at ONE: CONQUEST OF HEROES at the Jakarta Convention Center on Saturday, 22 September.

Akhmetov completely dominated “The Southern Eagle” throughout the opening round, as he overwhelmed his 24-year-old opponent with his world-class wrestling and grappling prowess.

The former World Champion caught a body-kick attempt from Ma, picked him up, and sent him crashing into the canvas with a spectacular spiraling power slam.

Once there, “The Kazakh” took control, progressed to mount, and dominated on the ground. Ma briefly looked to get back to his feet, but was powerfully taken down with another slam, as the former titleholder’s class shone in the first frame. 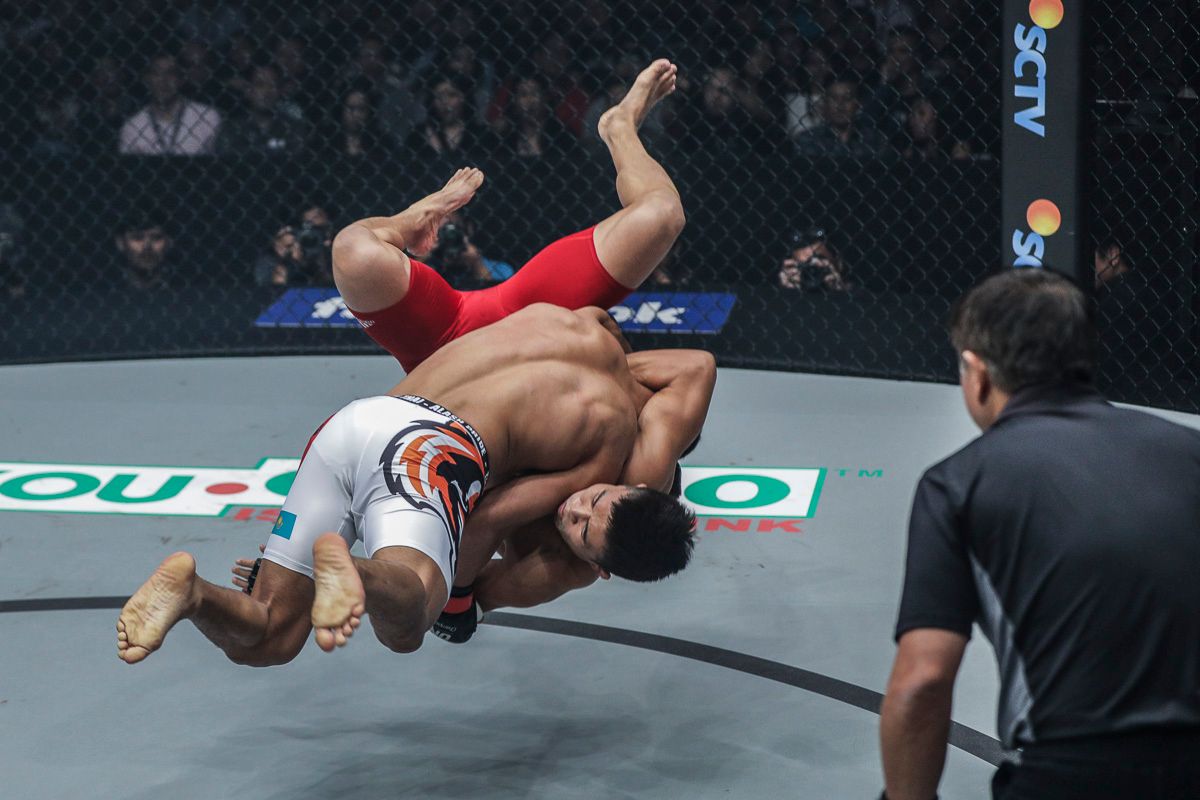 In the second round, Akhmetov picked up where he left off — he took “The Southern Eagle” to the canvas and immediately established his dominance.

Ma attempted a kimura from his back, but the submission attempt was easily shrugged off by the 30-year-old veteran, who had all the answers for his younger foe throughout the flyweight tilt.

Things went from bad to worse for the Chinese athlete when he was penalized with a yellow card by referee Yuji Shimada for repeatedly grabbing the fence, and an attempted guillotine off his back was comfortably dealt with by “The Kazakh.” 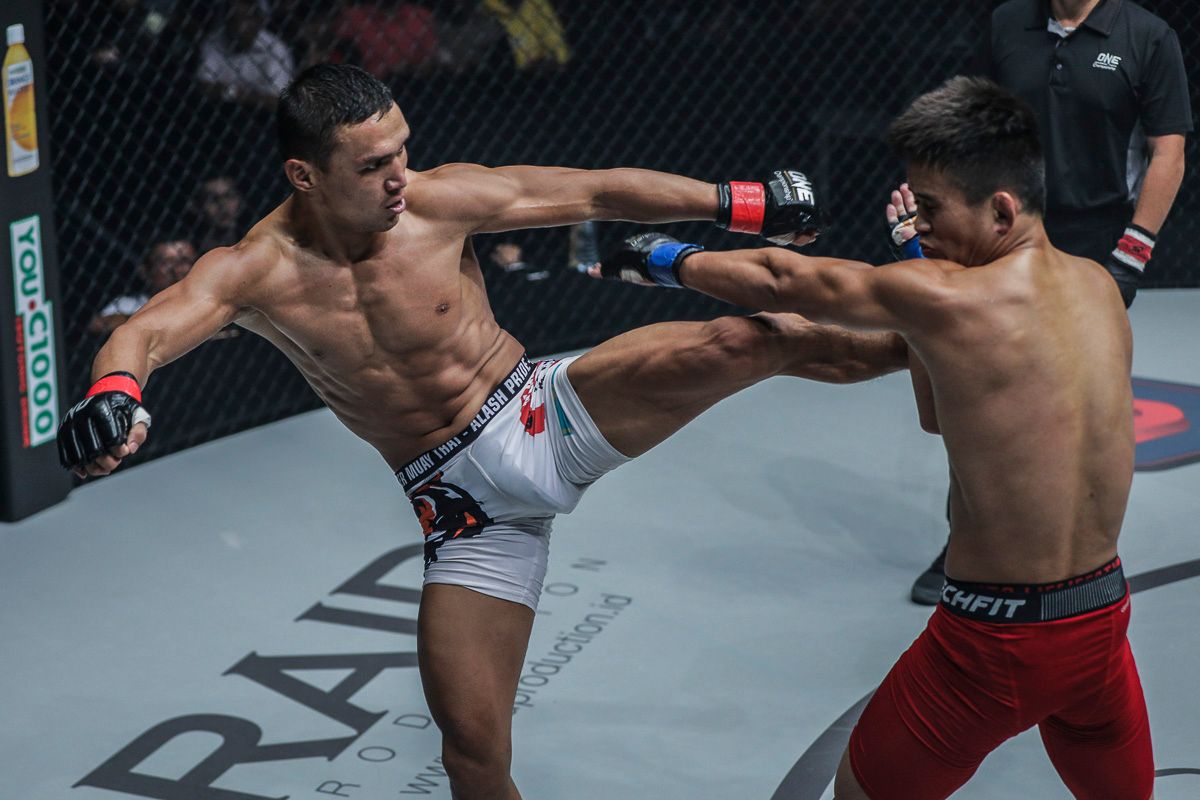 Akhmetov did not let up in the third round, as he once again took his man down and dominated from the top.

In the final moments of the bout, he put the exclamation point on his performance by picking up Ma and slamming him powerfully for the third time in the contest.

All three judges scored the bout in favor of “The Kazakh,” who delivered one of the most overwhelming three-round displays seen in ONE Championship this year. 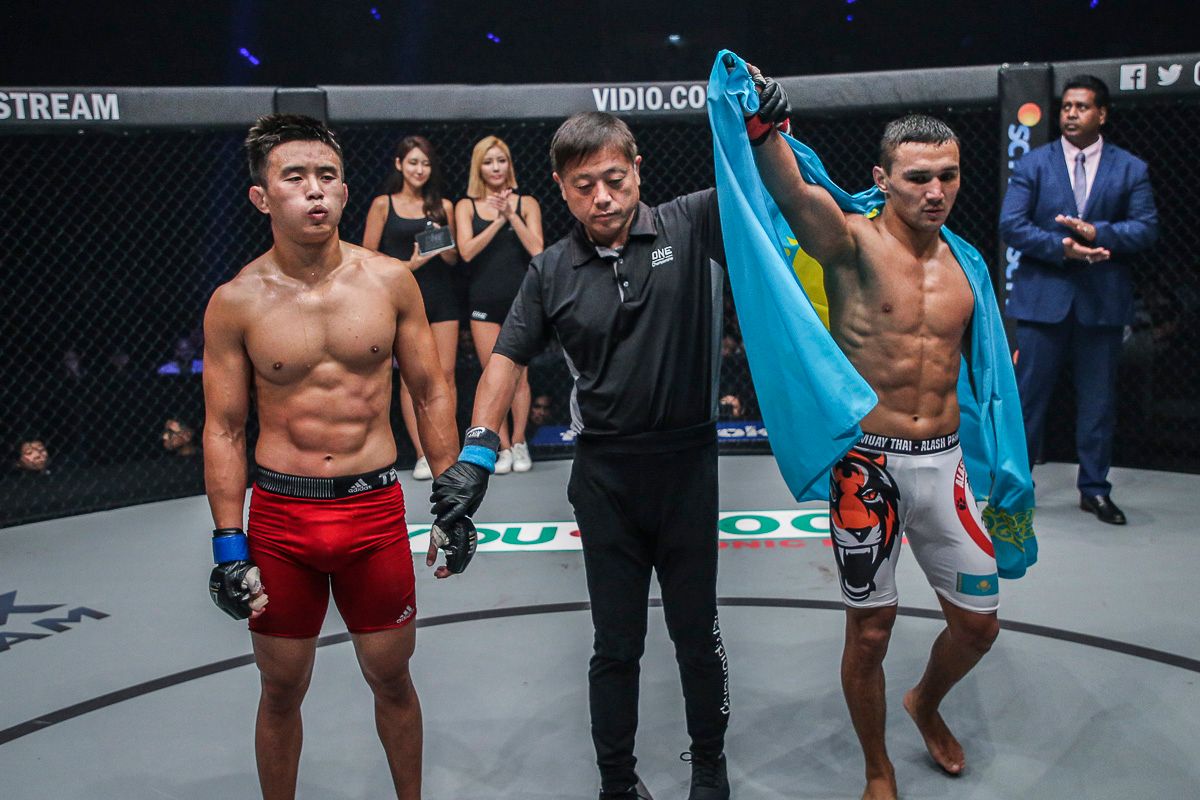 Akhmetov registered the 25th win of his career, and now, he will undoubtedly have his sights set on ONE Flyweight World Champion Geje Eustaquio for a potential trilogy bout.