Eduard “Landslide” Folayang is a pioneer of Filipino mixed martial arts, and his journey paved the way for the next generation of the country’s combat sports stars.

One of those stars is reigning ONE Strawweight World Champion Joshua “The Passion” Pacio, who will be watching closely when Folayang battles “The Warrior” Zhang Lipeng in the main event of ONE: BATTLEGROUND II at the Singapore Indoor Stadium on Friday, 13 August.

“Kuya Edward is special because he is the face of Filipino MMA. His name is the first name that was recognized when it comes to MMA here in the Philippines. He really is an inspiration to us,” Pacio says of his Team Lakay stablemate.

While Honario “The Rock” Banario was the first Team Lakay athlete to win a ONE World Championship back in 2013, Folayang took the sport to new heights when he defeated the legendary Shinya “Tobikan Judan” Aoki for the ONE Lightweight World Title in 2016.

ONE had grown exponentially at that point, and Folayang’s mix of skill, humility, and an inspirational backstory resonated strongly with fans. In fact, “The Passion” believes his 37-year-old compatriot played a major role in flipping opinions about mixed martial arts.

“The reason why [Folayang] changed MMA here in the Philippines is because he changed people’s perspectives about the sport,” the 25-year-old strawweight king says.

“Before, people saw MMA as a brutal sport full of blood and broken faces. But he got to introduce that this sport is also about discipline, attitude, and other core values of martial arts.”

With a bigger fan base and more legitimacy as an elite-level gym, it became easier for up-and-coming athletes from Team Lakay to make a living from the sport and truly commit themselves to full-time training.

That opportunity laid the foundation for three more ONE World Champions to emerge from the humble gym in Baguio City — Geje “Gravity” Eustaquio, Kevin “The Silencer” Belingon, and Pacio himself.

But while Folayang set the precedent and showed what it took to reach the pinnacle of mixed martial arts, his recent setbacks have led to retirement talk around the MMA community.

Still, “Landslide” insists he has more gas left in the tank and that he won’t step away anytime soon. It’s a decision “The Passion” fully supports.

“Kuya Eduard has his own plans, and the team has plans for him as well,” Pacio says.

“No matter what the critics say, the fact remains that they didn’t go through what Kuya Eduard went through. They haven’t experienced martial arts. The decision is still Kuya Eduard’s no matter what happens.

“I think he will still fight for two to four more years. At least that’s what I see, but everything is up to him because, at the end of the day, he’s the one who knows his health and his capabilities.” 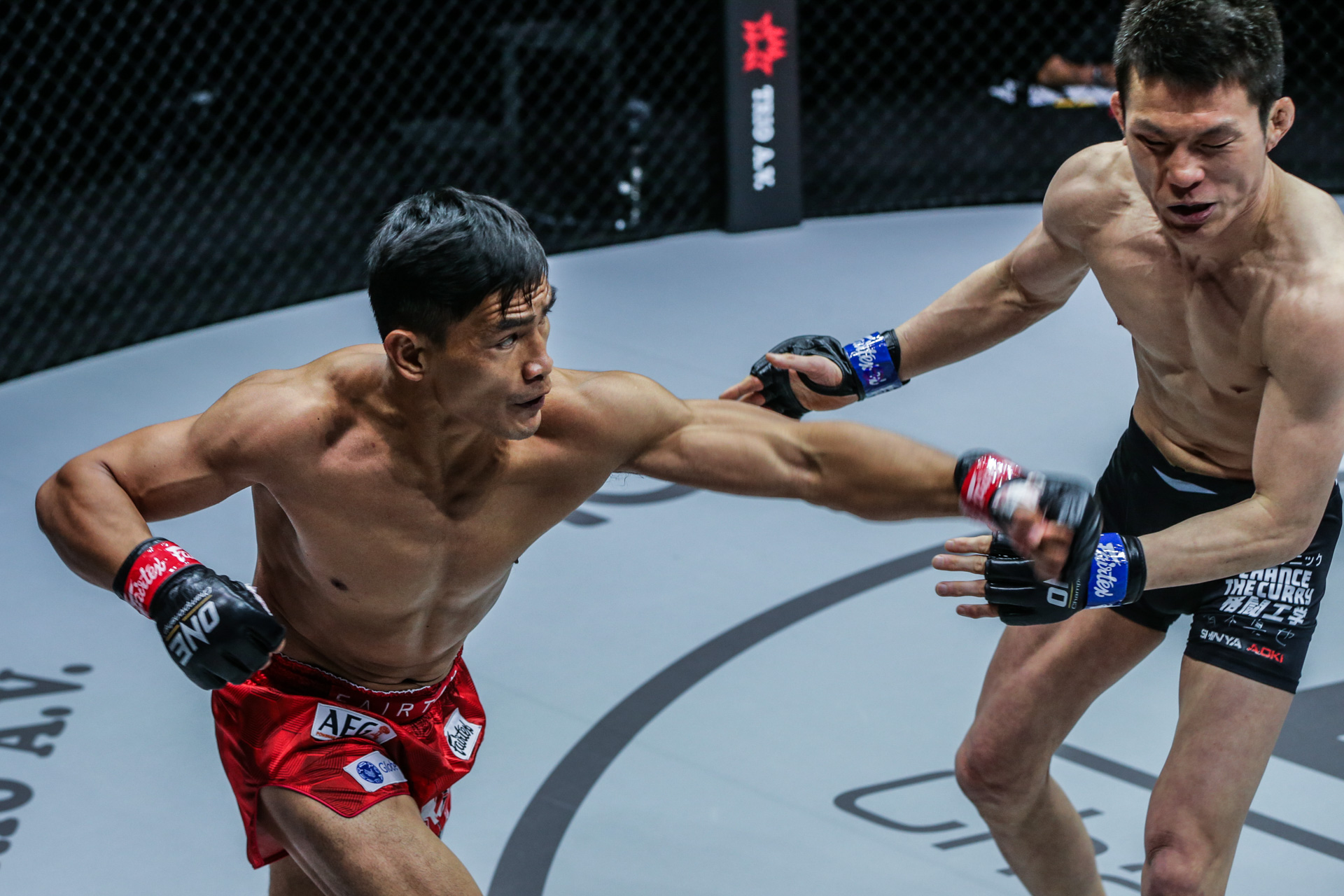 These days, “The Passion” is the only reigning ONE World Champion from Team Lakay.

But he believes Folayang’s own passion for the sport can take him back to the top – starting with a victory over the surging Zhang at ONE: BATTLEGROUND II.

“We all know that his goal is to win the World Championship again, so this is a very important fight for him,” Pacio says.

“This fight is a fight that he needs to win because this will be his first step towards that big goal of his. I am truly confident that he will be able to win. I [predict] that it will be via stoppage in the third round.”