Jihin “Shadowcat” Radzuan has revealed she is ready to put on a show for her compatriots at ONE: MASTERS OF DESTINY this Friday, 12 July.

The Malaysian hero from Johor Bahru will return to action in Kuala Lumpur against Jomary “The Zamboanginian Fighter” Torres in a bout that could generate more noise from the fans in the Axiata Arena than any other.

In four bouts in The Home Of Martial Arts, the 20-year-old has emerged as one of the hottest rising stars in mixed martial arts, and a fourth win in the atomweight division will propel her toward a World Title.

A little more than 24 hours before she was due to enter the ring, the wushu World Champion spoke with ONE Championship announcer Dominic Lau, and admitted she was not feeling great, but now her final obligations have been taken care of, she is fired up to perform.

“I’m feeling better after the final weigh-ins. I went out to have my lunch, and now I’m feeling energized and really energetic,” she said.

The Ultimate MMA Academy representative has made no secret of the fact she has asked for a match with Torres since late 2018, and after more than six months of waiting, she was delighted to get it.

Naturally, Jihin has worked with her team to hone her top-class striking and evolving ground game, and formulate a game plan to ensure she makes a big improvement on her last performance.

“I studied her with my coach, and I know that she’s a striker, but I cannot underestimate her ground game, so we’ll see tomorrow,” she said.

“This fight preparation has been more or less the same, but working more on my technique and skill. In the last fight, I was waiting a lot, so we tried something new.”

With millions of her fellow compatriots behind her, can Malaysian sensation Jihin Radzuan defend the pride of her nation when she takes on Filipina star Jomary Torres on 12 July?

With millions of her fellow compatriots behind her, can Malaysian sensation Jihin Radzuan defend the pride of her nation when she takes on Filipina star Jomary Torres on 12 July? ????: Kuala Lumpur | 12 July | 6PM | ONE: MASTERS OF DESTINY????: Get your tickets at ???? http://bit.ly/onemastersofdestiny19????: Check local listings for global TV broadcast????: Watch on the ONE Super App ???? http://bit.ly/ONESuperApp ????‍????: Prelims LIVE on Facebook | Prelims + 2 Main-Card bouts LIVE on Twitter

“Shadowcat” also talked about how excited she was to embrace her role as an inspirational figure for Malaysians at ONE: MASTERS OF DESTINY.

The 20-year-old is part of a wave of new, young talent from the country, and she hopes to remain at the forefront of that group with another win in KL on Friday.

“In Malaysia, this sport is new for [women], so I had my critics, but day by day, people have started to accept me, so I’m very proud to be a role model for the young generation and women out there.” 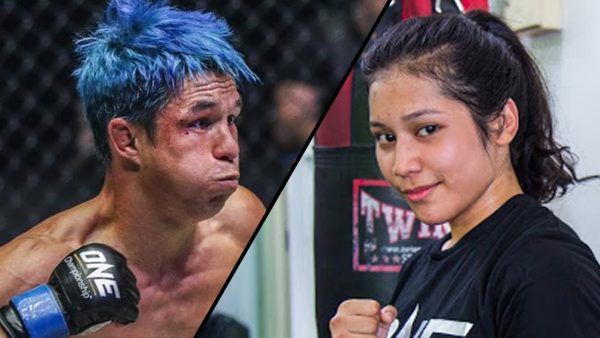