Jihin “Shadow Cat” Radzuan was under pressure to meet her fans’ expectations at ONE: MASTERS OF DESTINY, but she exceeded them in style.

The 20-year-old Malaysian put on the performance of her career to finish Jomary “The Zamboanginian Fighter” Torres with a first-round triangle choke in front of a raucous home crowd.

It only took a little more than three minutes to get the finish, but the Johor Bahru native had to show skill and resilience to get her hand raised.

The wushu World Champion had to survive some jaw-dropping slams from her rival, and then persist with her grappling offense when it seemed like the Filipina would not tap to anything she was caught in.

Following the fifth victory of her career – and her fourth in ONE Championship – Jihin reveals what it took to pass her latest test, and what her success means to her.

ONE Championship: How did it feel to get a finish in your return to action and in your home country?

Jihin Radzuan: This is my fastest finish in ONE Championship. I’m quite happy with the win, we’ve been drilling a lot on these armbar and triangles from the back, guillotines and stuff.

One of the techniques we’ve been drilling was that exact submission, so it feels like we’ve just hit the jackpot! 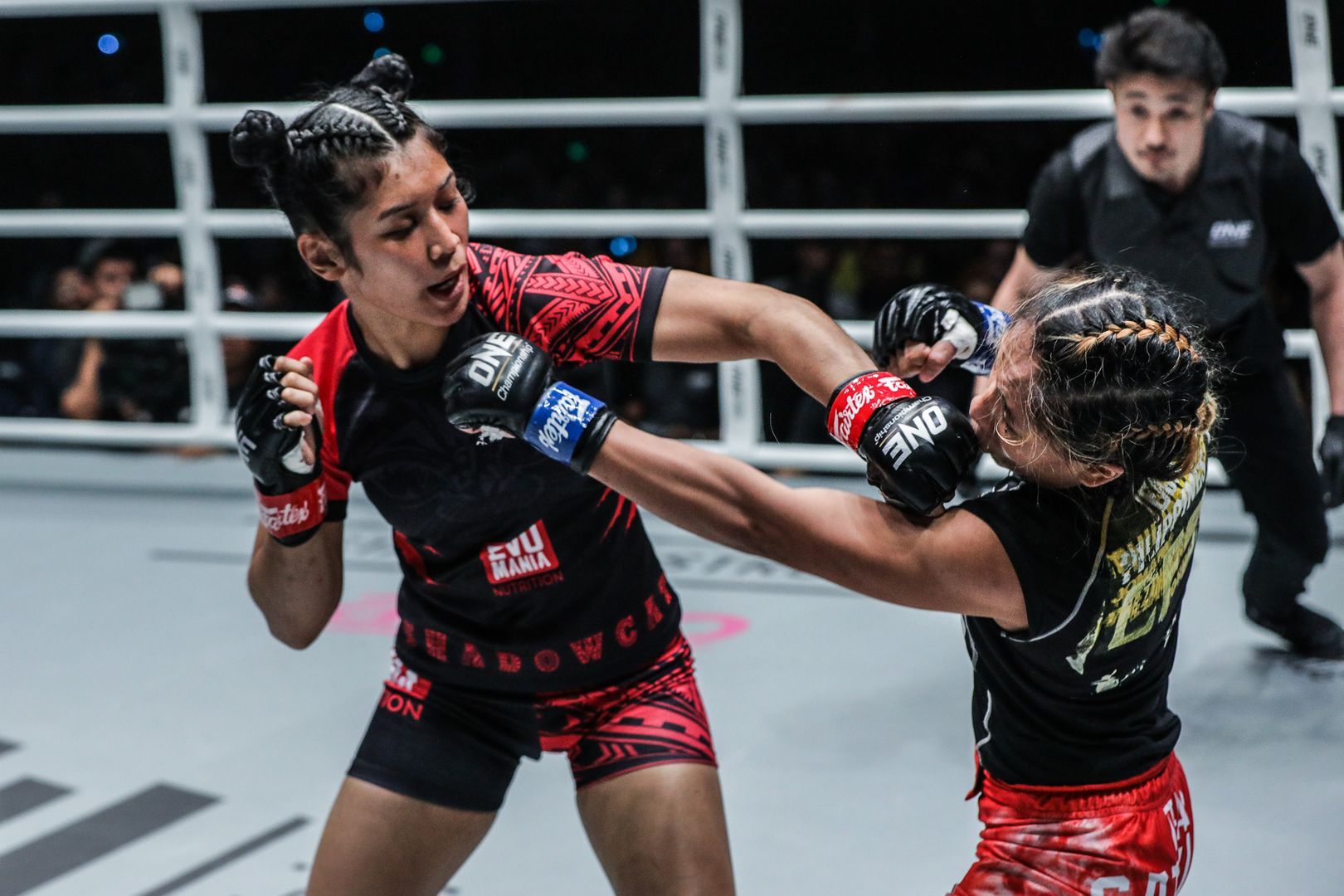 ONE: How close were you to finishing with the armbar?

JR: The first armbar I attempted on her was very [tight], I could hear the crack from her elbow. It was very loud too.

My credit goes out to her, she was very tough. I was trying to extend it when I heard the loud crack, but she was very strong, and after a while, I felt as though the armbar was getting loose too.

ONE: When that failed, did you consider changing the plan to try and defeat her on the feet?

JR: I thought about standing up, but at the same time, I had the triangle choke at the front of my mind.

I saw her lips turning purple, so I decided to hold it for a while because I was certain she was going to tap later. 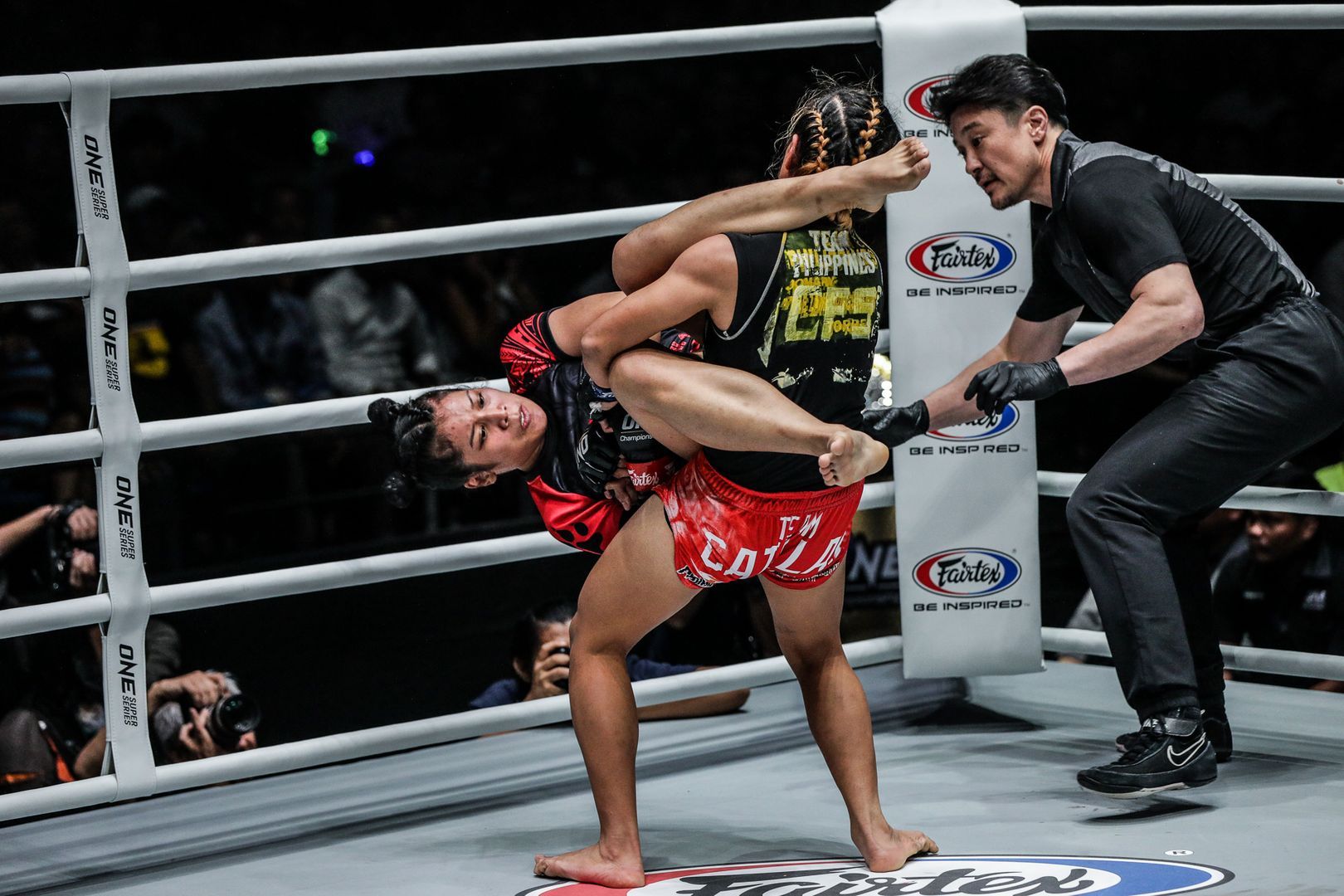 ONE: Were you worried you would expend too much energy by over-committing to the submission?

JR: My coach and I already envisioned how this whole fight was going to be – it was exactly what we thought it would be. We were aware of her strength, but I knew if I kept it tight, I was going to get the finish.

In fact, I think she was the one who gassed out first because when she started slamming me on the ground, I had more room to get my submission in tighter.

ONE: Your coach, Melvin Yeoh, said you wanted to go for a tarantula submission. Did you get the opening to do so?

JR: Actually, I had the position to do so. I was on her back, and I tried to slide my legs in, but then she managed to get me off, but that resulted in the first armbar [attempt]. ONE: How did you survive those slams?

JR: Actually, the theory of surviving these slams is to not get your head hit. It’s easy, but a lot of athletes forget to do this when they’re caught in a similar situation.

I just kept my body curved like a ”C,’ so when she slammed me down, I didn’t feel a thing. It was not even a bit painful.

ONE: If the impact was greater, do you think you would have released that submission attempt?

JR: Not at all. I needed a statement win, and that was the only thing in my head at that point. ONE: Did the match go according to your game plan?

JR: We’d planned for the first and second round. We thought the first round was always going to be striking, as she might have practiced her takedown defense well. My coach told me that if she came toward me, that is the green light to go for the takedown.

The backup plan, if we entered the final five minutes, was to do what I do best – striking and my ground game.

I think I did well, but it would have been nicer to release more of my striking before taking the contest to the ground. ONE: What did this win mean to you?

JR: This win meant a lot to me. It’s just like all of my previous fights. Every match builds up my character and confidence, but this fight is special because it’s my comeback win after my first defeat to Gina Iniong.

I was not going to get over-confident because my opponent was very good. To win in front of Malaysia, in front of my supporters at home, made it even more special.

ONE: What did it mean for your family to travel hundreds of kilometers from Johor to be there?

JR: I really appreciate that they came all the way here to come and support me. My teammates from Ultimate MMA Academy also made their way down.

It’s not a short trip, and I was happy to know that they were in the crowd to cheer for me. 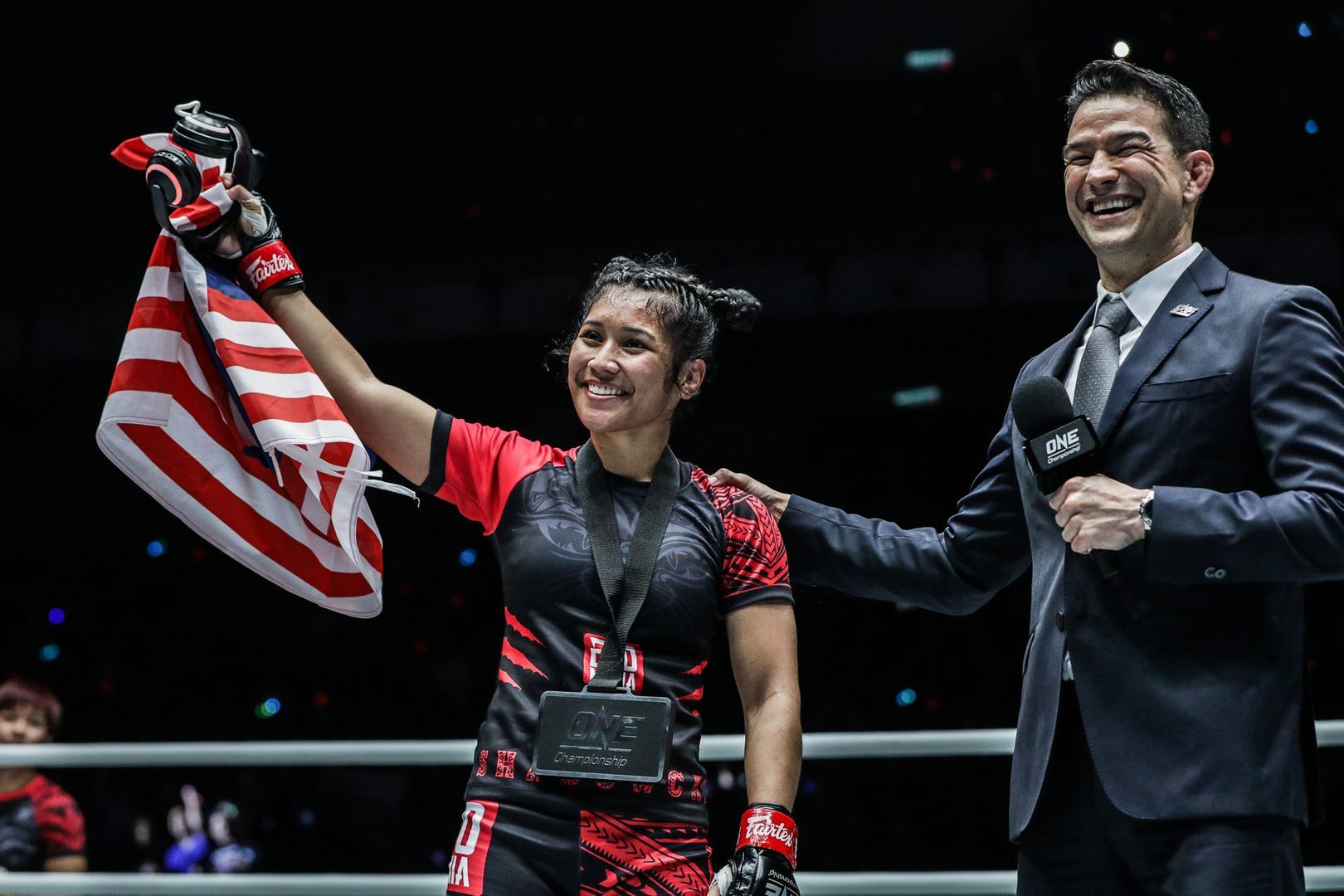 ONE: What was running through your mind when Mitch Chilson came in the ring to interview you?

JR: I have no idea why I said, ‘Good morning!’ I was nervous.

This was my first time talking on the mic, and my heart was beating so fast. I saw Mitch giving me the mic, and I was already fearing the worst!

JR: I’m not a picky athlete. In fact, most of my opponents are always who my coach guessed I would be facing next.

I would prefer to take somebody with a similar record or reputation as me, but if I pick up another three or four wins, I think Mei Yamaguchi would be the perfect opponent for me to test my skills against. 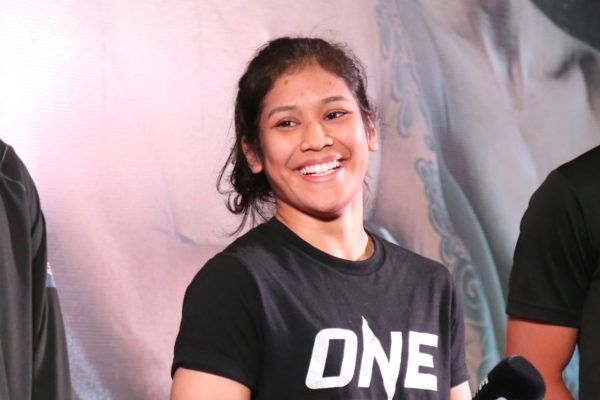