Jihin “Shadow Cat” Radzuan does not plan to hold anything back when she makes her ONE Championship return tonight. 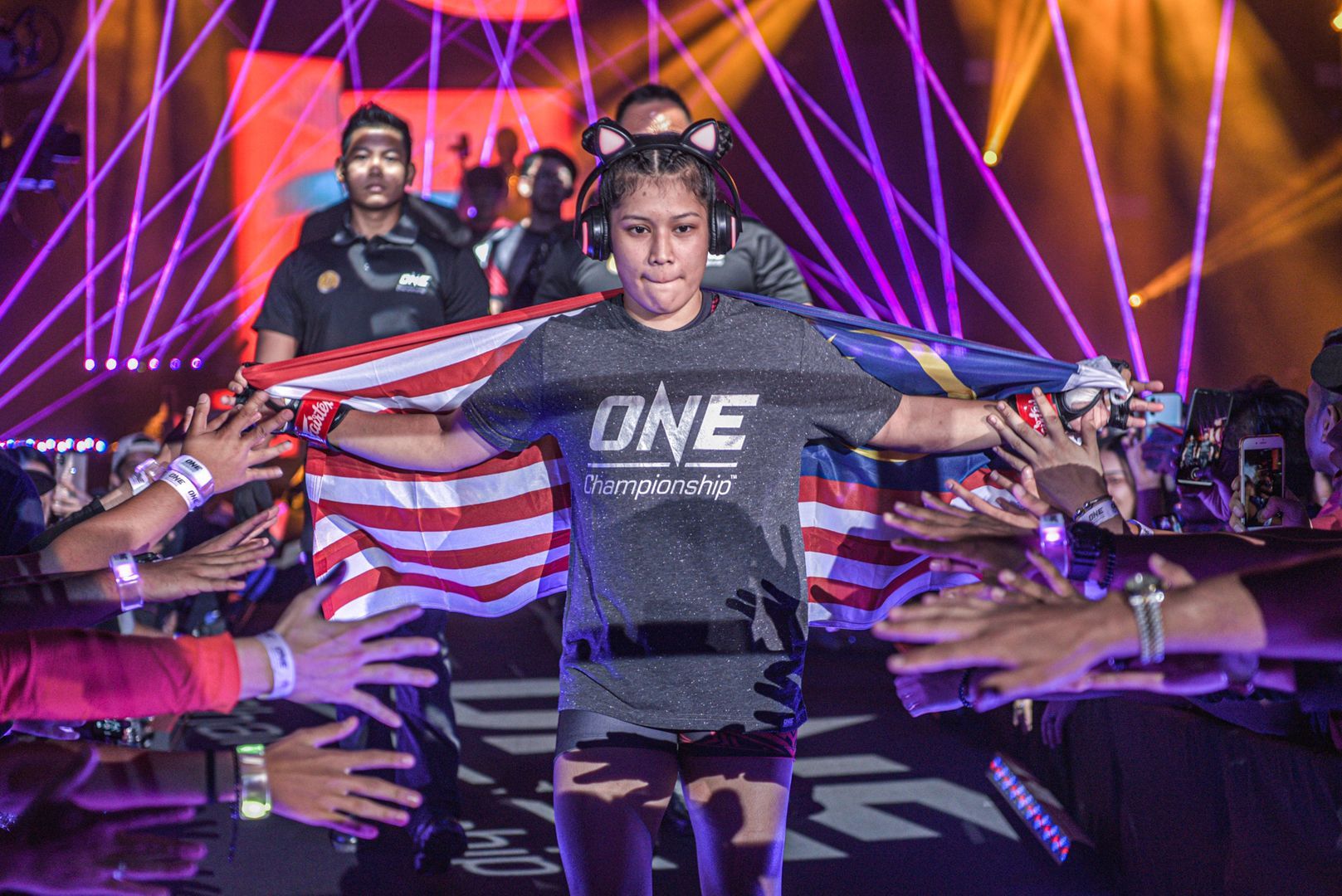 The Malaysian sensation is scheduled to face Bi “Killer Bee” Nguyen at ONE: BIG BANG, which broadcasts live from the Singapore Indoor Stadium.

This will be Jihin’s first bout of the whole calendar year, and the 22-year-old atomweight refuses to leave the Circle without a highlight-reel victory.

“I only have one thing on my mind going into this fight, and that is to put on a good performance,” the Johor Bahru native offers.

“I know we are both in the same boat in terms of the challenges to train throughout the whole COVID-19 situation, but I believe I’m more prepared than her in every aspect.

“There are two ways I want to finish the bout – by knockout or submission.” 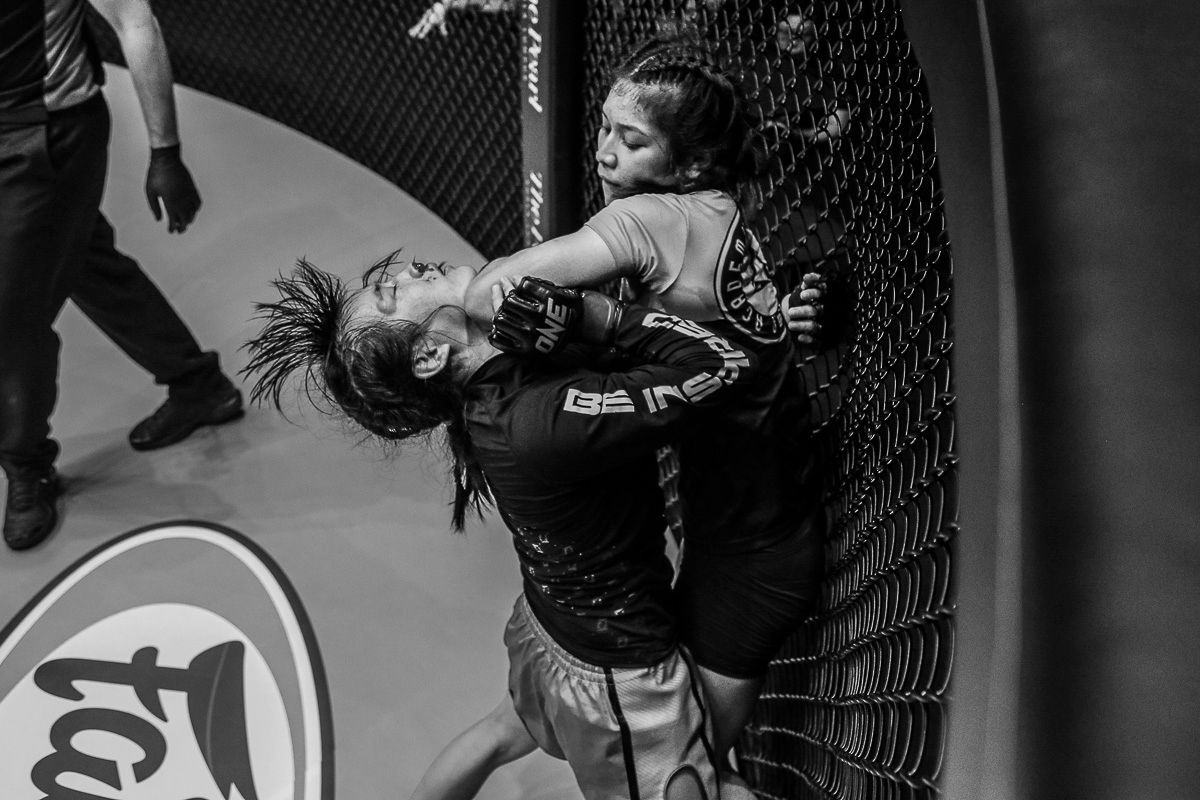 Jihin, a Malaysian Wushu Champion, has kept a close eye on Nguyen. In fact, she expressed her desire to challenge the Vietnamese-American superstar in March.

Since being granted her wish by ONE’s matchmakers, the Johor Bahru native and her head coach Melvin “Overkill” Yeoh have been studying “Killer Bee” very closely.

“My coach and I have seen a lot of her fights, and he has come up with a lot of different situations where we can catch or counter whatever she throws at me,” Jihin explains.

“I wouldn’t say she’s a much better athlete than me, but she’s good at her striking – and that’s about it. It’s hard to say what she can or cannot do, but I guess I’ll find out when I’m in the Circle with her. Overall, it’s going to be a good match.”

What will unfold in the Circle remains to be seen, but one thing is certain – Jihin is extremely hungry for success going into this bout.

It has been a challenging and grueling year for “Shadow Cat” due to the global COVID-19 pandemic. She was forced to train with new partners and adapt to new training methods due to the non-contact rules that applied to all martial arts gyms in Malaysia.

But instead of regretting what she cannot change, the Ultimate MMA Academy representative has opened her eyes to the opportunities that the pandemic brought about.

“It was very frustrating to me for a long time, and I was feeling very unmotivated to train when [COVID-19] hit us, but I kept telling myself I have to keep going and try to move forward,” she says.

“At the end of the day, we cannot put any blame on it. Everyone has been affected, people lost their jobs, and fighters like me weren’t able to compete like we usually do. Just staying positive really helped me.

“I saw it as a great chance to try and train new techniques, I had more time to spend with my family, and I even tried out stuff I’ve never done before. COVID aside, it’s been a pretty good year.” 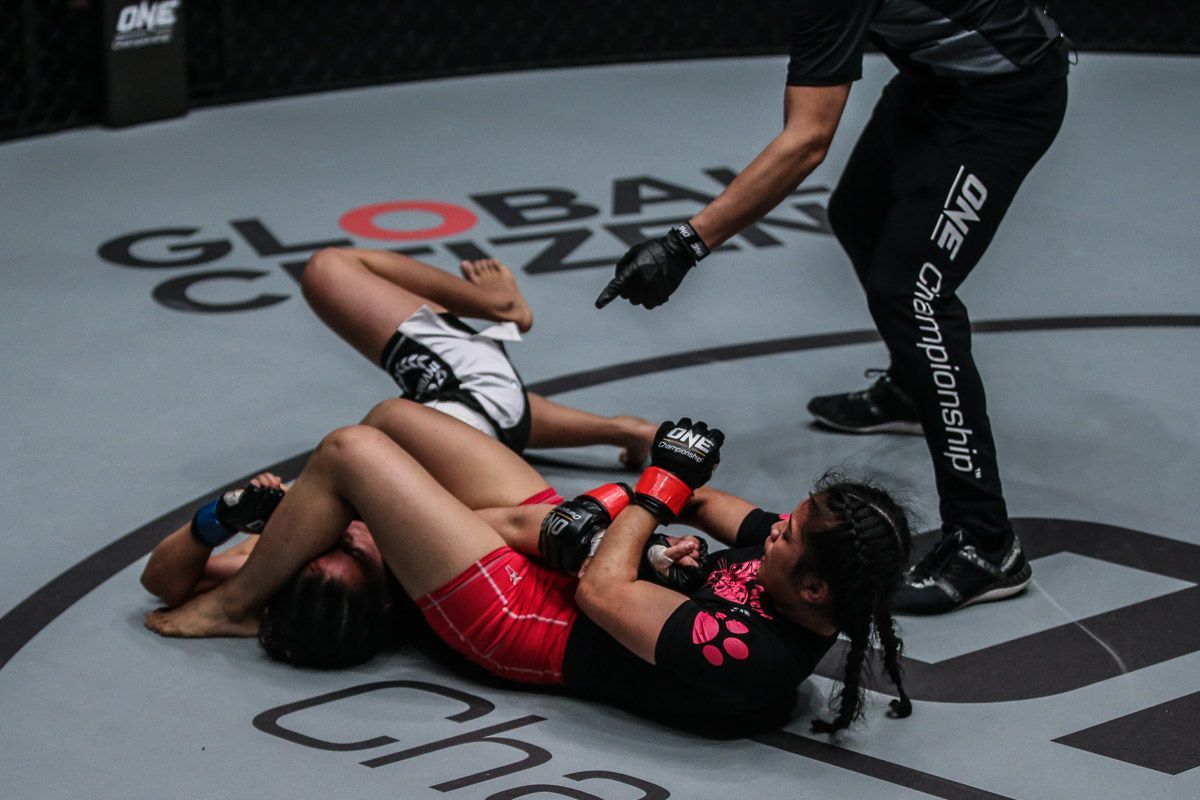 However, Jihin admits there is one thing missing from her definition of a “good year,” and that is tasting success on the global stage.

From the sounds of it, the young Malaysian star is determined to change that tonight.

Jihin is confident in her grappling, but the Malaysian Wushu Champion also feels comfortable with her stand-up arsenal. Because of that, and her 10-centimeter height advantage, “Shadow Cat” believes she has what it takes to sting “Killer Bee” at her own game.

“If she wants to keep it standing, I’m comfortable with that. If it goes to the ground, I’d be more than happy to fight her there. She’s alright at her striking, but I think I’m better at it,” Jihin admits.

“She has never really rocked her opponents, and it’ll be much tougher for her, as I’ve got a good height advantage. If there’s another thing that she lacks in that department, it’s that she doesn’t have many combos.”

A victory will be the icing on the cake in what started as a year of uncertainty and demotivation for “Shadow Cat.”

But like most of ONE’s athletes, Jihin has built an unbreakable warrior spirit and is prepared to put it on display once the Circle door shuts.

“I’m coming for that win, and I would love to climb up the rankings, too,” she says. “It hasn’t been an easy time, but it’s the best time for the toughest fighter to shine!”

Read more: Kryklia Out, Grigorian-Kondratev To Headline ONE: BIG BANG